Terrifying moment a snake charmer is bitten by a KING COBRA during a performance in Thailand, then passes out before he is rushed to hospital where doctors save his life

This is the terrifying moment a snake charmer is bitten by a king cobra – moments before passing out and being rushed to hospital.

Yuttapong Chaibooddee, 35, was performing at an animal show in Phuket, Thailand, when the venomous snake sunk its fangs into his arm.

The entertainer yanked the reptile from his arm and threw it to the ground before walking away and checking his wound. 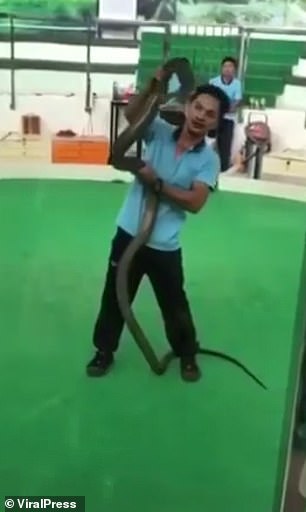 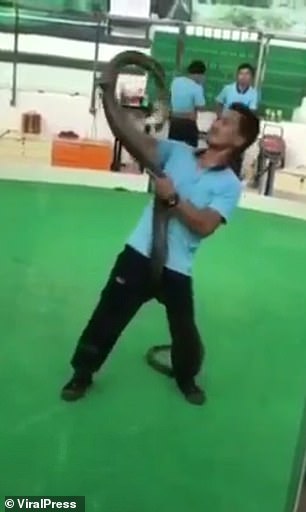 Yuttapong Chaibooddee was performing at an animal show in Phuket, Thailand when the king cobra struck

Mr Chaibooddee passed out just moments later and was rushed to hospital.

Doctors pumped the father-of-one full of antibodies and placed him on life support machines after he stopped breathing.

The snake charmer was released after three nights but even after ten days, he still has deep burn-like wound across on his left bicep, forearm, thighs and even inside his lips.

Mr Chaibooddee said: ‘I’ve been bitten by snakes many times but never had a strong injury like this. I was suffocating and then I was unconscious.

‘The snake was a king cobra from the south of Thailand and it’s venom was very powerful. It was unexpected. It is like a monster cobra, more powerful than others.

‘I thought I was going to die. I’m so very thankful to the doctors who saved me.’ 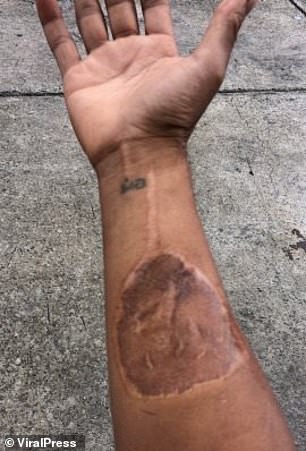 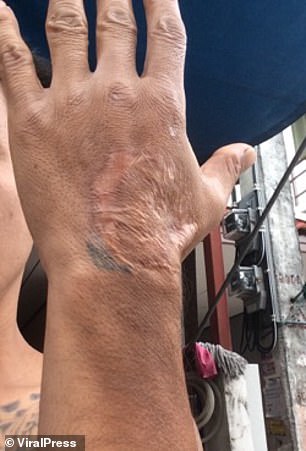 The snake charmer, 35, was rushed to hospital where he was given life-saving antibodies – but he still has dramatic scars on his arm and hand 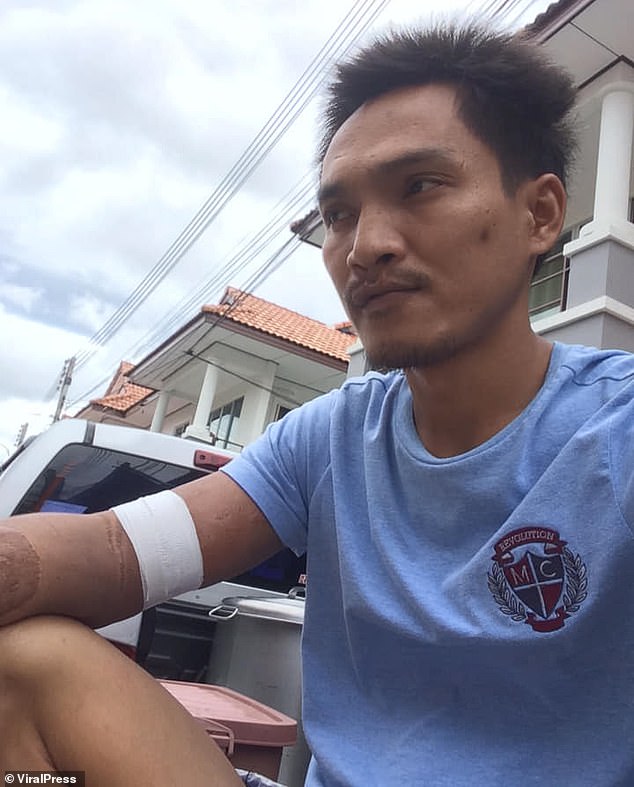 Mr Chaibooddee said he knows the industry is ‘high risk’ and accepts all responsibility for being bitten.

He added: ‘The snake’s instinct is to bite. It is not the snake’s fault.

‘I have many wounds but they are not infected. They are healing. The scars are on my arms and legs, just from one bite.

‘They show how powerful this snake’s venom is.

‘I was very lucky because we had the anti-venom nearby and an ambulance to take me to hospital.

‘Without that, I would have died.’