Ski-instructor escapes unharmed after falling off bike on mountainside A ski-instructor has narrowly escaped with his life after falling off his bike during the Hell Biker’s high speed race down a snowy mountain.

Video from a GoPro shows the man tumble from his bike before yelling expletives as he dodges other riders while sliding down the slope.

It was captured during the race in Les Deux Alpes, France, in June this year. 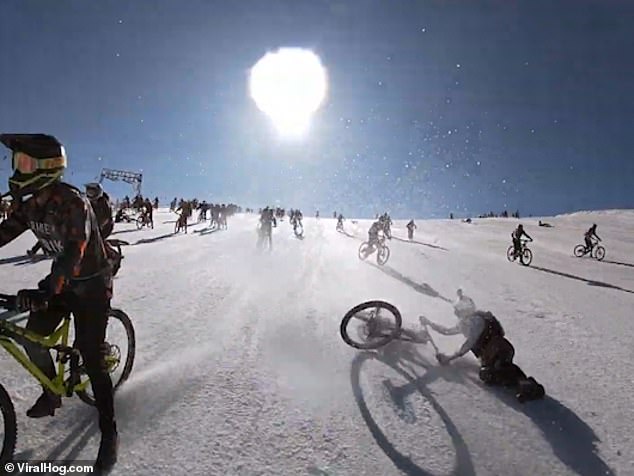 A ski-instructor has narrowly escaped with his life after falling off his bike while racing down a snow-covered mountain in France. (Pictured: The view after he fell off) 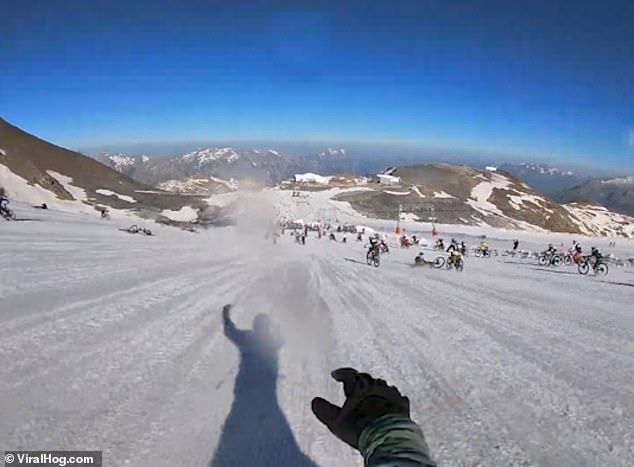 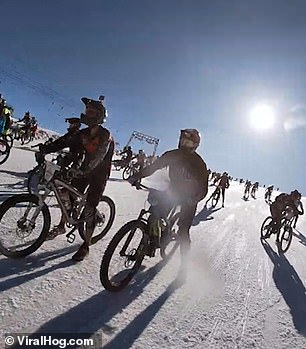 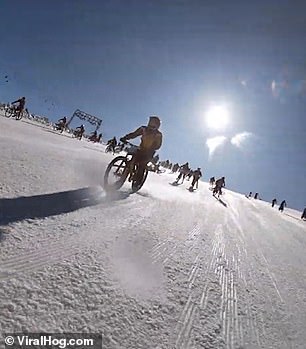 Terrifying footage shows the biker tumble off his ride before sliding down the slope on his feet.

As other bikes whistle past, the man desperately tries to clamber back up to get back to his bike.

The sound of a helicopter circling overhead can be heard as the man continues to scramble up the mountain, passing others that have also come off their bikes.

‘This was my first attempt at the mountain of Hell bike race but it will not be my last,’ he said, undaunted after the experience.

‘One of my friends persuaded me to enter and I had no idea what I had got myself into. 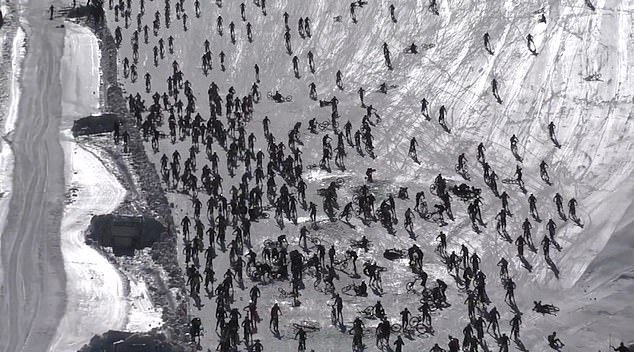 Hundreds of cyclists were seen falling off their bikes while pedalling over a snow-covered slope in Les Deux Alpes, France 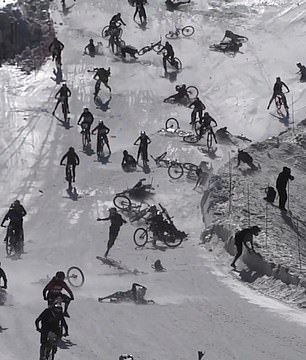 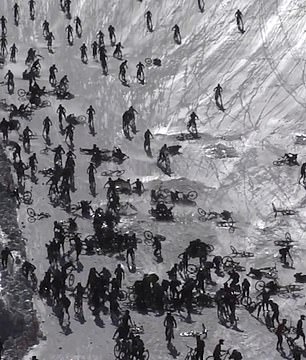 The cyclists started losing their grip and falling like dominoes after one tripped on the ice. No injuries were reported

‘Having ridden a little snow before, I felt like I would be ok.

‘I did not imagine there would be so much carnage nor did I realise the speeds I would travel at. I survived.’

Footage of the race, which involves 700 riders, showed hundreds of them falling from their bikes as they attempted to complete the 15-mile course.

Riders descend 900 metres down the snow-covered mountainside during the race.