Skater's Auschwitz uniform is nominated for costume of the year Skater’s Auschwitz uniform is nominated for costume of the year by top skating body, sparking fury from fans

The ‘offensive’ ensemble worn by Russian skater Anton Shulepov, featured a Star of David over the heart, the purple stripes of Auschwitz prisoners and elements of Nazi dress.

Shulepov skated in the outfit to the theme from Schindler’s List during a free skate competition at the Internationaux de France in early November.

His get-up caused murmurs on social media at the time but fans were furious on Monday after the ‘insensitive’ outfit was included in the ‘best costume’ category for the International Skating Union’s end of year awards. 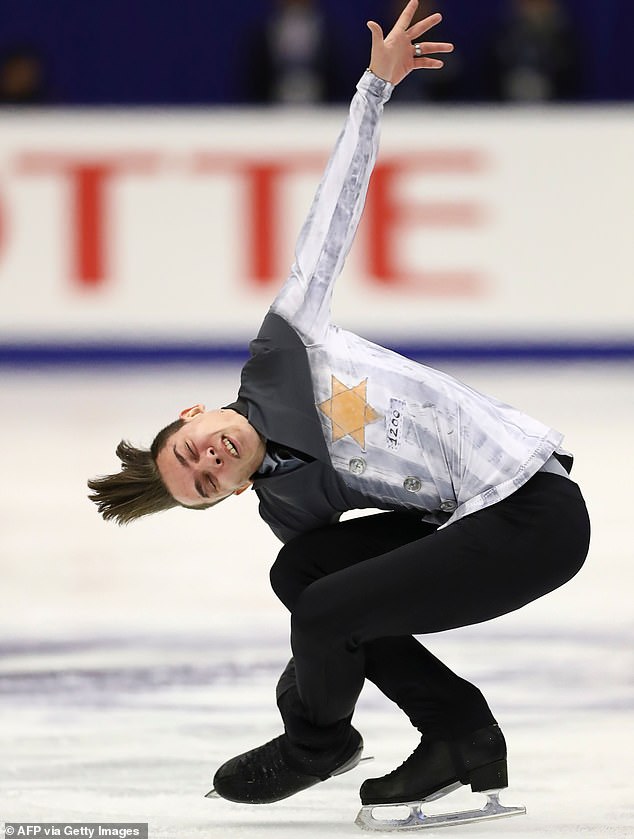 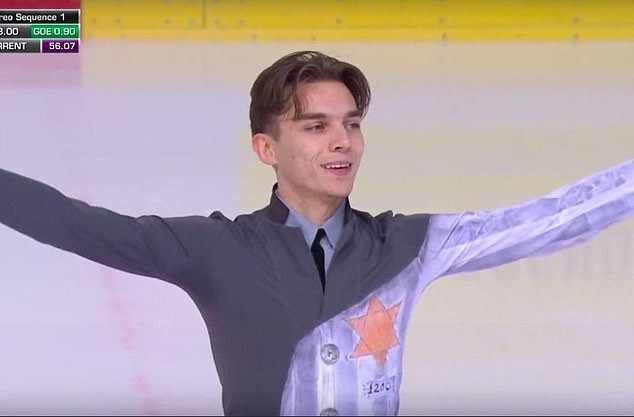 The ISU removed the costume from nominations on Monday after furious fans criticised Shulepov and the governing body. A photograph from November 23 pictures Shulepov wearing the costume, which bears the Star of David on the left breast, and an SS guard-inspired uniform on the right 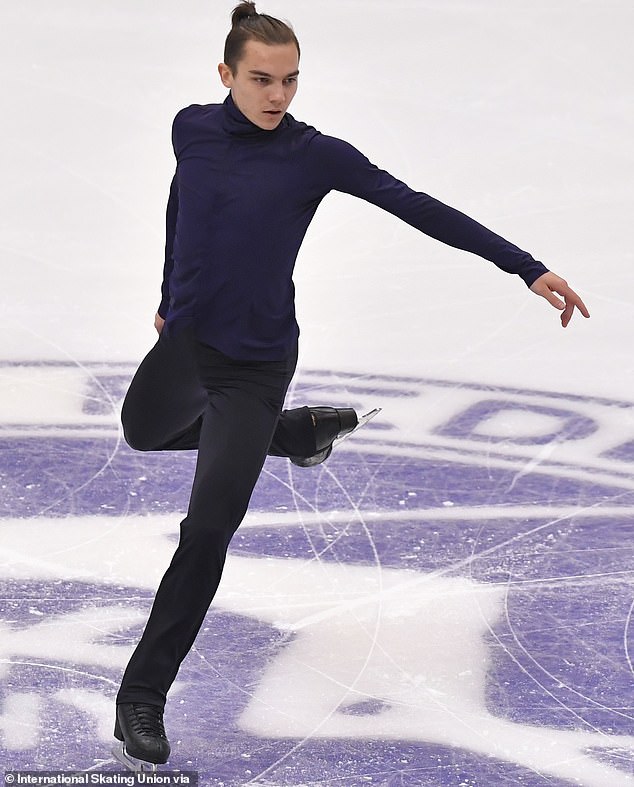 Anton Shulepov of Russia performing in the short program on November 22 in Sapporo, Japan. The outfit above is the one the ISU said they meant to nominate for best costume of the year

The ISU, the governing body for competitive ice skating, removed the choice from nominations after they received a torrent of criticism from fans.

The skating authority said it nominated the holocaust-themed ensemble by mistake.

‘The ISU regrets that by error the wrong costume (Free Skating instead of Short Program costume) of Mr Shulepov has been presented for voting,’ the ISU wrote on Twitter. They said they sincerely apologise for any offence caused. 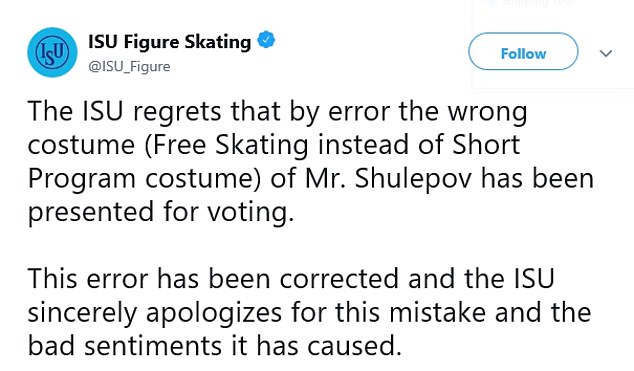 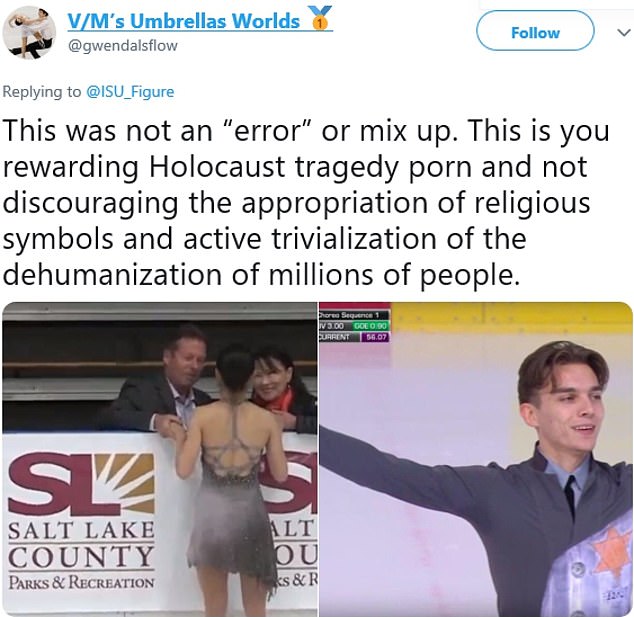 Twitter users came out to condemn the choice of outfit (bottom image), suggesting that the ISU had meant to nominate it (top)

One user said: ‘Gotta love skaters being rewarded for fetishizing others’ pain.’

‘This is absolutely horrendous! Anton Shulepov you should be ashamed of yourself,’ said another.

In a statement to the Guardian, the CEO of the Anti-Defamation League, Jonathan Greenblatt, called the costume ‘offensive’.

‘While we understand the need for skaters to be creative in their choice of costumes, Anton Shulepov’s apparent decision to evoke painful Holocaust imagery as part of his routine was insensitive and offensive,’ Greenblatt said.