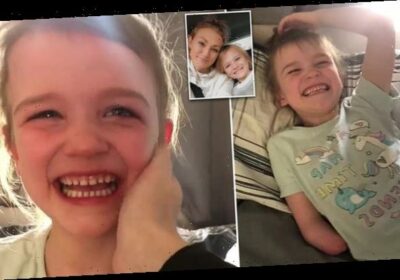 Tearful moment six-year-old girl born with a missing forearm is told she’s getting a ‘bionic’ limb after her mother raised £10,000 in just eight days

This is the heartwarming moment a six-year-old girl is overcome with emotion when she discovers she has raised the £10,000 needed to have a bionic arm fitted.

Footage shows Eloise Clark, from Lincoln in Lincolnshire, burst into tears of joy after her mother Charlotte, 27, confirms they have raised the money needed for her new state-of-the-art prosthetic in just eight days.

The schoolgirl, whose left arm ends just below her elbow due to a congenital condition called amniotic band syndrome, hugs her mother as tears stream down her face before saying ‘thank you’.

During the clip, Eloise’s mother asks her daughter: ‘How much money do we need? So we need £10,000 don’t we? Do you know what we’ve got? You’re getting your arm baby!’ 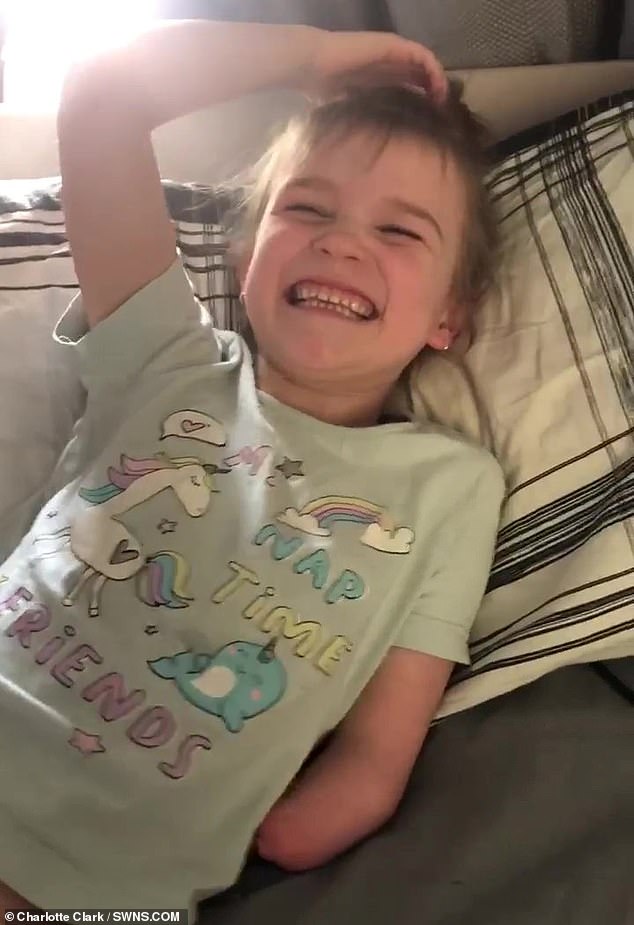 Six-year-old Eloise Clark, from Lincoln in Lincolnshire, finds out she has raised the £10,000 needed for her new bionic arm 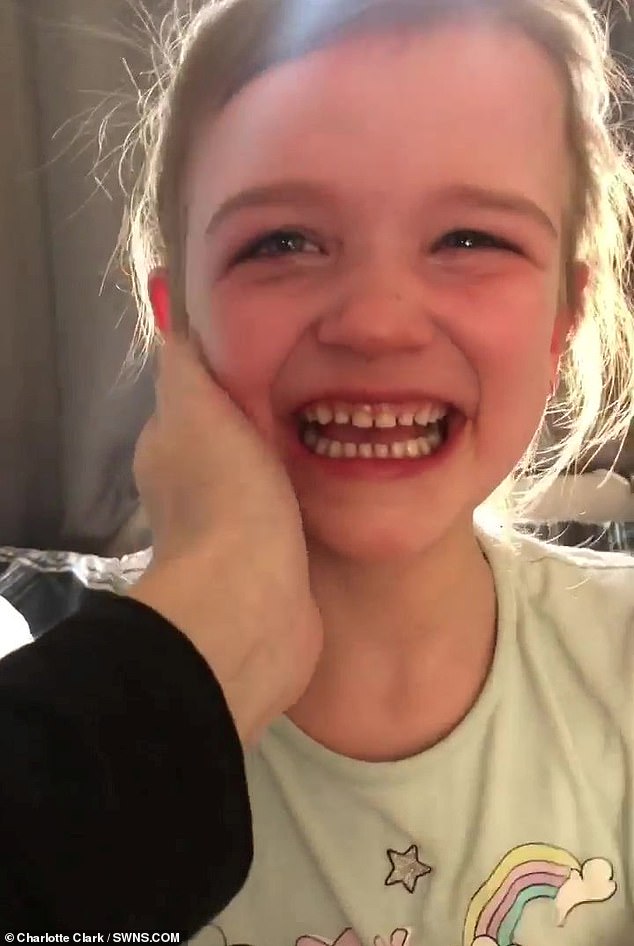 The young girl, who has a congenital condition called amniotic band syndrome, beams at her mother as tears begin to stream down her face

The schoolgirl gives her mother an enormous smile before moving towards her for a hug and reappearing on-screen with tears streaming down her face.

Eloise’s mother goes on to tell her daughter: ‘It was eight days. We’ve done it in eight days. Are you happy? What do you say to everyone?’

The six-year-old beams at her mother before saying: ‘Thank you.’

Charlotte said she set up a crowdfunding page earlier this month in an attempt to  raise £10,000 for the new state-of-the-art bionic arm.

She said her daughter’s condition had affected her confidence over the years and left her feeling like an outcast from other children at times.

The mother-of-two said: ‘Eloise has wanted a bionic arm for years so to finally be here feels amazing and quite surreal.

‘We just can’t believe how generous people have been and how quickly we have reached the target, it’s overwhelming.

‘This will make such a huge difference to Eloise’s life, she will be able to do so many things that she can’t do now.’

She added: ‘Eloise’s arm has always affected her confidence.

‘I tell her all the time that she’s beautiful and nothing is wrong but she wants to have two hands and that’s her choice.’

Charlotte said Eloise was overjoyed at the support she has received and is taking the surreal experience in her stride. 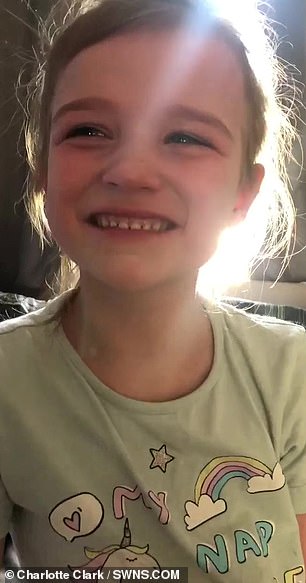 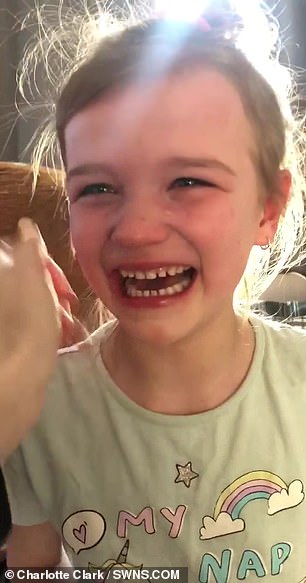 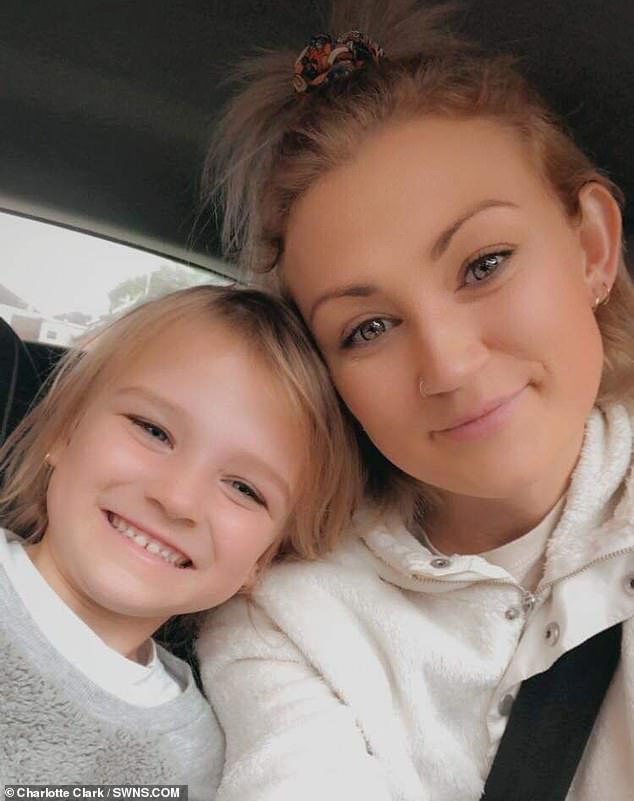 Eloise was born with a condition called amniotic band syndrome, which can occur when the inner layer of the placenta is damaged during pregnancy.

Strands of tissue can then tangle around the developing foetus, restricting blood flow, thus affecting the growth of certain body parts.

This can cause congenital deformities such as shortened limbs, as in Eloise’s case.

Charlotte said: ‘Since Eloise was born she’s had numerous hospital appointments and tests but nothing has ever phased her. Every single day she amazes me more and more. 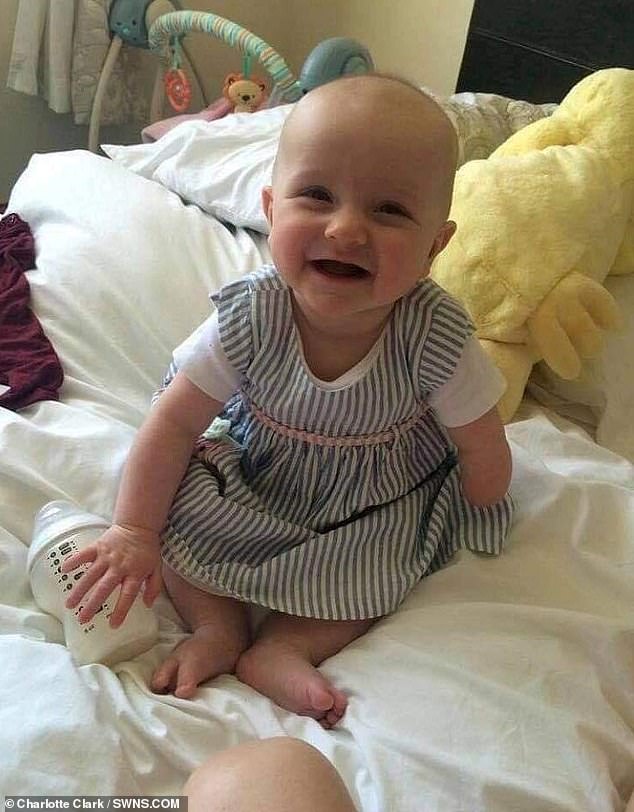 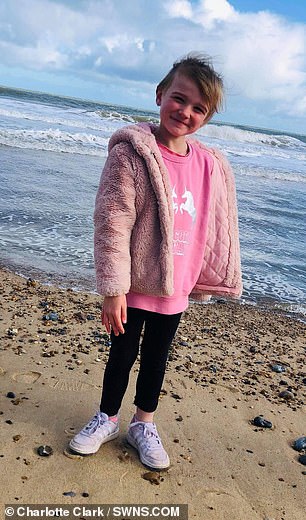 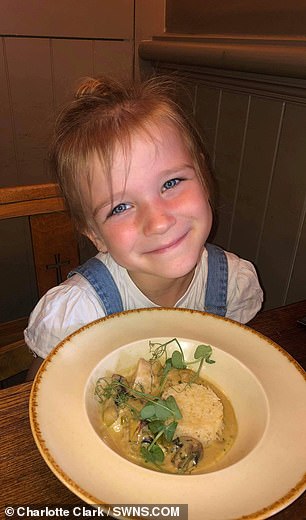 ‘Eloise has always found ways to get tasks done, for example as a baby she used to use her feet to help play with her toys, she’s found ways to cut her dinner up using a knife and fork. The list is endless.’

Charlotte said the decision to get a bionic arm, which will be fitted in at the end of this year, was Eloise’s and that once it is fitted she will be able to do more than ever before.

The money be spent on a prosthetic made by Bristol-based firm Open Bionics.

The firm use a state-of-the-art 3D printer to build prosthetic arms which gives amputees never before experienced mobility.

Charlotte said the standard fee is £10,000 but if they raise more then they will use the money for additional expenses such as travel.

The mother-of-two would also like to set up a charity to support others in similar situations in the future.

You can donate here: https://uk.gofundme.com/f/eloises-bionic-arm