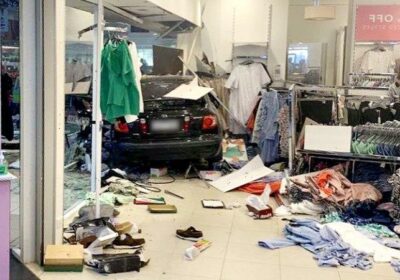 Six people were injured when a car careered into a Northcote shopping centre and came to a dramatic stop in a clothing store on Wednesday. 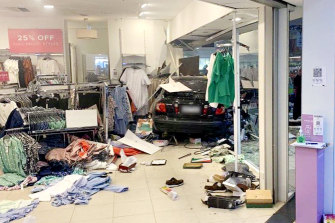 The car ended up in a clothing store a Northcote Plaza.Credit:Instagram

The incident at Northcote Plaza on Separation Street happened just before 11am, forcing the shopping centre to be partially evacuated.

Police are not treating it as a deliberate act.

Glass, clothes, shoes and shop fittings were strewn all over the store where the car came to its stop.

Paramedics rushed to the scene to treat six people struck by the vehicle. Police said their injuries did not appear to be life-threatening.

Those treated at the scene included a man and a woman who were taken to the Royal Melbourne Hospital in a stable condition.

Another woman was taken to St Vincent’s Hospital for further observation.

Two further people were assessed at the scene, but they were not taken to hospital, paramedics said.

The driver of the vehicle, who also sustained non-life-threatening injuries, was assisting police at the scene. 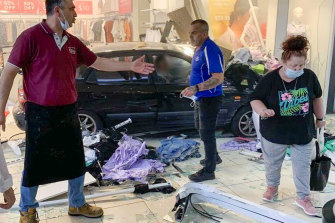 Staff and shoppers respond to the bizarre scenes at Northcote Plaza.Credit:Instagram

Police said they also evacuated some occupants of the plaza to allow for a structural assessment of the building.

Anyone with information is urged to contact Crime Stoppers on 1800 333 000 or make a report online at www.crimestoppersvic.com.au