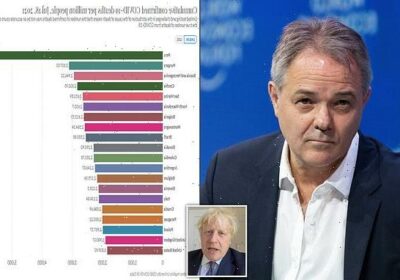 One of the Government’s top scientific advisers has today accused Boris Johnson of ‘political manoeuvring’ for delaying the Covid public inquiry until next year.

SAGE epidemiologist Sir Jeremy Farrar laid into the Prime Minister, attacking him for prioritising saving reputations instead of lives.

He said there was ‘absolutely no reason’ to wait, and pushing the investigation down the road failed to honour Britain’s 150,000 victims of the pandemic.

The Covid inquiry is set to begin in spring 2022 — but experts and bereaved families have criticised this date as far too late to learn from mistakes.

There are concerns it won’t be able to report its findings until 2023, which could be after the next election, should Mr Johnson decide to cash in on support buoyed by the successful vaccination drive.

Britain has suffered the 19th highest Covid death rate in the world, placing it above the United States, Germany and France. 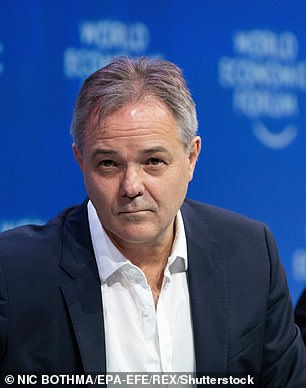 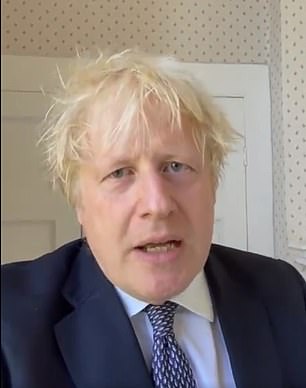 Sir Jeremy Farrar laid into the Prime Minister today for delaying the inquiry, and accused him of failing to honour Britain’s more than 150,000 virus victims 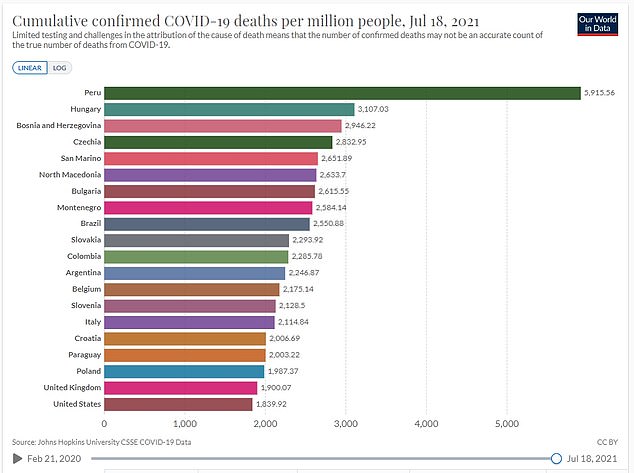 Britain has suffered the 19th highest Covid death rate in the world, placing it above the United States, Germany and France.

Boris Johnson’s decision to avoid imposing a circuit-breaker lockdown back in September was ‘catastrophic’ and warns talk of ‘Freedom Day’ tomorrow is ‘premature’ as the ‘pandemic is far from over’, according to a senior member of SAGE.

Sir Jeremy Farrar, director of the Wellcome Trust charity, says the Government’s scientific advisory group met on September 21 last year and recommended ‘a package of interventions’ to reverse the ‘exponential’ surge in cases which followed the easing of restrictions last summer.

The measures including a short lockdown, known as a ‘circuit-breaker’, restrictions on the economy such as the closure of hospitality businesses and work from home, draconian bans on households mixing except for those in support bubbles, and a move to online university and college learning, Sir Jeremy says.

An accompanying paper summarising the impact of various restrictions noted that ‘not acting now to reduce cases will result in a very large epidemic with catastrophic consequences in terms of direct Covid-related deaths and the ability of the health service to meet needs’, he adds.

However, the Prime Minister’s refusal to impose a short lockdown in September allowed the epidemic to ‘continue its upward trajectory’ and ‘fostered the conditions for the arrival and then the domination of new variants’, Sir Jeremy claims.

Sir Jeremy, director of the Wellcome Trust, has sat through several meetings with the Prime Minister, and played an instrumental part in advising the Government’s pandemic response.

But he has now broken ranks to call for Mr Johnson to bring forward the inquiry.

The panel could be set up in just three to six months, meaning it could be launched far earlier than March next year.

Ministers only gave an approximate date for the inquiry two months ago at the end of the second wave in May.

In extracts from his new book — Spike: The Virus vs The People, The Inside Story — published in The Times, Sir Jeremy said: ‘Boris Johnson has announced that a public inquiry will start in 2022.

‘It is a disgrace it will take that long. There is absolutely no reason, other than political manoeuvring, to wait.

‘Everyone needs to learn the lessons, scientists included. We only honour the dead by pledging to learn from the mistakes that cost them their lives.’

Sir Jeremy urged ministers to ensure the inquiry was independent so that it could make a ‘hard-nosed’ assessment of how departments responded.

In a separate extract, he also accused Boris Johnson of a ‘lack of strategic thinking’ after attending a Downing Street meeting with him in March 2020.

‘He sat at one end of a table waving his arms around as he put in offers to buy millions of tests of uncertain provenance, brushing off concerns of others in the room who felt, rightly, that test kits needed a degree of quality control.

‘The early part of the pandemic was organisational mayhem, with a combination of an absent Prime Minister, dysfunctional state apparatus and multiple departmental fiefdoms.

‘The lines of responsibility seemed not just blurred but invisible.’

Sir Jeremy’s new book is being serialised by The Times.

Yesterday they published extracts where the top expert said he considered stepping down from SAGE because of the Government’s slow response to the virus.

He also criticised Mr Johnson’s failure to impose a circuit-breaker lockdown in September as ‘catastrophic’ and setting the scene for the devastating second wave.

He said the lack of restrictions allowed the epidemic to ‘continue its upward trajectory’ and ‘fostered the conditions for the arrival and then domination of new variants’.

Mr Johnson has come under fire for his handling of the pandemic, including failures to ramp up testing capacity and the monumentally expensive Test and Trace scheme.

Ministers have similarly faced criticism for allowing potentially infected people to be discharged to care homes, and for their handling of lucrative PPE contracts.

Under sustained pressure Mr Johnson committed to hold an inquiry next year.

But he has since resisted calls to bring it forward, with No10 arguing it would not be right while the NHS still faces pressure in the winter.

A No10 spokeswoman told The Times: ‘We want to learn lessons quickly and the inquiry will report within a reasonable timescale but the end of lockdown is not the end of the pandemic.

‘Spring 2022, after the pressures we can expect on the NHS over winter, is therefore the right time for the inquiry to begin.’