Shoppers warned against buying ‘rip-off’ Christmas vouchers that expire in APRIL, as a fifth more complain about gift cards than a year ago

Shoppers are being warned against buying ‘rip-off’ gift vouchers for loved ones this Christmas that expire as soon as April.

Research shows that many are riddled with hidden fees and exclusions.

Spending on gift cards and e-vouchers rose by 7 per cent last year, according to the UK Gift Card & Voucher Association. But complaints are also rising.

The Government has called for expiry dates on gift cards and vouchers to be two years or more, but many companies are flouting this guidance. 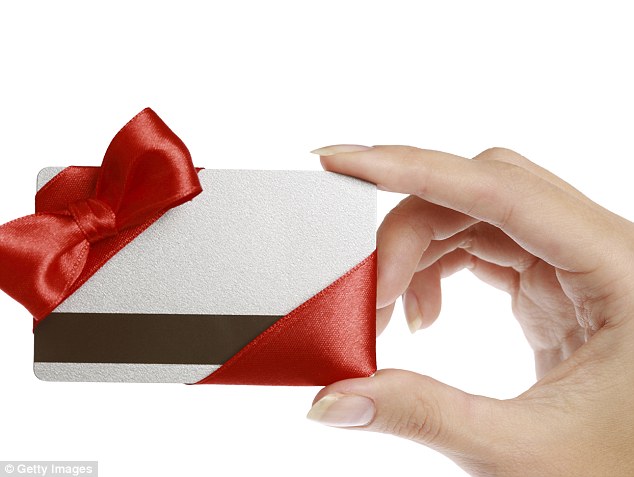 Experiences such as driving days, photoshoots and spa trips are typically valid for nine to ten months, but the Daily Mail found examples of vouchers that were valid for shorter periods. Other examples carry restrictions including weekday-only booking, and expensive add-ons.

Martyn James, of Resolver, said: ‘Gift cards are, let’s face it, a lazy gift. But they’re also a bit of a liability. No-one wants to throw away money but the fact is that’s precisely what happens with gift cards.’

Its experiences typically have expiry dates of nine months, but some are for only four months, including vouchers for family photoshoots.

Expiry dates are marked in red online during booking and repeated to the recipient, but not all customers appear to spot it.

One disgruntled shopper called Sasha said the voucher she bought through Virgin was a ‘total con’.

She booked two cocktails for two people at The Gherkin in the City of London for her mother’s birthday last month, costing £36. But she was ‘horrified’ to discover that the most expensive cocktail on the menu was £16, with most costing £13.

A gift voucher for afternoon tea at the Kensington Palace Pavilion in west London is valid for only six months.

Meanwhile, gift cards for high street retailers also carry a host of exclusions. The One 4 All gift card, for example, deducts a 90p administration fee from gift cards every month, starting 18 months after purchase.

Spokesmen for the gift card firms all said that customers were informed of the expiry dates and other terms when they bought the cards.

Commenting on criticism of the Gherkin voucher, a spokesman for Virgin Experience Days apologised to the customer and said: ‘This experience includes a sharing plate, which the customers should have enjoyed with their cocktails.

‘Due to an admin error, this wasn’t made clear in the experience description.’

The firm said the time limit on its four-month photoshoot offer was ‘specified by the supplier’.

A spokesman for One4all Gift Cards said that if any credit was left on a card after 18 months it charged ‘a small fee to meet the costs of holding that money’.

CH&CO, the catering provider for Kensington Palace Pavilion, said it tried to accommodate customers whose six-month vouchers had expired.