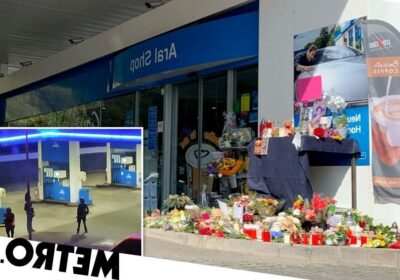 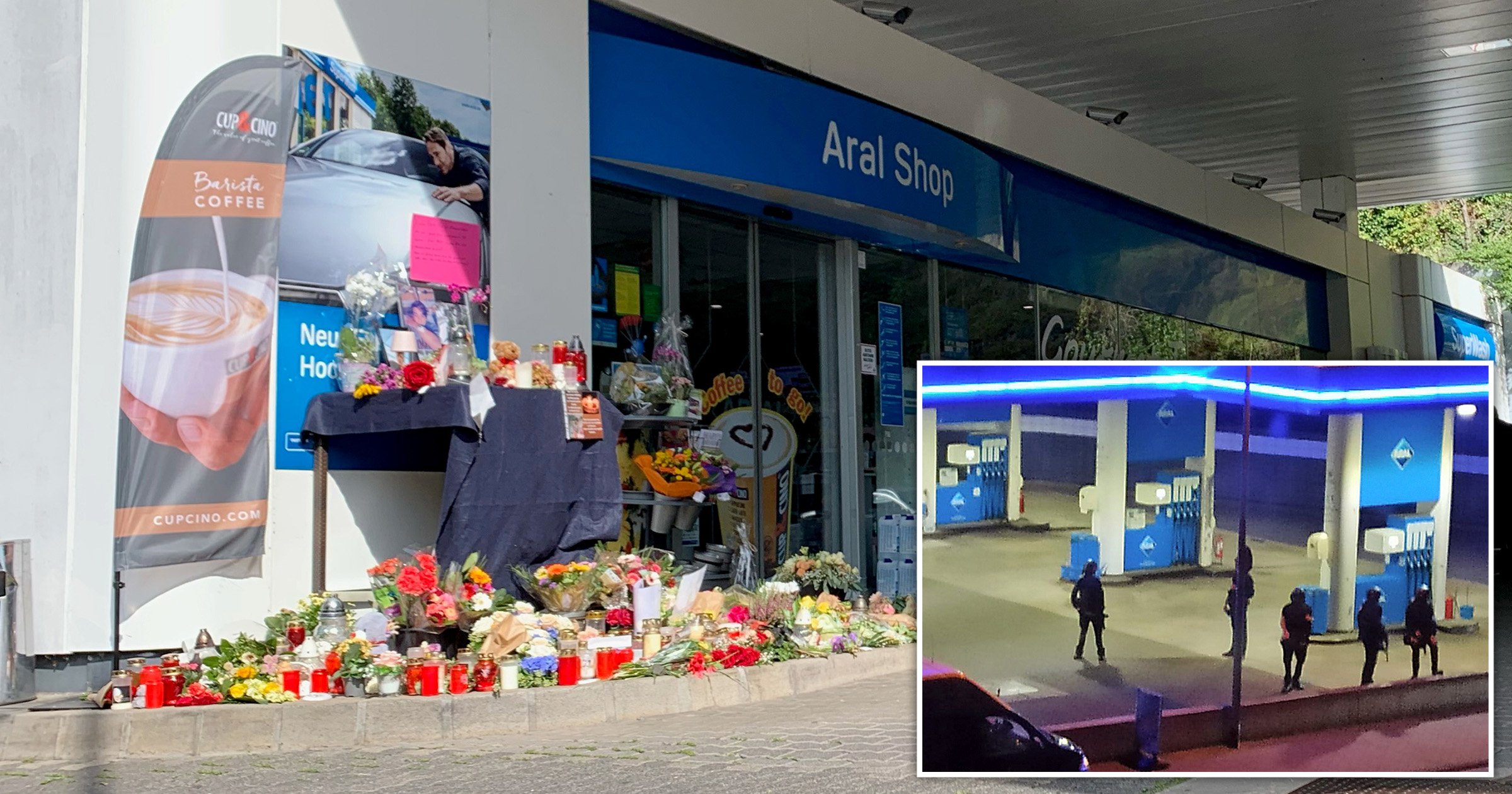 A young gas station attendant was gunned down by a customer who refused to wear a face mask in Germany.

The 20-year-old was killed when the customer returned, having left the shop in Idar-Oberstein near the Luxembourg border at 7.45pm on Saturday empty-handed.

He came back at 9.25pm wearing a mask and met the attendant at the checkout. There, he removed the mask and the pair had ‘another short exchange of words’ before he pulled a revolver from his coat pocket and shot the young man in the head.

An overnight manhunt was launched with police helicopters. It proved unsuccessful, but a 49-year-old man, accompanied by a woman, handed himself in at 8.40am the next day.

A shrine has been set up at the gas station entrance and locals expressed little sympathy for the alleged killer.

A man said: ‘I’m sorry but I have no understanding for this person who felt rejected.

‘But this crime here, it’s not about the face mask which led to this. I see it as a signal. We should think seriously about this.’

An investigation is ongoing, including on the origin of the man’s weapon for which he had no licence, according to German media.

The murder took place a week before a federal election in which the far-right AfD has tried to woo voters with an anti-lockdown and anti-vaccine campaign. The party, on around 11% in polls, harbours many coronavirus deniers.

Today politicians responded to messages circulating on social media from far-right groups and so-called ‘Querdenker’ (lateral thinkers) who deny the existence of the virus and showed sympathy towards the killer.

Foreign minister Heiko Maas tweeted: ‘The hate and incitement coming from these people who can’t be taught divides our community and kills people. They have no place in our society.’

Justice minister Christine Lambrecht said it was disgusting how the killing had been misused to fuel hatred.

She said: ‘The state must counter the radicalisation of coronavirus deniers who are willing to use violence with all possible means.’