Home » World News » Shooting was accident, suspect says: ‘If I intended to ever use the gun, I would never have missed’

Shooting was accident, suspect says: ‘If I intended to ever use the gun, I would never have missed’ A suspect whose gun went off during a struggle with a motel security guard claims the shooting was an accident, according to reports.

“If I intended to ever use the gun, I would never have missed the target,” Allison Nicole Daughtrey, 34, told police, according to charging documents.

The Baltimore Sun reported that police responded to the motel in Towson, Md., where Daughtrey and her girlfriend had allegedly been fighting Monday afternoon. 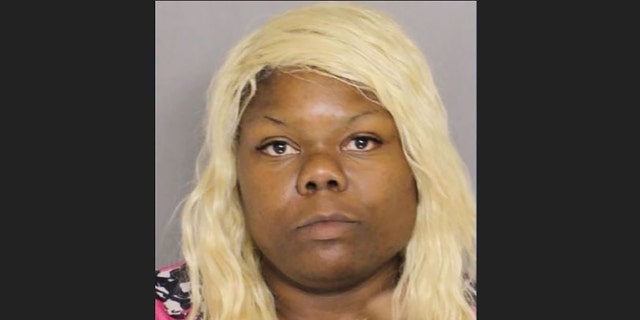 But according to Baltimore’s WJZ-TV, the charging documents indicate the women claim they weren’t fighting but engaged in “loud sex.”

The altercation with the security guard began when the guard tried to get the women – and an unspecified number of children staying with them — to leave the property, the Sun reported.

As officers were overseeing the pair packing their belongings and preparing to exit the motel, a gunshot rang out – and a motel employee told police the security guard was restraining the shooter.

The guard later told police Daughtrey had pulled out a handgun and fired during the struggle, in which she also allegedly bit his right arm.

The bullet only damaged a wall and curtains inside the motel lobby, but the guard was treated for a hand injury, according to the newspaper.

Daughtrey reportedly told police the guard struck her in the face, so she grabbed her handbag to swing it at him, but the gun fell out and fired.