A Cabinet Minister today led protests over an intoxicated ‘hit and run’ driver jailed for two years and told to pay a ‘derisory’ £156 compensation after leaving a teenage boy with ‘horrific wounds’ and his dog fatally injured.

Environment Secretary Robert Jenrick said he was ‘deeply shocked’ that the driver was not given a much tougher penalty for the ‘horrendous’ crime.

Police said Daniel Moncaster, 17, was left with ‘horrific’ wounds walking his dog, 18-month-old whippet Nico, when they were hit by a car two months ago.

The badly injured pet was taken to a specialist vet in Birmingham 70 miles away but died despite attempts to save it. The driver, Andrew Pittman, 38, drove away but was later arrested. 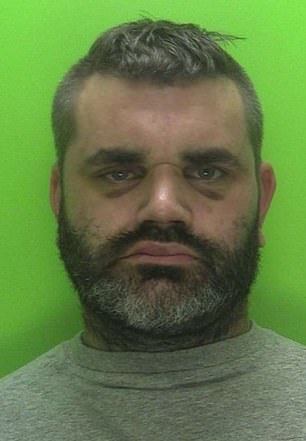 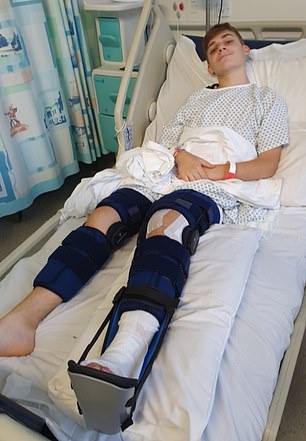 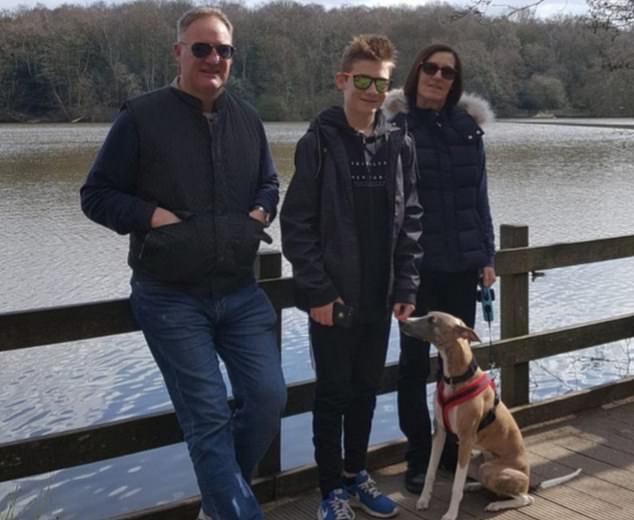 He admitted causing serious injury by dangerous driving, failing to stop, driving under the influence of drugs and causing criminal damage at Nottingham Crown Court earlier this month.

He was sentenced to two years in prison and told to pay a ‘victim surcharge’ of £156 to Daniel, who lives in Mr Jenrick’s Newark constituency.

A similar review was referred to the Court of Appeal in August after the killers of PC Andrew Harper, who suffered catastrophic injuries when he was dragged behind a getaway car in Berkshire last year, were cleared of murder. 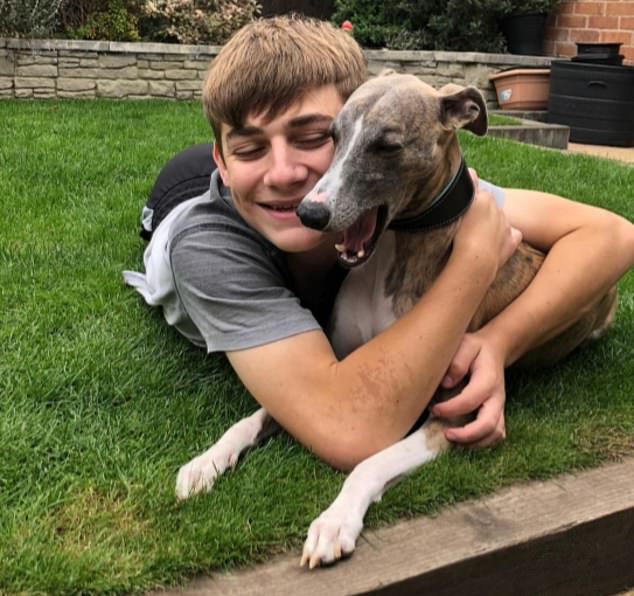 Daniel is pictured with his dog, 18-month-old whippet Nico. The badly injured pet was taken to a specialist vet in Birmingham 70 miles away but died despite attempts to save it

‘To give a two year sentence for a horrendous crime like this is shocking and far too lenient,’ Mr Jenrick told the Mail.

‘This man was on drugs, driving dangerously and left a child and a dog to die in agony. Daniel has potentially life changing injuries. The £156 compensation is derisory. I doubt he will even serve the full two years.

‘I have asked the Attorney General to review this case as a matter of urgency. It is exactly the kind of case that the unduly lenient sentencing law was intended to put right.’

Daniel’s father John Moncaster has told how he rushed to the scene to find his son lying in the road after the accident in the family’s home town of Bingham, near Nottingham. 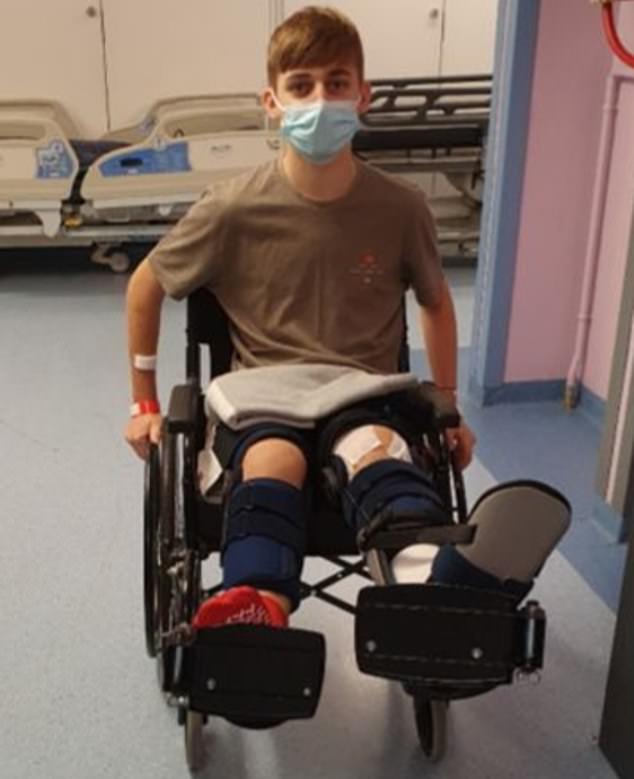 The Moncasters’ neighbours had heard a screech of car tyres and a loud bang when the crash occurred. Pittman drove to his home 400 metres away but was later apprehended by police.

‘It was gut-wrenching to see Daniel on the floor,’ said Mr Moncaster.

‘He is still suffering now and will be for some time. His legs required extensive surgery to repair including plastic surgery and skin grafts.

‘He has pretty much been bedridden for the past six weeks. Losing Nico has also taken a huge toll on his mental health.’

Daniel’s mother, Sharon Moncaster said: ‘People need to understand the potential consequences of their actions. Daniel is suffering both physically and mentally as a result of the recklessness of one person.

‘The sentence isn’t a silver lining but I hope that Pittman has the opportunity to reflect on the damage he has inflicted on our son.’ 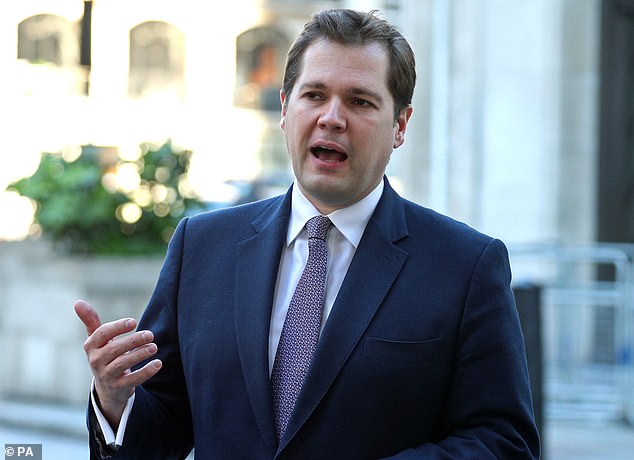 Detective Constable Sarah Stables of Notts Police said: ‘Pittman was a danger from the second he got behind the wheel, knowing he was intoxicated. Daniel and his family now have to live with the consequences of his selfish actions.’

Mr Jenrick said he is backing a campaign by former prime minister Theresa May to increase the maximum penalty for dangerous driving.

Earlier this year Mrs May proposed a new law increasing the maximum prison sentence for the offence from 14 years to life imprisonment.

She said many families who lost loved ones as a result of dangerous driving believed that lenient sentences denied them justice.

‘I agree with Mrs May that we stiffer penalties should be available to courts for dangerous driving offences,’ said Mr Jenrick.