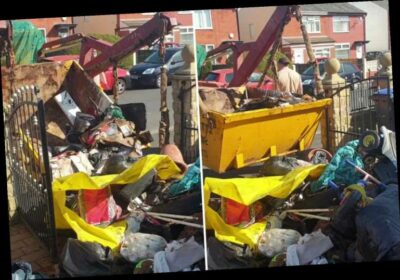 THIS is the moment a worker empties a skip onto a woman's driveway – days after her mum's funeral.

Lynn Prestage, of Blackpool, Lancs, paid £192 to hire the skip after her mother died. 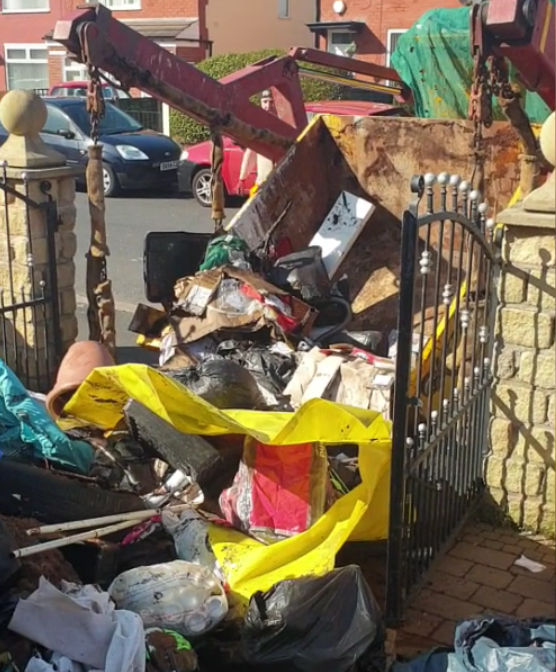 She asked a third party company to collect it on Friday – the day of the funeral service.

Local company Lytham St Annes Skip Hire then arrived to collect it on Monday but found it to be "double the amount of waste that the skip would hold".

The firm claims the customers became abusive after they ordered a small skip packed with too much waste for them to safely remove.

A row then broke out after three mattresses were laid on top of the household waste.

The skip operator stormed off for around an hour before returning to tip the entire contents of the skip on the driveway, it's claimed.

She wrote: "This is what happens when you pay £200 for a skip, only for them to moan about taking mattresses when it was confirmed as ok.

"He thought it was acceptable to empty the lot over our drive.

"Now it's a fight to get our money back if they answer the phone." 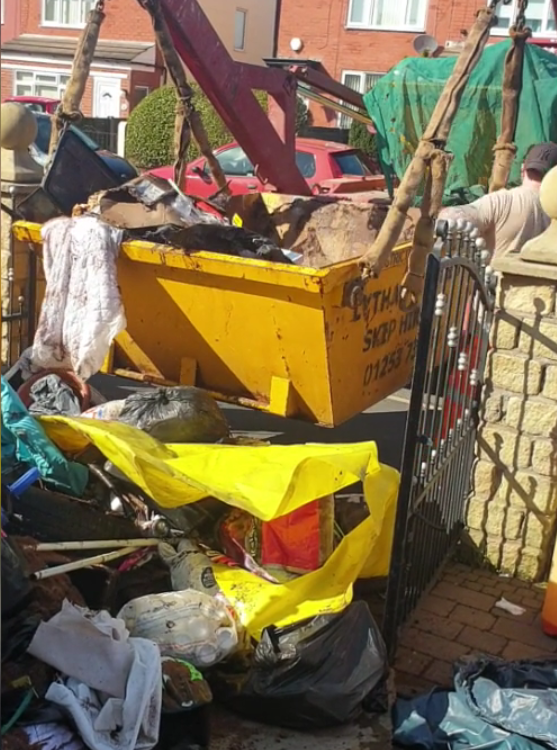 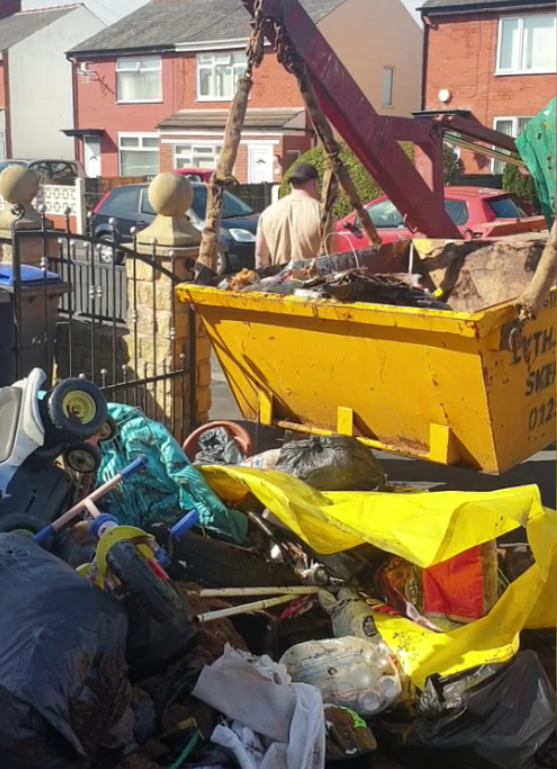 And speaking from her home, she said: "The driver came on Monday afternoon and refused to take the load of mattresses.

"He drove off and then returned an hour later.

"He hooked up the skip, cut the rope we had used to hold down the load, and proceeded to drag the skip down my driveway.

"The contents were fly-tipped on my driveway as we had an argument with the driver.

"Now the company says we will have to wait to get our money back."

Lytham St Annes Skip Hire wrote a statement on its Facebook page and it was a case of a customer "trying to get more than what they have paid for".

The spokesman said: "You may see a video being shared of a skip having been tipped out on a driveway by ourselves.

"This was a result of a customer who booked through a third party broker attempting to dispose of double the amount of waste that the skip would hold. 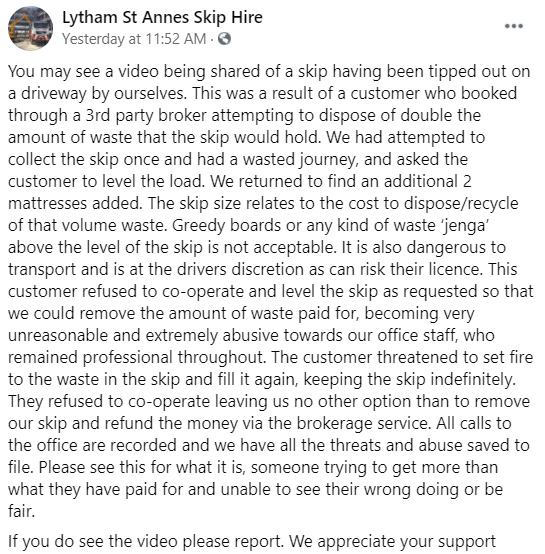 "We had attempted to collect the skip once and had a wasted journey, and asked the customer to level the load.

"We returned to find an additional two mattresses added.

"Greedy boards or any kind of waste ‘jenga’ above the level of the skip is not acceptable.

"It is also dangerous to transport and is at the drivers discretion as can risk their licence.

"Please see this for what it is, someone trying to get more than what they have paid for and unable to see their wrong doing or be fair."

Last summer, furious waste removal men filmed themselves dumping a truckload of rubbish over a customer's driveway – just a day after accusing her of failing to pay up.

Jonathan Morgan, 31, and his brother Calum, 27, took revenge after claiming the Cardiff woman failed to give them cash quickly enough.

The brothers, who run Cardiff Waste Removal & House Clearance, spent two hours clearing out a bed frame, mattresses and doors before loading it onto their lorry.

However, after accusing her of failing to pay by the following day, they returned to the house and tipped the items all over the driveway.