SHOCKING footage shows the moment a priest in a face mask drops dead in front of his congregation in Cameroon.

The clip was shot as the man, identified as Rev. Fr Jude, was delivering a sermon in the western city of Douala on August 30. 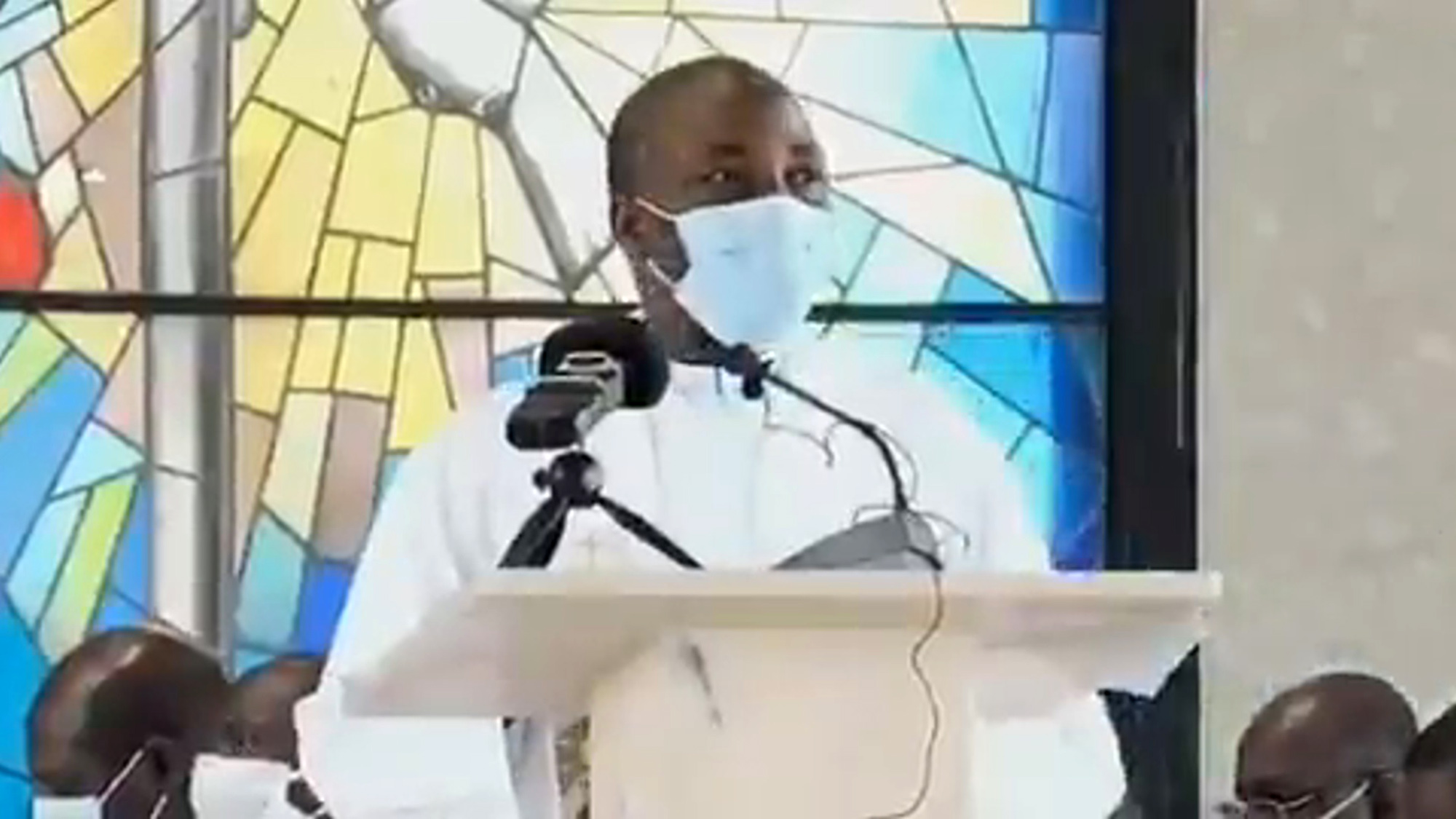 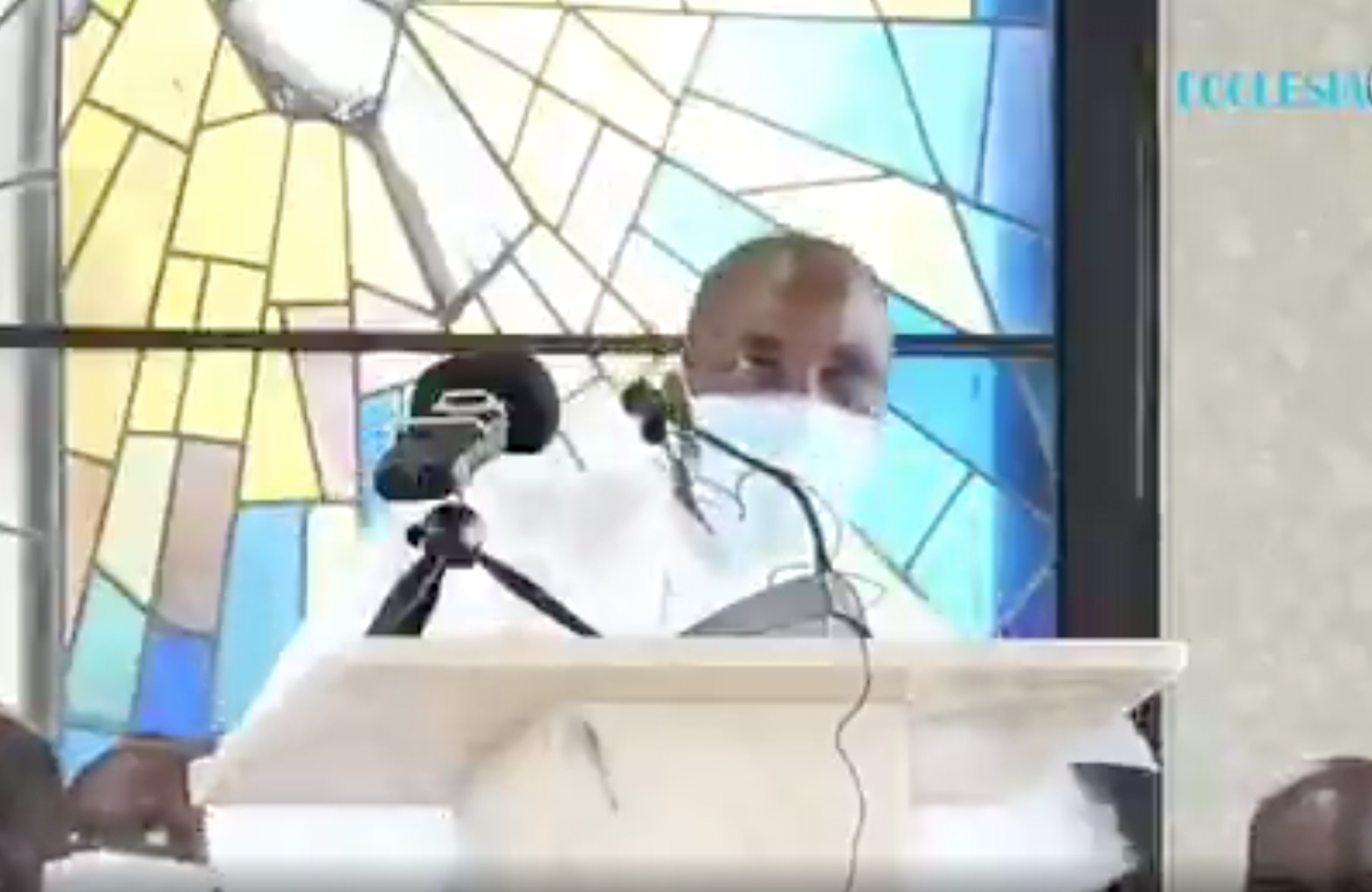 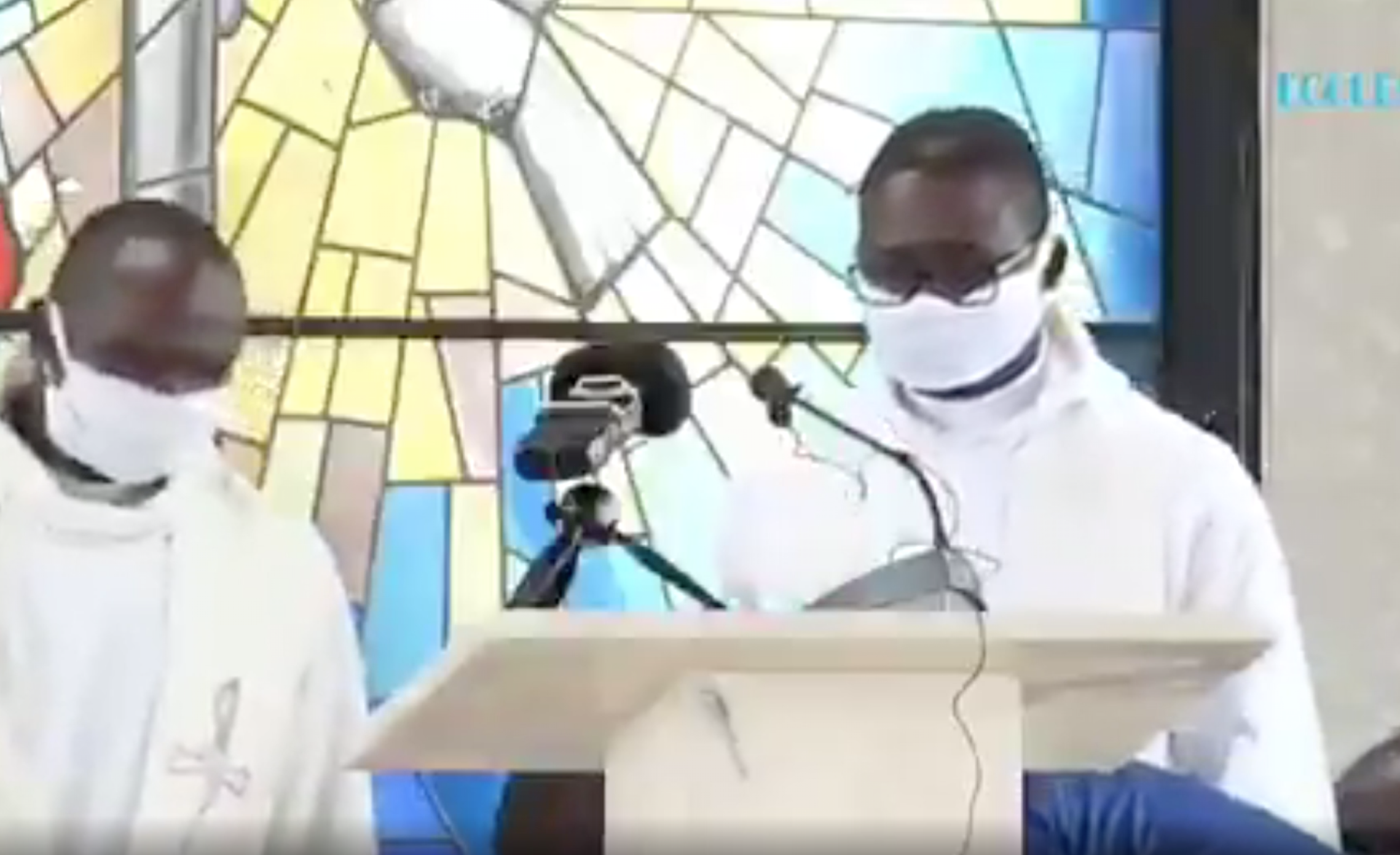 The reverend, who was also the the spiritual director of the country's Catholic Men Association, is seen standing at his pulpit and leading a Sunday mass.

At one point in the address, he pauses and then stops speaking altogether.

His eyes then become droopy and he sways on the spot for a moment before keeling backward and falling to the floor.

Fellow clergymen who had been sat behind him rush forward to help and members of the congregation can be heard screaming.

It is not currently clear whether the priest had any known health conditions.

The footage was shared on twitter by Chidi Odinkalu, a lawyer and former chairman of Nigeria's National Human Rights Commission.

Social media users reacted to the post with shock.

"Oh my God! Right at the pulpit while preaching a sermon!?" wrote one.

"May his soul rest in peace and may the Lord he served grant him eternal rest in his kingdom."

"That man must have left his house with the hopes of returning to a wife and children.

"The life is short, just live it right when you can." 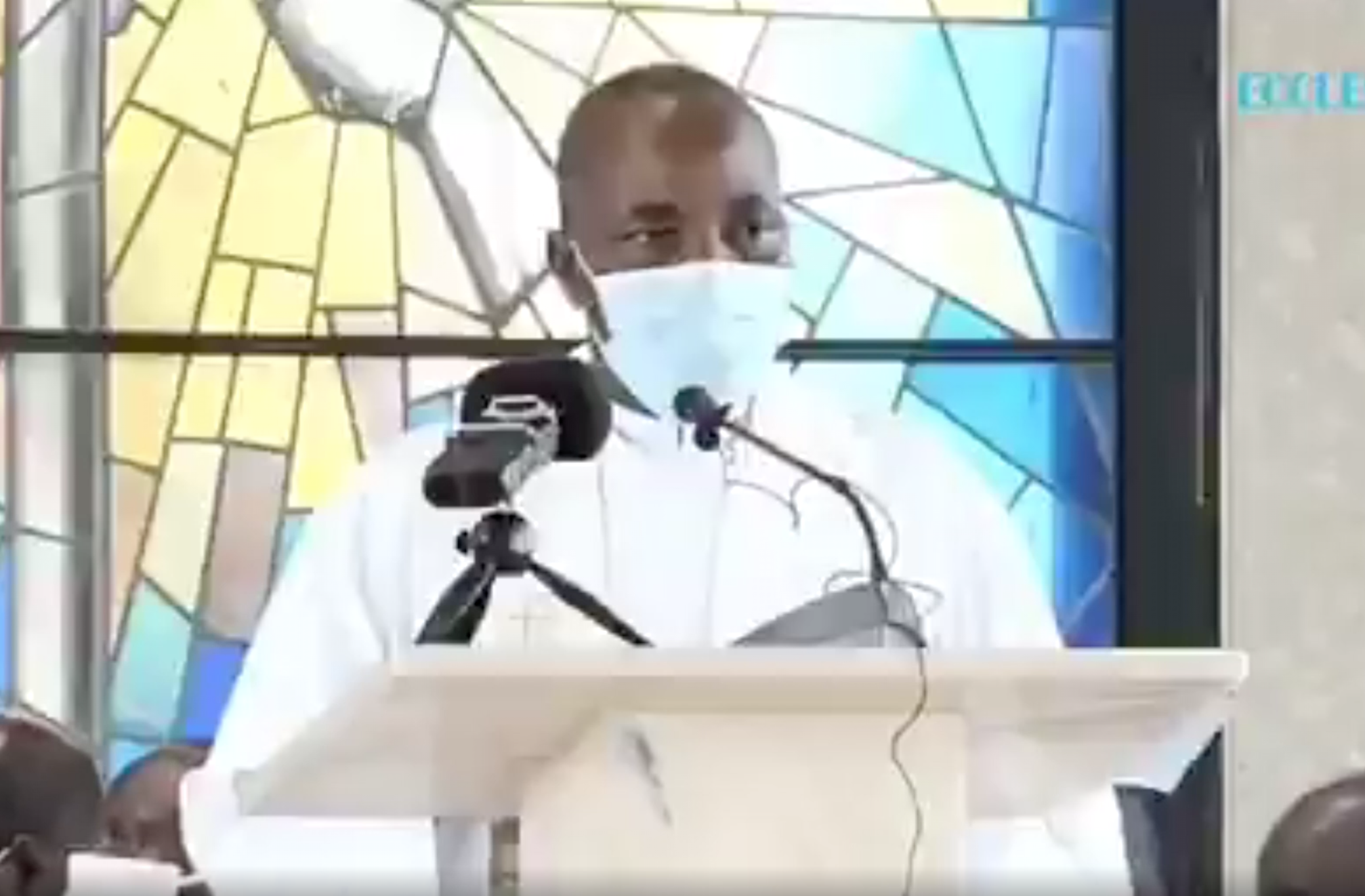