THIS is the shocking moment a blind man is kicked by a furious dog owner after accusing him of leaving his pet in the car for two hours in 23C heat.

Alun Elder-Brown was assaulted after he accused the man of animal cruelty for leaving his pooch in sweltering conditions in Norman’s Bay, East Sussex. 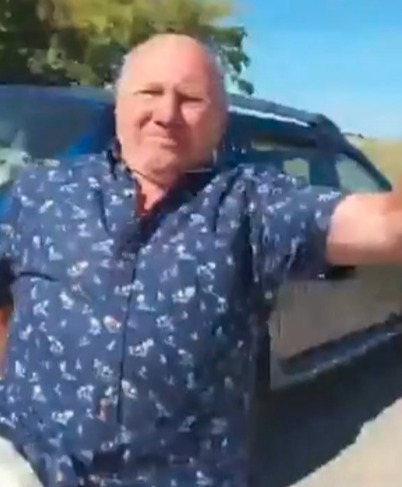 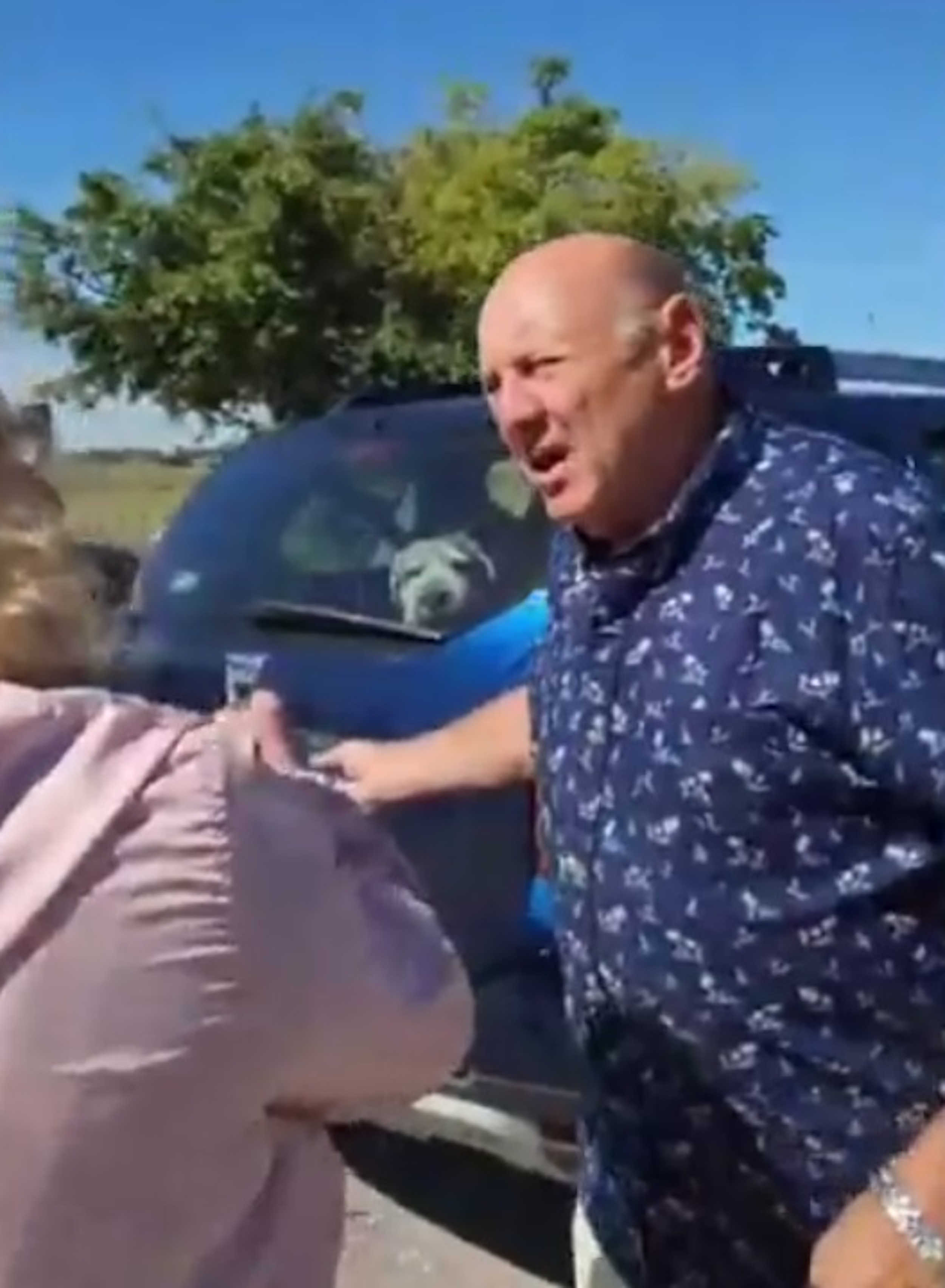 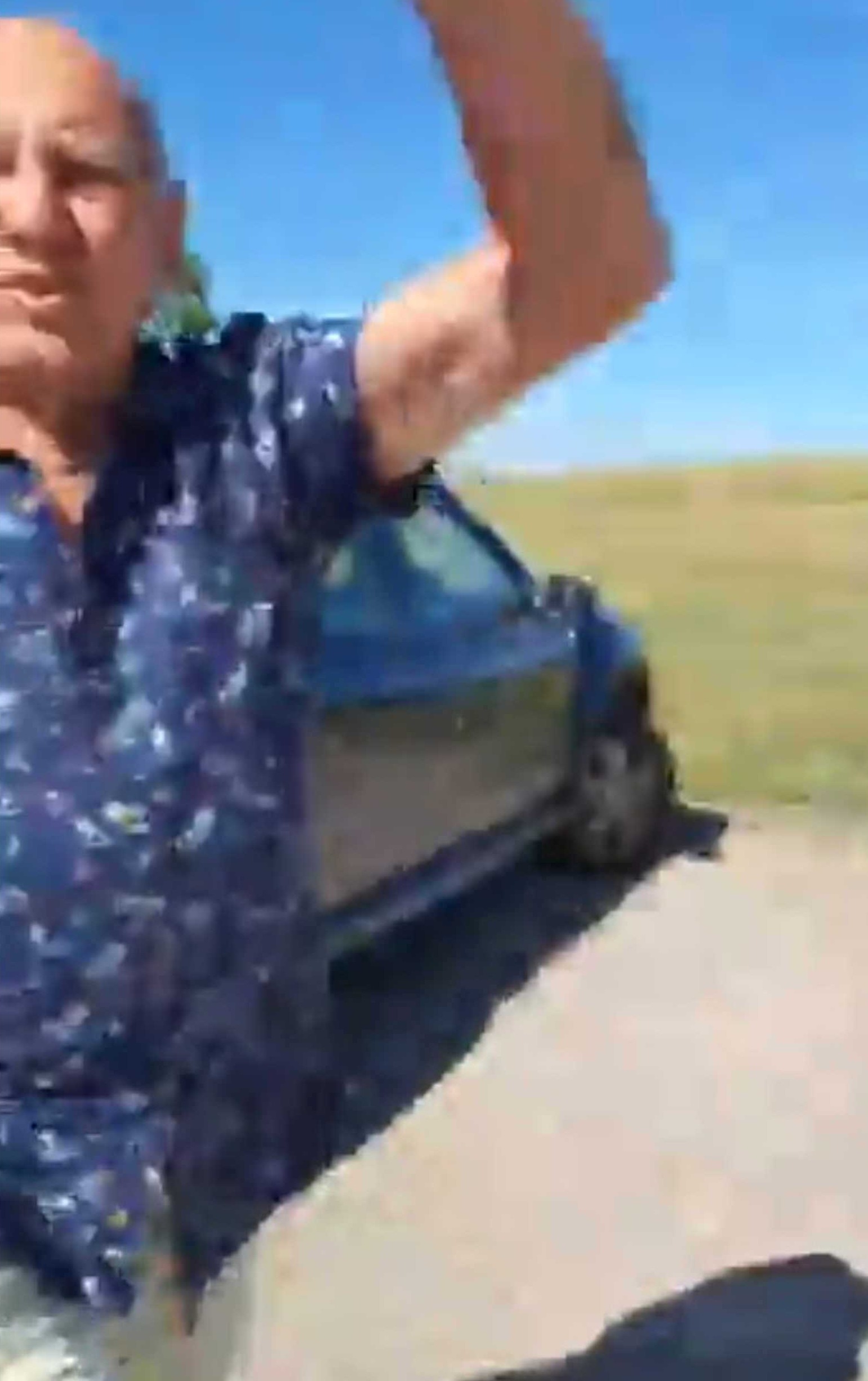 Mr Elder-Brown was among a group of bystanders who had become concerned for the dog and started filming on their phones.

A video of the clash begins with the group complaining the pet had been left in "27 degree" heat.

Eventually, the dog's owner returns to the vehicle and a woman begins shouting: “Is this your dog?

"Get it taken home before I ring the police. It’s been there for two hours. Bloody ridiculous.”

The woman keeps shouting, while the man pays her no attention.

She accuses him of "cruelty", but the man insists he has been returning to his vehicle to check on the dog.

He grows angrier as the accusations continue, before suddenly launching a kick at Alun as he films.

He then pushes the woman away as she keeps telling him to get the dog out of the car.

Eventually he removes the dog from the car and Alun explains to the man that he is registered blind. 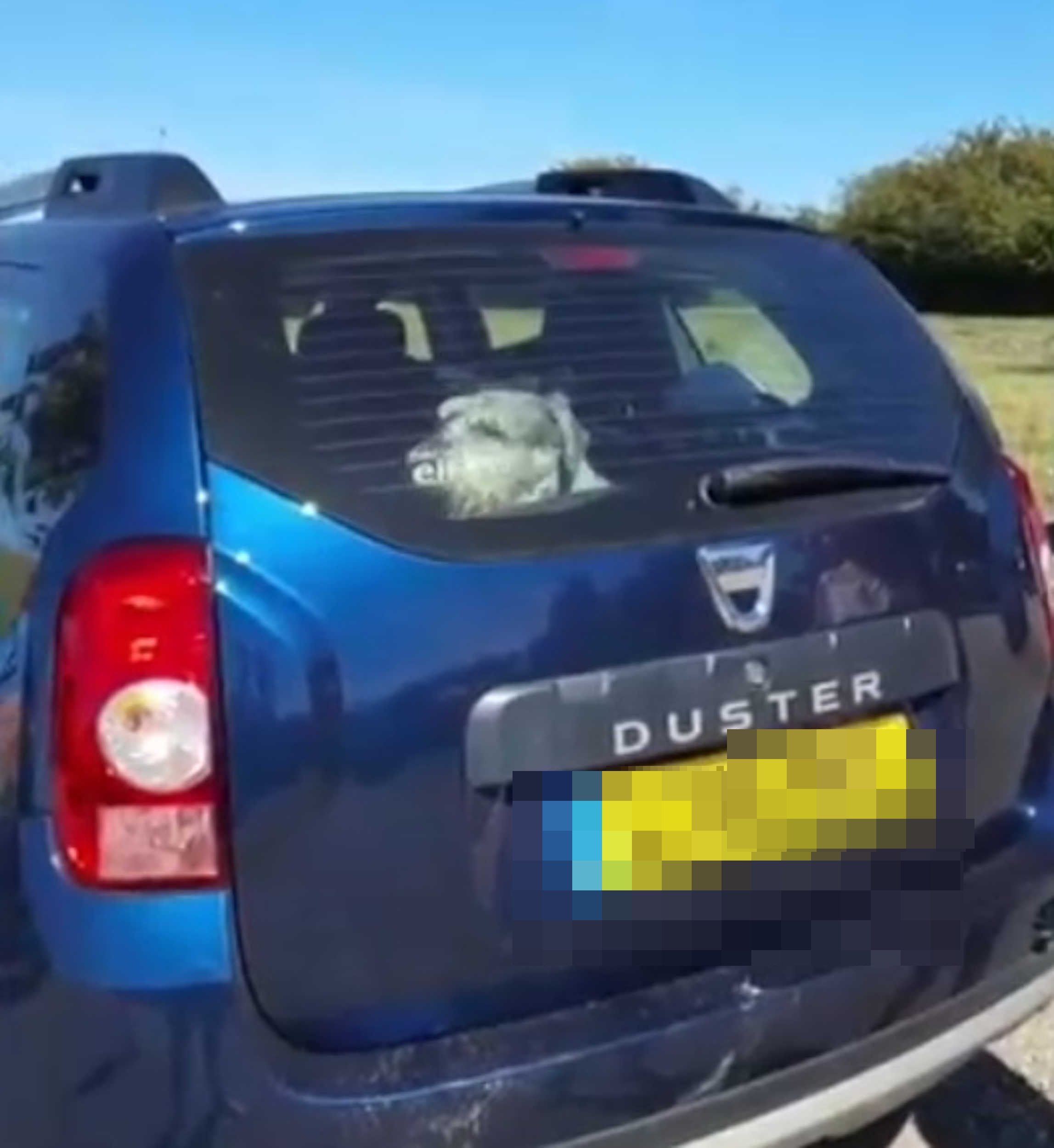 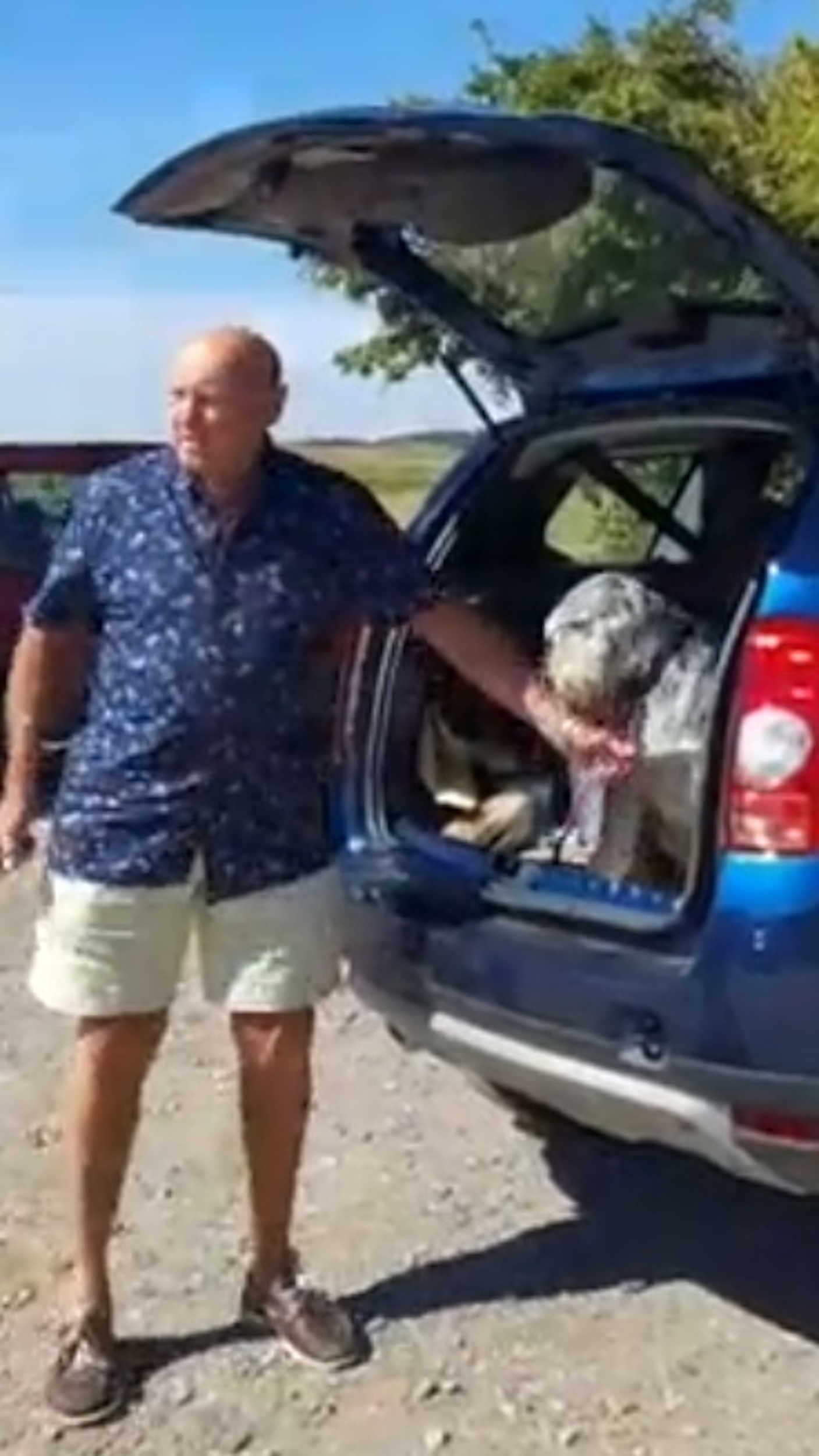 At this point, more people appear telling the dog owner to "f*** off" as he fills up a dish with water for the dog and marches back to the pub with his pet in toe.

Alun says he has reported the man under the Animal Welfare Act 2006, but chose not to pursue an assault charge.

He shared the video on Facebook, saying: “Dog left for an hour and a half in a pub car park in soaring heat.

“The owner, who has been reported to the police under the Animal Welfare Act 2006, then assaulted me.

“The police were called, not by me but a lady bystander.

"The policewoman informed me he would most definitely be reported for the crime of animal cruelty, though I am not pursing the assault.

"Note: I only showed up towards the later stages of this situation.”

Suzanne Morris wrote under the post: “That dog is cooking from the inside out.” 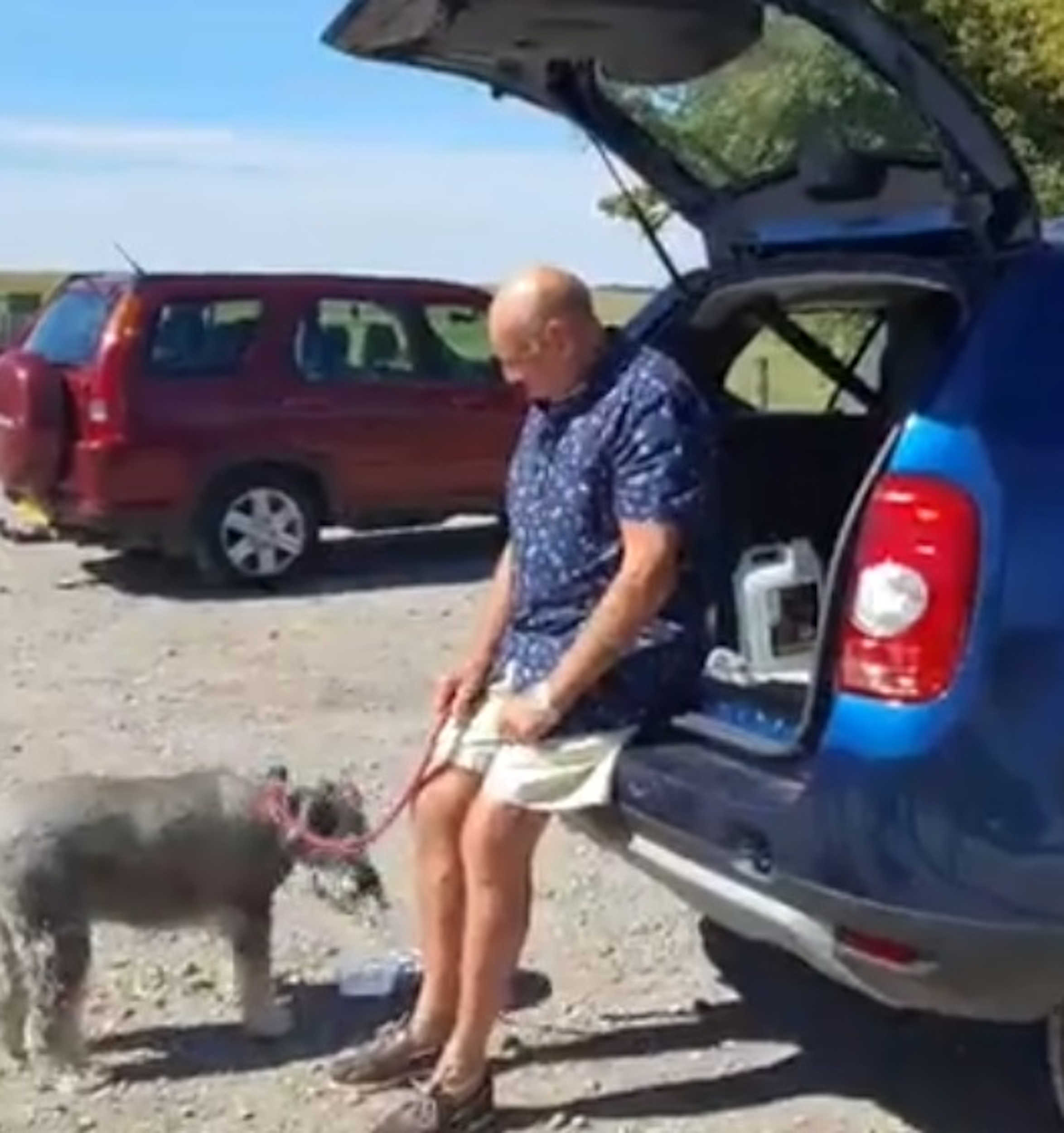