A man was almost killed by a train while cycling over a level crossing just days after the same thing happened to another cyclist in exactly the same place.

The subject was hotly debated after Dutch railway infrastructure organisation ProRail released heart-stopping footage of a cyclist almost being struck by an intercity train at a crossing in Geleen, a city in southern Netherlands.

But now a second video has been released of yet another cyclist at the same spot nearly being killed. 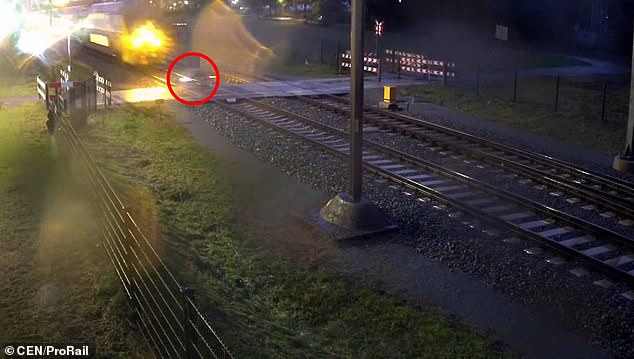 The CCTV footage shows a cyclist crossing the tracks at night without noticing an oncoming train despite its bright headlights.

Halfway across, the cyclist realises that the train is about to hit him and quickly accelerates, dodging the train by a hair’s breadth.

According to ProRail, the cyclist has to thank the train driver for reacting quickly and pulling the emergency brake in time.

In the first video, a cyclist is seen waiting on the right hand side a track.

A small freight train then passed in front of him – briefly obscuring his view of a bright yellow passenger train approaching on the opposite side.

But as soon as the initial train had cleared the track, the cyclist began his crossing – even though the double decker train was now in full view. 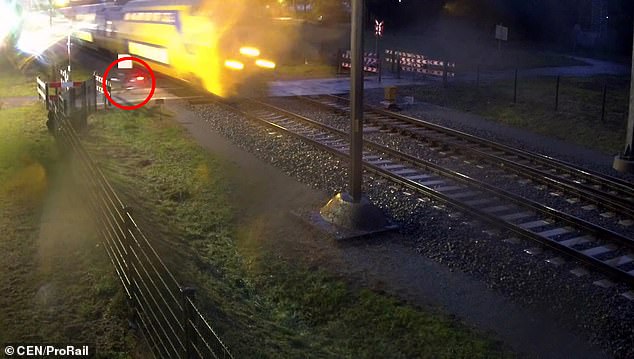 ProRail, who released the footage, has decided to close the crossing for all cyclists and pedestrians in the wake of the second incident 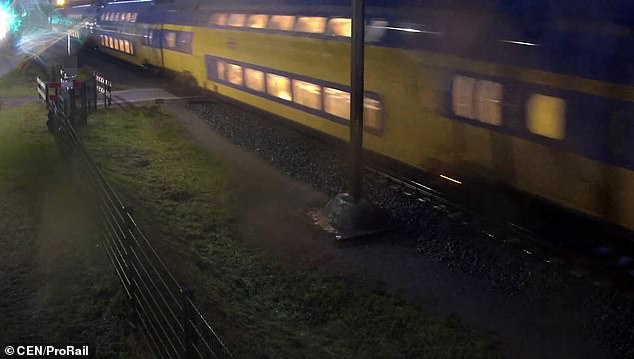 He crossed the first track effortlessly, but reached the second as the yellow train was just yards from his position.

Instead of stopping to let it pass, the cyclist continued, barely making it across before the train passed through.

The cyclist stopped briefly as he passed through the gate on the other side of the level crossing, appearing to watch the train continue along the track.

For ProRail, a second brush with death was too much and the company has decided to close the crossing for all cyclists and pedestrians. 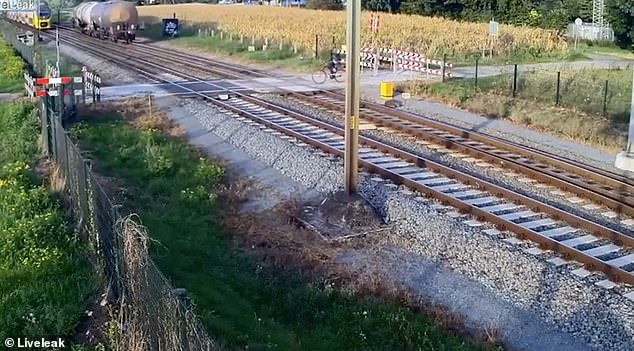 The first clip, filmed in the Netherlands, captured the cyclist as he waited on the right hand side of two train track

The organisation added that it aims to close all 113 unguarded railway crossings in the country and convert them into guarded crossings or under or overpasses within the next four years.

Spokesman Geert Vlogman said: ‘Besides those who die, there are over 100 near-misses that take place every year.’

He added: ‘If people knew how often it almost goes wrong – and what the consequences are for the train drivers, conductors, first aid services and relatives – it is difficult to see why people would want to risk it.’ 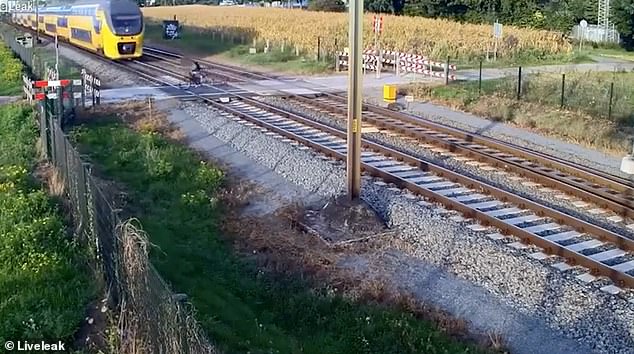 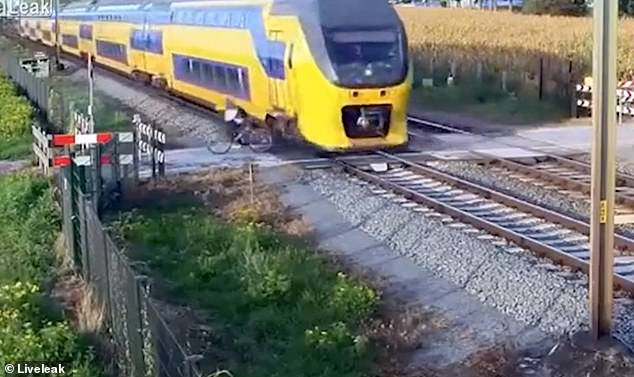 But as soon as the initial train had cleared the trains, the cyclist decided to begin his crossing – even though the double decker train was now in full view