A SHIRTLESS man with a bikini-clad woman allegedly pushed a Donald Trump supporter to the ground after stealing his MAGA hat.

The shirtless man allegedly harassed "numerous citizens on the beach and passing motorists," according to police. 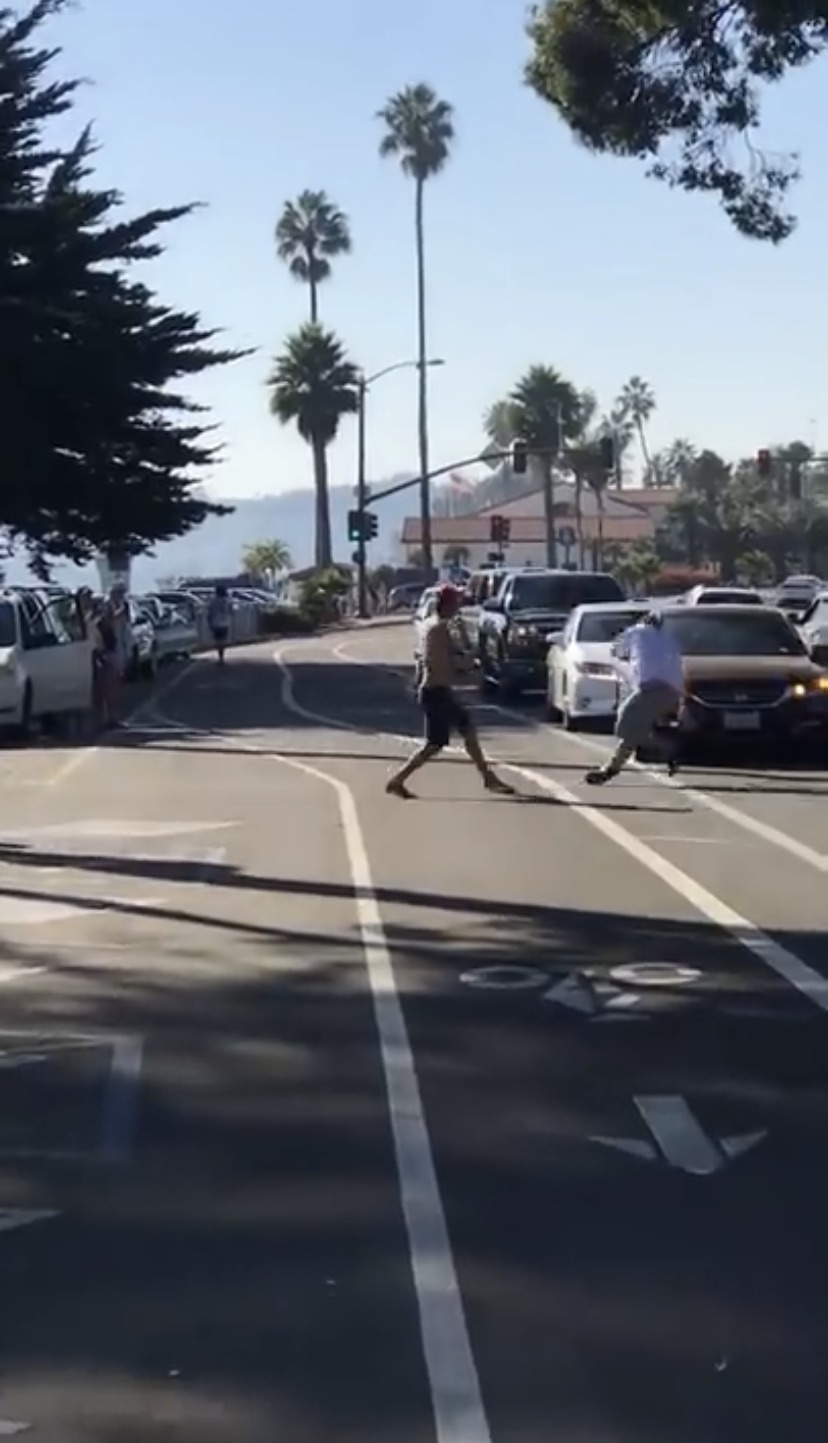 Cops said he then allegedly attacked the victim and took his hat and American flag.

The incident took place during a pro-Trump auto parade in California, KCBS-TV reported.

It has not been confirmed whether or not the victim was part of the October 31 event.

The suspect threw the flag to the ground several times and put the hat on his head, leading the victim to confront him in the street.

The victim was then seen being shoved in the street, falling in front of another stopped car.

The suspect, who was barefoot, then fled the area after an officer arrived at the scene.

Police are now looking for the suspect, who has been described as a white male in his 30s.

He is roughly 6 foot tall with short brown hair, light eyes and tattoos on both arms.

He was also seen with a white, blonde-haired woman who is believed to be between 25 and 30.