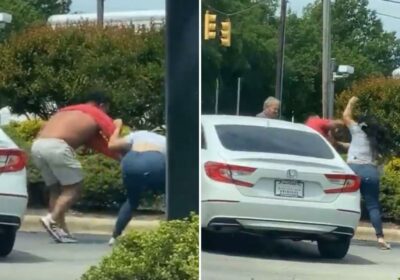 THIS is the shocking moment a huge brawl broke out at a gas pump after the Colonial Pipeline hack attack triggered $50 gas rationing.

Tempers flared at a Marathon gas station in Knightdale, outside Raleigh in North Carolina, as motorists traded blows on Tuesday. 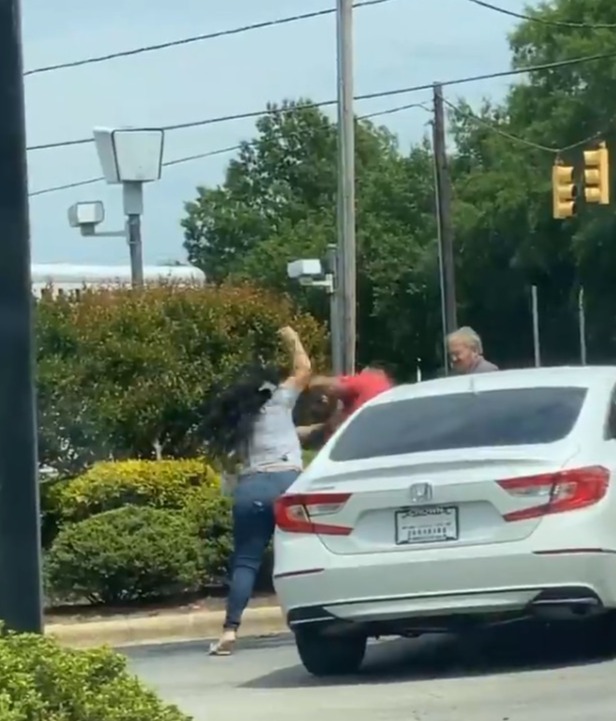 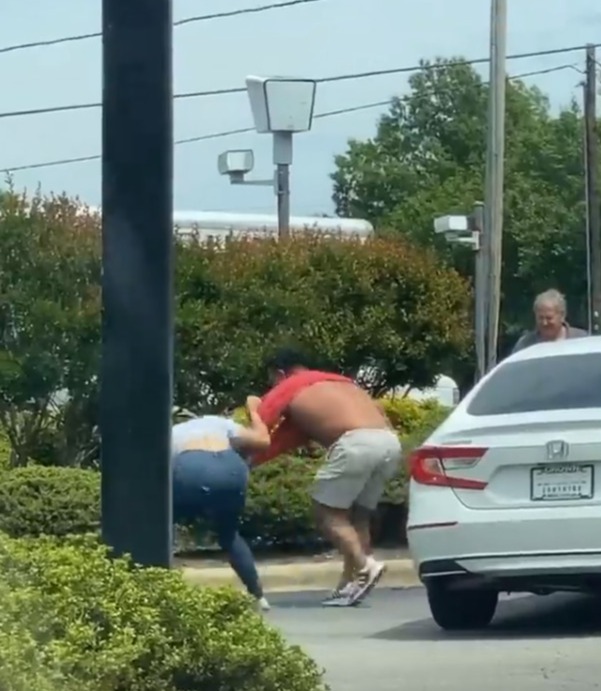 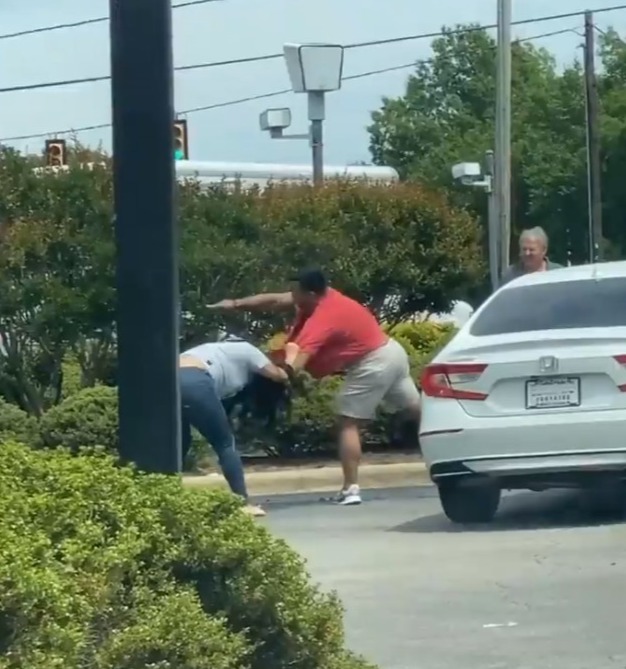 A woman driving a white sedan is said to have tried to cut in line as motorists queued up and then she screamed obscenities and spat on a man who refused to let her in, according to a witness.

The man is then said to have jumped out of his vehicle, spat on the woman in return, and started grabbling with her, with the scuffle being caught on video.

Local police departments said they did not have any reports of fighting at the pumps on Tuesday, reported WRAL.

There are currently fuel shortages across the Atlantic seaboard and the Biden administration has urged people not to worsen the situation by panic buying.

The gas station chain Parker’s, which operates across Georgia and South Carolina, told customers via a Facebook post they would be limited to $50 worth of gas.

The key Colonial Pipeline was disabled by a Russian ransomware attack, causing the average price rise across all of the US to rise above $3 for the first time since 2014. 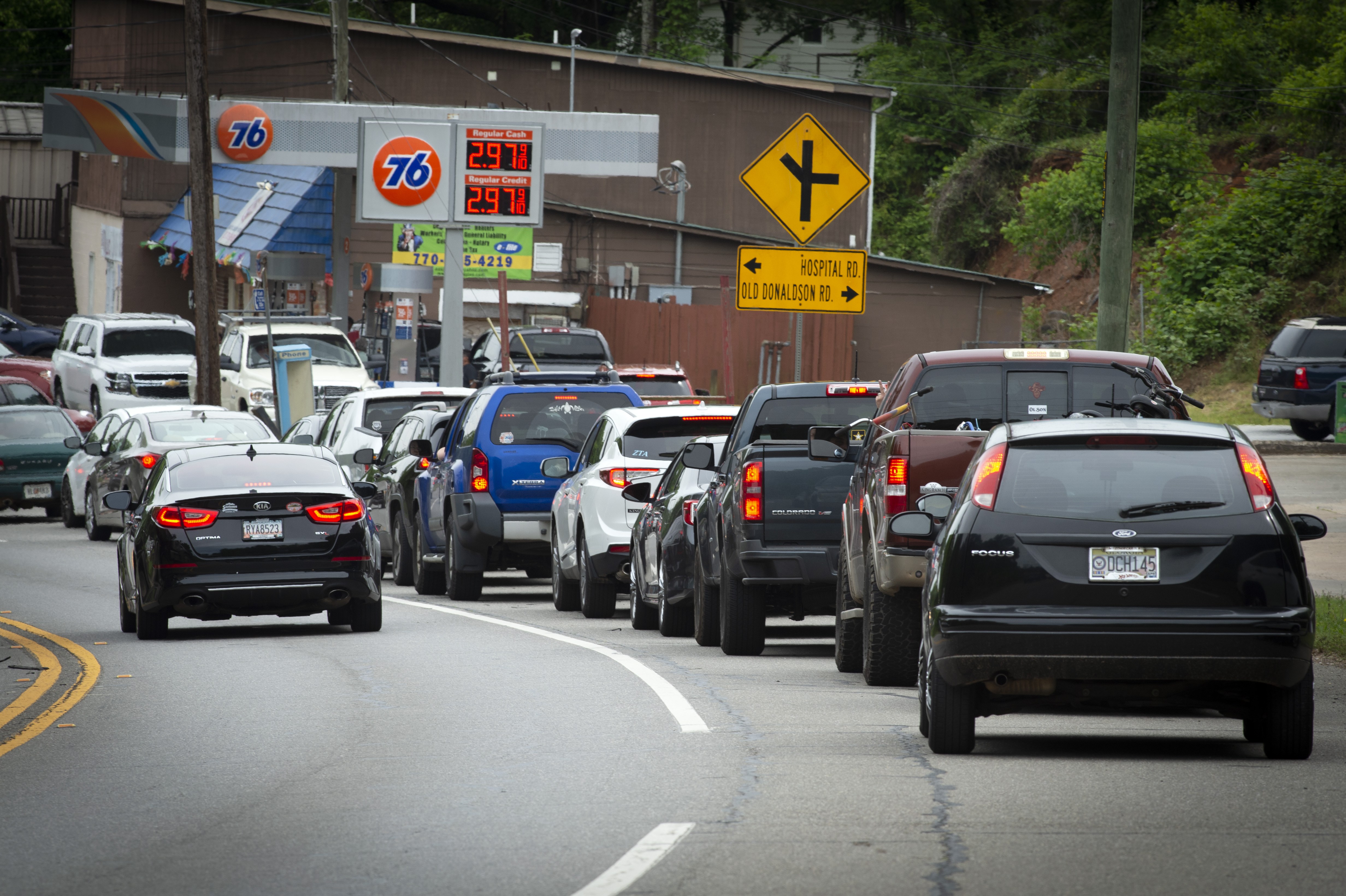 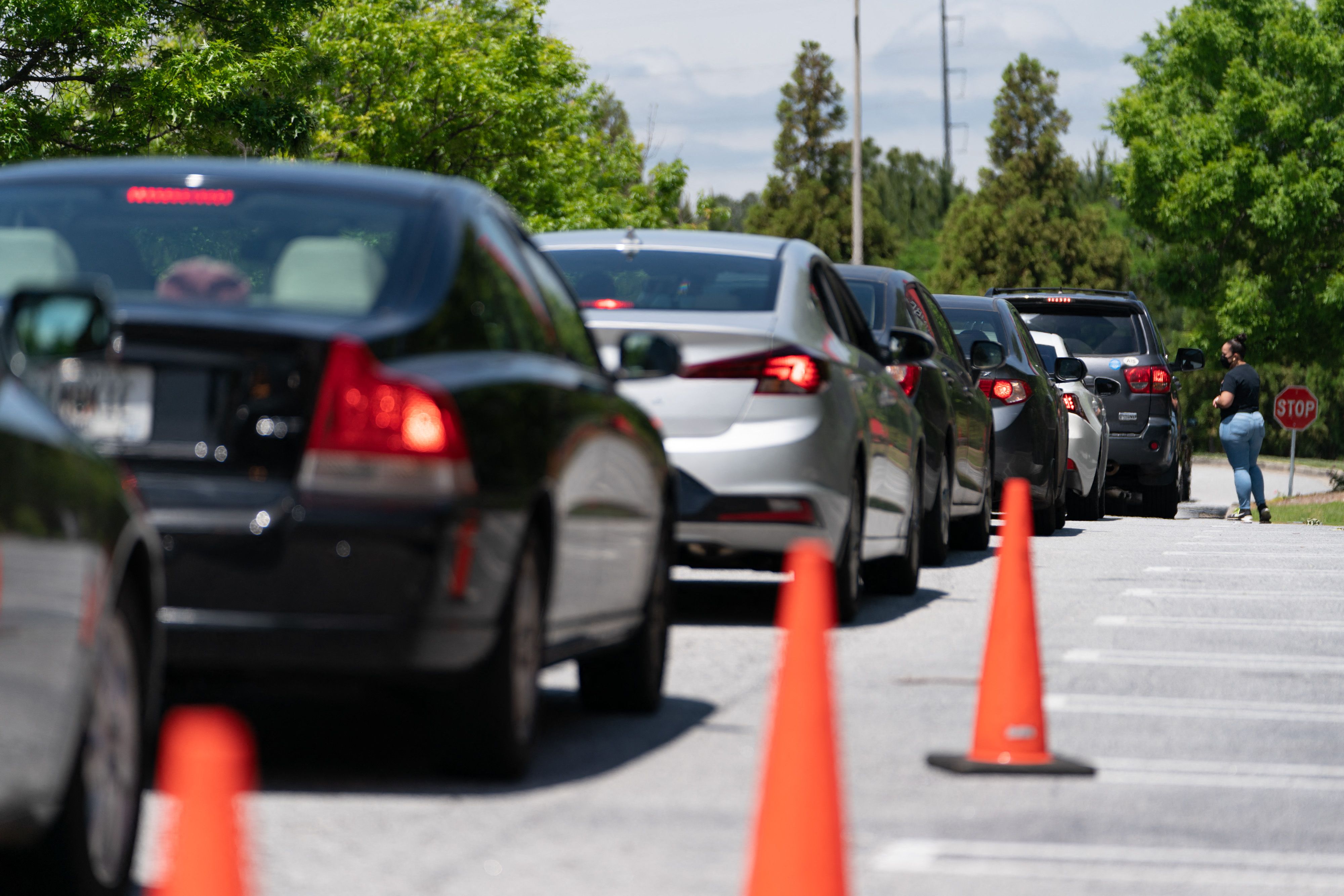 The Colonial Pipeline was attacked on Thursday, and closed from Friday until Monday.

Colonial officials will decide later today whether it is safe to resume operations after six days of disruption.

White House officials are said to have privately admonished the pipeline operator for weak security protocols and lack of preparation, according to a CNN report.

With nearly 70 per cent of all retail goods distributed by truck the crisis is also threatening supply chains across the region.

In North Carolina, Governor Roy Cooper declared a state of emergency on Monday over the temporary outage of the Colonial Pipeline. 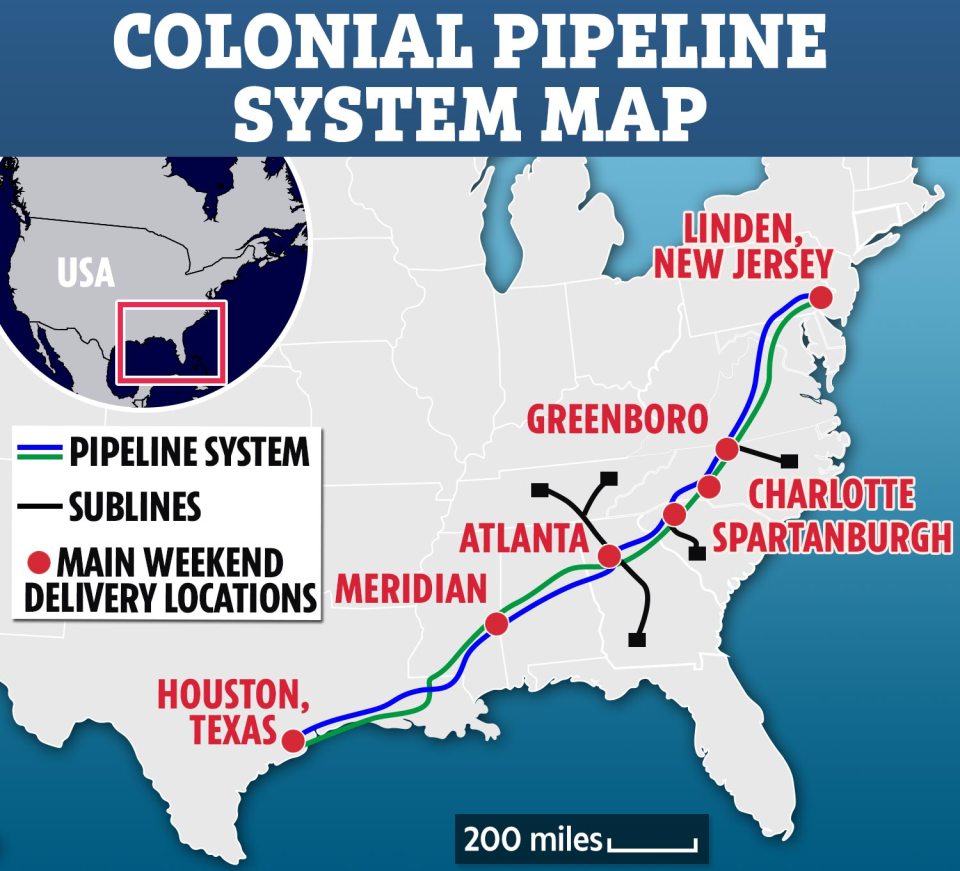 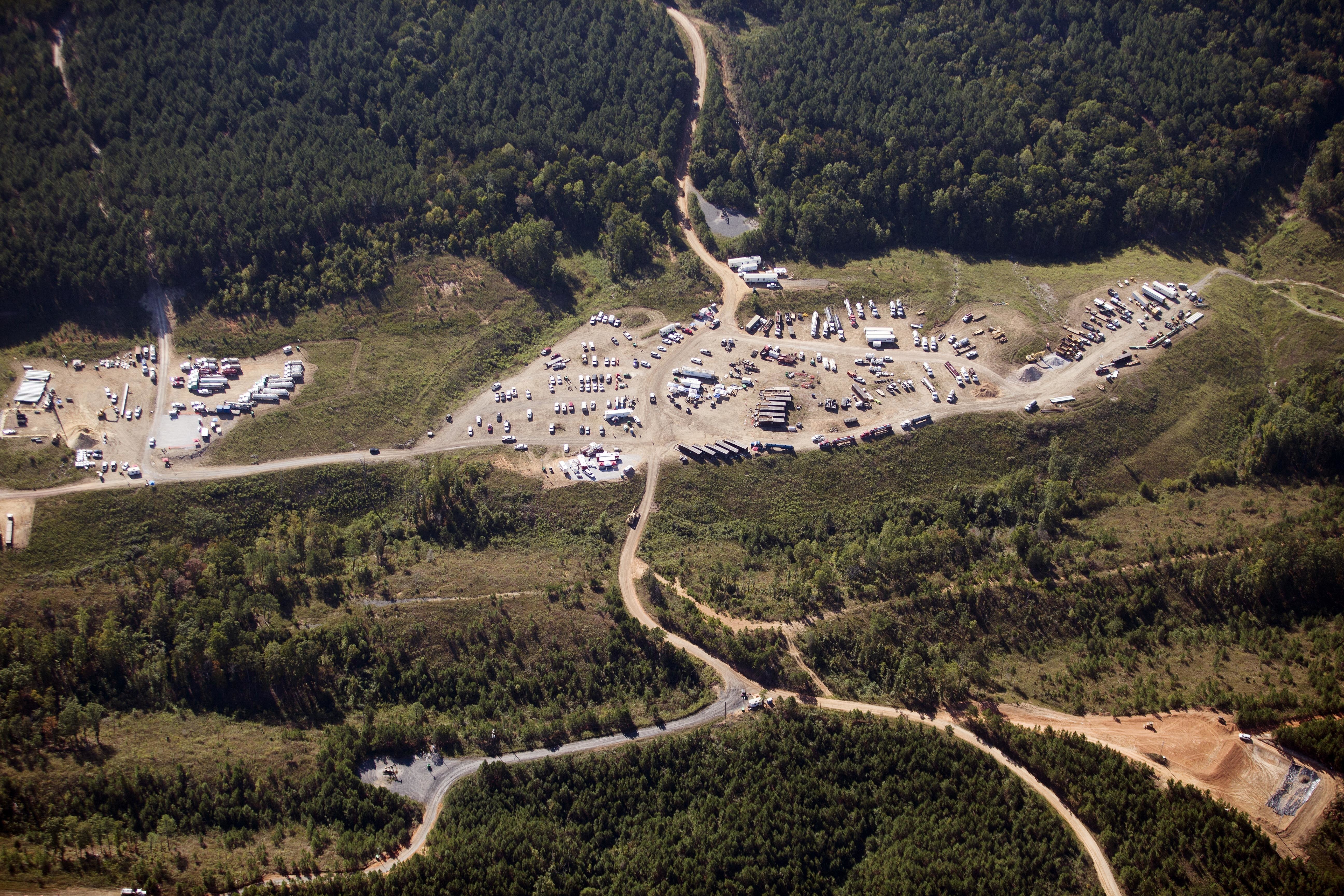 The FBI has confirmed the DarkSide ransomware group was behind the attack last week, halting 2.5milion barrels per day of fuel shipments and triggering the most disruptive cyberattack on the US energy infrastructure ever.

President Joe Biden did not blame the Russian government for the attack but said there was evidence the hackers were based in Russia. 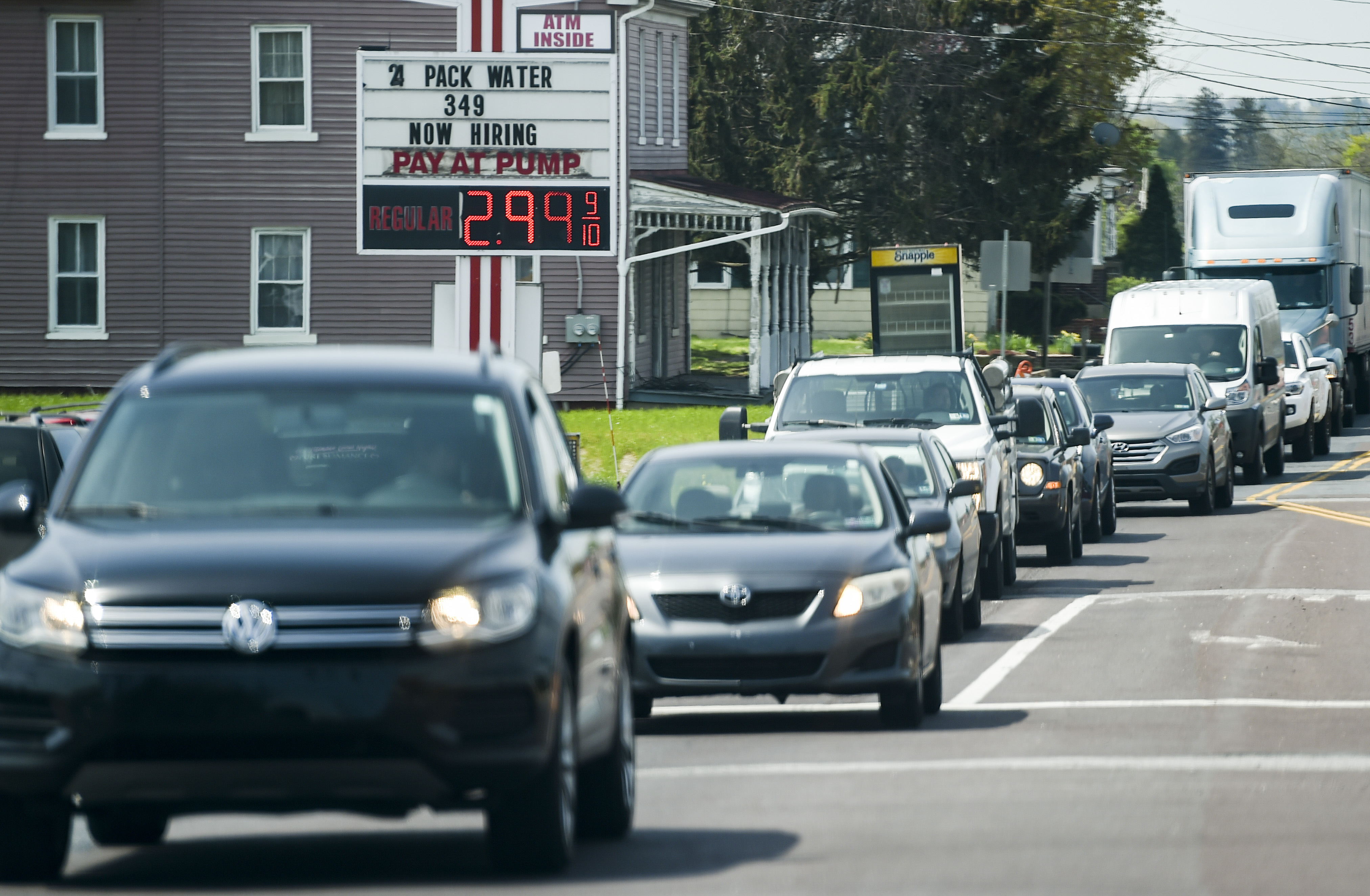 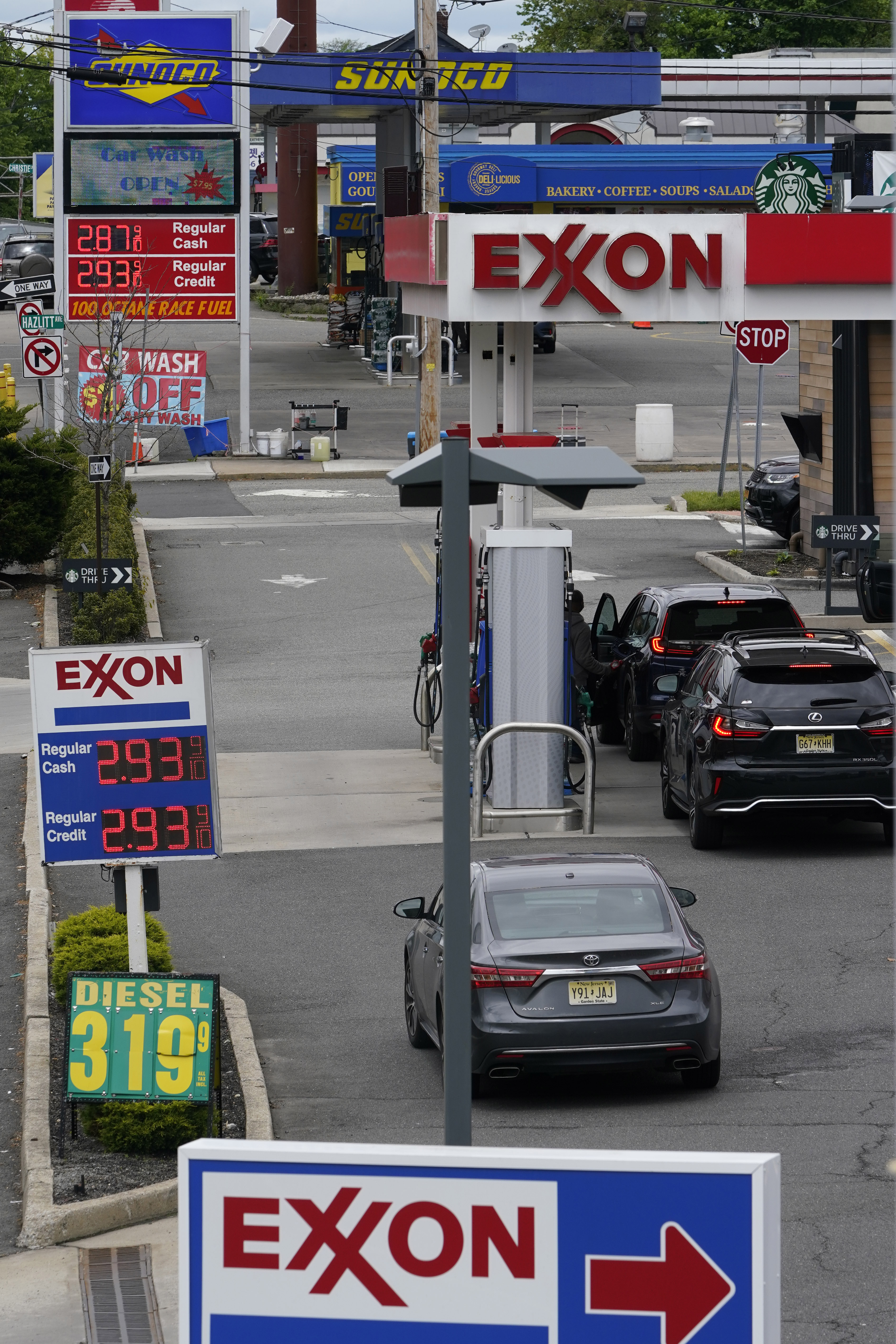 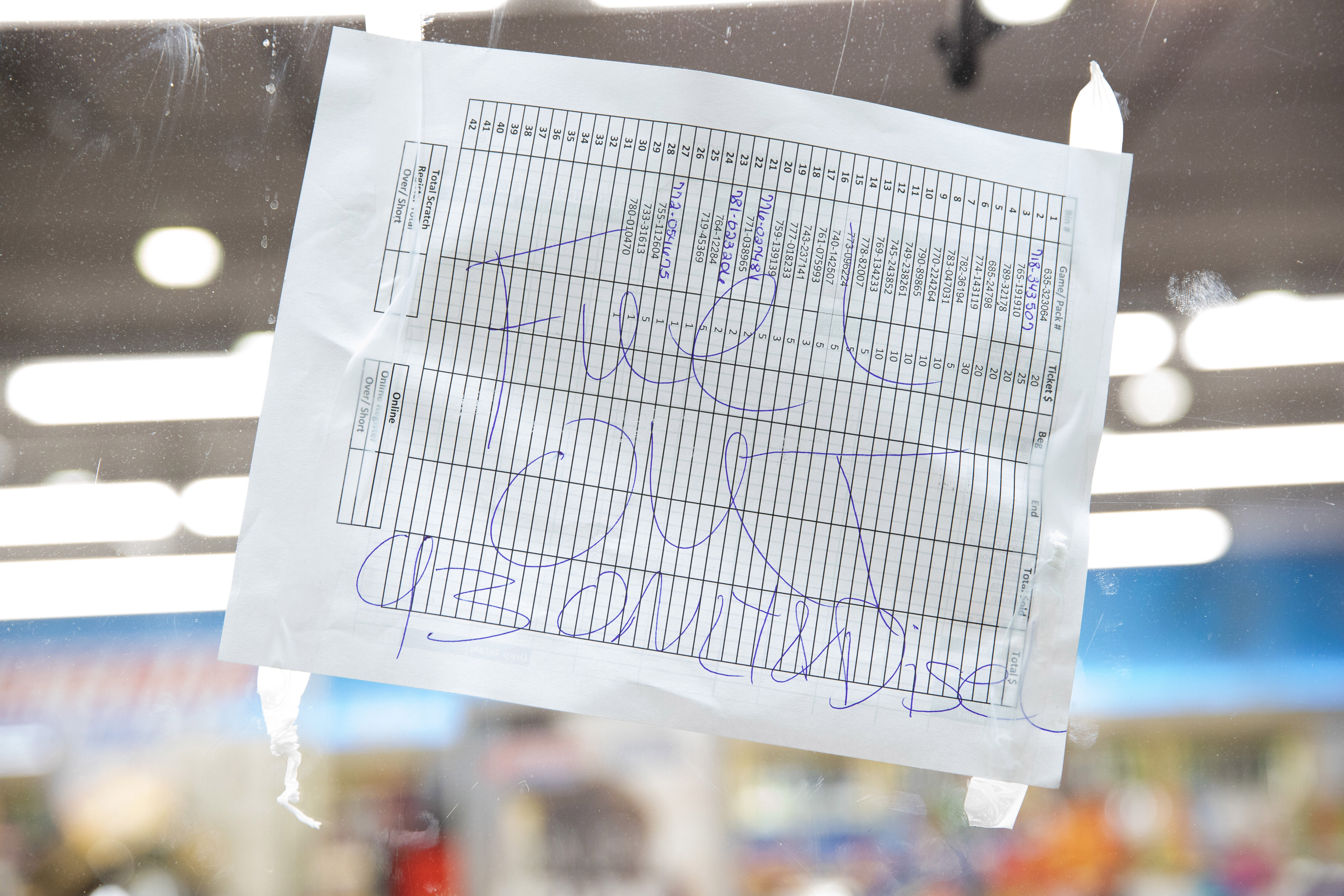 The Russian Embassy in the US has rejected talk that Moscow was behind the attack.

It said: "We categorically reject the baseless fabrications of individual journalists and reiterate that Russia does not conduct 'malicious' activity in the virtual space."

The amount of money the hackers are demanding has not been revealed and Colonial has not said if it would pay their demand.

The pipeline operators has since opened sections of the line, releasing supplies in Georgia, Maryland, New Jersey and the Carolinas, with the company saying the restart would “substantially” restore operations by the end of the week.

GasBuddy analyst Patrick De Haan said Wednesday morning there were only slight fuel shortages at the wholesale level, indicating the main issue was find enough trucks to distribute the gas to stations.

He said that nearly 1,800 gas stations were out of fuel across Alabama, Georgia, Florida, the Carolinas, Maryland and Virginia.

“A lot of that is because they're selling three or four times as much gasoline that they normally sell in a given day, because people do panic. It becomes a self-fulfilling prophecy,” said S&P analyst Tom Kloza.

Granholm also warned service station owners: “We will have no tolerance for price gouging.” 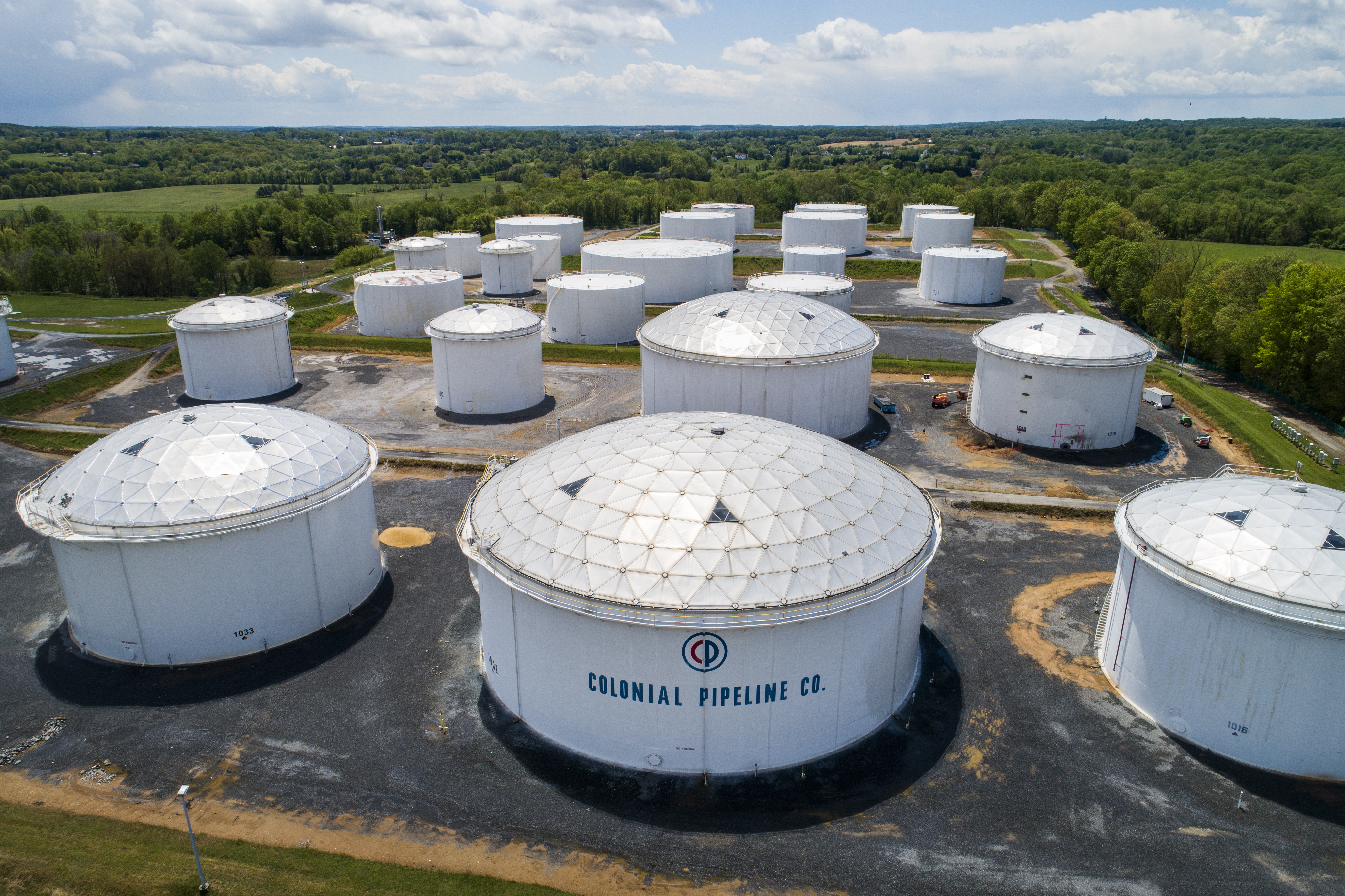