Shanann Watts’ parents speak out about her murder ‘We did scream at God’: Shanann Watts’ parents speak out about her murder and say she was ‘clueless’ about her husband’s affair as never-before-seen pictures emerge of her with her daughters before they were all killed

Shanann Watts’ parents have spoken out about her murder and their reaction to it, saying that they ‘screamed at God’ when they learned she and her young daughters had been brutally murdered by their son-in-law Chris.

In an interview with ABC’s 20/20 that will air on Friday, Sandra and Frank Rzucek said they saw no warnings signs that Chris, who will spend the rest of his life in prison, was capable of killing their daughter and grandchildren.

They still do not know why he did it and are at a loss over how the loving father-of-two switched suddenly from being the perfect husband to a cheating killer.

‘That’s the big word – why?’ Frank said, adding: ‘He must have snapped because there’s nothing else I could figure out what happened to him.’

Sandra called him the ‘devil’, saying: ‘We did scream at God, yes we did.

‘The devil comes to you in any shape, size and form and can be transformed into anything.’

She said her daughter was ‘clueless’ that Chris had been cheating on her as was the rest of the family. 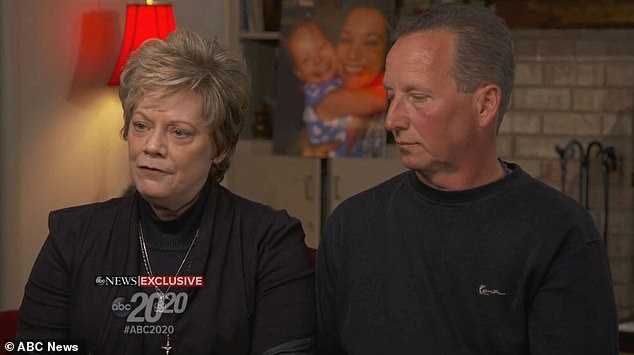 Sandra and Frank Rzucek, Shanann Watts parents, spoke out about her murder and the murders of their granddaughters for the first time in an interview that will air on Friday night

To them, Chris was the ideal partner for Shanann who struggled to conceive their daughters Bella and Celeste because she suffers lupus.

‘You just don’t sleep very good with lupus,’ Sandra said, recalling a time when Shanann had fallen asleep on her husband on the couch.

‘She had her head on his lap, and they were watching TV. He didn’t move. He didn’t get up to go to the bathroom.

‘He didn’t get a drink. He let her sleep for four hours.

‘He did everything he could for her to make her happy. It was amazing love,’ she said.

Frank said the pair were as caring as each other and would do ‘anything’ for the people they loved.

‘Chris was a kind person. He’d do anything for you just like Shanann,’ he said. 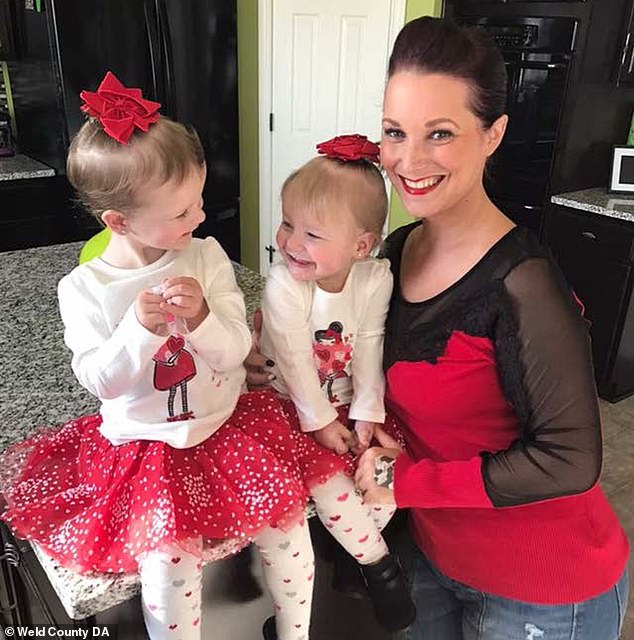 Shanann and her daughters Bella, four, and Celeste, three, were murdered by her husband Chris in August. Shanann’s mother and father said in their interview that they still do not understand why they were killed

Her mother added: ‘He never raised his hand, voice..It was an amazing relationship so I just don’t know.’

In August, Chris strangled his wife and smothered his two daughters at their home in Greeley, Colorado. 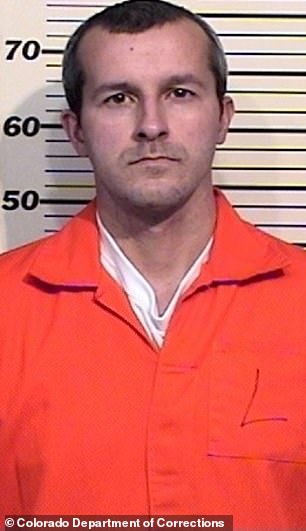 Chris Watts is pictured in a recent department of corrections booking photo. His parents-in-law said he was a ‘kind person’ who ‘must have snapped’. They now think of him as ‘the devil’

He buried Shanann in shallow grave in a crude oil field where he worked and put Bella and Celeste in oil tanks.

They were found days later after he made a shifty television appearance claiming not to know where they were.

Sandra revealed in the interview that she told him not to go on television while they were missing because he was the last person to have seen them alive and it could cast suspicion on him.

‘I thank God he did it. I thank God in heaven that he didn’t listen to me,’ she said.

After his arrest, his affair with Nichol Kessinger was exposed as were his Tinder dates with women who have since described how he enjoyed choking them and rough sex.

While Shanann may have been unaware that he was cheating, friends who were with her in her final days say that she knew something was wrong in their marriage and that she was preoccupied with it.

Six weeks before she died, she took the girls to North Carolina, her home state, and Chris stayed at home to work.

During that time, she told her mother that there had been a change in him. 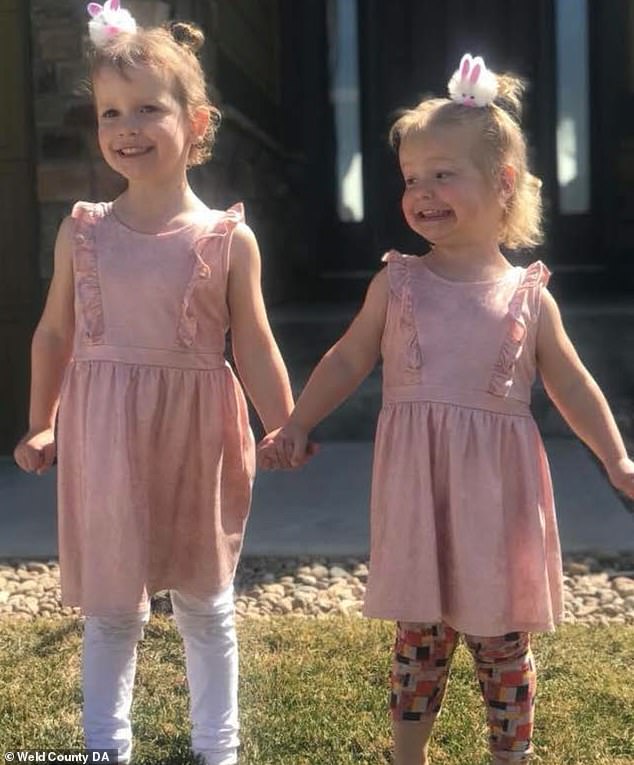 Bella, four, and Celeste, three, were smothered to death then thrown in oil tanks. Bella tried to fight her father off and bit her tongue several times as he killed her 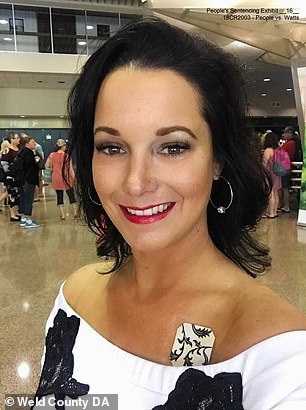 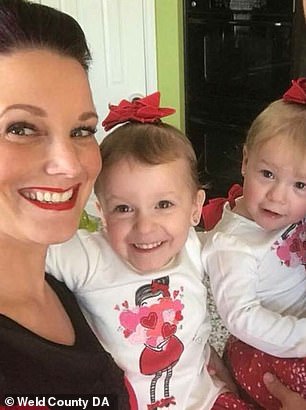 Shanann was 15 weeks pregnant with the couple’s son when she died. Her mother said she knew something had changed in her marriage but that she did not know Chris was cheating 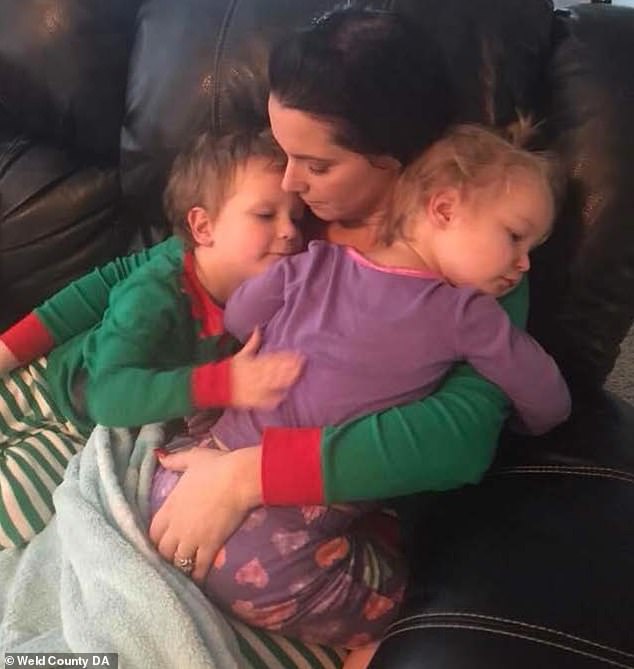 Shanann’s parents told how she struggled to conceive the girls because she had lupus and that when they arrived, they were her ‘miracles’

Her friend, Nickole Atkinson, said in the interview that Shanann told her she knew he was not happy.

In text message exchanges that were previously revealed, Shanann confided in friends that she was worried he did not want their third baby, a boy who she planned to call Nico.

In the days before her death, Shanann was at a conference for the online supplement business she worked for, Thrive.

A woman who did not want to be named fully but called herself Addy said that she was not herself over the course of the business trip.

‘She wasn’t herself. She was trying really hard, but her mind and her heart were really with what was happening in her marriage,’ Addy said. 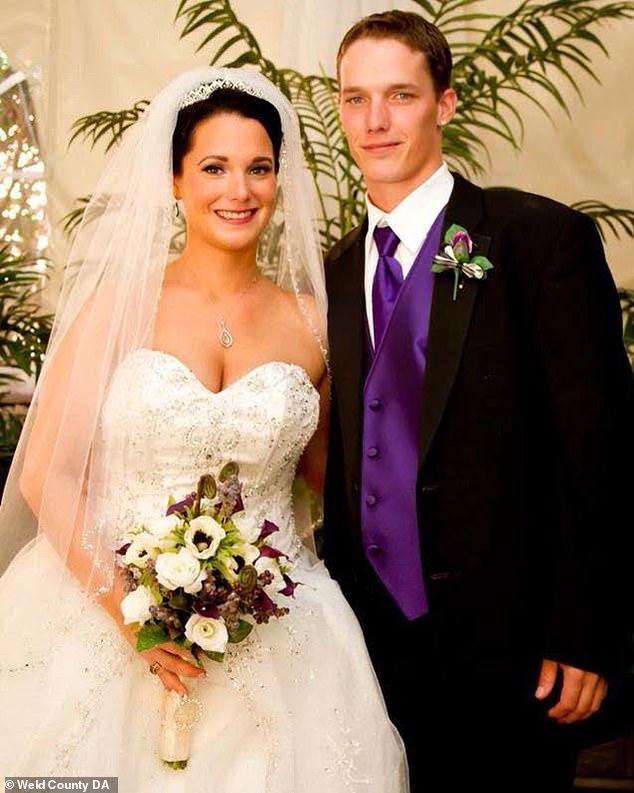 Shanann with her brother, Frank Jr, on her wedding day. Her family described her as the best mother and daughter they could have asked for 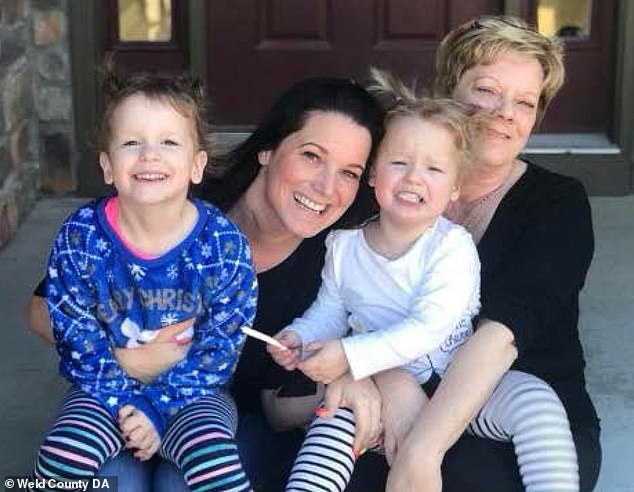 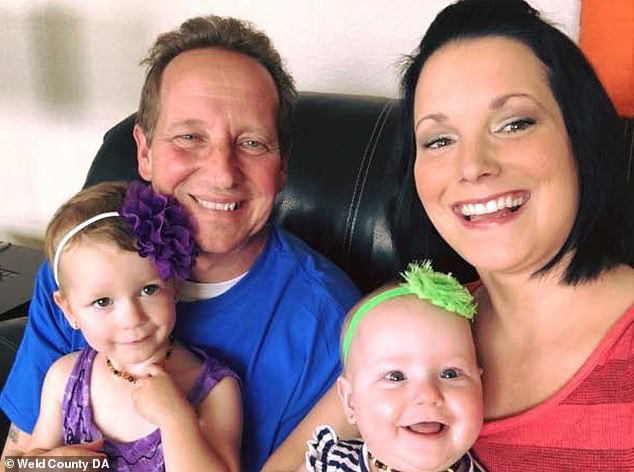 Shanann with her father and the girls. Frank said in his interview that his daughter was ‘extremely happy’ before she died 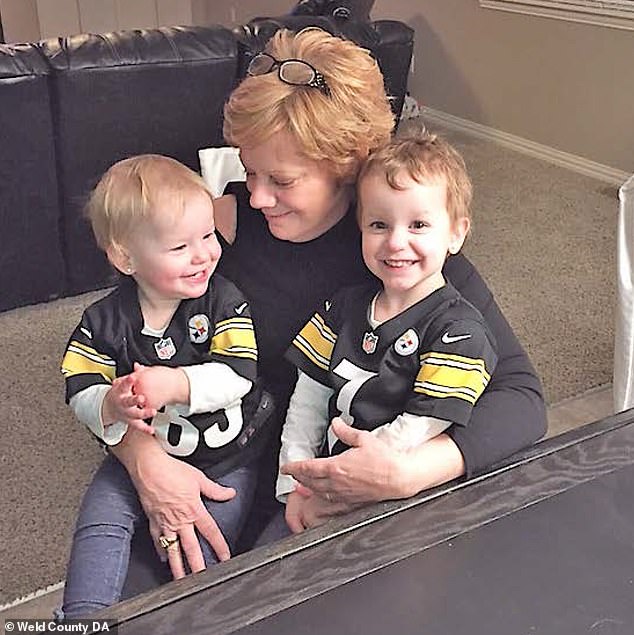 Shanann’s mother Sandra is pictured with her granddaughters, Bella and Celeste

She was who dropped Shanann off at her home in the early hours of the morning when they returned.

The next day, when she did not text her in the morning as she always did, Nichole said she became worried and called Chris.

Chris, who by this point had murdered them all and dumped their bodies then gone to work, lied and said she had taken the girls on a play date.

Nichole later confronted him about where they were and argued with him when he told her not to call police.

She was who reported them missing later in the day and who was filmed being stared down by Chris once he had returned home to find her at the house with police officers.