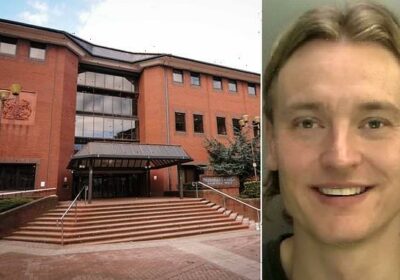 Convicted sex offender who owned fake police uniform and warrant card and convinced his ex-partner, friends and unsuspecting matches on dating apps that he was an officer is jailed for 28 months 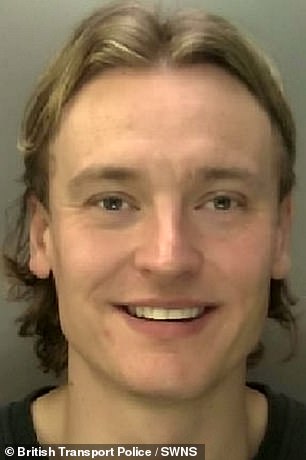 Jailed: Bradley Baker posed as a police officer on dating apps and lied to his partner, friends and family

A former journalist and convicted sex offender who posed as a police officer on dating apps and lied to his family and friends has been jailed for 28 months.

Bradley Baker, 28, had his own uniform and lied to his ex-partner, family and friends that he worked for British Transport Police.

A court heard the fantasist posed as an officer on dating apps and also used a fake warrant card to travel for free on the railway and bus networks.

The 28-year-old was convicted of three sex offences in 2018 and was made the subject of a sexual harm prevention order which banned him from using computers.

Baker, of Handworth, Birmingham, was rumbled when he was reported to North Wales Police for a separate offence.

He was reported as a serving BTP Special Constable based in Birmingham but enquiries quickly established he had never worked for the force.

Officers searched his home on February 1 last year and seized a police uniform including a warrant card badge and holder displaying ‘DC Baker’.

Baker also tried to throw laptops out of his window as officers arrived, which were found to be unregistered.

This breached a sexual harm prevention order which stated that any electrical device in his possession must be registered with police.

A laptop which was later found to be stolen from his previous job as a journalist was also recovered as well as amounts of cannabis.

Baker pleaded guilty to possession of police articles and two counts of breaching a Sexual Harm Prevention Order, which was handed to him after committing three sexual offences involving children in 2018. 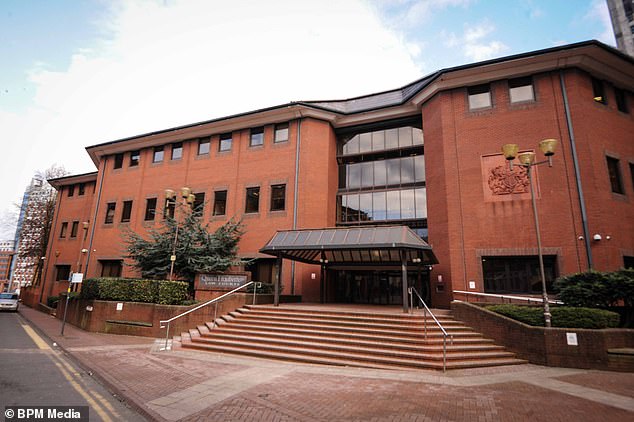 He was jailed at Birmingham Crown Court on March 25 after also pleading guilty to one count of theft by employee and two counts of possession of Class B cannabis.

BTP Police Constable Jade Ledbrook, said: ‘Possessing fake items of police uniform and posing as a police officer is an extremely serious offence, and I’m glad that the severity of Baker’s delusional actions is reflected in his sentence.

‘Sexual Harm Prevention Orders are given to protect the public, and Baker’s blatant disregard for this demonstrates his dangerous mindset.

‘Had he not been stopped as a result of this extensive investigation, he could have continued to commit even further, and potentially more serious, crimes – therefore I’m pleased to see him behind bars.’