Serial child killer Robert Black who murdered four schoolgirls in the 1980s was a ‘heavy smoker with high cholesterol’ when he died at his high-security prison aged 68, inquest hears

Serial child killer Robert Black was a heavy smoker with high cholesterol when he died, a lawyer has told his inquest.

Black, dubbed ‘every parent’s worst nightmare’, was handed 12 life sentences for murdering four girls aged between five and 11 in the 1980s but is suspected of being responsible for countless more.

Black, from Falkirk in Scotland died at Maghaberry high-security prison in County Antrim in January 2016.

The 68-year-old spent the the 1970s and 1980s working as a delivery driver and cruised the UK looking for young victims to abduct.

His reign of terror ended in 1990 when he was caught by police with a barely alive six-year-old girl. She was found hooded, bound, gagged and stuffed in a sleeping bag in the back of his van in the Scottish village of Stow.

However he was only charged with the murders and sexual assault of his earlier child victims after sex therapist Ray Wyre was brought in to speak to Black in prison while he was serving a sentence for attempting to abduct the six-year-old. 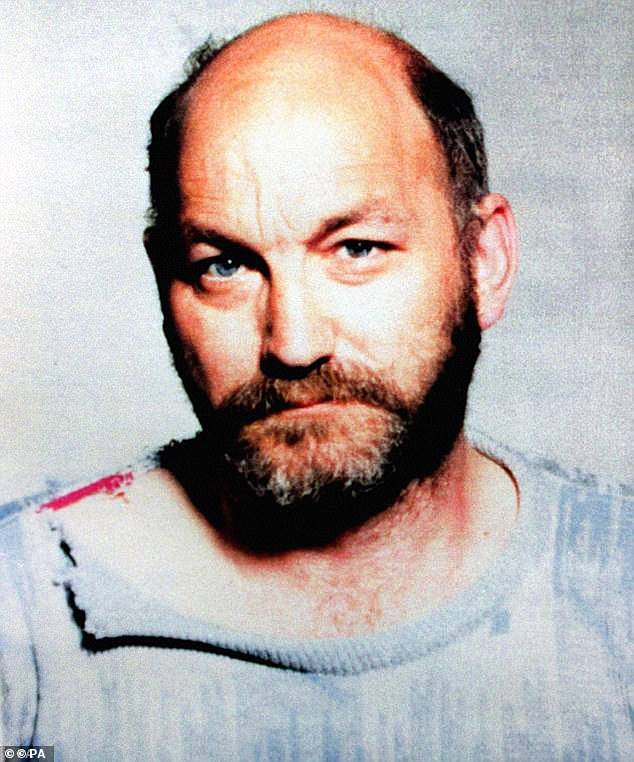 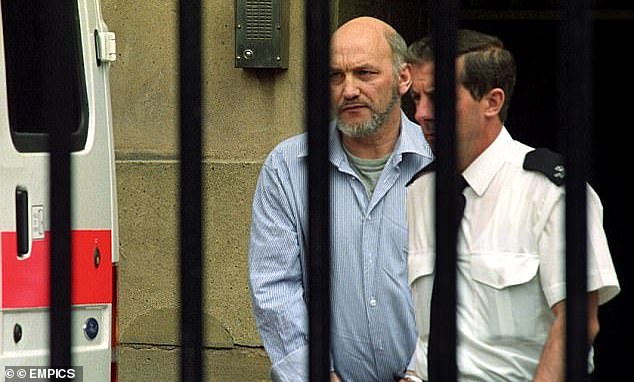 Black, pictured after being found guilty of murder, never confessed to any crimes but revealing interviews with a sex therapist gave the police enough information to convict him 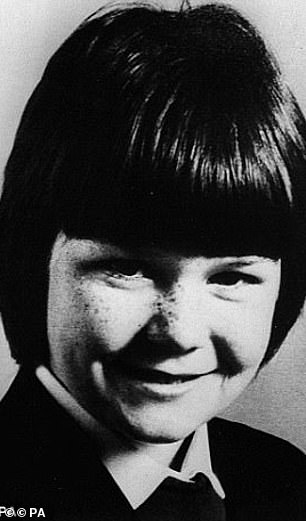 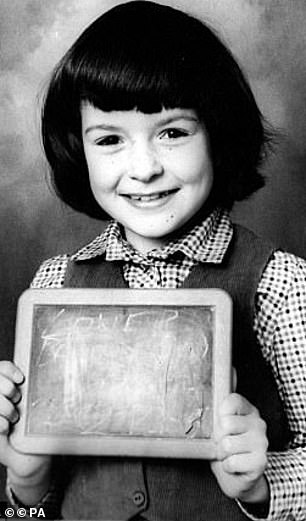 Jennifer Cardy, nine, (right) was murdered in 1981 when she was cycling to a friend’s house in Ballinderry, County Antrim. Susan Maxwell, 11 (left) who was walking home after playing tennis in Cornhill-on-Tweed when Black abducted and killed her in 1982

In 1994, Black was found guilty of three child murders in the 1980s, those of 11-year-old Susan Maxwell, from the Scottish Borders, five-year-old Caroline Hogg, from Edinburgh, and Sarah Harper, 10, from Morley, near Leeds, as well as a failed abduction bid in Nottingham in 1988.

In 2011, he was found guilty of the 1981 murder of nine-year-old Jennifer Cardy, from Ballinderry, County Antrim.

Susan Maxwell was aged 11 when abducted in 1982 near the border between Scotland and England.

Her body was gagged and bound and she was found 250 miles away, in England.

His next victim was a girl aged five, Caroline Hogg, who was abducted from Portobello in Edinburgh in 1983 and her body was found 300 miles away.

Sarah Harper, aged 10, was abducted in 1986 and found dead in the River Trent near Nottingham.

Stephen Ritchie, a barrister for the Coroners Service, said medics believed Black died from a heart attack after having a stroke 20 years earlier.

He said: ‘He was in his late sixties, a heavy smoker, with diabetes and high cholesterol.’ 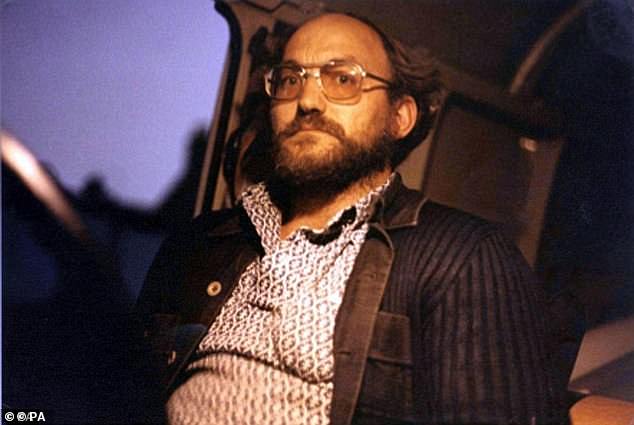 His inquest is being held in the same courtroom in Armagh city where he was convicted of the murder of Northern Irish schoolgirl Jennifer Cardy in 2011.

GP Dr Joseph Palmer said: ‘His overall condition would be someone at risk of having a cardiovascular event, that is a stroke, heart attack or deep vein thrombosis, given that he has already had a stroke and is on a number of medications to hopefully prevent it.

‘He also said that he was a smoker not interested in stopping smoking, that risk would have increased.’

The doctor, who treated Black at Maghaberry Prison, said the tobacco use was likely to damage the patient’s coronary artery.

The prisoner had also been diagnosed with type two diabetes, which increases the risk of a heart attack, and the doctor said he did not exercise enough.

Black, who lived out his last days in Maghaberry high security prison in Co Antrim, was also suspected of involvement in other killings and unexplained disappearances and had long been the prime suspect in the case of missing 13-year-old Genette Tate, who was last seen in a rural lane in Aylesbeare, Devon, in 1978.

Nobody from his family was present at his inquest and the Coroners Service was unable to trace anybody, coroner Paddy McGurgan said.

The killer was put up to be fostered within weeks of his birth in 1947.