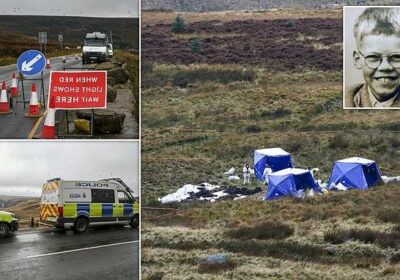 The hunt for Moors murder victim Keith Bennett entered its sixth day on Wednesday as police widened the search in a bid to finally locate the tragic 12-year-old – who was snatched and slain by notorious serial killers Ian Brady and Myra Hindley 58 years ago.

Forensics officers could still be seen combing for clues on the rugged landscape on Saddleworth Moor in Oldham, Manchester, today as they as they sought to end the six-decade mystery of the schoolboy’s final resting place.

A third blue tent was pictured on the moorland while areas of land were taped off. Meanwhile, portacabin toilets have been installed on the site and temporary traffic lights erected on a stretch of road cordoned off for police vehicles.

There were hopes of a breakthrough after bones that appeared similar to those of a 12-year-old child were reported to have been found on Saddleworth Moor by an amateur sleuth on Thursday – just a few hundred yards from where the remains of Hindley and Brady’s other young victims were discovered.

Between July 1963 and October 1965, the twisted couple killed five children aged between 10 and 17 in a two-year killing spree which shocked the nation.

While two of the victims were discovered on the Moors in 1965, and a third in 1987, Keith was never found, with the location of his burial site taken to the grave following Hindley and Brady’s deaths in 2002 and 2017 respectively.

Greater Manchester Police (GMP) said on Tuesday that ‘no bones, fabric or items of interest’ had been recovered in the area. They have yet to comment on Wednesday’s search.

Keith was murdered in 1964 but his body was the only one of Brady and Hindley victims to never be recovered.

Last month, The Daily Mail reported that author Russell Edwards believed he had located the youngster’s makeshift grave on Saddleworth Moor, and archaeologists began searching the area on September 30. 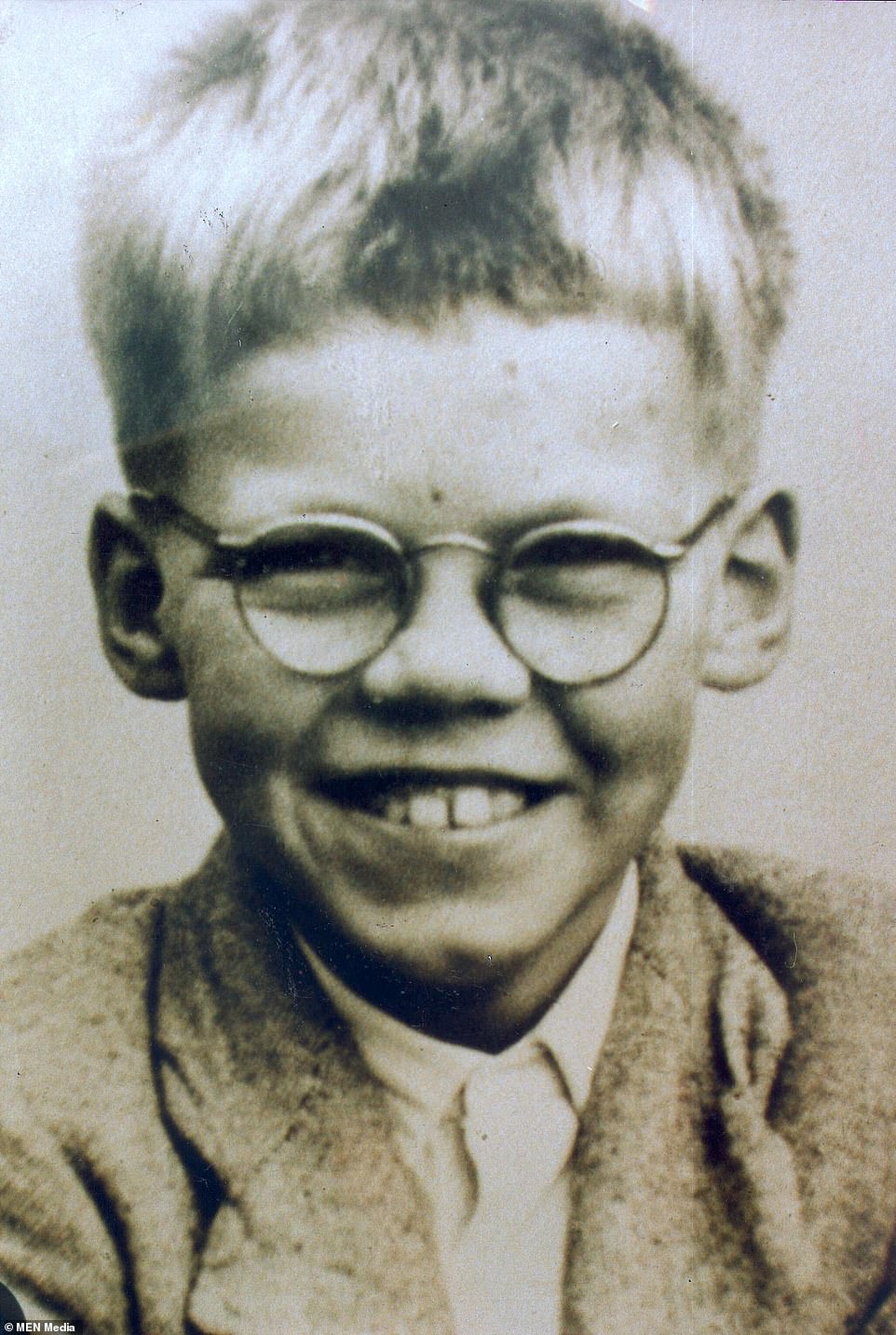 Police have widened the search for Moors murder victim Keith Bennett, 12, (pictured) after forensic teams admitted they have found ‘no visible evidence’ of human remains nearly 60 years after the boy’s killing 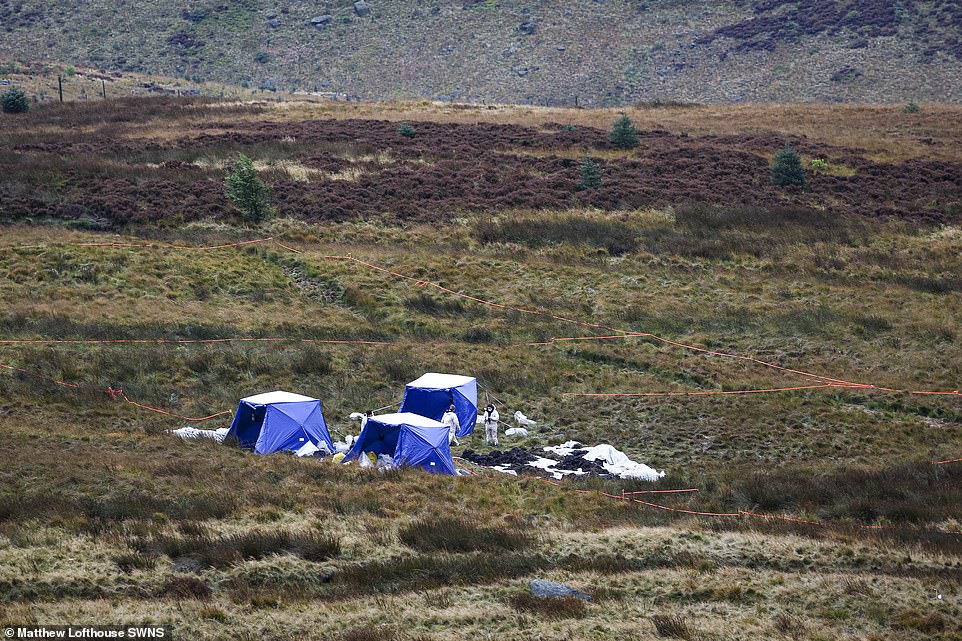 Forensics officers could still be seen combing for clues on the rugged landscape on Saddleworth Moor in Oldham, Manchester, today as they as they sought to end the six-decade mystery of the boy’s final resting place. A third blue tent was pictured on the moorland while areas of land were taped off 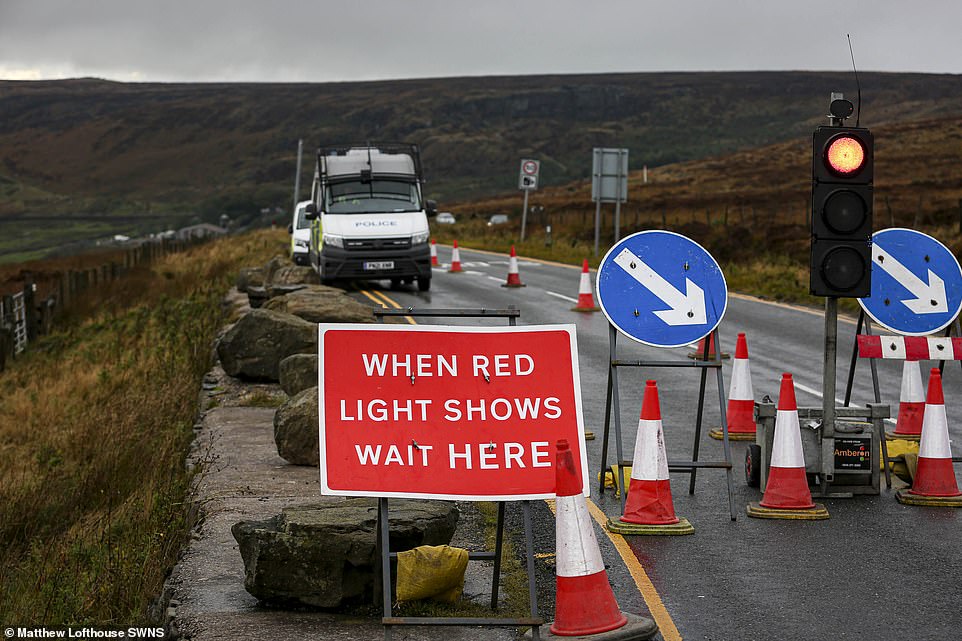 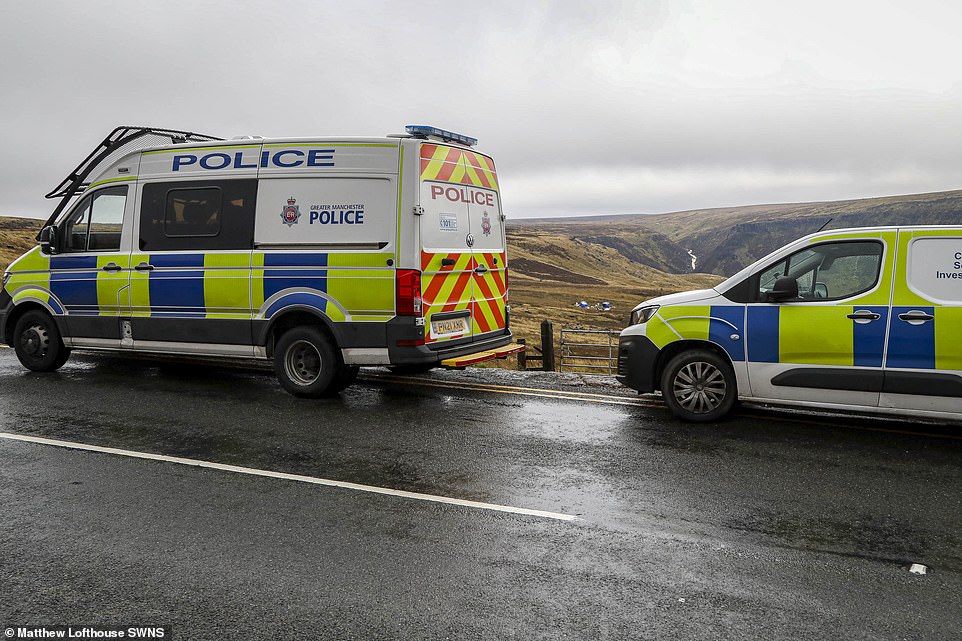 Greater Manchester Police (GMP) said on Tuesday that ‘no bones, fabric or items of interest’ had been recovered in the area – which was recently brought to police attention by a member of the public who had been researching the schoolboy’s murder 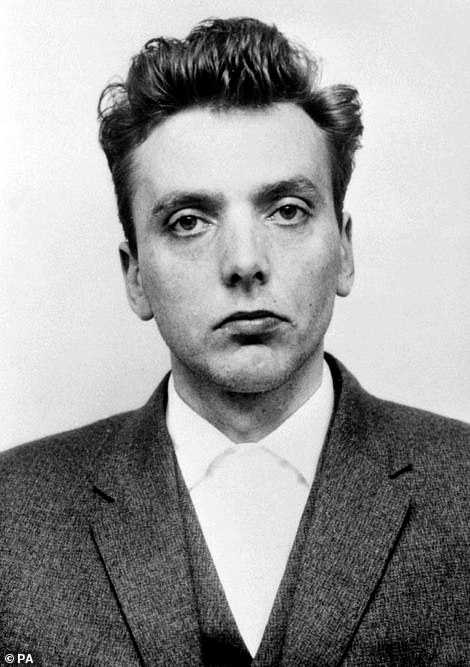 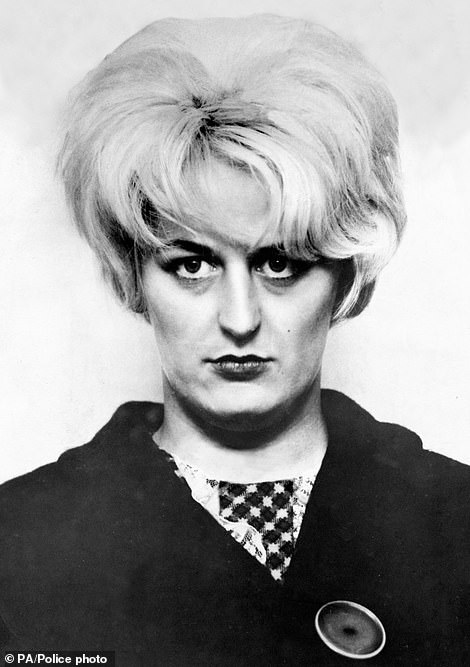 Police on Tuesday said a ‘meticulous examination of the initial area’ in Greater Manchester had been completed over the multi-day search and officers have moved on to surrounding grounds to ensure nothing has been missed.

‘Forensic archaeologists and forensic anthropologists have now completed a methodical archaeological excavation and examination of the area previously dug and refilled by the member of the public,’ Detective Chief Inspector Cheryl Hughes said.

‘No bones, fabric or items of interest were recovered from the soil.

‘These accredited and certified forensic experts are now continuing with a methodical and controlled excavation of the area immediately surrounding the original site to provide a higher level of assurance of the presence or absence of any items of interest.

‘Further soil samples have been taken for analysis, but at this time there is no visible evidence to suggest the presence of human remains.

‘The scene examination is ongoing.’

She added: ‘We have seen the outpouring of support since this news broke so know how our communities feel about this case but we are asking members of the public not to travel to the area and can assure them that we will provide timely and appropriate updates.’

Detective Hughes said that GMP is keeping Keith’s family updated at each stage of the search.

Keith was last seen by his mother in the early evening of June 16, 1964 after he left home in Eston Street, Longsight, Manchester, on his way to his grandmother’s house nearby. 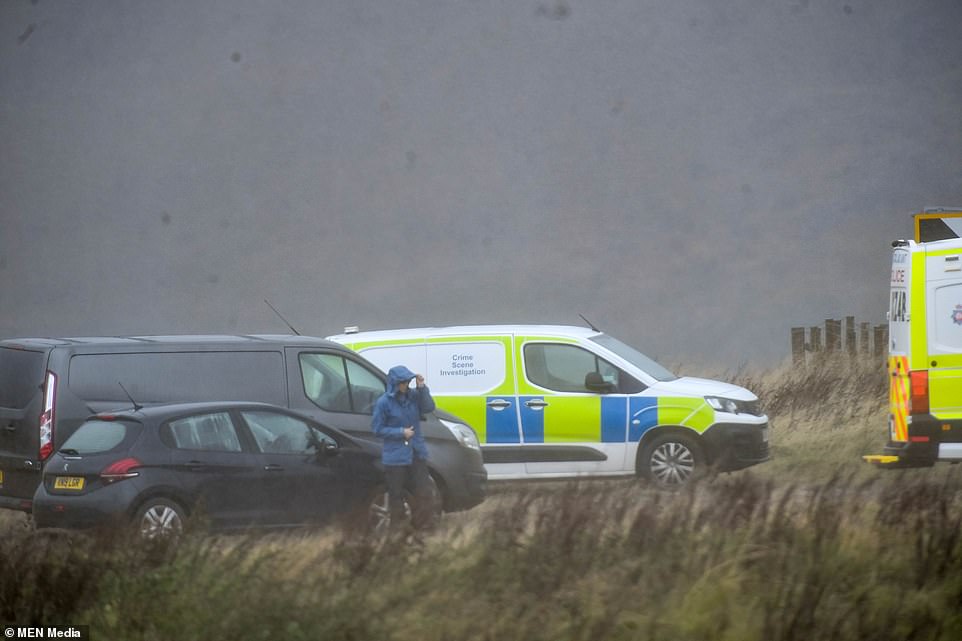 The search for Keith now continues in the wider area of Saddleworth Moor in the Peak District. Pictured: Police searching for remains in Saddleworth Moor near Oldham, Greater Manchester on September 30 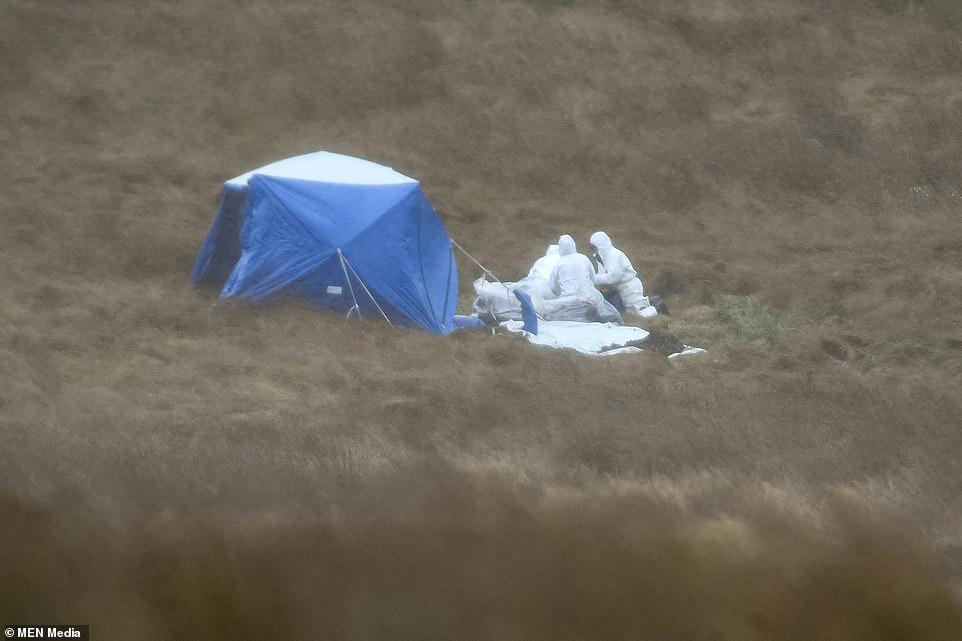 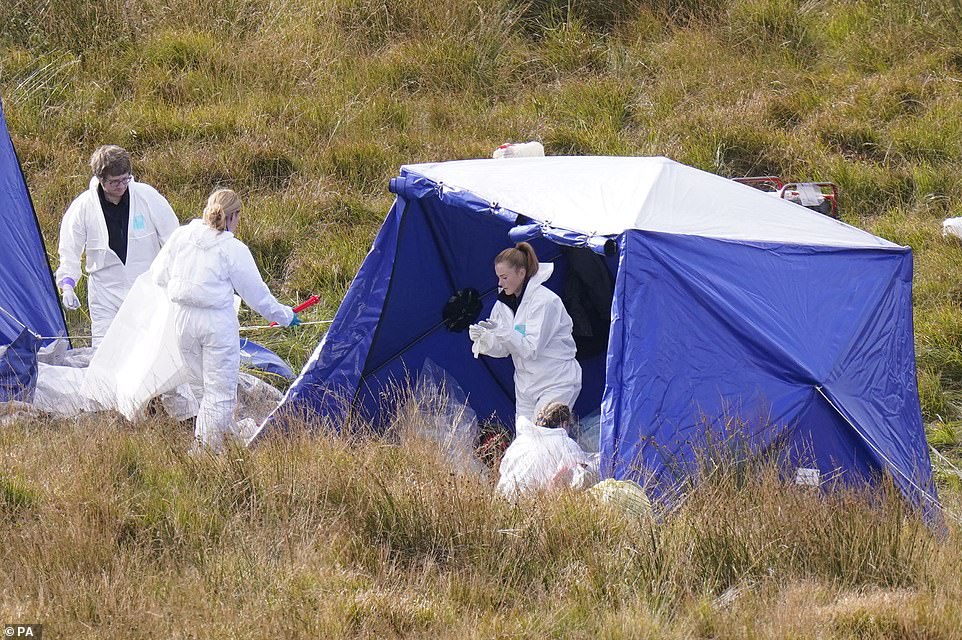 Officers are pictured searching for Keith’s remains on on Saddleworth Moor, in north west England on Monday 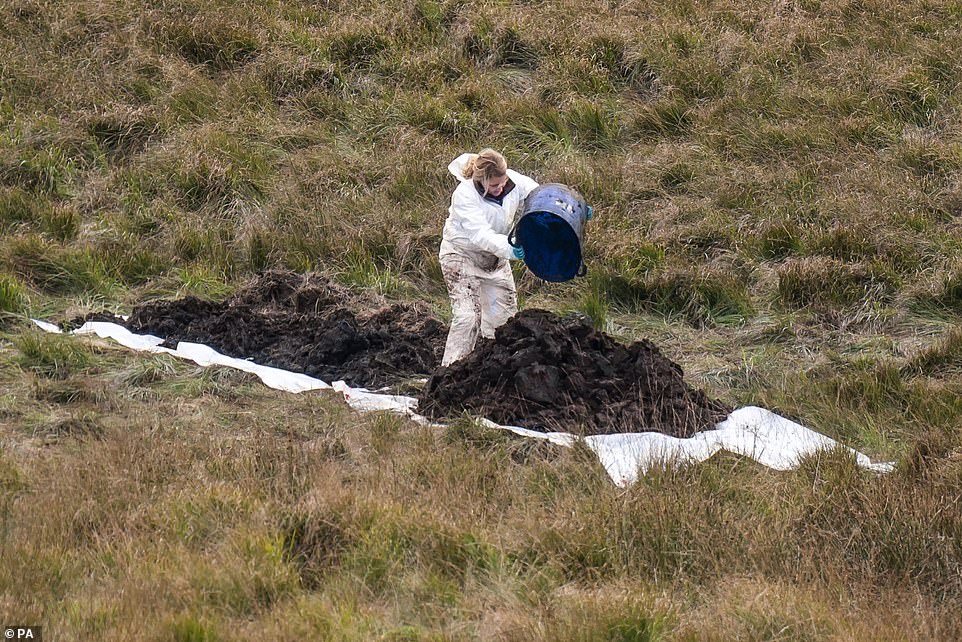 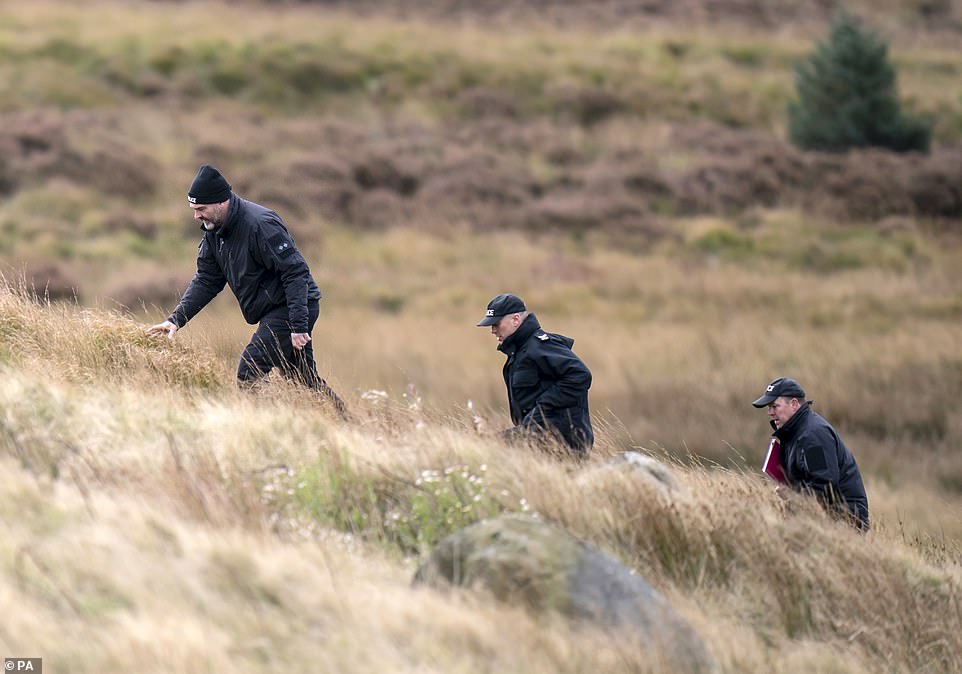 Brady and Hindley were caught after the Edward Evans murder and Lesley and John’s bodies were recovered from the moor.

They were taken to Saddleworth Moor to help police find the remains of the other victims, but only Pauline’s body was recovered. Brady claimed he could not remember where he had buried Keith.

In 2009, police said a covert search operation on the moor, which used a wealth of scientific experts, also failed to discover any trace of the boy.

Speaking after Brady’s death, Greater Manchester Police’s force review officer Martin Bottomley said: ‘It is especially saddening for the family of Keith Bennett that his killers did not reveal to police the whereabouts of Keith’s burial site.

‘A week hardly goes by when we do not receive some information which purports to lead us to Keith but ultimately only two people knew where Keith is.

‘Greater Manchester Police will never close this case. Brady’s death does not change that. We will act on credible and actionable information that will help lead us to him.’

In 2012 – 48 years after Keith’s death – his mother, Winnie Johnson, died aged 78 without fulfilling her wish to give him a Christian burial. 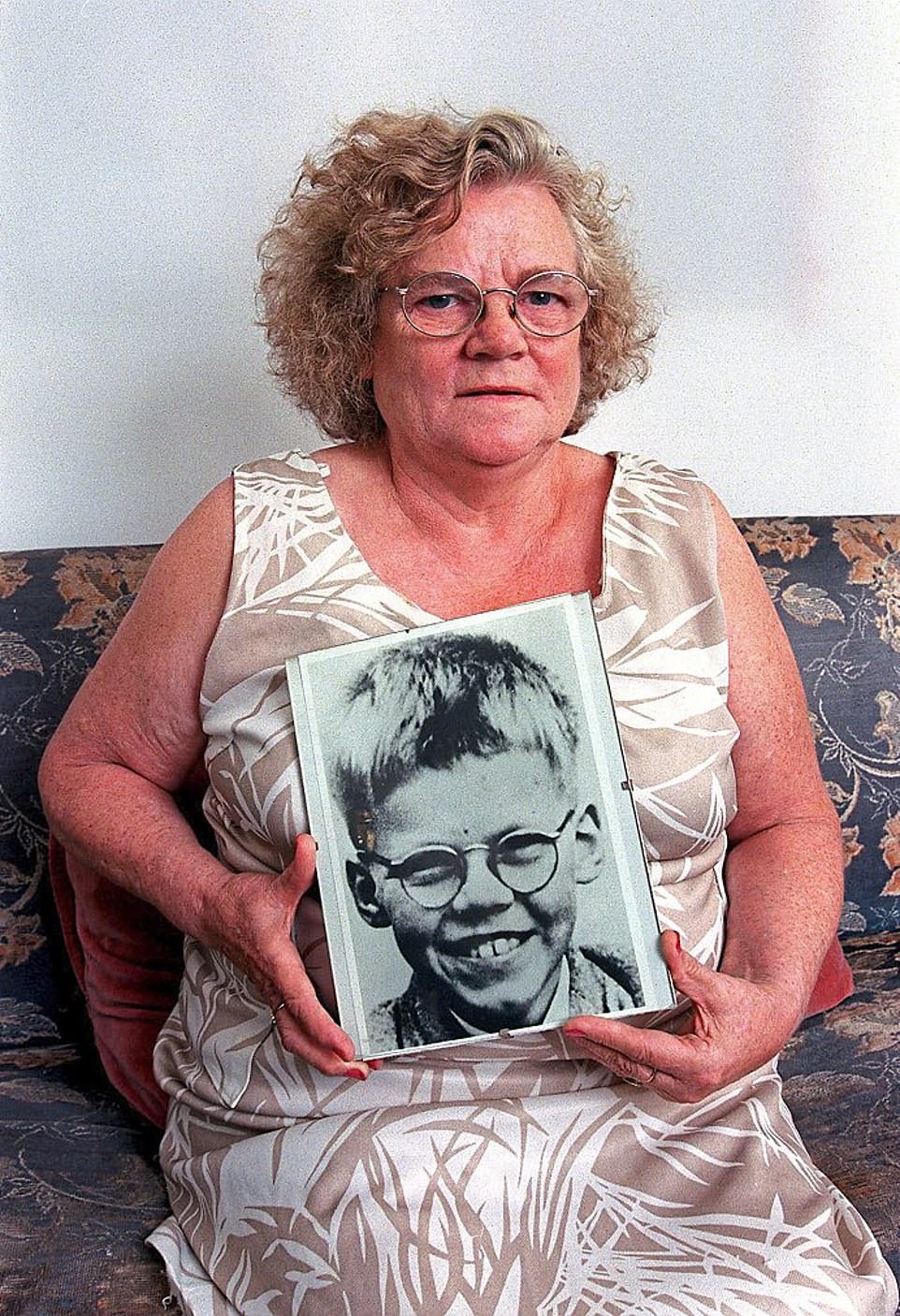 Haunted: Keith’s mum Winnie, who died in 2012 without ever knowing where her son was buried. Pictured with the famous ‘missing’ poster of her son 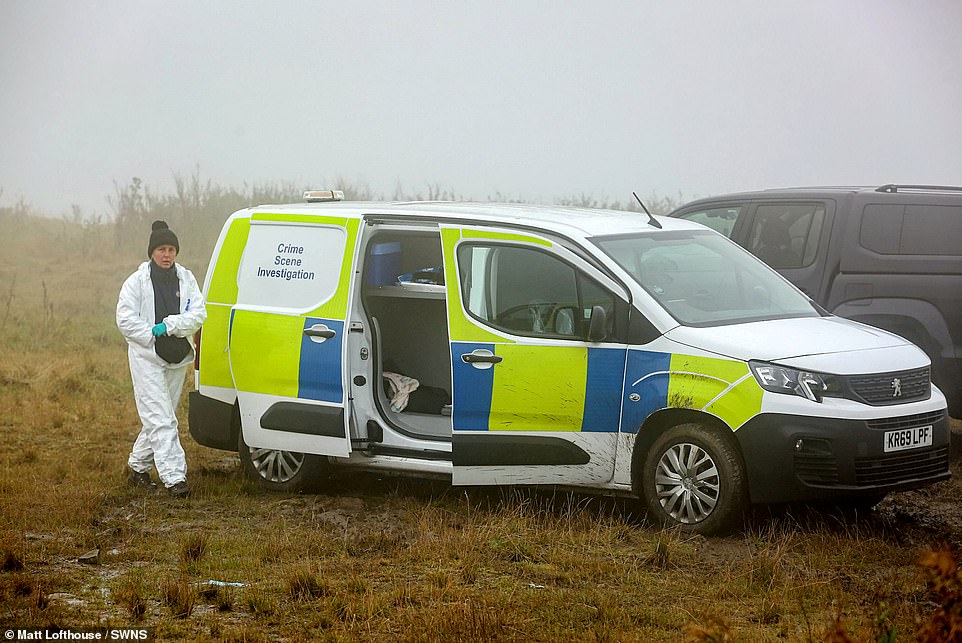 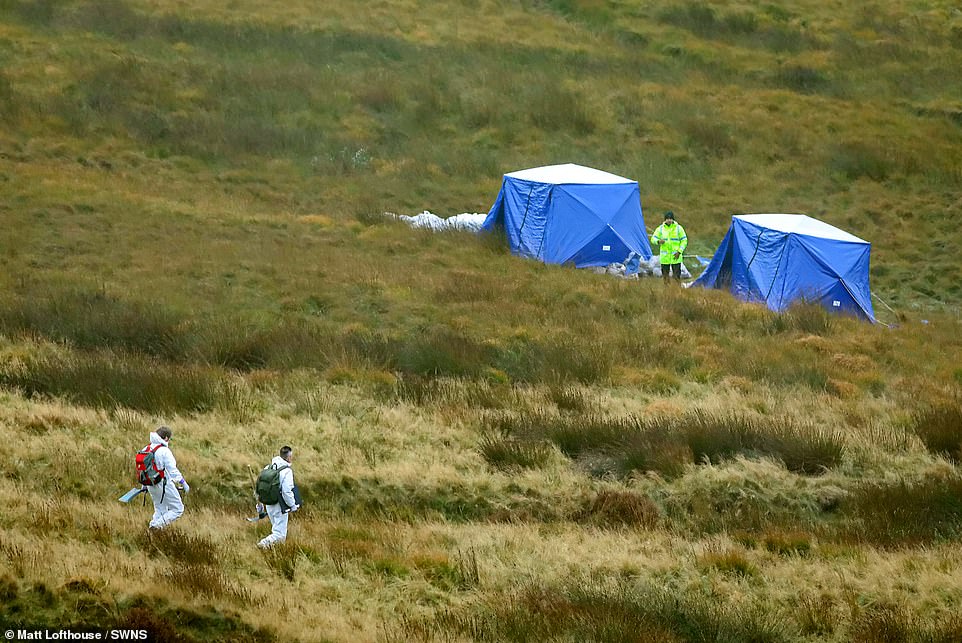 Before they died, Brady and Hindley were taken to Saddleworth Moor to help police find the remains of their victims. Brady claimed he could not remember where he had buried Keith. Pictured: Search teams investigating on October 2 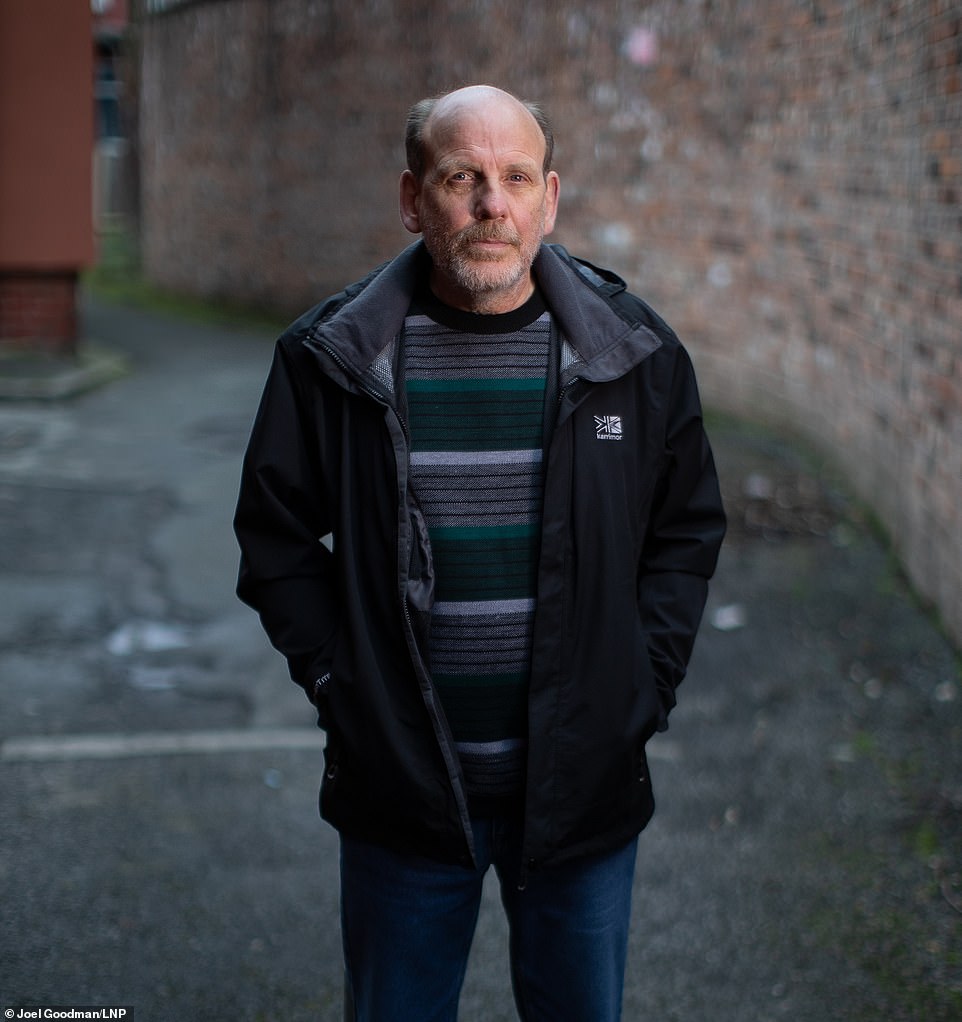 Nazi-obsessed Brady, who was officially diagnosed as a psychopath in 1985, taunted Keith’s brother Alan Bennett, now 66, in a sickening letter in 1991.

Brady insisted he would leave ‘special instructions’ of how to find the child’s remains in his will – but the clues never materialised.

At the onset of the most recent search, Alan took to social media to say here were ‘hundreds of thoughts running through my mind’.

However he expressed his scepticism, writing on Facebook: ‘Apart from believing this is the location for Keith and all the previous graves have been shallow why, if the police were taken to the location, has nothing been discovered as of yet?

‘I cannot escape the feeling that we have been here before.’

Alan wrote: ‘I am just getting frustrated, annoyed, confused and feeling a lot more emotions because there is more to this than meets the eye and I cannot understand why that bloke appears not to have been exact in his information to the police about the location.

‘Surely, he cannot have forgotten exactly where it is after his claims about his years of investigations. Just a few of the hundreds of thoughts running through my mind.

‘Just to be clear about this. I’m not saying there is nothing there, what I will say is that I, and many others are confused, to say the very least.

He added: ‘I’m not saying there is nothing there, what I will say is that I, and many others are confused, to say the very least.’

Alan said he believed Keith’s remains would not be found at the site being excavated – but ‘nobody can rule anything else out’.