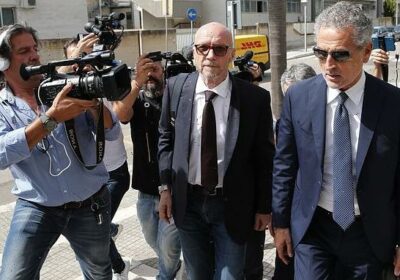 James Bond screenwriter Paul Haggis is RELEASED from house arrest in Italy over ‘sex attack on Englishwoman’, 28, as he faces rape trial against publicist in New York City in October

A judge in Italy on Monday ordered that film director Paul Haggis be released from detention at his hotel while prosecutors decide whether to pursue their investigation into whether he allegedly had sex with a woman without her consent over two days, his lawyer said.

Michele Laforgia told The Associated Press that his client, who is also a screenwriter and an Academy Award winner, was still in Italy.

The ruling was made by judge Vilma Gilli, based in Puglia, southern Italy.

Canada-born Haggis, 69, was detained by police on June 19 in Puglia after a woman told authorities that he had non-consensual sex with her over two days while he was in Italy for an arts festival in the tourist town of Ostuni.

He said he was innocent, according to the lawyer. 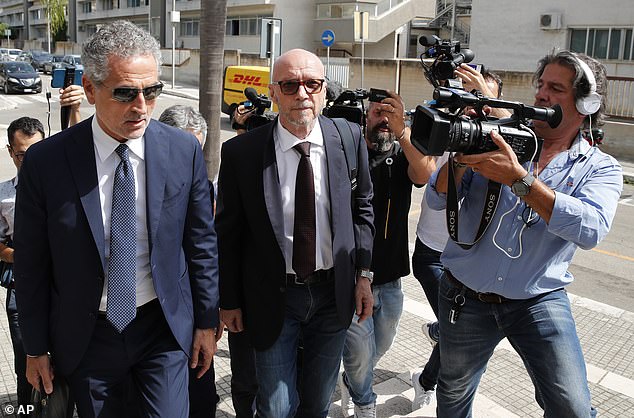 Haggis, who co-wrote, directed and produced Crash, which won the 2006 Academy Awards for best picture and best screenplay, is pictured with his lawyers outside the court in Italy

Laforgia said in text messages that the judge had ruled there were neither signs of violence nor abuse found on the woman, who prosecutors have described as young and foreign, and by Italian media as a 28-year-old Englishwoman.

Corriere della Sera newspaper, quoting from the judge’s ruling, said she concluded there was an ‘absence of constrictive violent behavior’ by Haggis.

The judge also noted in the ruling that the woman’s decision to be with Haggis in his lodgings was ‘spontaneous,’ the Italian daily said.

In a lengthy eight-hour session at Brindisi court that ended just before midnight, the woman, who is a university graduate from London and who has worked in the arts, gave her version of events.

She described how she had met Haggis at a film festival earlier this year and the two had stayed in touch agreeing to meet at the Allora Film Festival in Ostuni earlier this month. (June)

The woman’s lawyer, Carlo Strata, said she ‘remained calm and composed’ and stuck to her story during the hearing describing how she was attacked three times during the two days and then dumped at Brindisi airport by Haggis at 6am.

Staff found her in disheveled state and alerted police who after she had told them what she claims happened, held Haggis at his hotel later the same day.

He and his lawyer Michele Laforgia have insisted that sex between the pair was consensual, with Haggis saying the woman had asked him to get her a part as a ‘Bond girl.’

According to Mr Laforgia a medical examination carried out by doctors on the girl has been “misinterpreted” and was caused by an issue with a sanitary product.

It was judge Gilli who on June 22, after a closed door hearing, had ordered Haggis to remain in detention while the investigation continued.

Prosecutors did not say if they would move to drop the investigation or pursue it after the judge’s ruling.

Asked if the case might be closed, Laforgia replied ‘let’s see what the prosecutor’s office will do at this point.’

Haggis, who lives in the US, has had other legal problems. In recent years, four women in the US have alleged sexual misconduct by him.