Scottish spend on public services £1,600 MORE per person than UK Scottish spending on public services is £1,600 HIGHER per person than the UK average as Scotland spends £12.6 BILLION more than it generates in tax prompting critics to demand Nicola Sturgeon take action to fix her budget ‘black hole’

Spending on public services in Scotland was more than £1,600 higher per person than the UK average last year, with the country still spending considerably more than it generates in tax revenue, new data has revealed.

The figures show that while Scotland’s fiscal deficit fell for the third year in a row it was still spending £12.6 billion more than it received.

The statistics suggest Scotland now accounts for half of the UK’s entire deficit, despite having approximately 10 per cent of the population.

The spending ‘black hole’ has prompted calls for Nicola Sturgeon to ditch her Scottish independence plans and to get a grip of the public finances.

The Scottish First Minister has said she wants to hold a second independence referendum by 2021.

But her critics believe the figures released today show Scotland would struggle to maintain existing public expenditure if it was on its own, meaning there would likely have to be service cuts.

He said every Scot received a ‘Union dividend’ of nearly £2,000 a year. 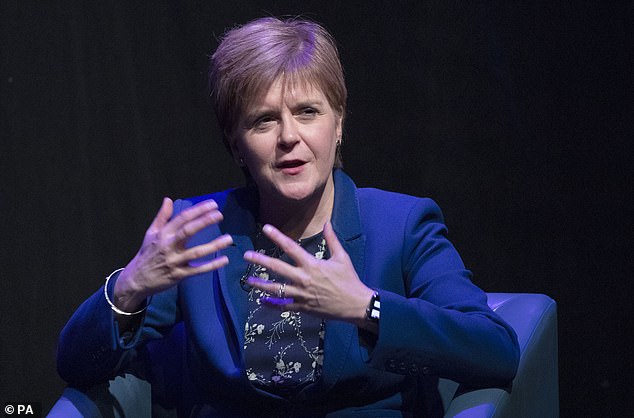 Nicola Sturgeon, pictured at the Edinburgh Fringe yesterday, is under pressure to drop her calls for a second independence referendum after statistics suggested Scotland would have to cut public services if it left the UK

Mr Jack added: ‘These Scottish Government figures also show there would be a £12.6 billion black hole at the centre of an independent Scotland’s finances.

‘Real questions need to be asked about the First Minister’s stewardship of the country’s economy.

‘With Scotland’s deficit now more than six times greater than the UK average, the Scottish Government needs to take action.’

He added: ‘These figures underline the importance to Scotland’s vital public services like our NHS of remaining part of the UK.

‘A stand-alone Scotland would have one of the biggest fiscal deficits in the developed world, and the SNP’s shock treatment plan to close it is by dumping the pound and imposing unprecedented levels of austerity.’

‘These figures reveal an enormous gap between what Scotland spends and what it raises in tax,’ he said.

‘We can have much higher spending in Scotland on public services thanks only to fiscal transfers from the rest of the UK, now worth £2,000 for every man, woman and child in Scotland.

‘What is remarkable is that despite today’s clear evidence of the cost of independence, Nicola Sturgeon is still demanding we re-run the independence referendum as early as next year.’

The Gers statistics show Scotland’s deficit is seven per cent of the country’s gross domestic product (GDP), compared with the UK which has a 1.1 per cent fiscal deficit. 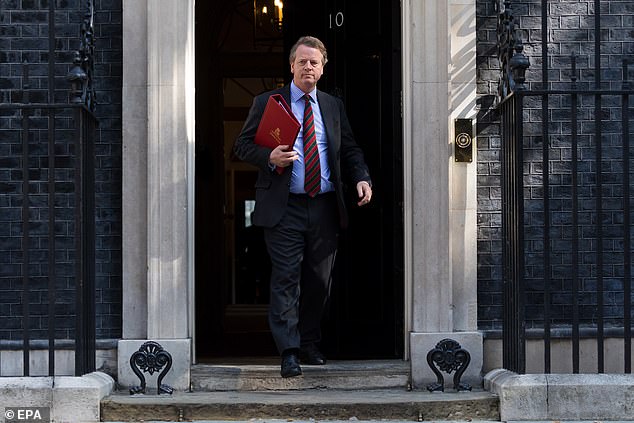 The ‘black hole’ in Scotland’s finances has improved on last year’s £13.4 billion deficit.

He said: ‘Today’s figures show overall revenue in Scotland reached £62.7 billion – exceeding £60 billion for the first time – reflecting the strength of our economy.

‘Our notional deficit has fallen while public spending has increased thanks to our efforts to grow the onshore economy and the strong performance of taxes in Scotland. The Scottish Government’s choices on taxation are helping to create a more progressive tax system.’