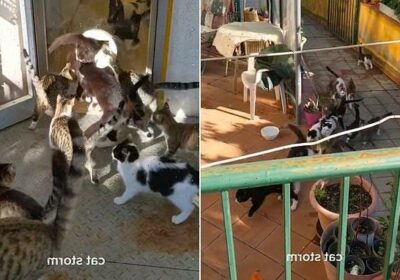 Stop puss-hing! Hilarious moment scores of moggies stream through one cat flap to get their breakfast

A man who shares his home with 24 felines has shown that a cat flap will not get in the way when breakfast is served.

Antonio Bosco, 57, who lives in Caltanissetta in Sicily, Italy, shares his countryside home with his mother and their 24 cats – and they have each mastered the art of seamlessly pouncing through a cat flap.

The software engineer has become a viral sensation after showing his felines hilariously rushing in through a single cat flap in order to be fed in footage taken on November 2 at 9:41am. 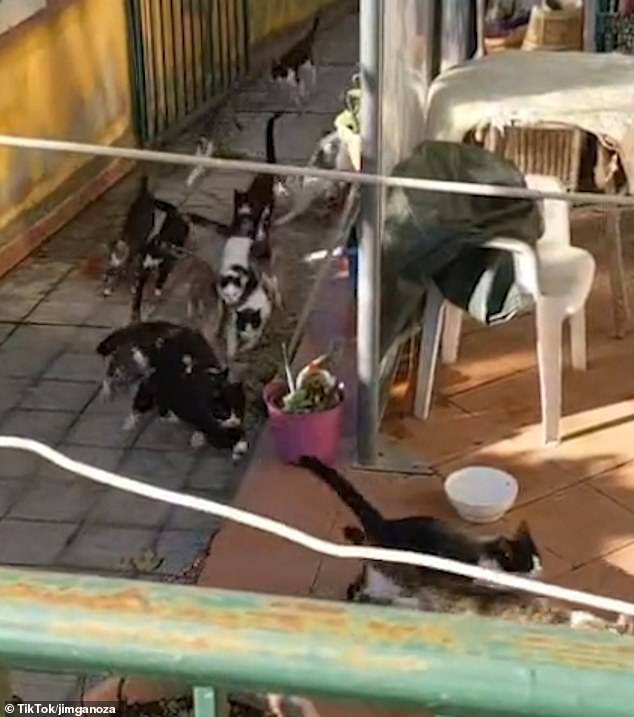 Antonio Bosco, 57, who lives in Caltanissetta in Sicily, Italy, shares his countryside home with his mother and their 24 cats – who have shown how they can seamlessly leap through a cat flap together 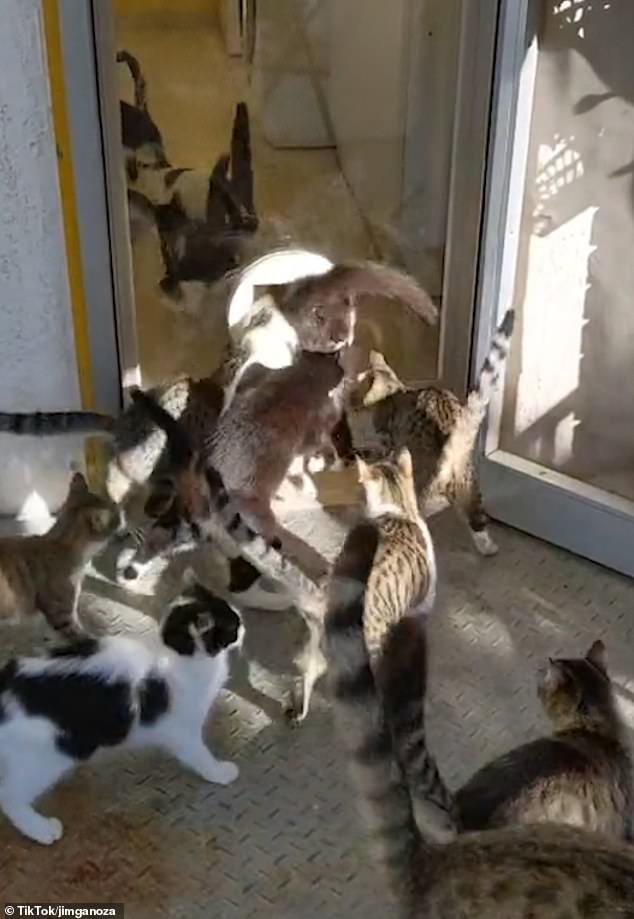 Mr Bosco, who works as a software engineer, became a viral sensation after he took the footage on November 2 and posted it to his TikTok account

The hilarious footage shows all of the cats running from their sunny garden to the front door, where they can be seen all jumping through the cat flap to get to their breakfast that is waiting on the other side.

Mr Bosco said he initially installed the cat flap because every time he kept the door open, the local neighbourhood dogs would run in and eat all the cat’s food.

He has two kitchens and keeps one for the cats that also has a heater for the cold winter months and 14 cushions so they can all snuggle up together.

Despite having 24 cats, with the oldest being 24, ‘most were born’ at Mr Bosco’s home and few were strays, which are now domesticated.

The video, which has received 2.9million views on TikTok, shows how the adorable felines scramble over each other to go inside the house.

An amazed user commented: ‘That’s my retirement plan right there. A herb garden and a million cats’.

One more wrote : ‘Is this heaven, cause it’s actually how I imagine my life as an older woman!’ 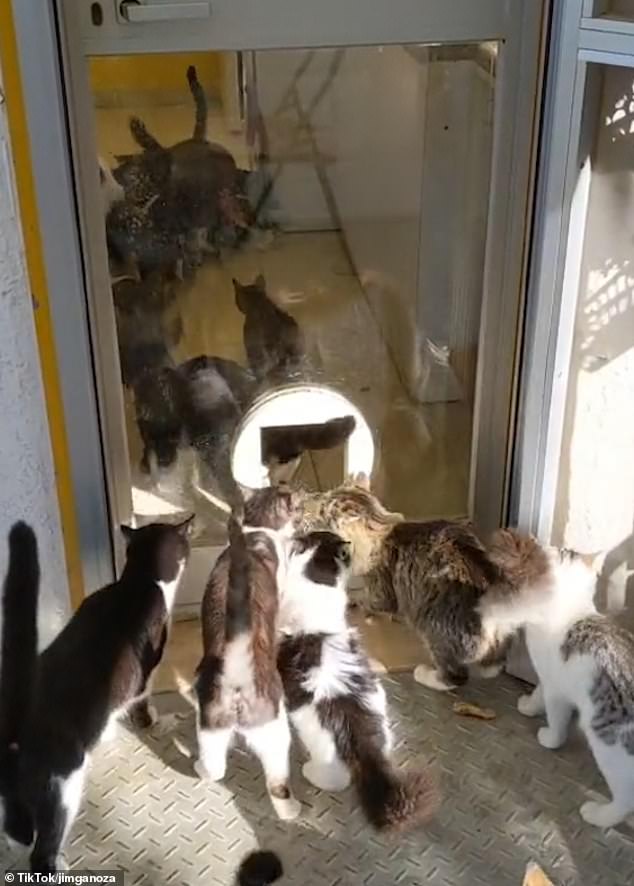 Mr Bosco said he initially installed the cat flap because every time he kept the door open, the local neighbourhood dogs would run in and eat all the cat’s food

In response, Mr Bosco wrote: ‘It just puts a smile on your face – even in the hard times.’

One concerned person added: ‘Are those strays or domesticated cats? I hope you are able to spay and neuter. It’s amazing that you are caring for all of them.

Thank you for your kindness.’

Mr Bosco went on to say to a fan of his video, ‘All cats are domesticated, neutered, [have] monthly antiparasite spray and plenty of food.’

Speaking about his beloved felines, Mr Bosco said:  They all are my pets. They not only stay outside most of the day but also sleep indoors where we provide a heater to keep them warm during winter.

‘In addition, we let them in occasionally but they generally prefer to stay outdoors because we are usually outdoors doing something in the garden.