The creepy 'Snaketivity' display was put up to mark Christmas in the Illinois Capitol building. 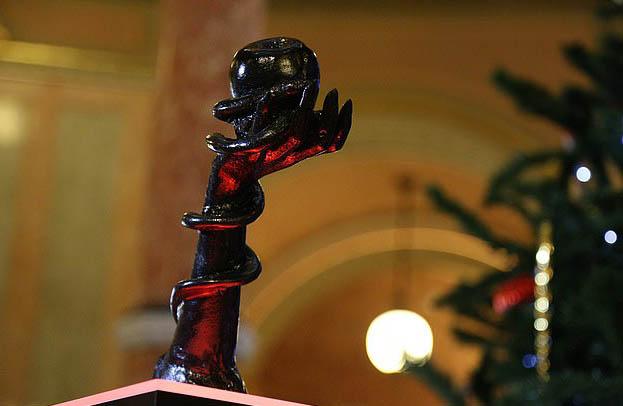 The statue – carved out of menacing black rock – shows a woman's arm holding an apple with a snake wrapped around it – a tribute to Satan tempting Eve in the Garden of Eden.

Locals said they were 'offended' by the statue being allowed to stand between a Christmas tree and a Menorah – but state officials are powerless to do anyhting about it.

Secretary of State Dave Druker pointed out: "Under the Constitution, the First Amendment, people have a right to express their feelings, their thoughts. This recognises that."

The £1,300 statue was crowdfunded by the Temple of Satan – which applied to place the statue in the capitol rotunda as they think the DEVIL is the bible's hero. 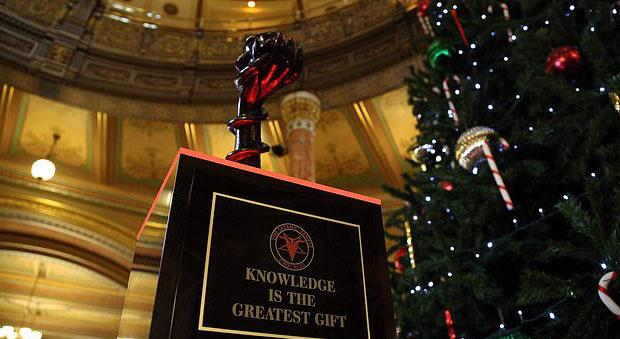 Group spokesman Lex Manticore said: "We see Satan as a hero in that story… spreading knowledge.

"We believe in religious plurality, and we just want equal representation. It's our constitutional right to do so, so we're just executing that right."

The Temple was set up in 2012 to "encourage benevolence and empathy among all people".

It now has 15 chapters across the US, and sparked controversy earlier this year by unveiling a winged, goat-headed statue of demon Baphomet outside an Arkansas statehouse.