Santa is caught on camera giving reindeer a 'team talk' Getting ready for take-off! Santa is caught on camera giving reindeer a ‘team talk’ ahead of Christmas

This is the hilarious moment Santa gives his herd of Reindeer a team talk ahead of their big night on Christmas eve.

The magical talk took place on the Williams Reindeer Farm in Palmer, Alaska.

Santa, who was dressed in his official work attire, gathered his  team in a pen.

However, despite it being the season of good will for all,  Santa, who was channelling the judge on a reality television talent show, hands out some devastating news to one of the Reindeer. 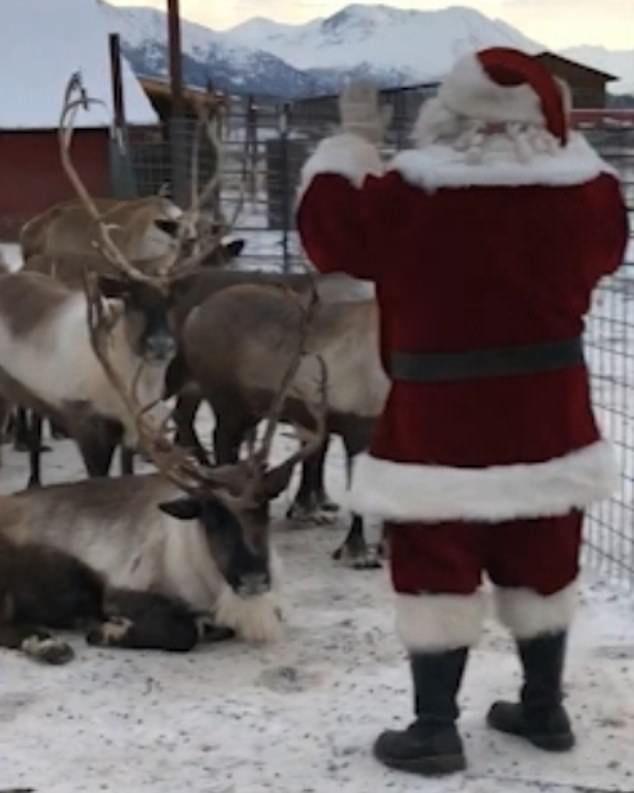 Santa, pictured, addressed his herd of Reindeer ahead of his Christmas Eve delivery to prepare them for the monumental logistical effort at a farm in Palmer, Alaska 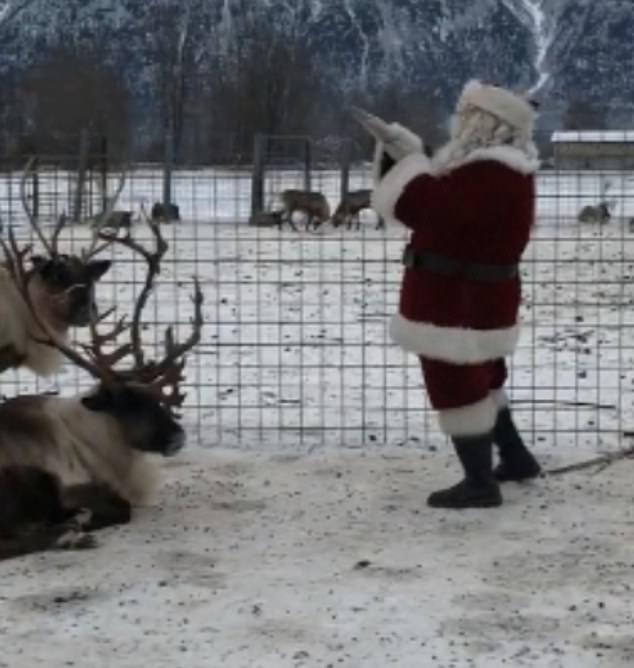 Despite it being the season of goodwill to all, Santa told one of the Reindeer that he was ‘off the team this year’ because he had ‘lost his antlers’

Pointing at one of his herd who was trying to hide at the back of the group, Santa said: ‘You’ve lost your antlers so you’re off the team this year, there’s nothing I can do about that.

Then Santa explained to the remainder of his team that he wanted to ‘go up and vertical’ rather than ‘horizontal’ in order to deliver toys to the millions of children worldwide.

Santa warned that if the sleigh doesn’t go ‘up’ it ‘risks taking the tops off trees and bringing down powerlines’. He admitted ‘the people don’t like that’.

The Reindeer farm in Alaska wsa founded by Tom and Gene Williams on the farm where they grew up.

According to the farm’s website: ‘Tom had a dream of owning a moose farm. He and his father were avid moose hunters with a great appreciation for these majestic creatures. In Alaska, it is impossible to own a moose or have a moose farm, but reindeer, however, are domesticated animals.

‘A new vision was created.’ 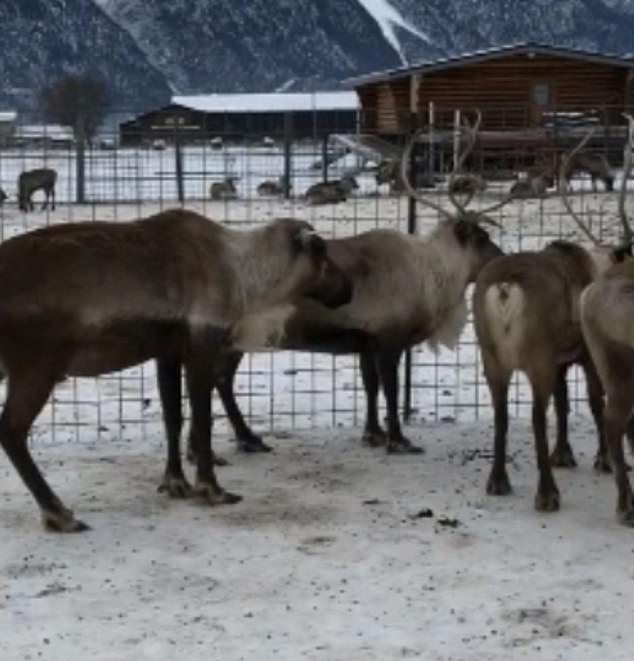 This Reindeer, pictured left, was inconsolable after he was told he was being dropped from the team this year because he lost his antlers