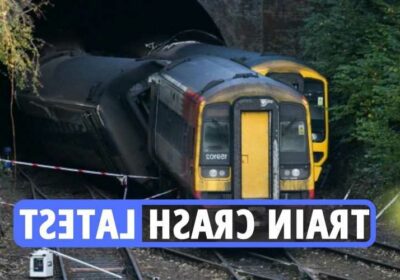 THE SALISBURY train involved in a crash which left 17 people in hospital had derailed SEVEN minutes before the second train hit.

A newborn baby was one of 100 people evacuated by more than 50 firefighters after the two trains collided in the Fisherton Tunnel near Salisbury, while a train driver was reportedly trapped in the wreckage for two hours.

Seven minutes later the 17:20 South West Rail train from London Waterloo to Honiton in Devon sped through the tunnel and crashed into the other train leaving dozens of passengers injured as sparks flew.