(Reuters) – Investors flooded social media platforms such as Reddit on Friday with criticism of Ryan Cohen’s sale of his stake in Bed Bath & Beyond Inc, blaming him for helping fuel a meme stock rally only to then walk away with a $60 million profit.

The billionaire investor disclosed on Thursday he had sold his 9.8% stake in the struggling home goods retailer, almost five months after amassing it and pushing for changes. In response, the company ousted its chief executive, changed some board directors and agreed to explore shedding its baby products unit.

Cohen stands to earn a profit before taxes of between $55 million and $60 million on the stock sale, according to a Reuters review of regulatory filings and a person familiar with the matter.

Cohen did not offer a reason for the u-turn and did not respond to requests for comment. He built a following last year of loyal individual investors who bet on his turnaround of video game retailer GameStop Crop, some of whom expressed fury and disbelief after they followed his lead on Bed Bath only to see him abruptly cash out.

Cohen sold his Bed Bath stock on Tuesday and Wednesday after it rose 300% in August amid a speculative rally in meme stocks, a popular reference to shares traded by investors mostly based on hype in social media rather than their economic fundamentals.

Bed Bath & Beyond shares, which briefly hit $30 this month, finished Thursday at $18.55, falling 20% after filings revealed Cohen planned to sell his shares. It plunged another 44% in after-hours trading after filings showed that he had sold all of his shares.

“I feel I took my hard-earned money out of my pocket and put it right into Cohen’s,” Bennett said. 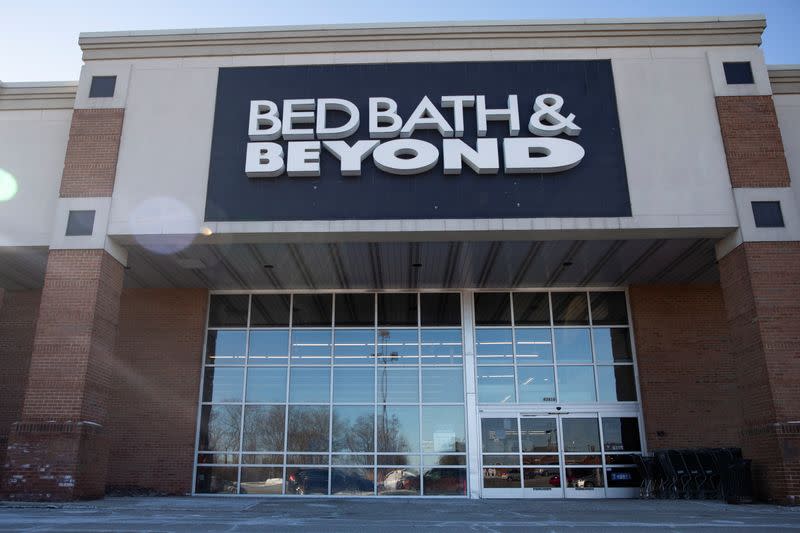 Bed Bath said in a regulatory filing on Thursday it was working with external financial advisors and lenders on strengthening its balance sheet, an admission that it needs to raise capital to stay afloat. The company had a mountain of long-term debt totaling $1.38 billion and only $107.5 million in cash as of the end of May, according to its most recent financial disclosure.

The investor reaction raises questions over whether Cohen will continue to exert strong influence over meme stock loyalists. On Wallstreetbets, the Reddit forum frequented by such investors, some lamented their losses and Cohen’s role.

“After reading what Ryan Cohen just did, I hope you all understand that he is not one of us,” one of the posters that goes by the name of Ronpm111 wrote.

Shares of GameStop, in which Ryan holds a 12% stake and serves as chairman, have dropped 20% since he disclosed his Bed Bath stock sale. This raised questions among many investors, including Bennett, over whether Cohen’s stock sale at Bed Bath will weigh on GameStop’s status as a meme stock.

“I don’t know if I can trust him to hold a stake in GameStop. I’ll probably be looking to exit that,” Bennett said.