A Russian five year old has escaped the clutches of a ravenous brown bear after being rescued by emergency services.

Zarina Avgonina, had got lost in the Russian taiga after trying to follow after her grandmother who had gone wild mushroom picking.

It was initially feared that Zarina may have drowned as the forests in the Nizhny Novgorod area have deep ravines and fast running rivers.

After rescue dogs had failed to find a whiff of Zarina, who was said to be ‘shy and afraid of men,’ rescuers had a stroke of luck when her footprints were found.

Relief quickly turned to fear as the tracks appeared to be crossed over by brown bear prints, meaning the child could be in danger of being mauled to death.

Armed hunters had to be called in to keep the prowling bear at bay in a forest where wolves also roam. 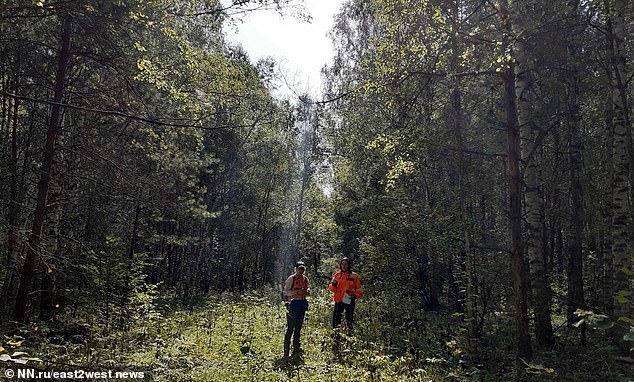 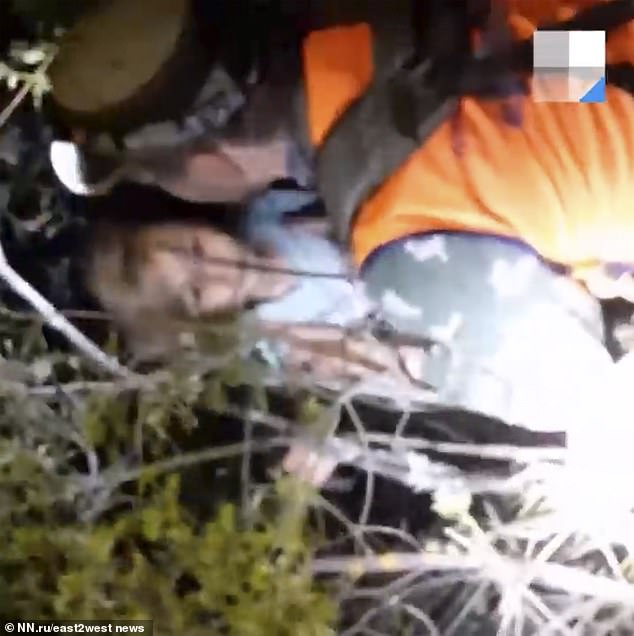 After spotting her eyes in the bushes, rescuers scramble to the little girl urging her not to be afraid before she is hoisted up by one of the search party 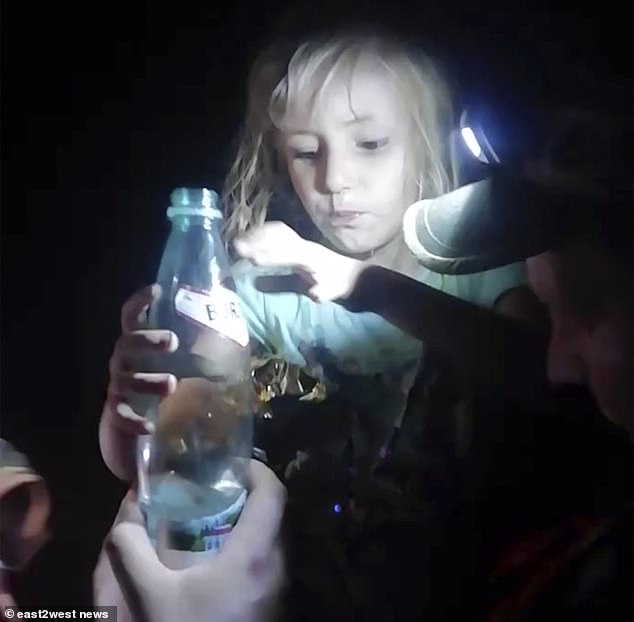 On the fourth night Zarina was found in the dense brush, severely dehydrated and exhausted all she wanted to do was ‘eat cake and go home!’

A massive hunt including volunteers was staged for the girl with women in each group deployed to call her name amid fears that she would hide from men.

On the fourth night of searching a rescue team managed follow her footprints and saw the ‘frightened’ girl’s brown eyes amid a pile of twigs and branches.

Zarina was found to be suffering from exhaustion and severe dehydration, happy to wolf down any supplies offered to her by the rescue team.

A rescuer called Alexey, seen carrying the girl in his arms, said: ‘The most interesting is we asked her “Are you scared?”‘

Zarina was found around one mile from the village of Stepanovka from where she had gone missing. She was later airlifted from the forest and taken to hospital.