THE first murder hornet has been captured prompting a rush to find the ferocious insects' colony before the mating season.

Washington State says over 1000 traps have been laid to capture the “shockingly large” and violent insects before their numbers explode. 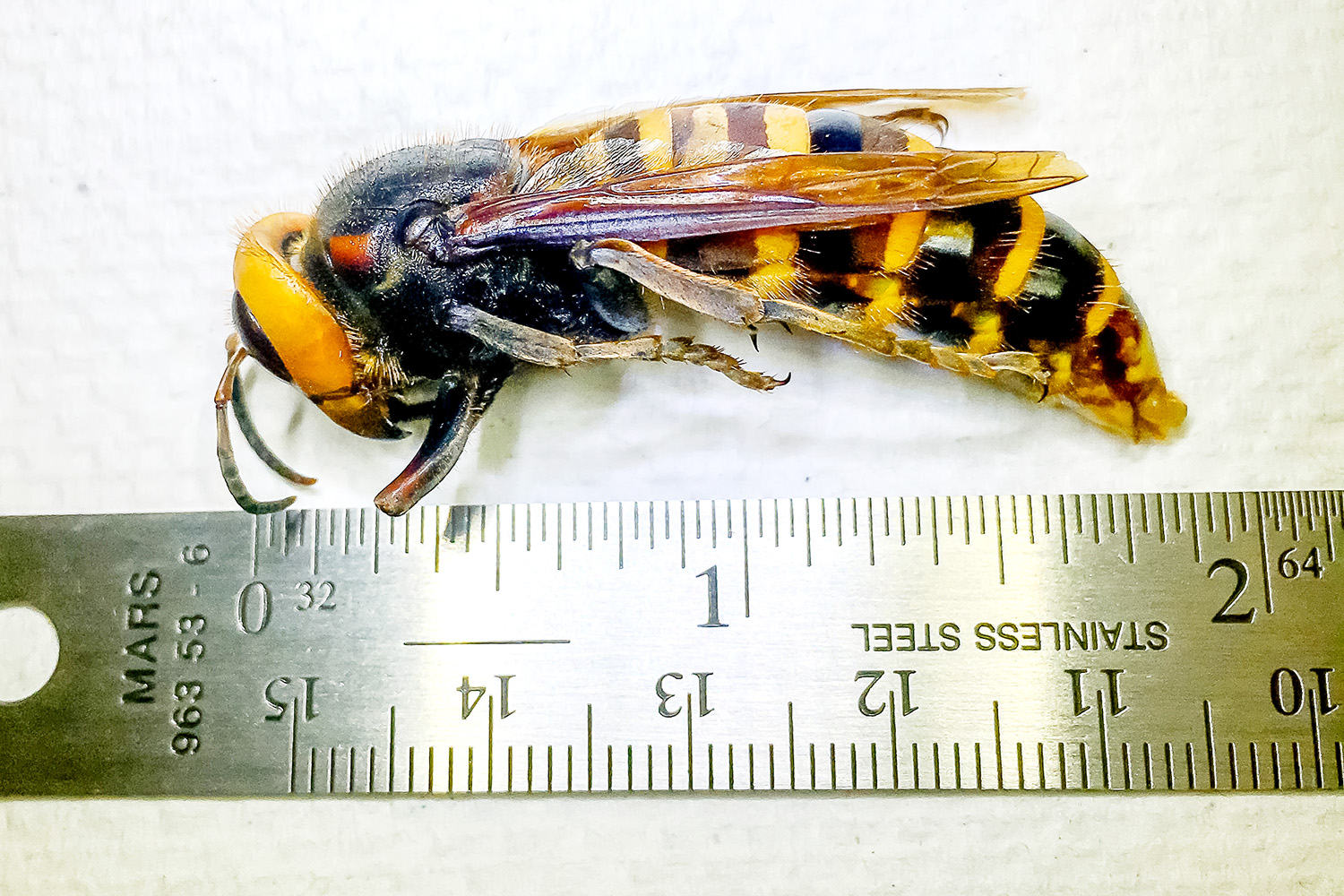 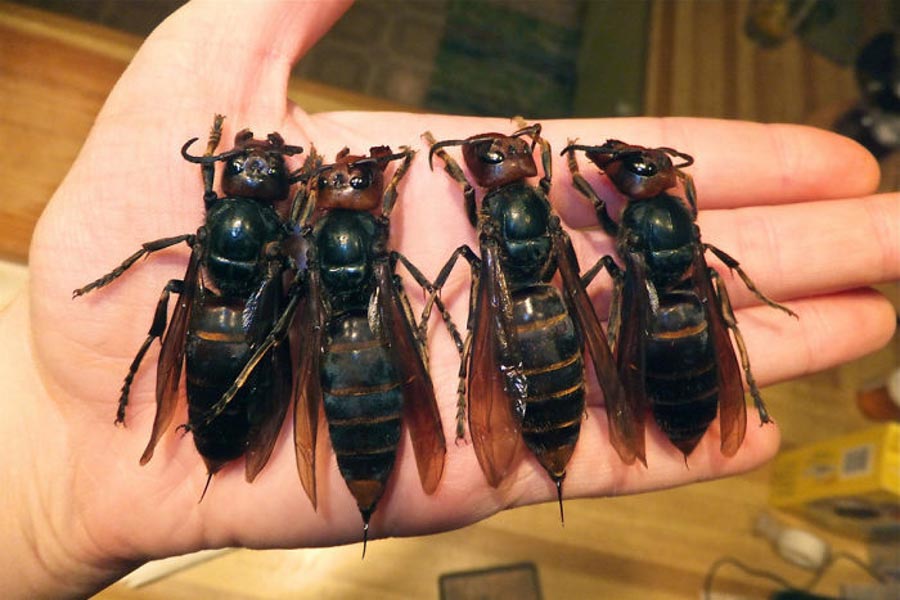 The two-inch hornets get their name because they rip the heads off honeybees in large numbers.

A single sting to a human is sore but multiple attacks are fatal and murder hornets are thought to kill at least 50 people a year.

After making their first appearance in North America in in British Columbia, in August 2019 in Canada, by December that year they were reported south of the border in Washington.

Reports began filtering of sightings earlier this year in the state prompting the Washington State Department of Agriculture to set traps.

The WSDA now confirmed a murder hornet was found in a one of its traps set near Birch Bay in Whatcom County on July 14.

WSDA says its next move is to find and destroy the nest by mid-September before the colony would begin creating new reproducing queens and drones.

Until that time, the colony will only contain the queen and worker Asian giant hornets.

“This is encouraging because it means we know that the traps work,” Sven Spichiger, managing entomologist for the department said.

“But it also means we have work to do.”

Destroying the nest before new queens emerge and mate will prevent their spread.

The WDSA says it will bring up infrared cameras and place additional traps in a bid to locate the nest. 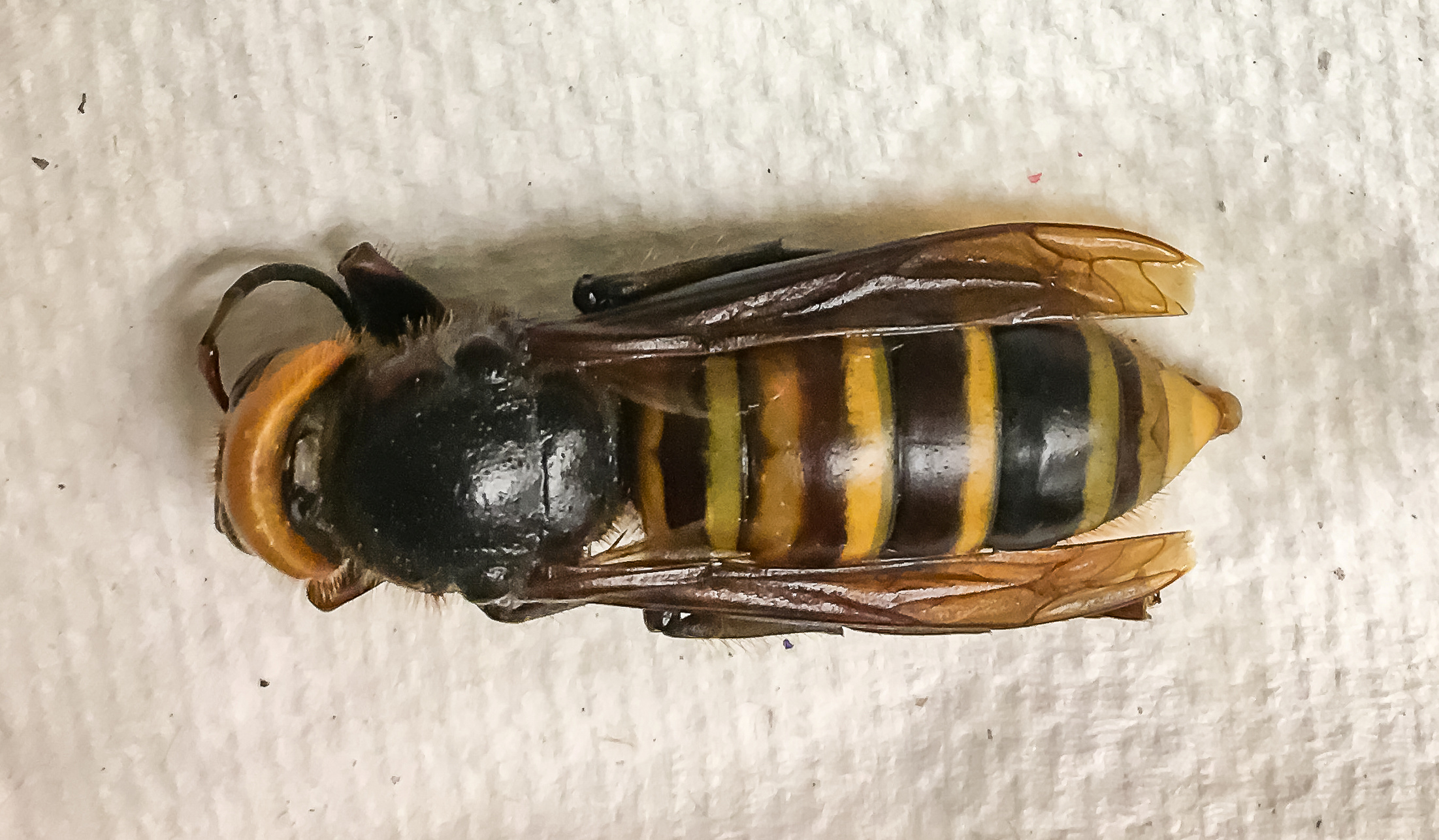 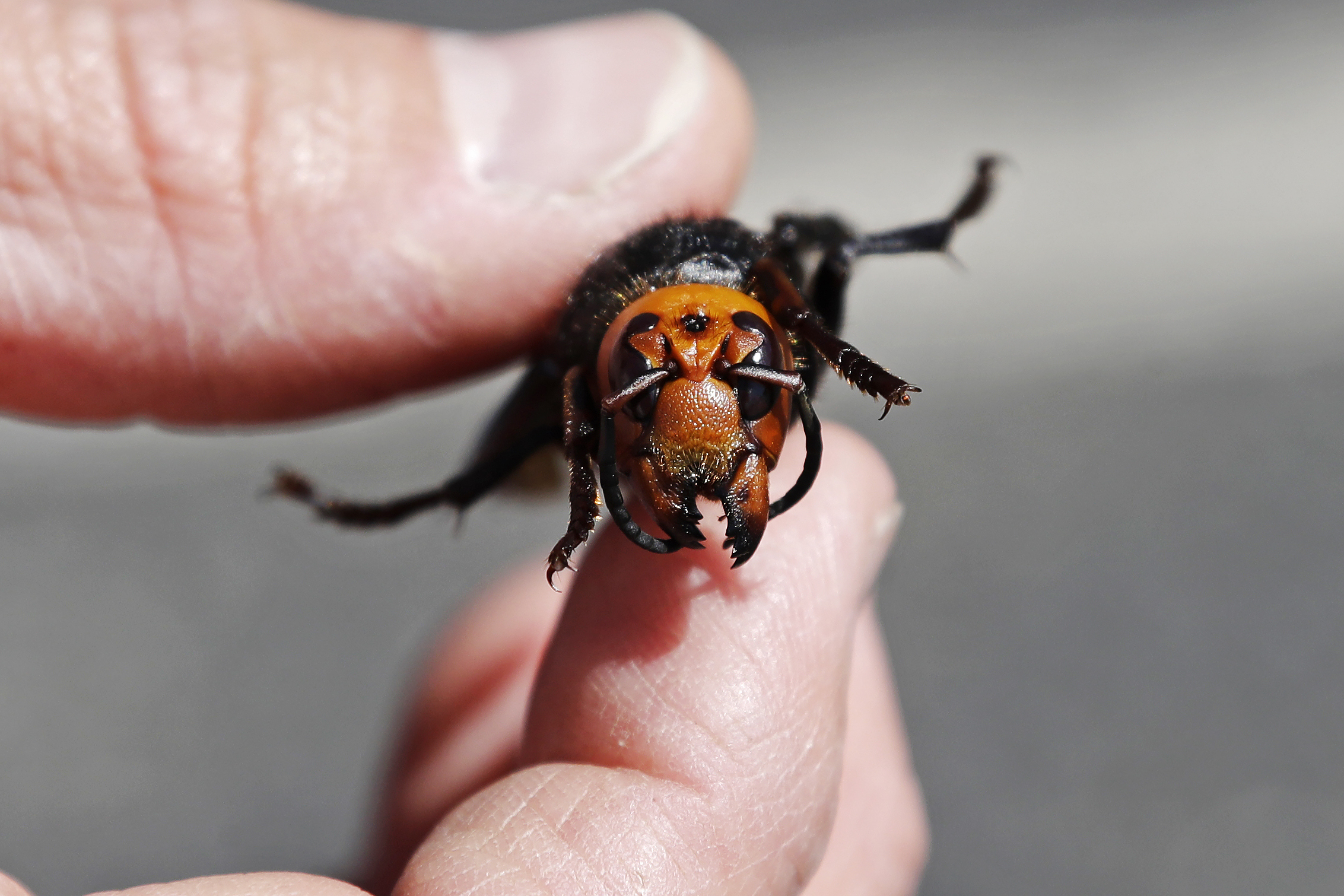 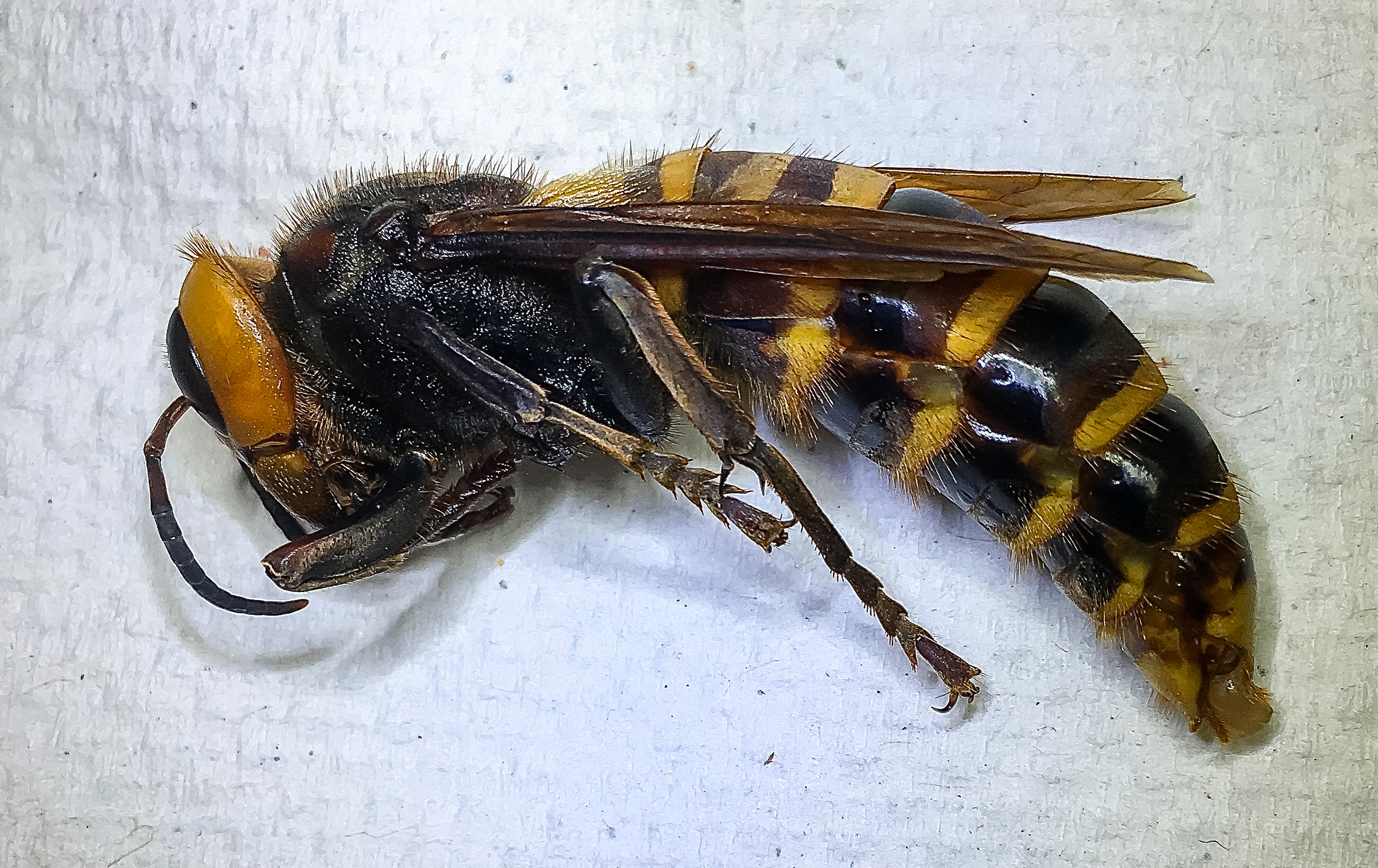 Staff will capture hornets but keep them alive, attempt to tag them and track them in the hope they will lead them to the colony.

About 1300 traps have been set in a bid to trap the beasts with citizen scientists among others helping to set them as well.

Murder hornets are roughly the size of a matchbox, have large yellow-orange heads, prominent black eyes, and a black and yellow striped abdomen.

They have sharp, spiked mandibles and after decapitating honeybees, use the bodies to feed their young.

The hornets can destroy a honeybee hive in a matter of hours.

Other bees are their primary targets but they have been known to attack humans when threatened.

In Japan – where they are most common – murder hornets kill around 50 people each year, the New York Times reports.

Jun-ichi Takahashi, a researcher at Kyoto Sangyo University in Japan, said the species had earned the “murder hornet” nickname there because their aggressive group attacks.

These expose victims to doses of toxic venom equivalent to that of a venomous snake and a series of stings can be fatal.