Ruinous project in East Timor could open door to China When Australia and East Timor settled maritime boundary dispute in March, guided by conciliators from The Hague, it seemed the way was now clear to develop the big Greater Sunrise petroleum field under the Timor Sea and thus sustain the new state for decades.

But now there is a deepening wrangle about how to exploit Greater Sunrise. 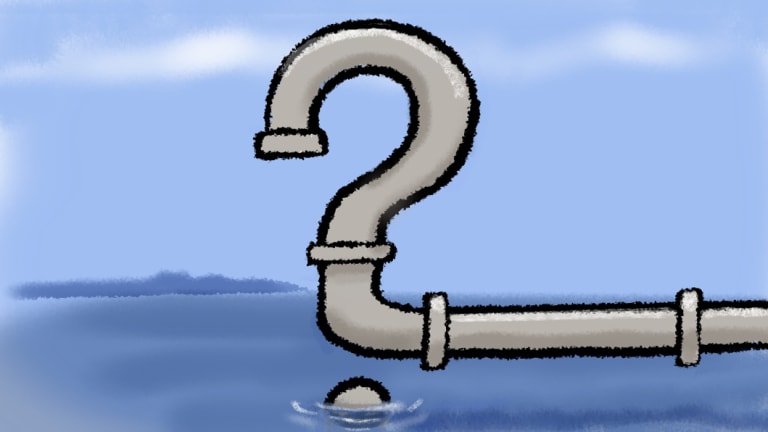 Because of this, oil companies with the development rights to Greater Sunrise are now heading for the exit. They see Gusmao’s scheme, known as Tasi Mane from the Tetum name for the sea, as commercially risky and technically dangerous.

A pipeline across the unstable 3,000-metre deep Timor Trench between Greater Sunrise and the Timor coast carries a high risk of catastrophe, says Marc Moszkowski, whose Florida-based undersea pipeline company DeepGulf surveyed the pipeline route for the government in Dili, which has not released the findings. 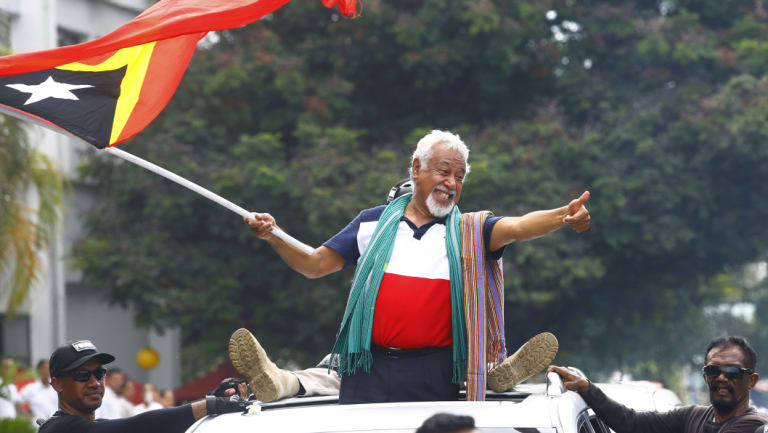 East Timorese independence hero Xanana Gusmao is pushing ahead with his controversial plan.Credit:AP

A sudden rush of water into the pipeline as it was being laid could capsize the pipe-laying vessel. Because no compressor exists that is powerful enough to expel water 3,000 metres down, a flooded pipeline would then have to be abandoned.

The remaining partners − Australia’s Woodside Petroleum with 33.44 per cent and Japan’s Osaka Gas with 10 per cent – can pre-empt these deals, but Gusmao says they have waived this right. 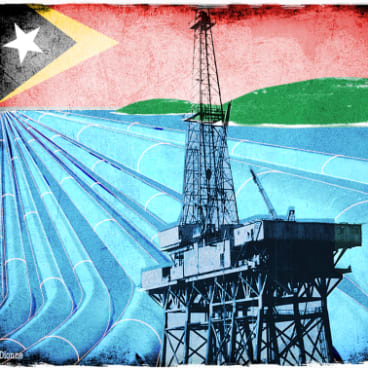 However, Woodside also wants no part of Gusmao’s project. In October, its chief executive Peter Coleman suggested a way his company might detach itself from Tasi Mane. Greater Sunrise development could be split into two phases. The first, costing US$2 billion, would be wells and platforms, and storage-offloading tanker, to extract petroleum liquids, worth between US$15 billion and US$17 billion. Any natural gas would be reinjected into the wells, pending a decision where it should be piped.

Coleman was effectively saying to Gusmao: if you want the gas, you have to pay for the pipeline and onshore facilities such as the LNG plant at Beacu, and then handle the exports. The point of sale for the companies would be the production platforms.

Woodside’s preferred option is sending the dry gas through a new 210 kilometre pipeline in relatively shallow water to connect with an existing pipeline from Bayu-Undan to the ConocoPhillips LNG plant in Darwin. Or it could be simply put into the Australian pipeline grid. Either way East Timor would get 90 per cent of royalties, without a huge development cost.

But asked recently on Dili television about those who questioned the cost or feasibility of Tasi Mane, Gusmao said “I don't care" and viewers should just trust “I will win” as he did in the independence struggle.

East Timor’s government is not standing in the way, even though new Prime Minister Taur Matan Ruak, another former guerrilla leader, had been critical of Gusmao’s grandiose scheme in his former role as the country’s head of state.  Indeed, funding for the ConocoPhillips purchase is now included in its 2019 budget, as presumably will be the Shell purchase. The laws governing the sovereign Petroleum Fund have been changed to allow Gusmao to tap it for Tasi Mane. 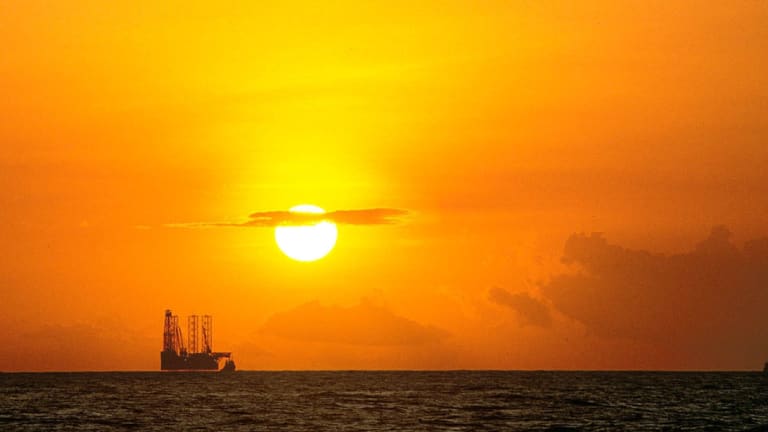 Concerns are rising in the oil and gas industry about Xanana Gusmao’s plans.Credit:The Age

The only serious questioning inside East Timor is coming from La’o Hamutuk, a non-government organisation in Dili. It says it has “serious doubts” the benefits will outweigh the costs. “We have repeatedly asked the managers of the project for the assumptions and data that make them so optimistic.”

La’o Hamutuk’s estimate of Tasi Mane’s total cost – including the ConocoPhilips and Shell acquisitions, the 56 per cent share of offshore development, the pipeline, the LNG plant at Beacu and support facilities – comes to US$15.85 billion.

This is roughly the present size of the Petroleum Fund. Gusmao is thus betting the house on his scheme.

Moszkowski says the flight of oil majors, selling out at discounted prices, should signal something. Even oil majors team up to dilute the risk and capital requirements for projects this size, he said. TimorGAP had zero production and zero revenue except subsidies. Now one of the world’s tiniest state oil firms was trying to get a majority interest in a US$25 billion project.

Who might step in to help fund it? The only possibility is China, Moszkowski thinks. “But it is unlikely China would sink US$25 billion in a money-losing scheme if she does not get something valuable in return.” This could be access for its navy to the new Suai port and for its air force to the large Baucau airfield – both right on the approaches to Darwin.

Such strategic nightmares aside, Australia should be worried about a potential repeat of Indonesia’s Sukarno years in its neighbouring quasi-protectorate: a revolutionary figure taking his country into bankruptcy, probably followed by political upheaval.

Instead, Canberra perpetuates the distraction of its sharp legal-diplomatic practices against fragile new regimes, Indonesia’s in 1972 and East Timor’s in 2004, to secure Greater Sunrise. This is the result of its ongoing prosecution of the Australian Secret Intelligence Service officer known as Witness K and the eminent lawyer Bernard Collaery, over disclosure that ASIS bugged East Timor’s cabinet room during the 2004 maritime negotiations.

Even without this reminder, Canberra would be struggling to convince Dili’s leaders its advice was disinterested. East Timor’s supporters in civil society should step up to persuade them against this ruinous project.

Hamish McDonald is a former China correspondent and foreign editor of the Herald. Peter Hartcher is on leave.