A RUGBY club kicked their new strip-joint sponsors into touch after it was blasted by fans.

Bosses were given a dressing down when an advertising banner showing a woman in a bra was shared on their Facebook page. 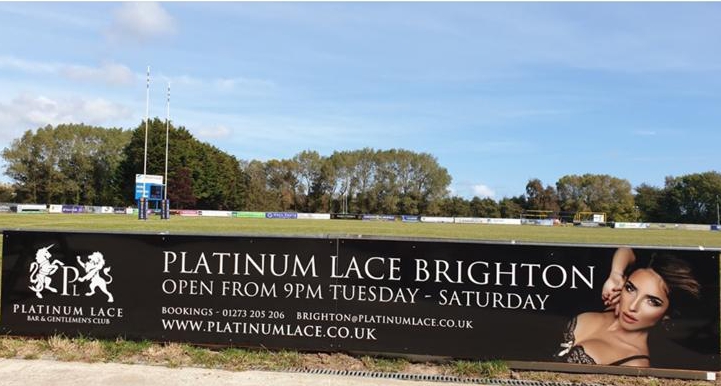 Worthing, in West Sussex, announced they were welcoming Platinum Lace Brighton into their “family”.

Fan Eric Mitchell responded: “Absolutely ridiculous. This would put me off sending anyone interested in playing rugby to you.”

And Abi Bence added: “This is unreal. My five-year-old girl will have to look at this.”

Other fans saw the funny side. Sam Griffin wrote: “Can you imagine what you get for being man of the match?”

Jamie Burn asked: “Will there be mascots at games?”

The club axed the deal within 24 hours. 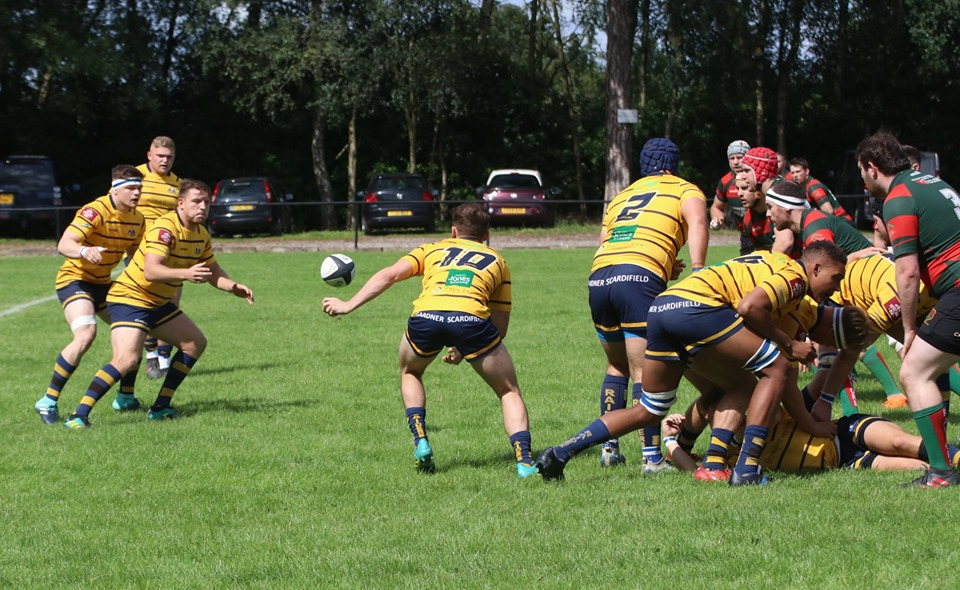 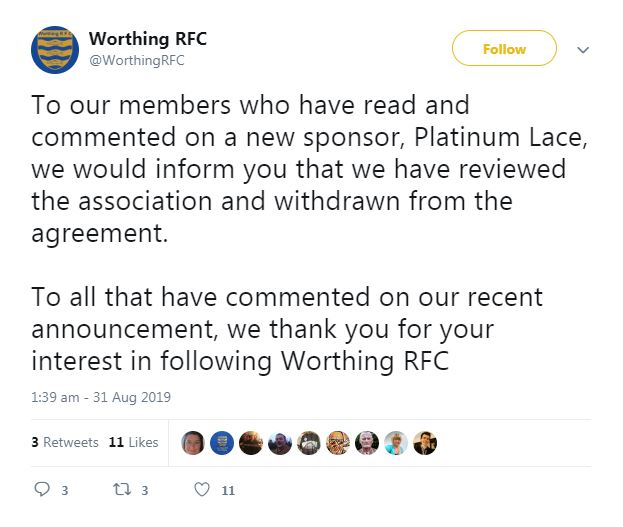