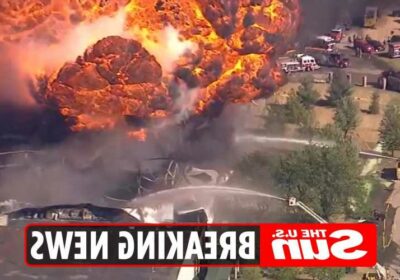 A CHEMICAL plant in Rockton, Illinois, was evacuated on Monday after an explosion sparked a massive fire.

Fire crews rushed to the Chemtool factory at around 7am local time after reports of smoke from the building. 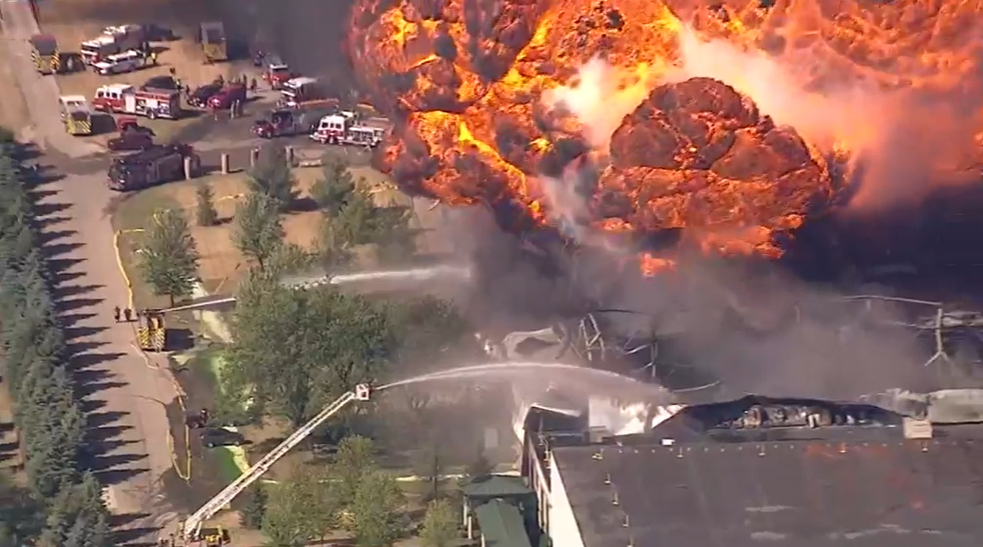 Shocking footage showed the plant explode into flames as the air filled with thick black smoke that could be seen up to 25 miles away, WREX reports.

No injuries have been reported.

A one-mile radius of the Chemtool plant is now in mandatory, full-scale evacuation due to possible dangerous chemicals being released, according to the Rockton Fire Chief.

It is unclear what sparked the initial explosion.

It is also not clear if there were any hazardous chemicals involved.

Neighbors reported hearing further small explosions as the fire worsened, according to WIFR.

“At approximately 7am today, local emergency personnel responded to a fire at the Lubrizol Corporation’s Chemtool Facility in Rockton, Ill," the company said in a statement.

"We have confirmed all on site are safe and accounted for. Our concern right now is for the safety of all our employees and the surrounding community.

"As a precaution, authorities have evacuated residents in a one-mile radius of the site.

"We do not yet know what caused this incident, but we will be working with local authorities and with our own risk management team to determine what happened and identify any corrective actions," the statement added.

"We will share more details as they are known. We are grateful to our employees, first responders and safety forces responding to this incident.”

Chemtool is a "premium manufacturer of grease in the Americas,” according to its website.

Its corporate headquarters, a research laboratory and one of its production facilities is located at the Rockton base.