Robin Roberts was afraid her interview with then-President Barack Obama supporting marriage equality in 2012 would out her.

The Good Morning America co-host, 61, said on Monday's Ellen DeGeneres Show she almost turned down that interview out of fear of publicly exposing her sexual orientation. However, she decided not to let fear keep her from achieving her goals, and she did the interview. Roberts came out publicly one year later. 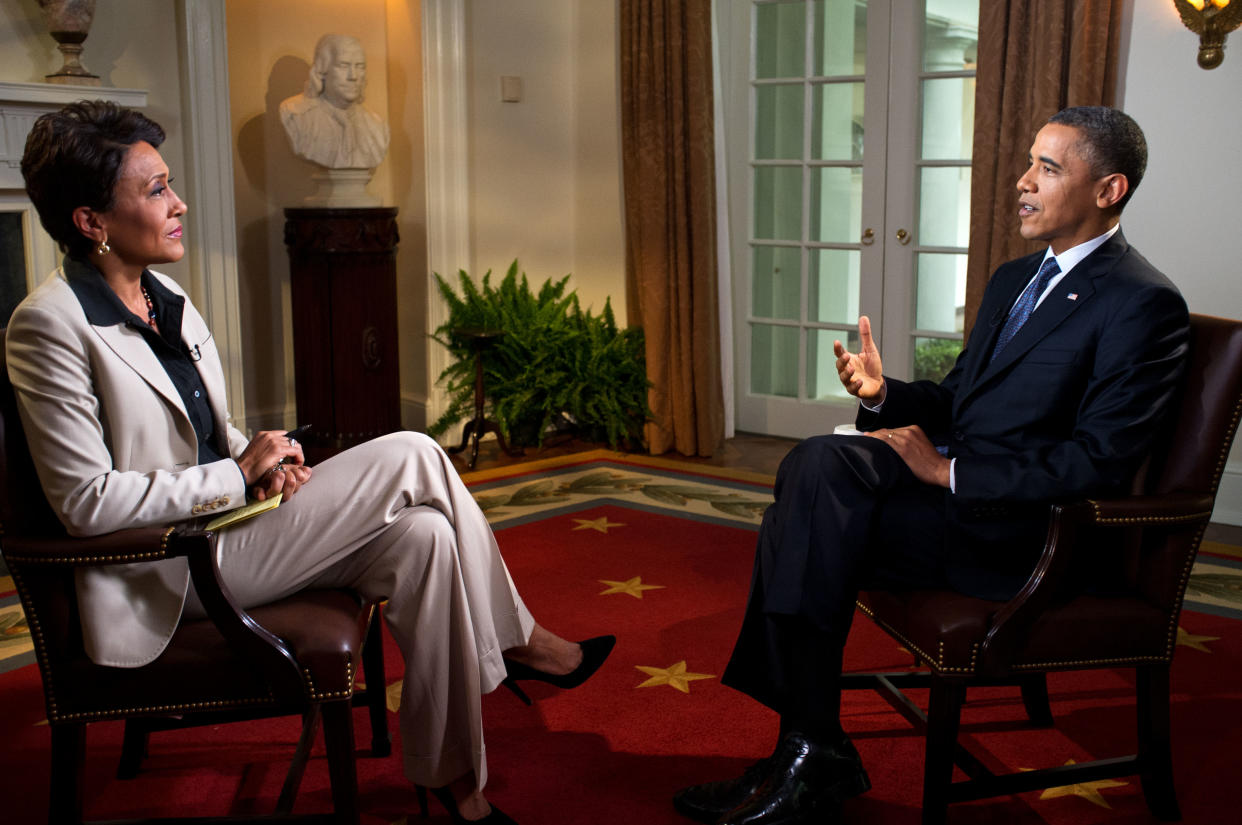 "In 2012 I got a call to go to the White House [and] there was a possibility that [Obama] would change his stance on marriage equality," Roberts recalled. "I had not been public yet about being gay, and I was afraid that I might be outed. People might wonder: Why is she the one interviewing the president when he is making this change of a stance?"

There was buzz at that time in the media about Roberts fearing that interview would out her as a lesbian.

Roberts told DeGeneres she then had a Moonstruck moment, telling herself, "Snap out of it! Like, Robin, what are you thinking?! It's not about you. This man is going to impact countless lives. It was at that moment that I said: I'm going to stop letting fear keep me from the things that I want to do."

Roberts said she's "so grateful" that she did snap out of it and do the interview. Not only did it help her career, but it also helped her to live a more authentic life. In December 2013, she came out publicly on social media when she acknowledged her love Amber Laign, whom she had been in a relationship with since 2005.

"Shortly thereafter is when … I talked about Amber" in a Facebook post," Roberts said. "All that fear I had about being a Christian, that people will look at me differently" was unfounded. "I was embraced."

She said that serves as a reminder not to let fear keep her from her goals — and her happiness. 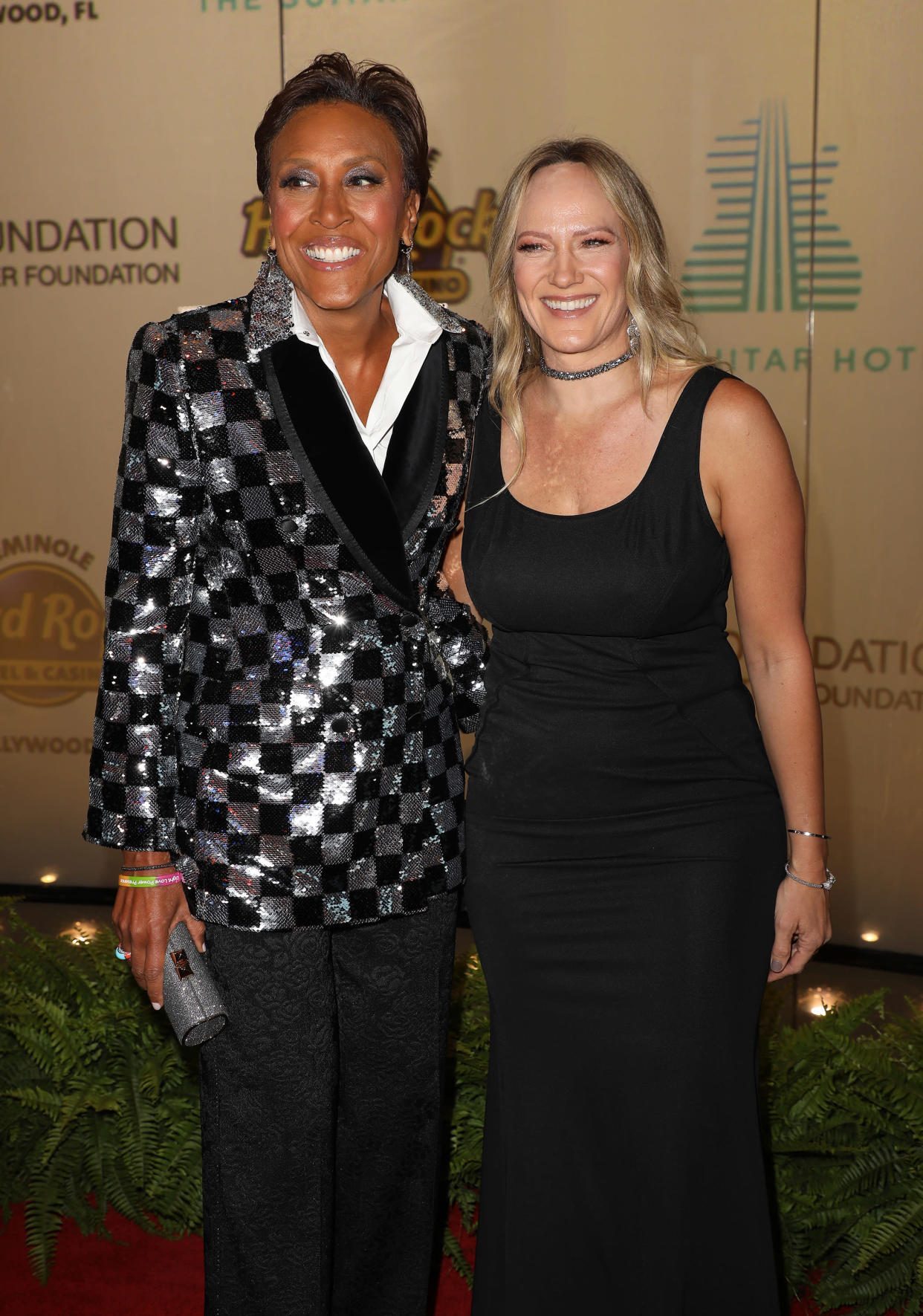 "Again, we just stop and think about how many times we let fear keep us on the sidelines," she said. "I'm so, so very glad that that's no longer the case. I'm not gonna to get everything that I want in life. I'm not going to accomplish everything. But, by golly, fear is not going to be the reason why I'm not."

Host DeGeneres, who came out in 1997, agreed that there is no reason for someone to not be who they are born to be, calling it a disservice to oneself.

"Everybody is a limited edition," Roberts replied. "That is how I look at it."

During the interview, Roberts also gave a health update about Laign, who has breast cancer. While fighting back tears, she said the prognosis is good, and urged people who may have missed regular checkups during the pandemic to schedule appointments now.

Roberts also talked about being the caregiver, which Laign was to Roberts as she has also battled breast cancer and was diagnosed with myelodysplastic syndrome (MDS), for which she received a bone marrow transplant. She admitted it's hard to be strong, saying she's often a "puddle" of emotions watching her partner go through the challenging time.