Robert Downey Jr. recently gave his kids a very specific project: help him transform for an upcoming role by shaving his head. The Iron Man star shared a video on Instagram over Halloween of his children, Exton and Avri, giving him a buzzcut ahead of filming on The Sympathizer, Park Chan-woo's HBO limited series adaptation of the bestselling novel by Viet Thanh Nguyen.

"The things we do for our work… and our kids," he wrote. "#Sympathizer set ready."

Downey has since debuted his new look on the red carpet while attending the premiere of Netflix's documentary Sr., which tells the life story of his late father, filmmaker Robert Downey Sr. Downey was accompanied by his wife Susan, and friend and Iron Man collaborator Jon Favreau. The following day he appeared on-stage to induct the band Duran Duran into the Rock & Roll Hall of Fame. 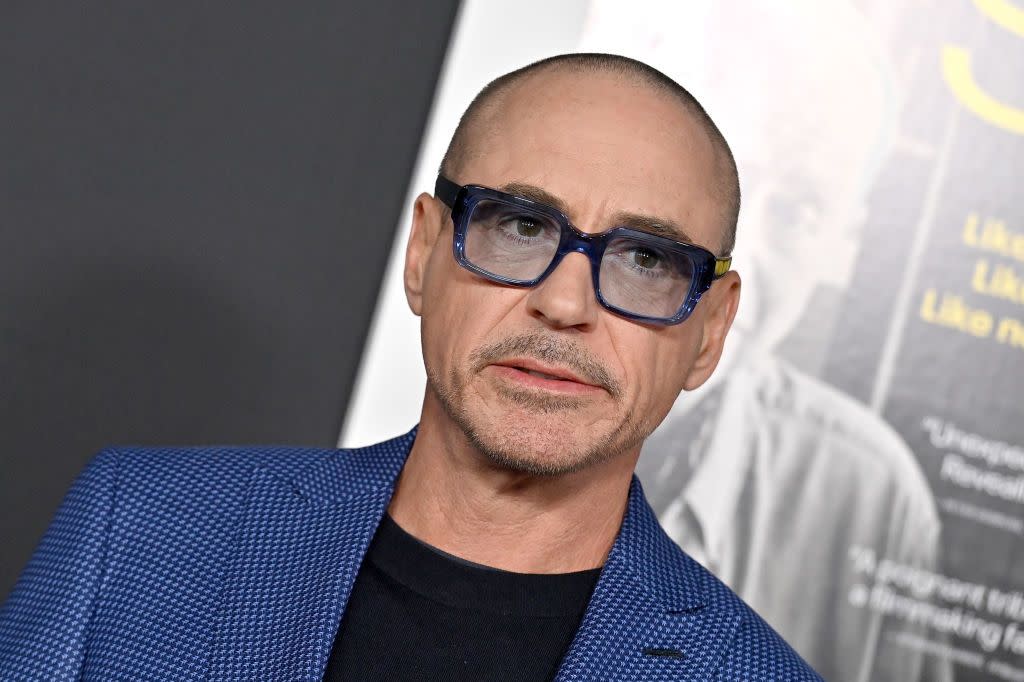 While Downey's new buzzcut is for a role, there have been plenty of male celebs recently who have made the decision to embrace the "power bald" phenomenon.

"For the uninitiated, power bald is a surging movement of men who’ve shaved off their insecurities about being bald," explains writer Joseph Longo. "While baldness has always existed, a recent cultural shift both on screen and off has shown the strength in grooming to a simple, sleek appearance. One that allows worth and beauty to be defined by principles other than the lusciousness of one’s mane or the uniformity of their crew cuts."