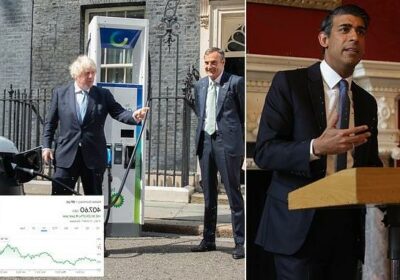 Rishi Sunak warms to energy windfall tax plan: Gas and oil giants may be told to pay billions to help cost of living crisis after Chancellor’s concerns over lack action from industry giants

Rishi Sunak has ordered officials to examine plans for a potential windfall tax on oil and gas giants.

Ministers have repeatedly ruled out the idea, warning it could damage investment in energy infrastructure.

But the Chancellor is said to be alarmed that industry giants have done little or nothing to increase their spending despite raking in enormous profits.

Ministers were also stunned by comments from BP chief Bernard Looney, who said his firm’s investment plans would not be affected by a windfall tax.

Mr Looney also described his company as a ‘cash machine’.

Multiple sources said the idea of a tax grab was ‘back on the table’ to help families with the cost of living crisis without pushing public borrowing even higher.

One insider said that a one-off levy was a ‘no-brainer if the chief executives themselves are saying they have no problem with it’. 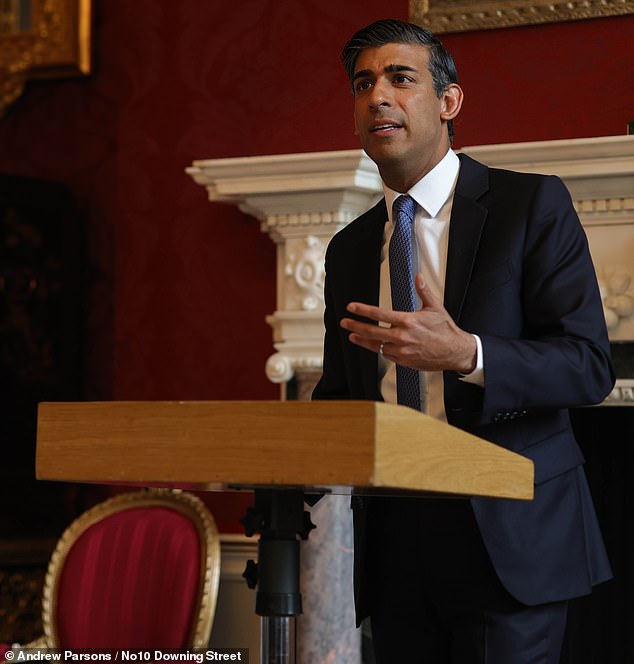 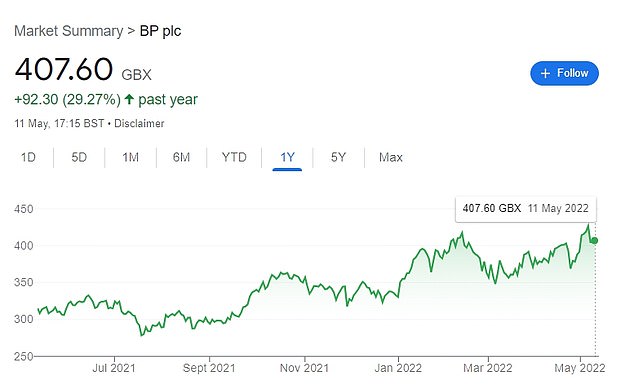 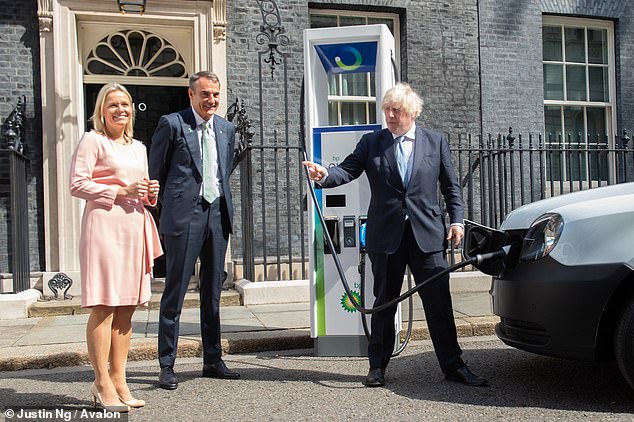 Both Mr Sunak and Boris Johnson are understood to be anxious to give the oil and gas firms the opportunity to set out more ambitious plans, with further talks expected soon. (Pictured: Boris Johnson charges an electric van with CEO of BP Bernard Looney and CEO of Severn Trent Liv Garfield looking on, in July 2021)

Both Mr Sunak and Boris Johnson are understood to be anxious to give the oil and gas firms the opportunity to set out more ambitious plans, with further talks expected soon.

But a Treasury source said that if they failed to bring forward significant extra investment then ‘nothing is off the table’.

But Labour suggested its own plans for a one-off raid on the oil and gas sector could raise £2billion. The proceeds could be used to ease the pain of an expected rise in energy bills in October.

Analysts fear a leap of as much as £600 when the price cap is next reviewed by regulators at Ofgem in the autumn.

Jonathan Brearley, the watchdog’s chief executive, said the Ukraine war had left the gas market in a ‘febrile state’ and rising bills were now ‘literally a matter of life and death’.

His warning came as:

Both the Chancellor and the PM have been wary of the idea of a windfall tax, fearing it would drive away investment when the Government wants to scale up domestic energy supplies. There are also fears that a levy could hit dividends paid to pension funds.

Last week BP announced record profits of £4.9billion for the first three months of this year while Shell unveiled a record gain of £7.3billion. The former pledged to invest £18billion in the UK by the end of 2030 and the latter £25billion.

But a Treasury analysis of BP’s proposals is said to have concluded they have barely changed from previous plans. Overall investment in the North Sea by energy companies has fallen by 90 per cent since 2014.

A Government source said the Prime Minister remained concerned about the possible ‘downsides’ of a one-off tax, but acknowledged that failure by the energy firms to raise their investment would make the idea ‘harder to resist’.

Mr Sunak told the Mail this week he had not ruled out the idea, saying: ‘With regard to a windfall tax we keep all options on the table and what I want to see is the investment come forward. I want to see these companies investing in the UK.’

Tesco chairman John Allan has said that the case for a windfall tax was overwhelming in the face of the genuine hardship he had been seeing in stores.

Speaking at an event in Glasgow, Mr Brearley said a cancer patient had told him she felt ‘more comfortable’ in hospital because she did not have to worry about heating costs. ‘I talk to customers on a regular basis, and I know how tough rising energy prices are for many households and businesses,’ he said. ‘For some, not being able to afford rising energy bills is literally a matter of life and death.’

Last night it was reported that Mr Sunak is preparing to announce in the summer a major support package for households struggling with soaring energy bills.