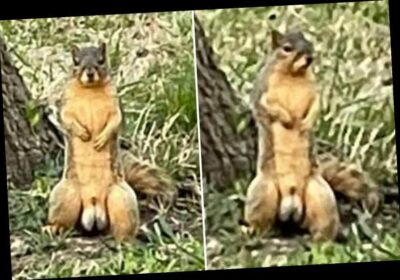 A PICTURE of a "ripped" squirrel with a "six-pack" that went viral left some eagle-eyed viewers stunned when they spotted an even bigger bulge.

Sarah Lenzenhuber managed to capture a picture of the bulky critter outside her apartment in Missouri, USA, last week 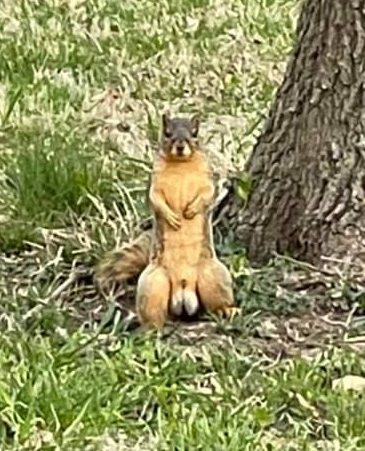 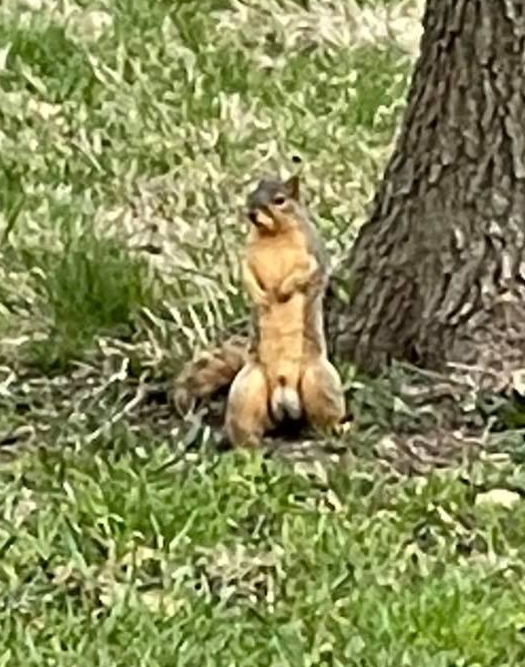 "I saw him while out walking my dog, did a double-take and then doubled over laughing," Sarah said.

“I wasn't sure if I should post it anywhere but then my grade school sense of humor got the best of me.”

Sarah later shared the image on Facebook, where the post has attracted more than 4,000 likes and 800 comments.

In the image, the squirrel stands upright next to a tree and poses unashamedly for the camera – showing off a physique that people online have dubbed “ripped” thanks to his apparent “six pack” and “abs”.

But eagle-eyed viewers couldn’t help but focus on something a little further south… as the rodent appears to have unusually large testicles.

“His nuts are bigger than his head,” one person commented.

Another person joked: “Wow, he’s got quite the stockpile of nuts for the winter.”

Although the male rodent appears to be particularly well-endowed, according to National Geographic, male squirrels have a scrotum that is 20% of their body length, excluding the tail.

As well as his seemingly sizeable nuts, the creature’s entire physique commands attention from his new fan base.

This squirrel isn't the only animal to go viral and make the headlines this week.

Last weekend a cheeky pup jumped up and grabbed a journalist's microphone during a TV weather report.

Mir TV weather reporter Nadezhda Serezhkina began her piece to camera on spring's arrival in Russia when she was interrupted by a friendly dog.

Meanwhile, in Thailand, a monkey known as "Godzilla" has gone viral after it grew to a huge size of 17.2kg.

'Godzilla' was transferred to the wildlife centre in Chachoengsao, central Thailand, on March 26, weighing 19kg and has lost almost 2kg since embarking on his new diet.

He has mostly been fed live crickets, which he chases around his pen, along with a mixture of dill, lettuce, worms, carrots, beans and seeds.

In Wales, a Walrus made waves after sinking a dinghy while trying to hitch a ride in a seaside town.

Wally the Arctic walrus first overturned the small fishing boat and then peered into a larger fishing boat moored in the harbour before swimming off.

He popped up earlier this month in Tenby, west Wales – 1,500 miles from home.