Jana Hartmann shocked viewers by taking the tumble while riding the fold-away bicycle in the studios of popular German channel Pearl TV. The bargain-pushing blonde – who was wearing a mini-dress – is seen jumping in the saddle and riding the bike in circles.

However, as she approaches the camera to tell customers why the £700 bike is an absolute steal she suddenly takes an "unexpected" spill.

As the bike seemingly skids on the wooden floor, she takes an overly-dramatic tumble which sends her splayed legs flying in the air.

However, rather than lose her cool Jana carries on with what seems to be her well-rehearsed sales spiel. 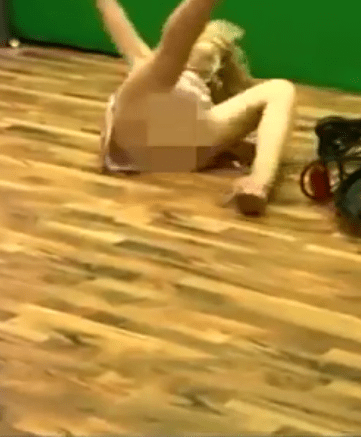 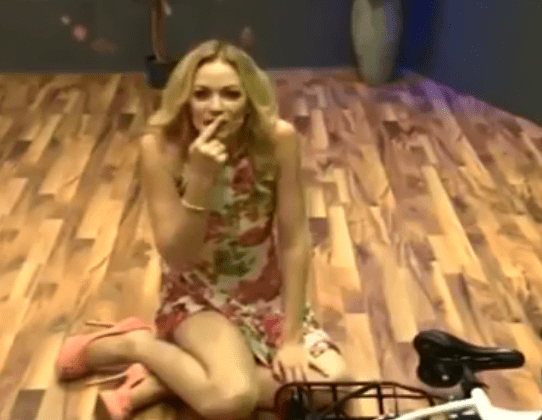 Not surprisingly, not everybody is completely convinced the on-screen pratfall was the real deal.

Plenty of those to have seen the YouTube clip are pretty sure she was really trying to drive up sales – and viewing figures.

Bill L wrote: "Hilarious, couldn't fake that fall any worse but nice job on spreading those legs for the camera. She needs to see a doctor for that blurry spot between her legs. "

Christian Semeraro6 added: "That is one of the worst acting since the world was a fire ball."

And they might just have a point as Jana seems to have form for showing off more than her show's deal of the day.

Other Pearl TV clips show her crouching knickerless by a heating unit and showing  her all while sitting in a massage chair.