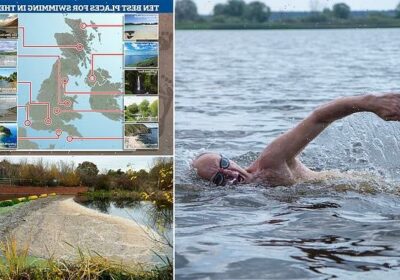 Rising levels of pollution in Britain’s rivers has sparked health fears for wild swimmers as the 19th century pastime makes a comeback.

The growing resurgence of the trend of bathing in Britain’s lakes and rivers has been highlighted during the current heatwave as Brits look to cool off in temperatures expected to nudge 36C in the coming days.

And as the pandemic has waned, thousands have taken up wild swimming in a bid to get outdoors and stay fit after inactivity due to lockdowns.

But the resurgence is not without its risks, and comes after looser regulations on dumping sewage were introduced by the Government in the Environment Bill.

It has raised fears over the health risks of swimming in the country’s lakes and rivers, with a recent parliamentary report finding that none are free from contamination.

And today Environment Agency bosses even touted prosecution for water company bosses who have contributed to the sector’s worse performance for years.

Their annual environmental performance report said serious pollution incidents in the UK increased to 62 in 2021, the highest total since 2013.

‘Water quality won’t improve until water companies get a grip on their operational performance.

Wild swimming first became popular in Britain in the 1800s as Romantic writers such as Coleridge and Wordsworth began swimming in the picturesque Lake District as part of their search for the ‘sublime’ – meaning of great beauty.

The activity allowed the writers to experience nature away from the rapidly industrialising cities and water featured as a theme of several great paintings of the era as a result.

Britain’s lakes and rivers became even more popular in the height of the Victorian period after cheap rail fare began an era of internal tourism in the UK with middle and working class families flocking to the bodies as well as traditional jaunts to the seaside.

As swimming became a more mainstream pursuit, public lidos were built in residential areas to bring the sensation to the suburbs – a move that coincided with the UK’s water bodies suffering from pollution caused by post-war industrial development.

Some 2.1 million prefer to swim in open water than swimming pools in Britain according to a Swim England survey from 2018. 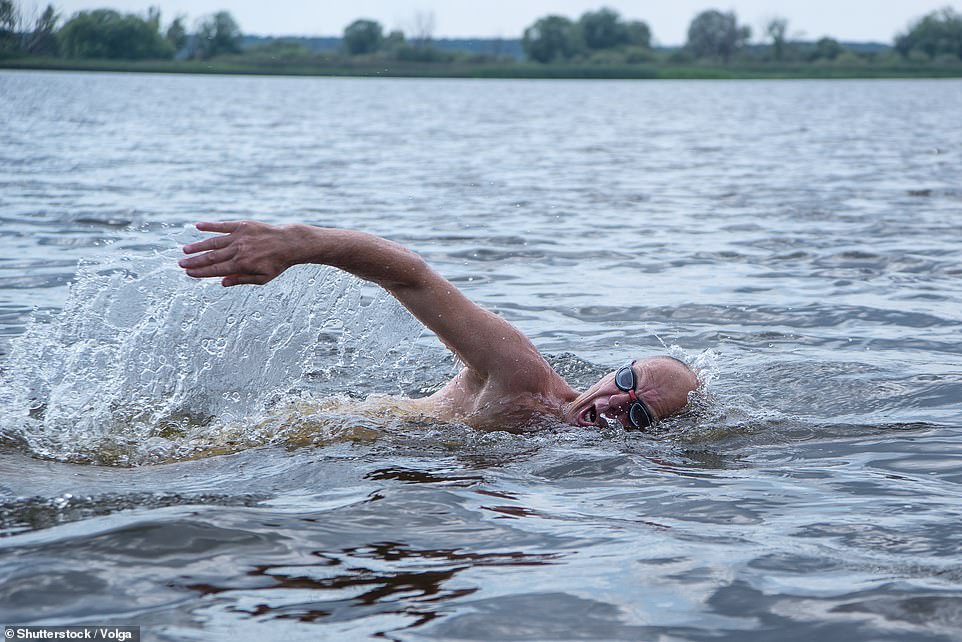 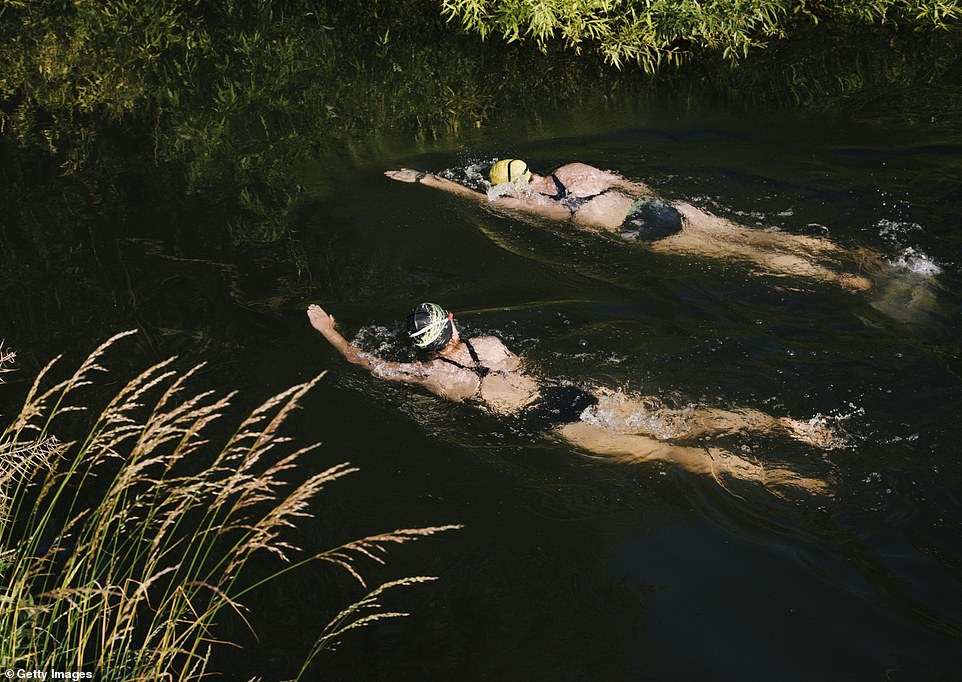 As the pandemic has waned, thousands have taken up wild swimming in a bid to get outdoors and stay fit (file photo) 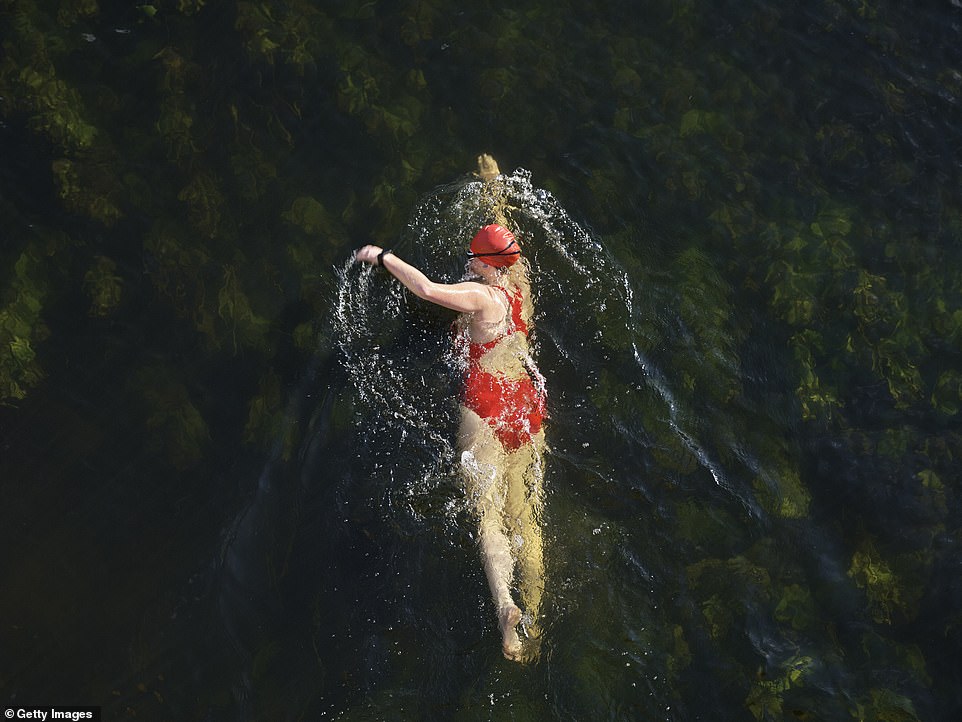 2.1 million prefer to swim in open water than swimming pools in Britain according to a Swim England survey from 2018 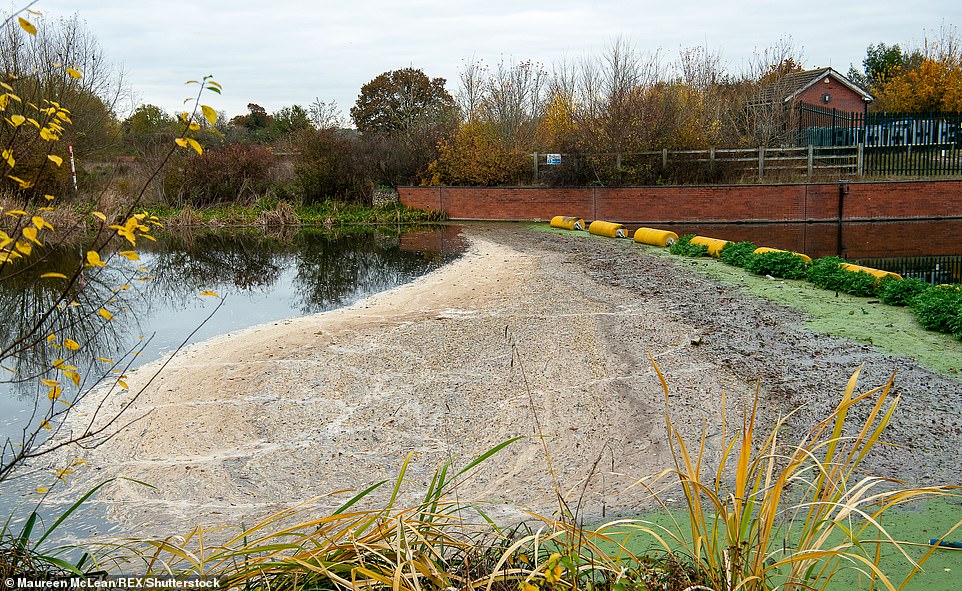 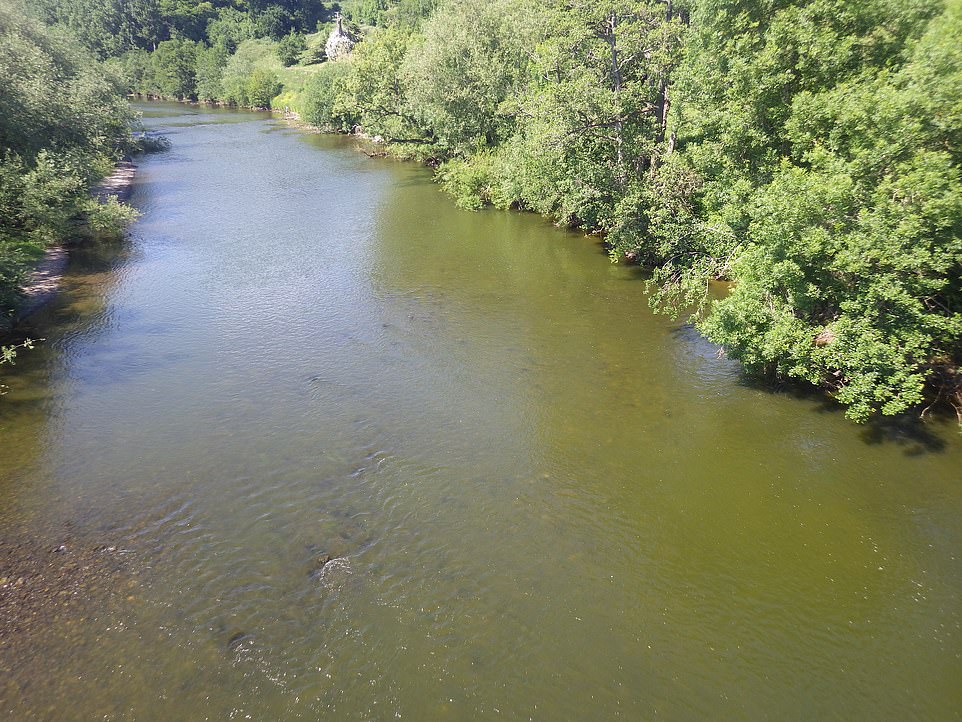 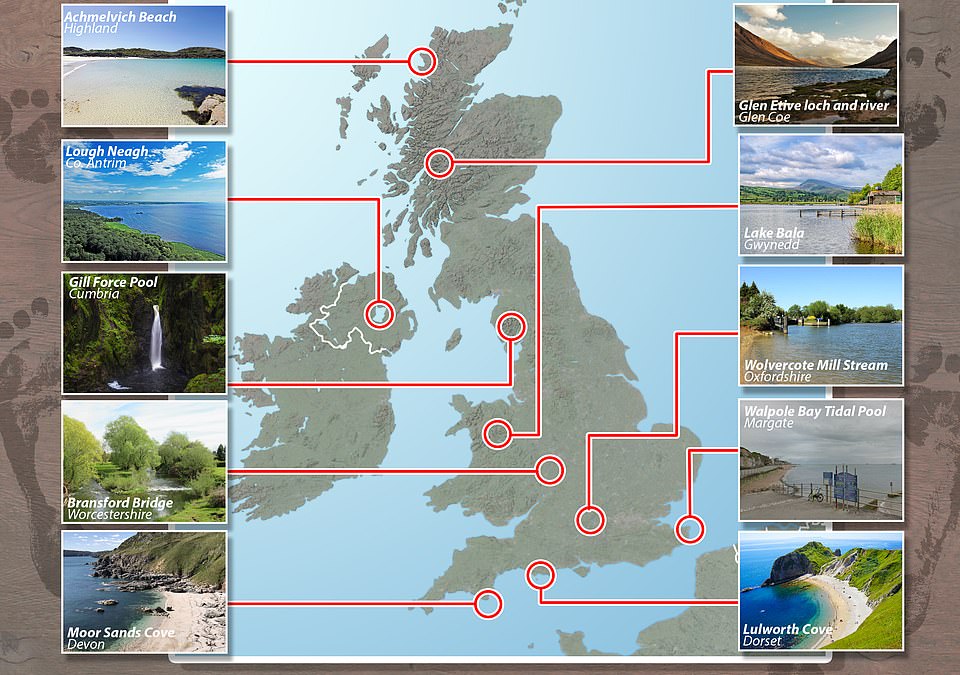 Despite the fears, Britain is still home to many idyllic bodies of water which make for picturesque wild swims

Water pollution is still a concern for the government as it attempts to tout its green credentials.

The Conservative Government caught the flak of many when the Environment Bill passed last October included a provision which allowed water companies to dump sewage into bodies of water across the country.

265 MPs voted with the government to reject an amendment from House of Lords to outlaw the discharge of sewage as part of the bill.

A report by Parliament’s Environmental Audit Committee concluded that not a single river in England is free from pollution — with waterways fouled by a ‘chemical cocktail’ of raw sewage, slurry, oils, car tyre microplastics and wet wipes.

The committee pointed to agriculture and then water companies as the largest contributors.

The committee — which spent months taking in expert advice — warned that the ubiquitous pollution poses a risk to both the environment and to human health.

UK waterways are used for fishing and swimming to other sports, but bacteria derived from sewage and slurry risks making river users gravely ill.

And the noxious influx of chemicals, microplastics and excessive amounts of nutrients are harming river-based wildlife and leading to harmful algal blooms.

In particular, the audit committee criticised government inaction and budget cuts that are tying the hands of the Environment Agency in the fight against pollution.

‘Rivers are the arteries of nature and must be protected,’ Environmental Audit Committee chair and MP Philip Dunne told BBC News in January. 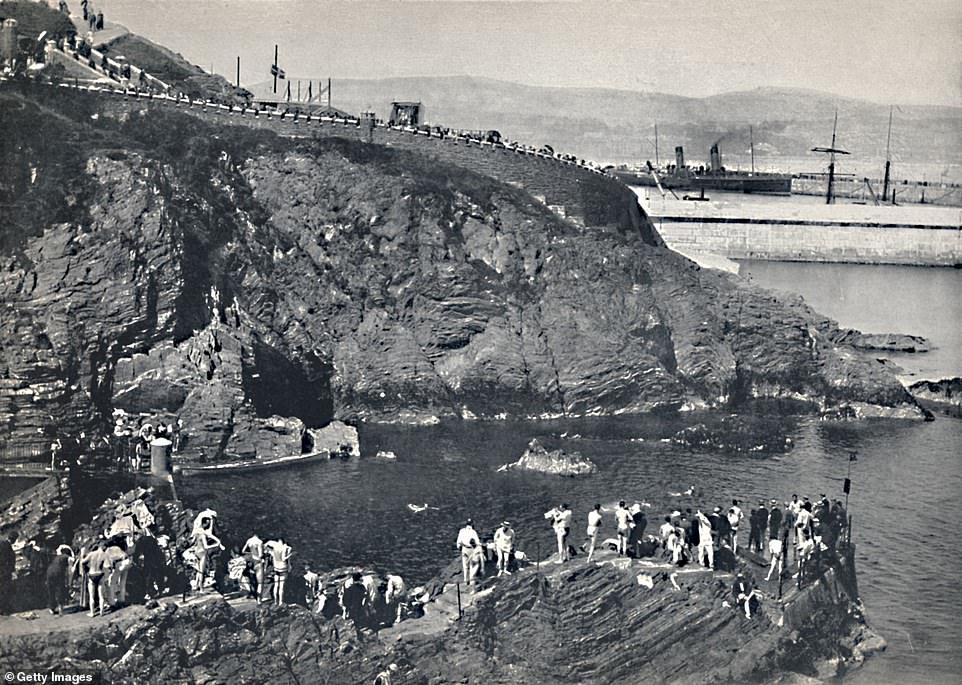 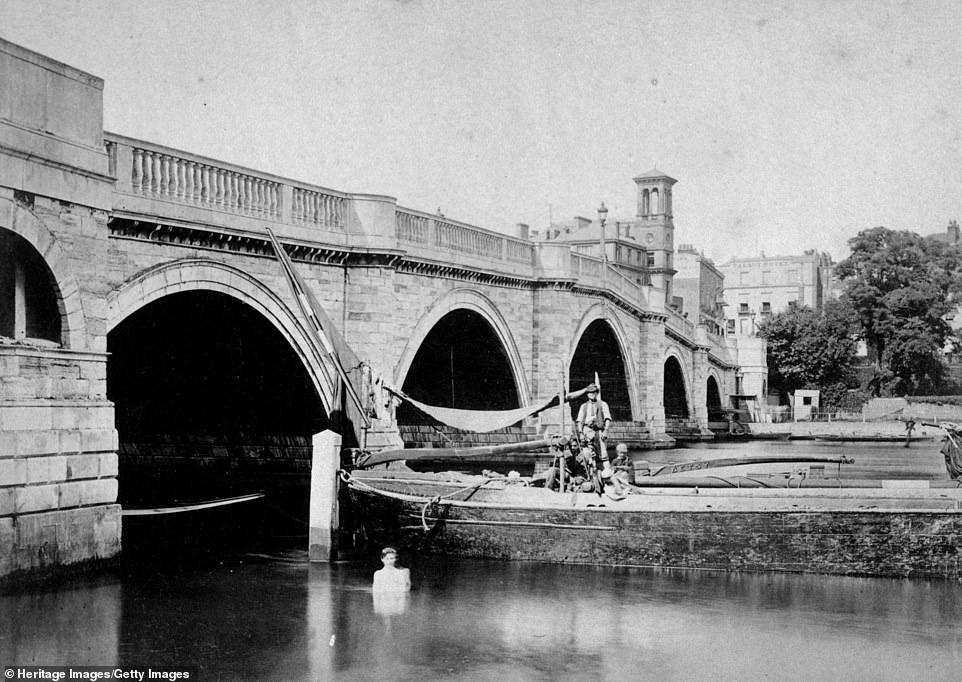 ‘Our inquiry has uncovered multiple failures in the monitoring, governance and enforcement on water quality.

‘For too long, the government, regulators and the water industry have allowed a Victorian sewerage system to buckle under increasing pressure.’

‘We are going further and faster than any other government to protect and enhance the health of our rivers and seas,’ she said.

‘We welcome the Environmental Audit Committee’s report which highlights many areas that this government is now tackling.’

As part of the report, the committee put forward a series of recommendations for how the Government might improve waterway management and combat pollution.

For example, they encourage more substantial penalties for water companies that discharge sewage into the environment — a course of action that is only supposed to be allowed in truly exceptional circumstances.

Such discharges can be identified by signs including the presence of tampons, toilet paper and human waste in the water or caught on plants along riverbanks.

According to the committee, local community groups often flag sewage overflow episodes that are not reported to the Environment Agency by the responsible water companies — suggesting these discharges are likely more common than thought.

‘We support the committee’s urgent call for action to improve the health of England’s rivers,’ a spokesperson for water and wastewater service provider membership organisation Water UK said.

‘Many of the recommendations mirror proposals set out in our recent 21st Century Rivers report,’ they added.

This, they explained, ‘calls for government, regulators, water companies, agriculture, and other sectors to come together and create a comprehensive national plan to transform our rivers.’ 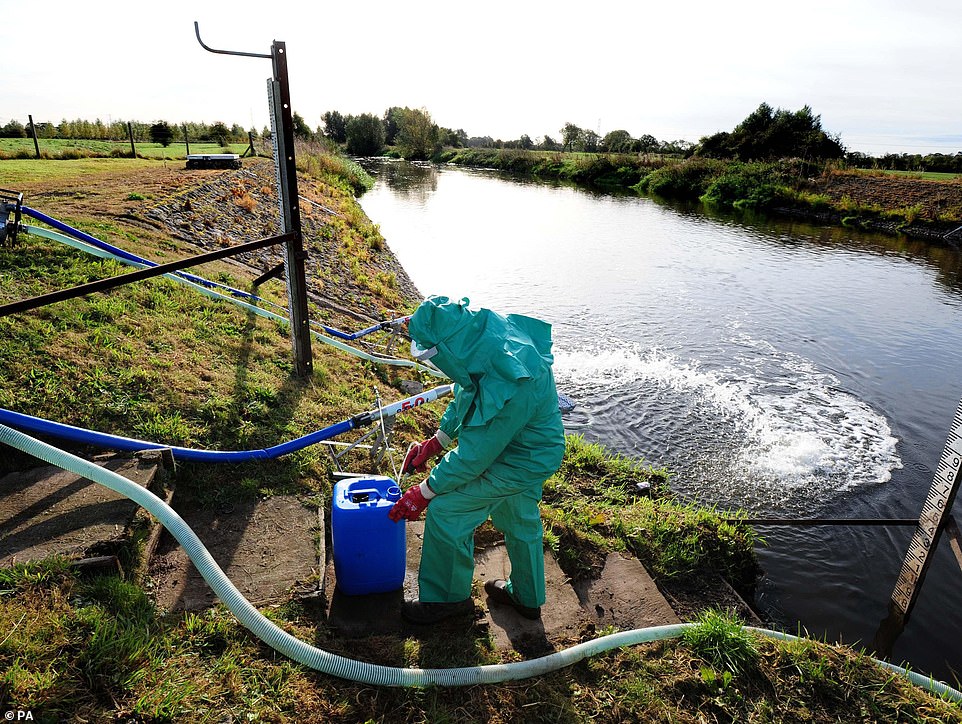 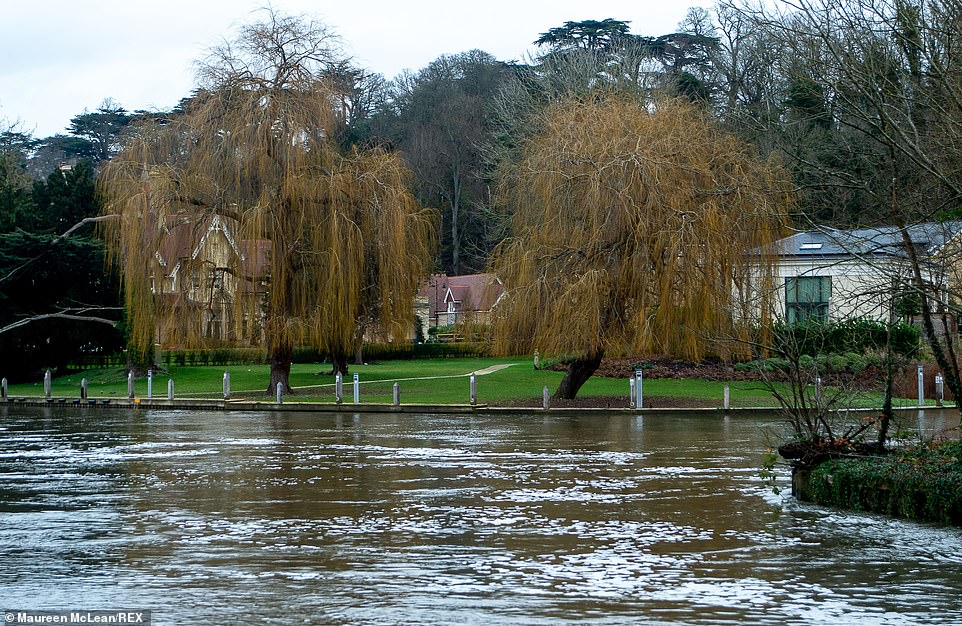 As part of the report, the committee put forward a series of recommendations for how the Government might improve waterway management and combat pollution

The most common source of pollution in England’s waterways, the Environment Audit Committee noted, comes from intensive farming — and, in particular, from chicken farms.

The leaking of excessive amounts of nutrients like nitrogen and phosphorus from these farms — via sources like the birds faeces and urine — can cause algae in waterways to flourish in response, forming a thick layer at the surface.

Unfortunately, algal blooms can also prevent oxygen from being taken into the water, suffocating the other creatures that live in the river.

In particular, the report singled out the high concentrations of phosphorus in the River Wye in the south-west Midlands and Wales, which is thought to have been derived from the water of some 20 million chickens in the river catchment.

The report has recommended that the Government prohibit the construction of new poultry farms in areas where rivers already have high nutrient levels.

Others recommendations put forward in the report included the creation of a designated safe bathing area along each river by the year 2025 — as well as a ban on single-use leaning and hygiene products containing plastics.

The committee also warned against the disposal of fats, oils and wet wipes down sinks and toilets. These not only can make their way into rivers, but also clump together to form large ‘fatbergs’ that clog up sewers.

In fact, it is estimated that these blockages cost English sewage companies and customers some £100 million each year to clear.

The report also criticised both the Environment Agency National Highways for not doing enough to address the pollution generated when microplastics particles released from wear on car tyres are washed from roads into nearby rivers.

Following the report — which focussed on English waterways, as per the devolved treatment of environmental issues in the UK — the Environmental Audit Committee has recommended surveys of river quality also be conducted in Scotland and Wales.

The full findings of the report were published on the Environmental Audit Committee website. 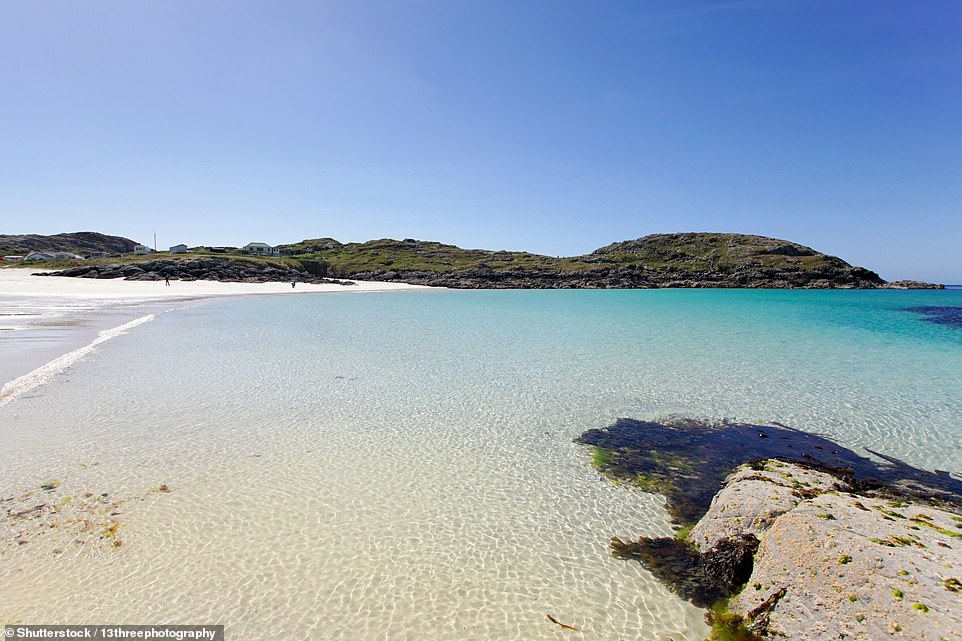 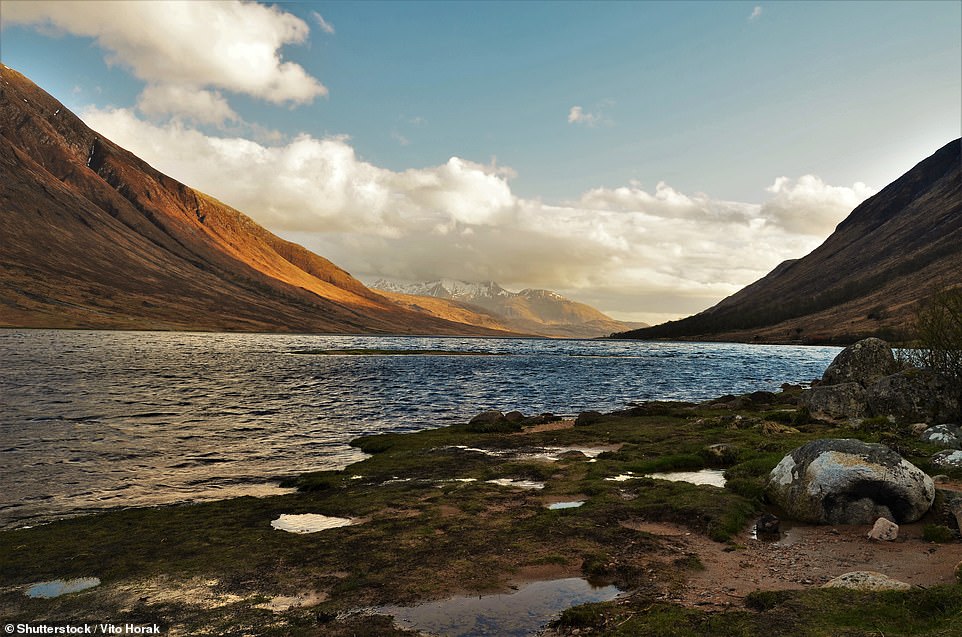 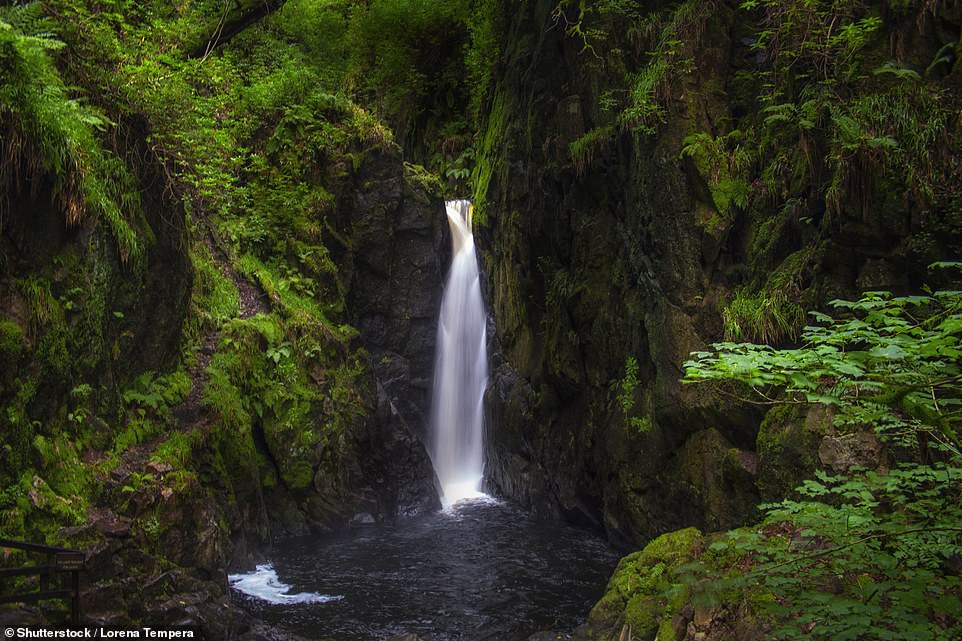 Despite the fears, Britain is still home to many idyllic bodies of water which make for picturesque wild swims.

Achmelvich Beach in the Scottish Highlands features a water colour that would not be out of place in the Caribbean – with the light blue sea surrounded by hills which make getting to the beach as enjoyable as the swim itself.

The spot is also one for those who wish to be around wildlife as swimmers will be able to spot black-and-red throated divers from the beach.

There are also occasional sightings of porpoises, dolphins, and the occasional minke whale in the water.

For those seeking to swimming in calmer water, another Highlands destination could be Loch Etive.

Parts of the 30km wide loch in Argyll and Bute was designated a Special Area of Conservation by the European Union and includes stunning mountain surroundings.

For those seeking to imitate Coleridge and Wordsworth’s search for the sublime, the Stanley Ghyll Force Waterfall (called also Clear Force) in an enchanting green and wild forest.