'Rat king' of 13 rodents whose tails were intertwined is spotted 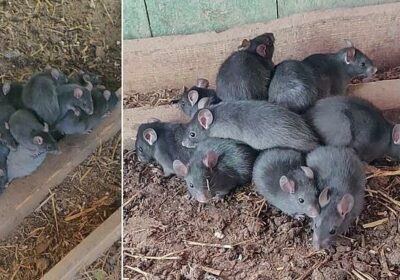 Beware the ‘rat king’! Gruesome phenomenon made up of 13 rodents whose tails were intertwined is discovered in Estonia – a rare sighting said to be an omen of the plague

A gruesome ‘rat king’ where a group of rats’ tails become intertwined has been spotted in Estonia in an ‘extremely rare’ sighting.

The skin-crawling discovery, which is said to be an omen of an impending plague, was made by Johan Uibopuu and his mother in their chicken coop in Tartu.

They found 13 rats, two of which were already dead, tied together by their tails as they struggled to free themselves. 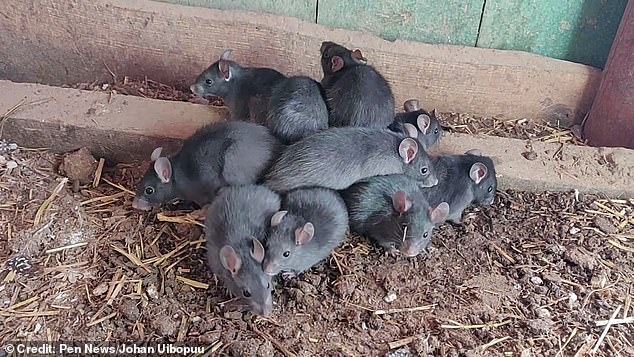 A gruesome ‘rat king’, where a group of rats’ tails become intertwined, has been spotted in Estonia 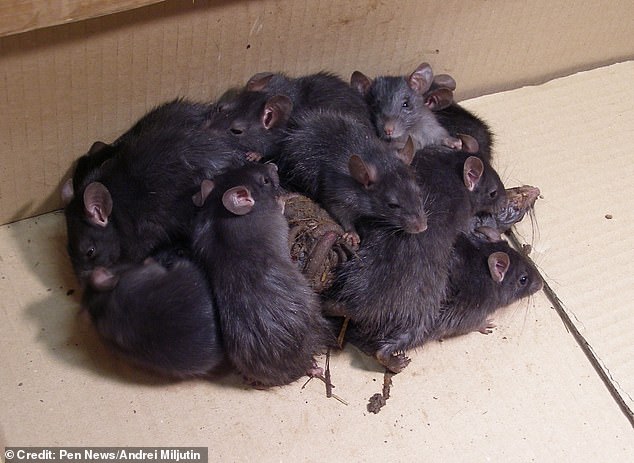 Johan said: ‘I was making the most of a quiet morning in Tartu when my mother phoned me, sounding quite upset.

‘She had gone to feed the birds at the chicken coop when she saw a bundle of rats right at the entrance as she opened the door.

‘When the shock wore off, she went to investigate and tried to remove them from her way, but they were firmly stuck to the ground.’

According to superstition, rat kings are a sign of an imminent plague and this is one of the only live sightings in modern times.

Andrei Miljutin of the Natural History Museum at the University of Tartu, who had documented one previous encounter with a rat king in 2005, agreed to take the specimen. 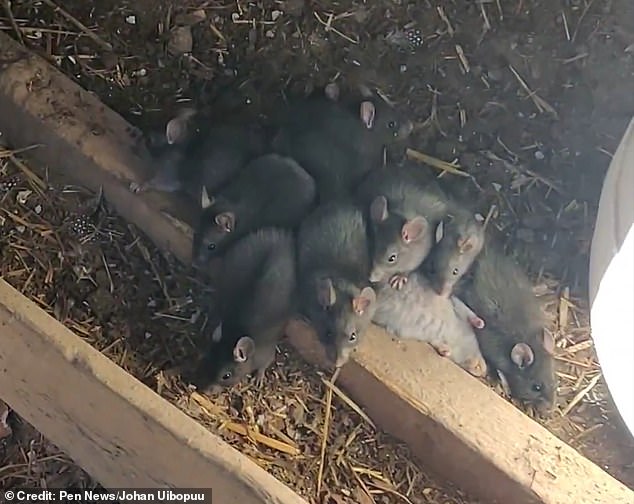 They found 13 rats, two of which were already dead, tied together by their tails as they struggled to free themselves 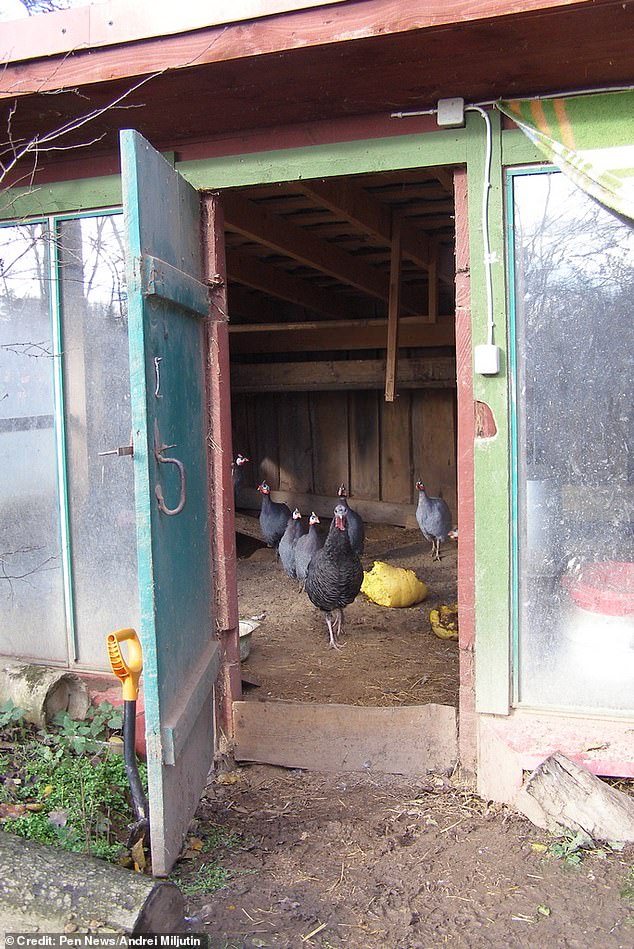 Johan, a veterinarian, said he found a tunnel dug by the rats in the chicken coop (pictured) where there is ample food

He said of the two rats that had already died in the latest rat king: ‘Rats within the rat king are sentenced to death.

‘Even if they manage to escape from the narrow burrow, they can’t move around normally, can’t move to find food, and are completely unprotected.

‘Their survival depends on concrete circumstances – usually they survive until the first encounter with a cat, dog or human.

‘To kill the rat king is the usual reaction of people when they see one.’

Johan, a veterinarian, said it was obvious what had attracted the rats to the shed in Põlva County, southern Estonia. 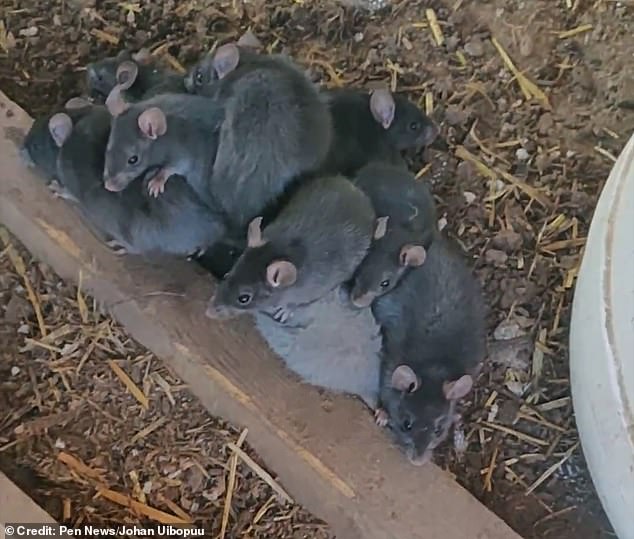 But he and Dr Miljutin were puzzled by how the rats had become entangled.

The 28-year-old said: ‘There was a tunnel dug by the rats from somewhere underground to the surface near the door.

‘Since there is always ample food, water and bedding supply in the coop, it is a perfect place for rats.

‘Maybe they clumped together on the surface to keep warm since it was the first day of autumn that the temperature went below zero degrees during the night.

‘And as some of them tried to enter the tunnel all of them got stuck.

‘In my opinion the tunnel itself was too small in diameter for the rats to emerge from below as a rat king.’ 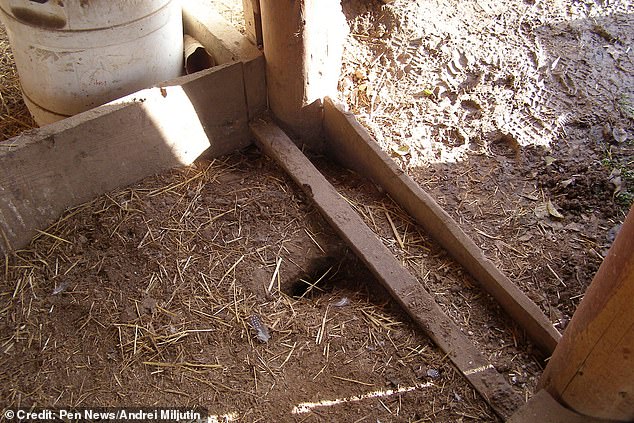 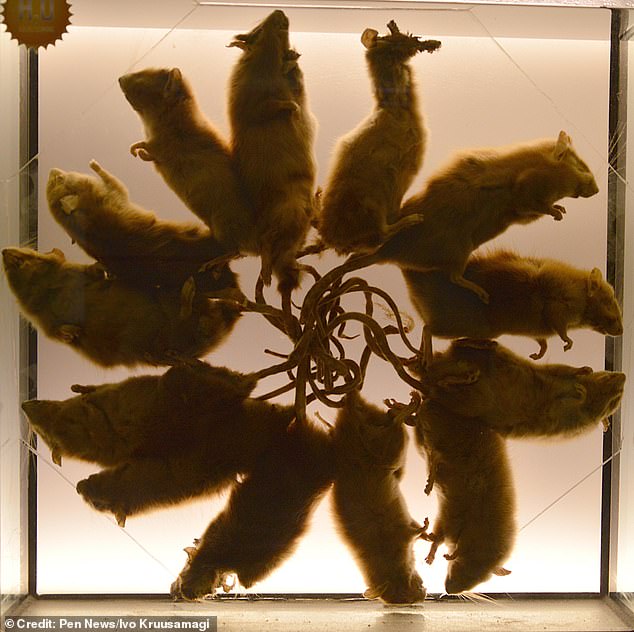 Dr Miljutin said that rat kings was an ‘extremely rare phenomenon’ with only 60 cases in almost 500 years of recorded history.

However, he added, it was possible that most rat kings were never found, or were disposed of without being reported, or that reports of them were never acted upon.

The museum decided to euthanise the rat king to end the suffering of the trapped animals.

Dr Miljutin said: ‘We counted all possibilities and decided that it is more humane to euthanise the rats than increase their suffering by amputating their tails – it was impossible to untie the knot.

‘Besides, what would we do after amputation? Rats can’t survive in Estonia under natural conditions and nobody wants these pest animals in their house.

‘On the contrary – people regularly kill rats with poison and traps.

‘These animals can’t be kept in an ordinary cage as a pet and usually never become tame.’

The specimen will now be kept at the museum.