Rare experimental photos from summer of 1856 have come to light 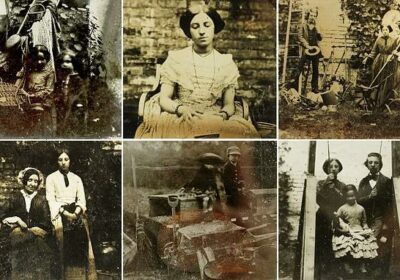 Gardener’s Olde World: Women get their hands dirty while men look on as green-fingered family tend soil in rare experimental photo set from summer of 1856

The rare ambrotype images reveal an immaculately dressed boy in a suit and bow tie, while the girls wore elegant dresses and bonnets.

A brother and sister push a younger sibling on a swing, and there are various gardening shots.

However, it appears to be the girls who are getting their hands dirty as the boy watches on.

The ambrotypes were produced using the wet plate collodion process which involves reflecting a positive photo on glass. 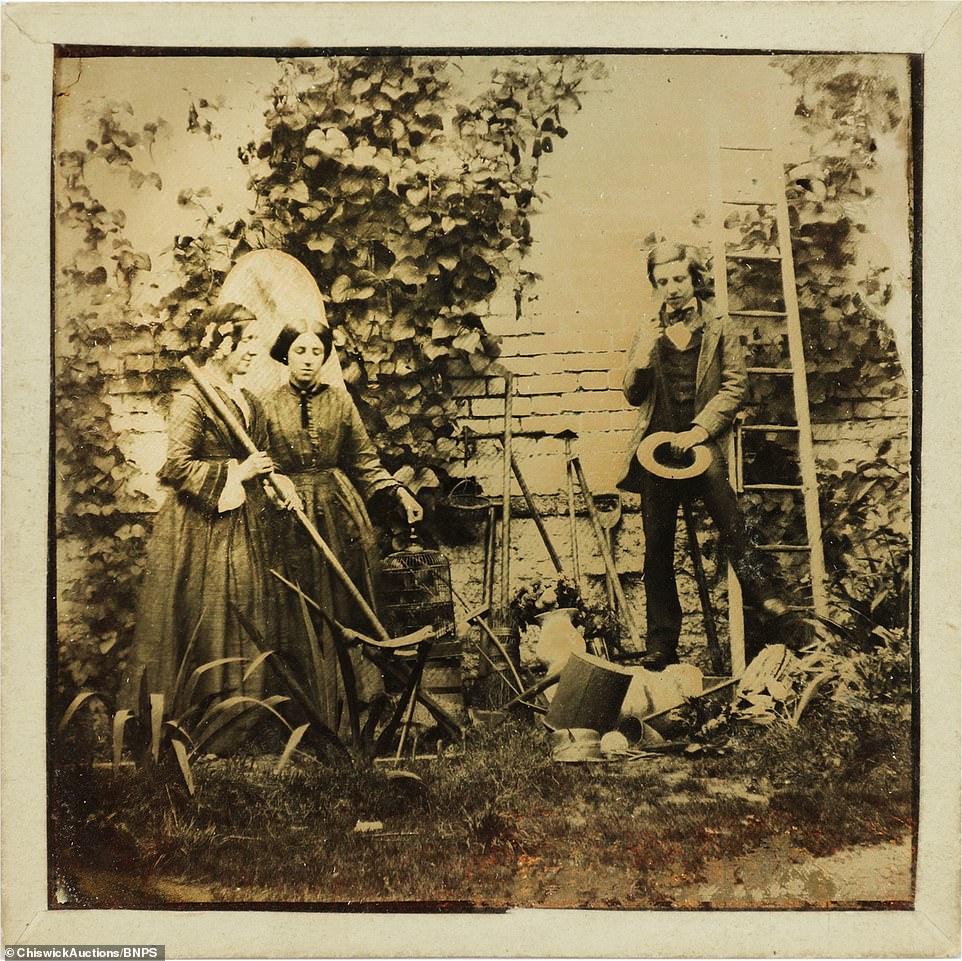 This rare collection of experimental ambrotype photographs are up for auction and are expected to fetch as much as £6,000 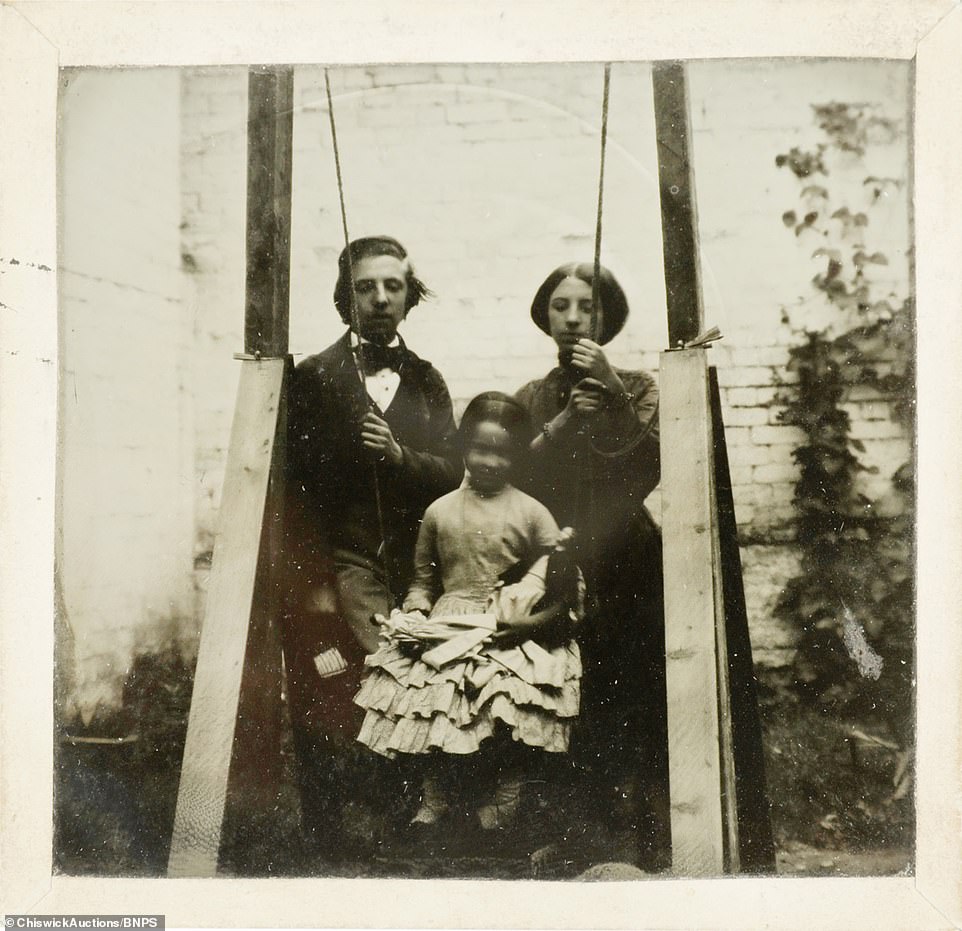 The captions on the back of the photos, which show a family enjoying the sun, imply they were taken using different methods 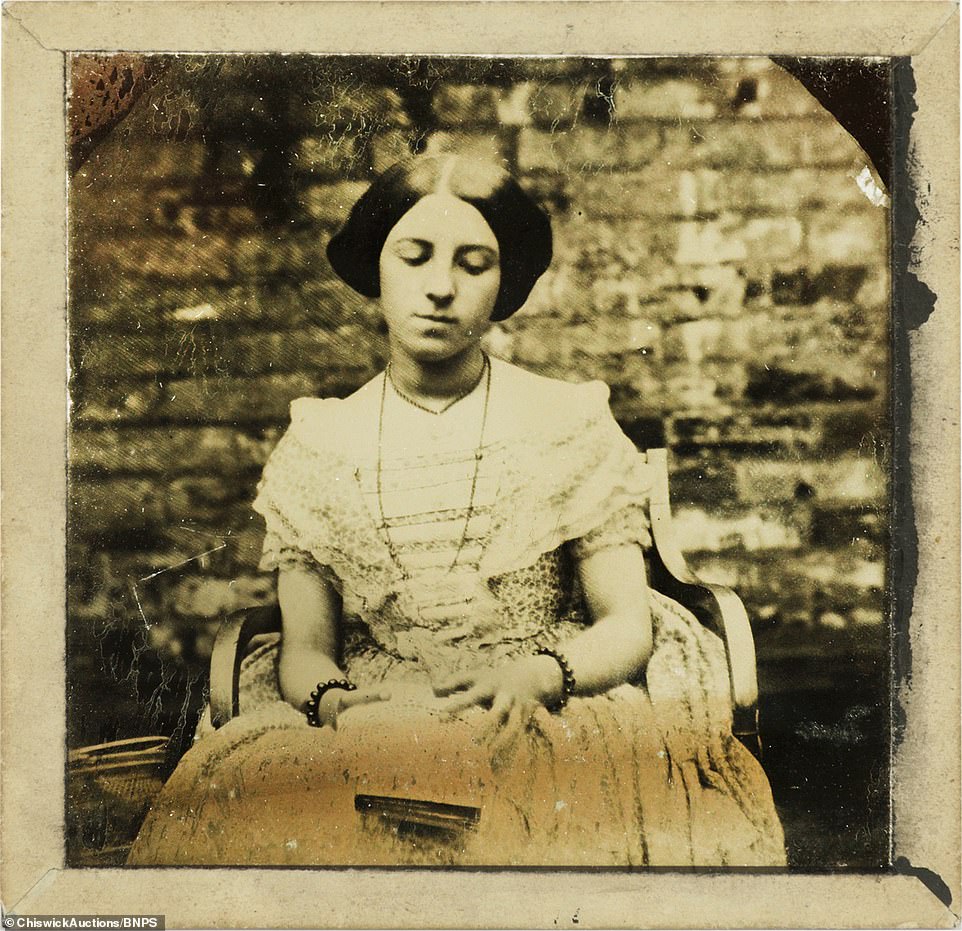 The rare images reveal an immaculately dressed boy in a suit and bowtie, while the girls wore elegant dresses and bonnets 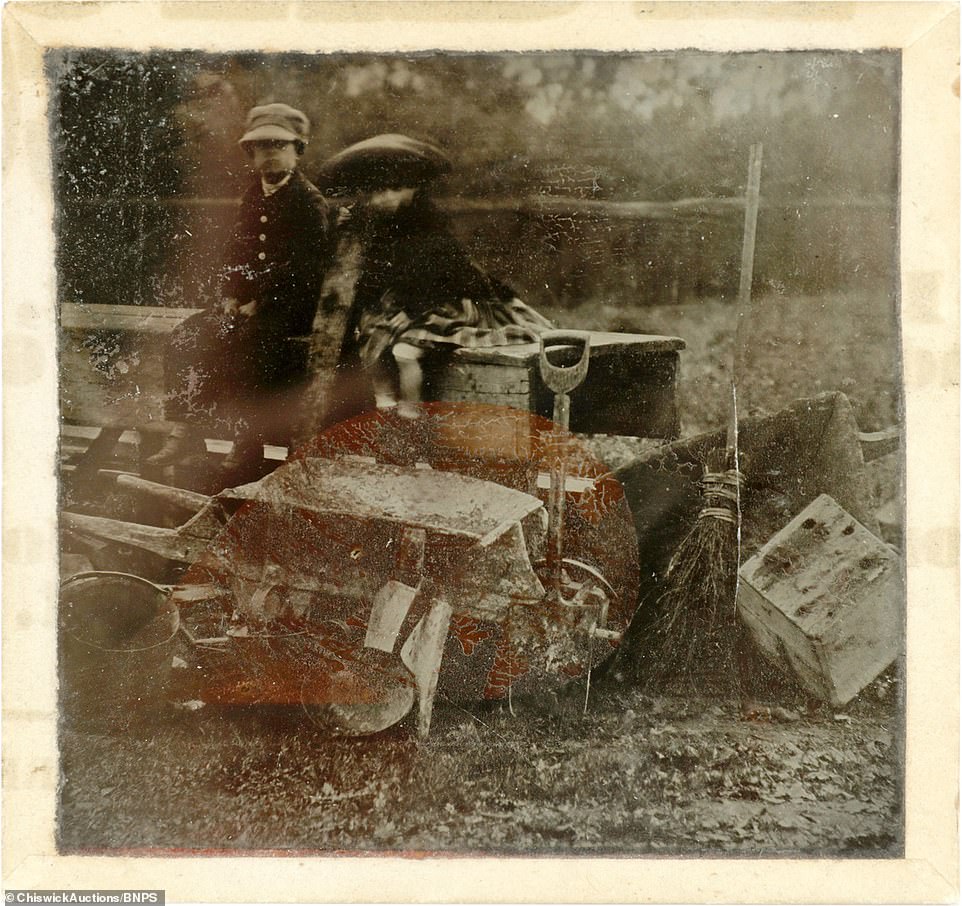 The images show the effects of different lighting at times of day, essential information for practising photography in this era

This technique replaced the daguerreotype of the 1840s which was the first photographic process.

They are thought to have been taken by Frederick Scott Archer, who invented the ambrotype method.

It is possible that he is the elderly frail gentleman in one of the images as he died of liver failure in 1857.

Captions on the back of the ambrotypes include ‘effect of direct sunlight Midday’ and ‘Effect of Evening light’.

The ambrotypes, which have been in a private Suffolk collection for 50 years, have emerged for sale with London-based Chiswick Auctions. 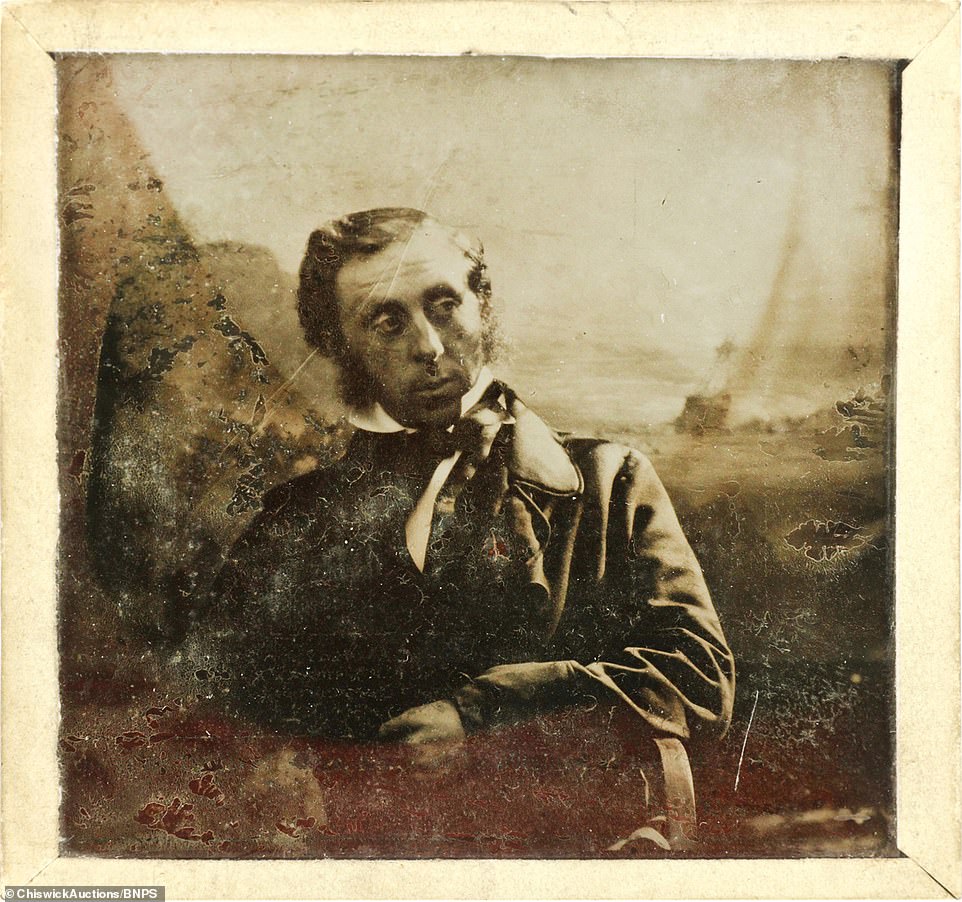 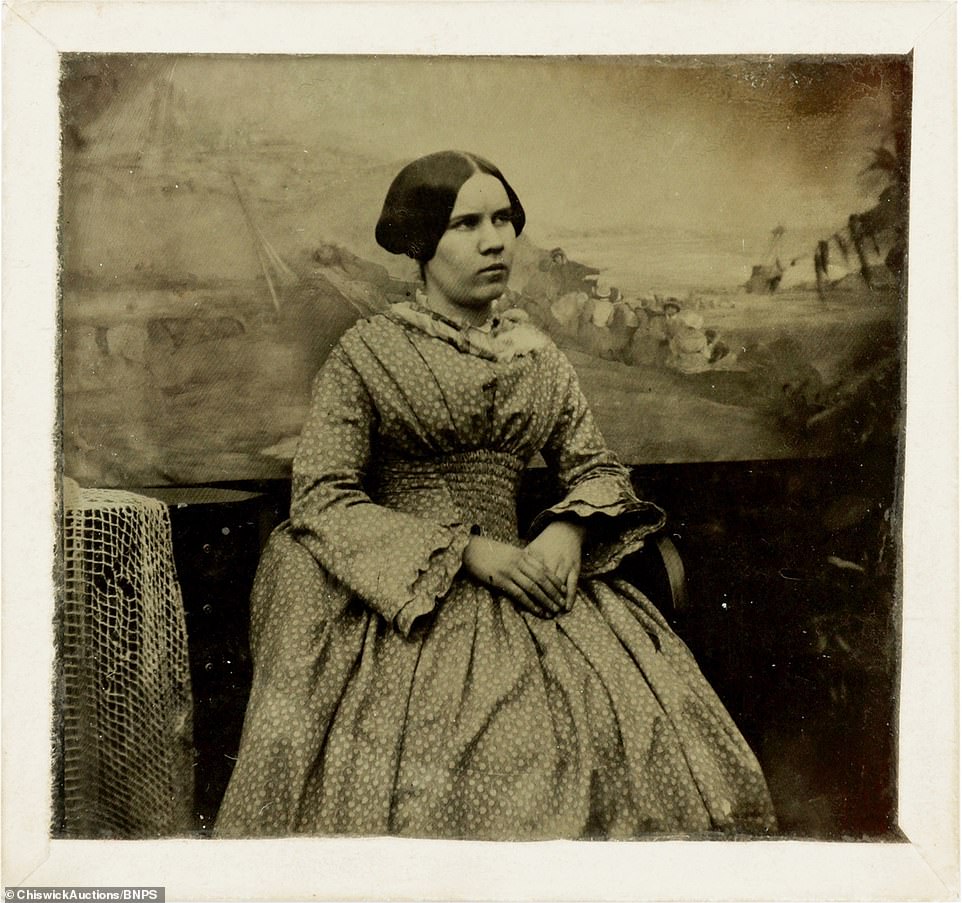 The ambrotype method, also known as the wet plate collodion process, was the widespread technique used in the 1850s 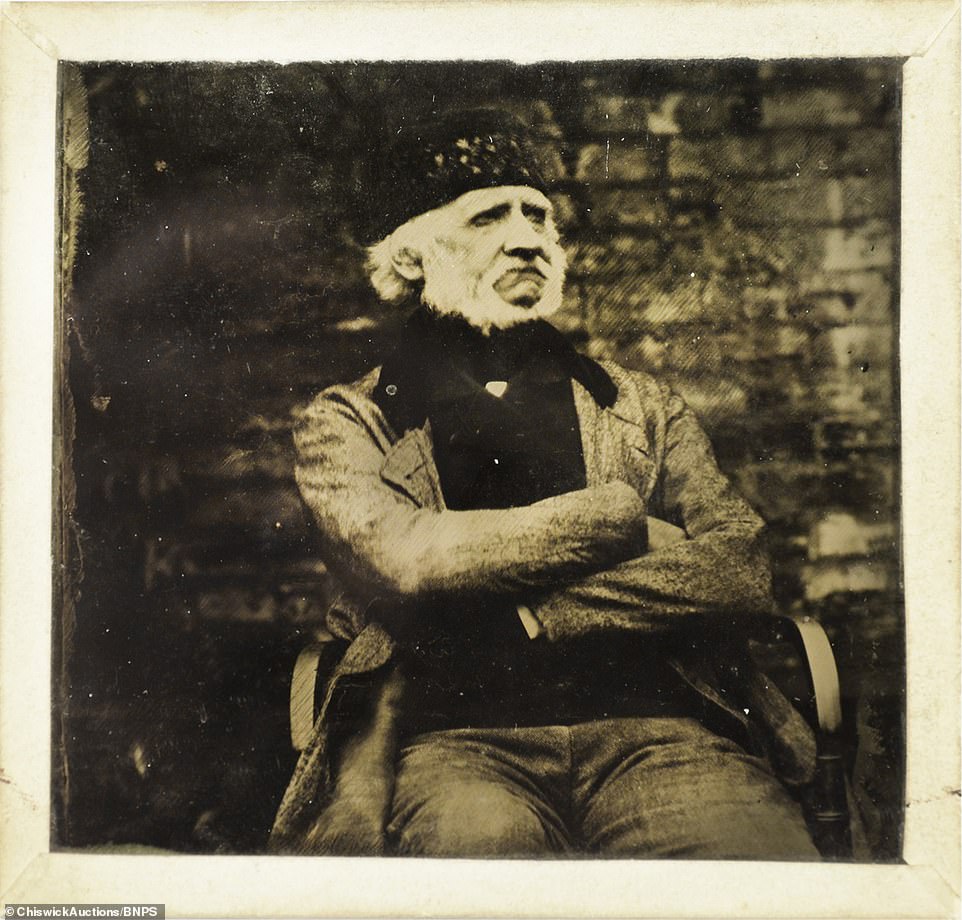 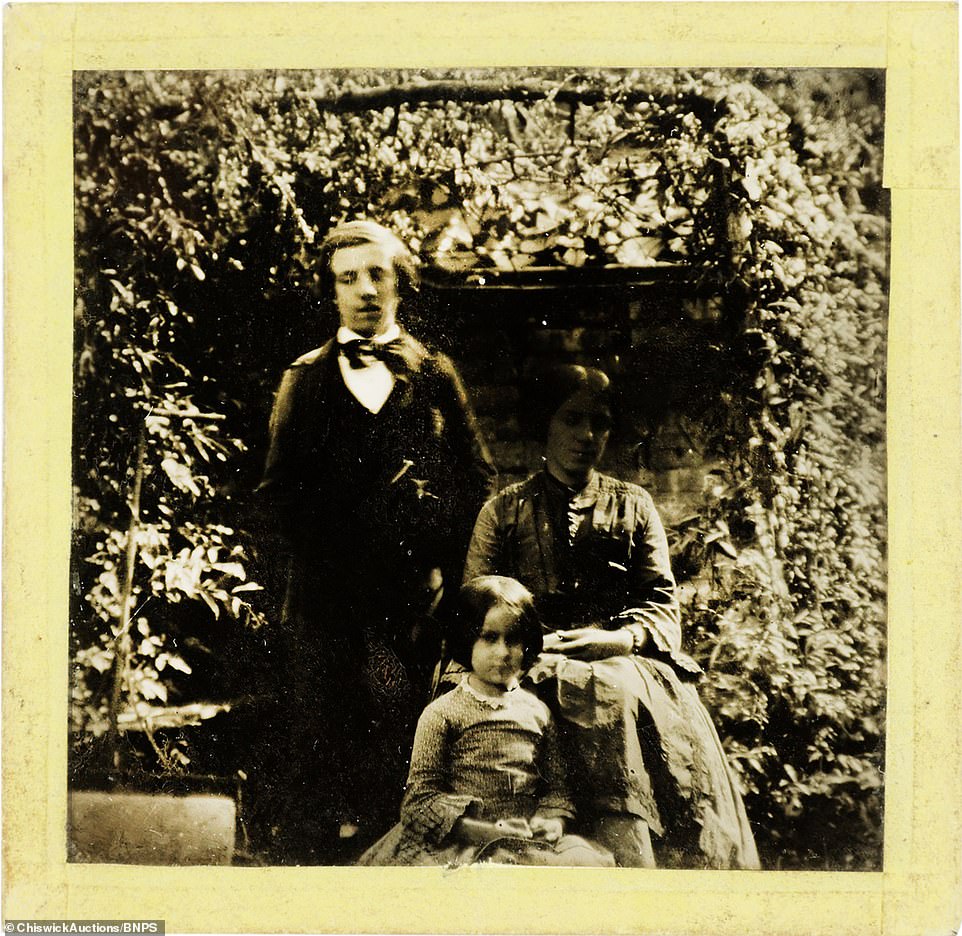 Archer’s method sped exposure times up greatly and as exposures were made on glass, photographs were much sharper

Austin Farahar, specialist at Chiswick Auctions, said: ‘These early experimental ambrotypes have been held in a private collection in Suffolk for the last 50 years.

‘Scott Archer was the inventor of the wet plate collodion photographic process, which became the widespread photography technique for the masses from the 1850s.

‘It sped exposure times up greatly, now to a couple of seconds, and as exposures were made on glass, photographs were much sharper than the paper negatives or calotypes commonly taken before hand.

‘I would imagine he took a group of friends or family out into the garden to demonstrate his new process, and pass this knowledge on to those he was photographing in the group.

‘The different images show the effects of different lighting at times of day, essential information you would need to account for when practising photography in this time period.’

The ambrotype method was superseded in the 1860s by the tintype, a similar photograph on thin black-lacquered iron. 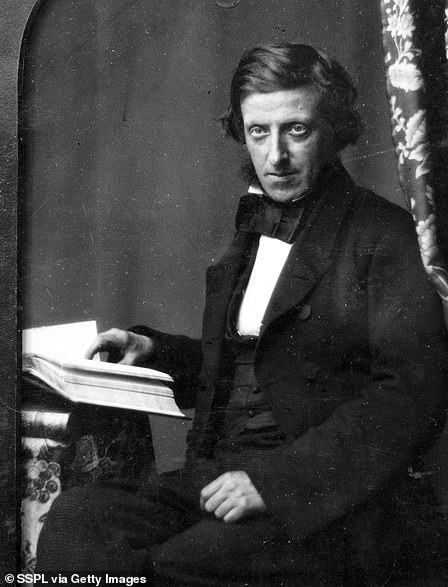 Frederick Scott Archer, who was born in Hertfordshire in 1813, made what was undoubtedly one of the most important discoveries to the process of photography.

Although he is little remembered for his work, Scott Archer invented the collodion process which changed the way the masses took photographs in the second half of the 19th century.

As a young boy, Archer was apprenticed to a bullion dealer and silversmith in London.

He later turned his attention to portrait sculpture and took up photography in 1847 to assist with his sculpting.

In 1851, Archer discovered the collodion process which dominated the photography field for the next 30 years.

The process involves coating a glass plate with collodion mixed with potassium iodide and then immersing the plate in a sensitising solution of silver nitrate.

Exposed in the camera while still wet, the plate was then developed and fixed immediately. Crisp, detailed negatives were produced by exposures of only a few seconds.

Collodion is normally used in its wet form, but can also be used in dry form, at the cost of greatly increased exposure time.

He published his results in the journal The Chemist where he gave full and detailed instructions on the process.

The collodion process was the first photographic process that produced finely detailed negatives, of which more than one copy could be made, and for this reason is widely considered one of the most important developments in photography.

The gelatin dry collodion process was its replacement and was the forerunner of today’s photographic film processing.