Rape suspect wanted over attack on woman is caught on CCTV Rape suspect hunted over attack on woman, 22, in east London basement ‘is caught on CCTV just minutes before he left bodywarmer and hat at the scene’

Police are hunting man in connection with the alleged rape of a young woman in Whitechapel, London who has been captured on CCTV footage.

The 22-year-old victim was setting off to go home after an evening out in the early hours of Friday, 9 November when she said she was approached by a man in Hanbury Street, near Spitalfields market.

She claimed he followed her into a building just after 2am, overpowered her and then raped her in the basement. 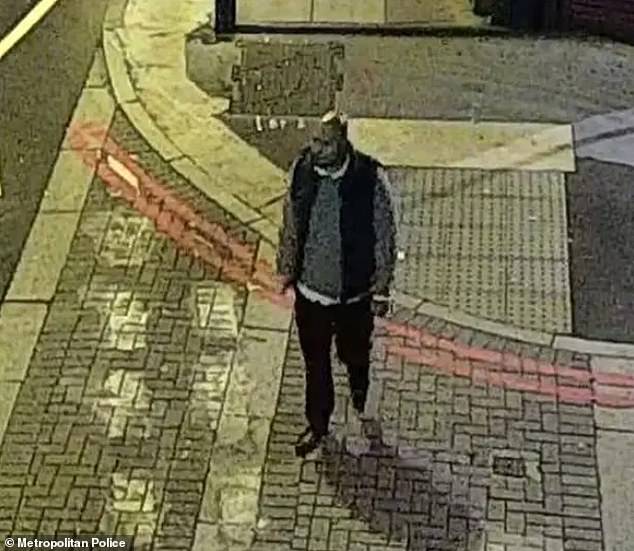 Police have released CCTV footage of their main suspect in an investigation into the rape of a young woman in Whitechapel, London. A still shows footage which was recorded before the attack in which the suspect is seen wearing a bodywarmer

The man left a body-warmer and grey hat at the scene when he left 20 minutes later.

Police released the footage which shows him as he walks down Great Eastern Street towards Shoreditch High Street, around 2.50am.

DCI Neil Rawlinson from CASO said: ‘This was a horrific attack carried out by a violent predator on a young woman going about her lawful business in what is one of London’s most popular areas for late night socialising. It was a brutal assault that has left her very traumatised indeed.

‘I am asking the public to look carefully at the CCTV images we have put out as well as the photo of his body-warmer, which has a distinctive collar and lining, to see if they know who this man is or recognise this article of clothing. We urgently need to trace him and apprehend him in order to protect potential future victims.

‘If you have any piece of information at all, however small, please contact us as it could prove vital to our investigation moving forward. All calls will be treated in the strictest of confidence.’ 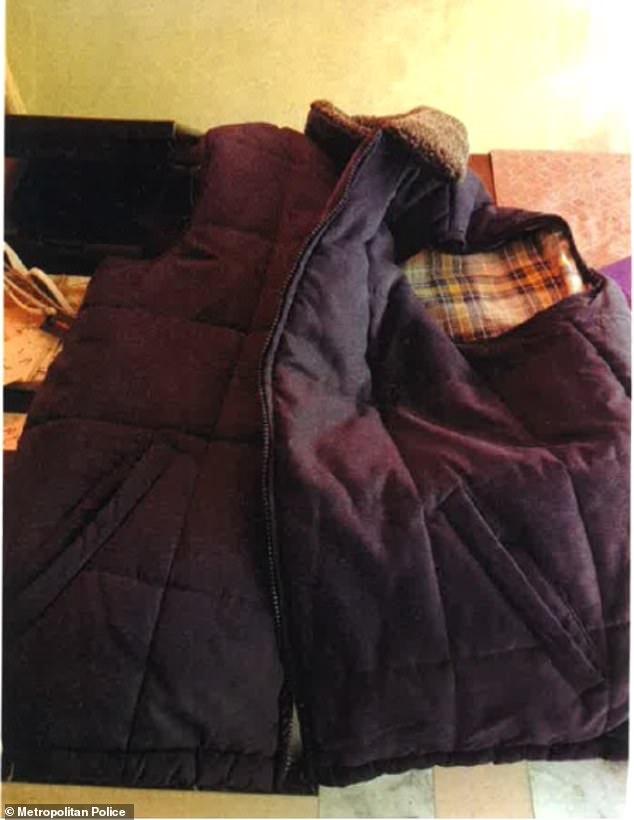 As part of the new appeal, the investigation team from the Metropolitan Police’s Child Abuse and Sexual Offences Command produced a map that uses CCTV to plot the route the suspect walked for about 40 minutes after the offence.

The suspect is first seen on camera around 2.10am at the junction of Commercial Street junction and White’s Row, outside Eyediology opticians

He apparently targeted his young victim at 2.15am and left the building around 2.35am

After this he is next spotted on CCTV walking through Spital Square before crossing Bishopsgate.

He walks into Primsore Street at the end of which he takes a right turn into Apollo Street. 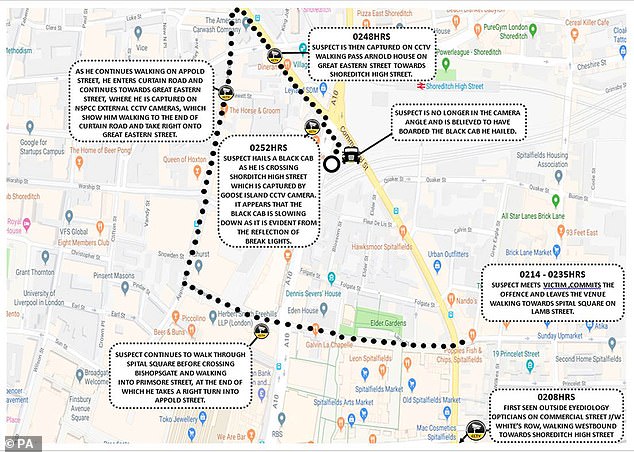 As part of the new appeal, the investigation team from the Metropolitan Police’s Child Abuse and Sexual Offences Command produced a map that uses CCTV to plot the route the suspect walked for about 40 minutes after the rape

Next he enters Curtain Road and walks to the end, before taking a right onto Great Eastern Street where cameras capture him at around 2.50am walking towards Shoreditch High Street.

The last sighting before the man disappears out of camera range is around 2.52am, when further footage police have shows him from behind, putting his arm up to hail a cab as he is crossing Shoreditch High Street near Goose Island. 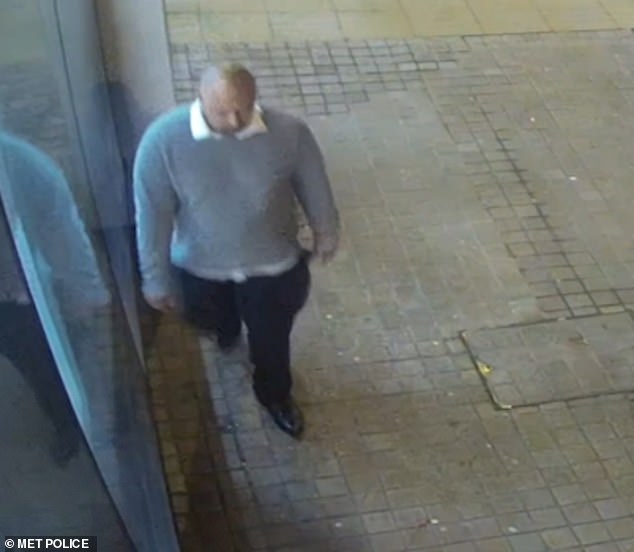 The reflection of a black cab slowing down is captured on camera – the vehicle is believed to have then driven him away.

The 22-year-old victim is being supported by specialist officers.

The suspect is described as a light-skinned black man, believed to be aged between 25 and 35 years.

Call police on 101 if you have information about the incident.