A RANDY couple have been filmed having sex in an outdoor meeting pod at one of the country’s most prestigious business parks.

The middle-aged pair were spotted romping in the middle of the morning during the 30C heatwave. 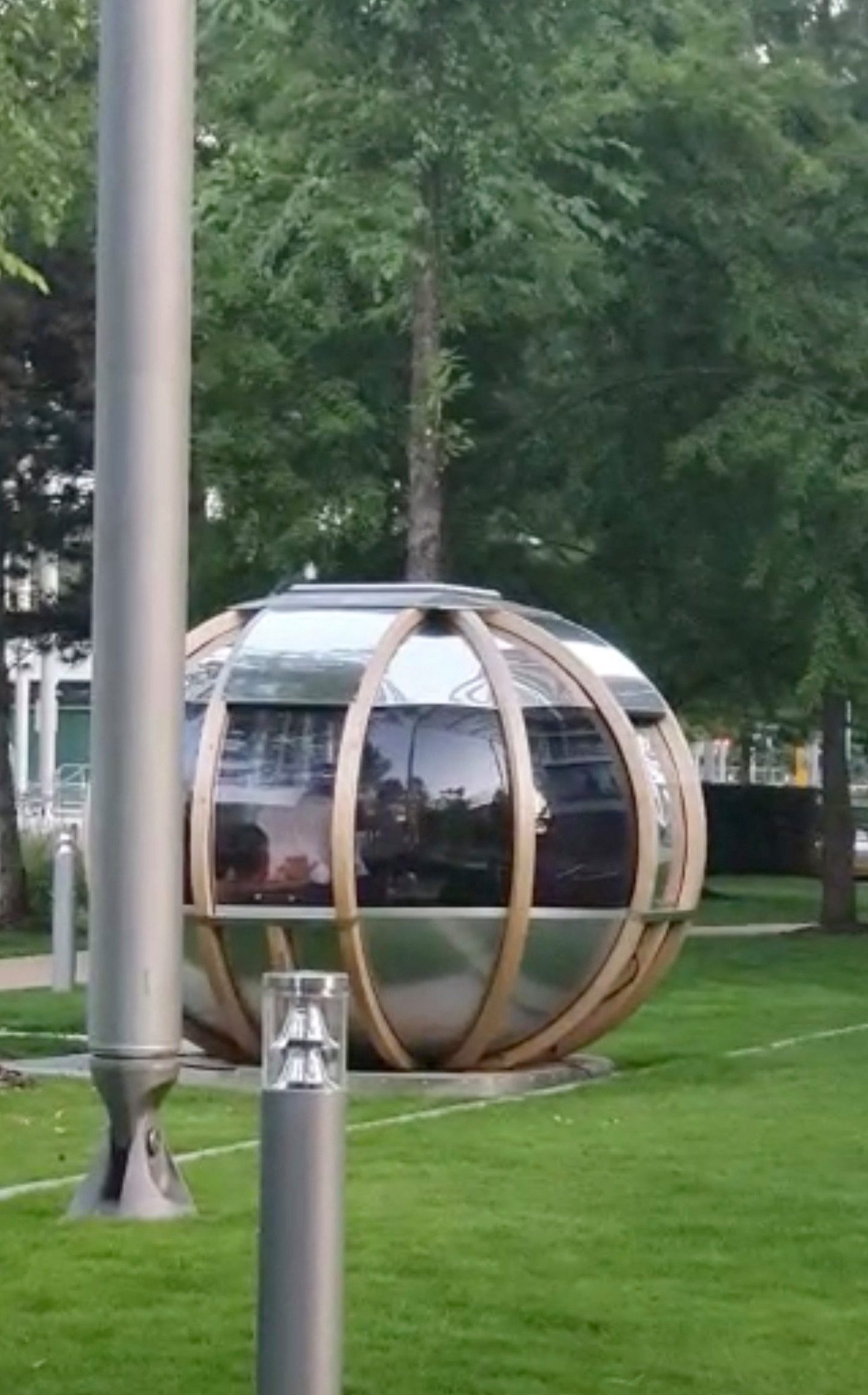 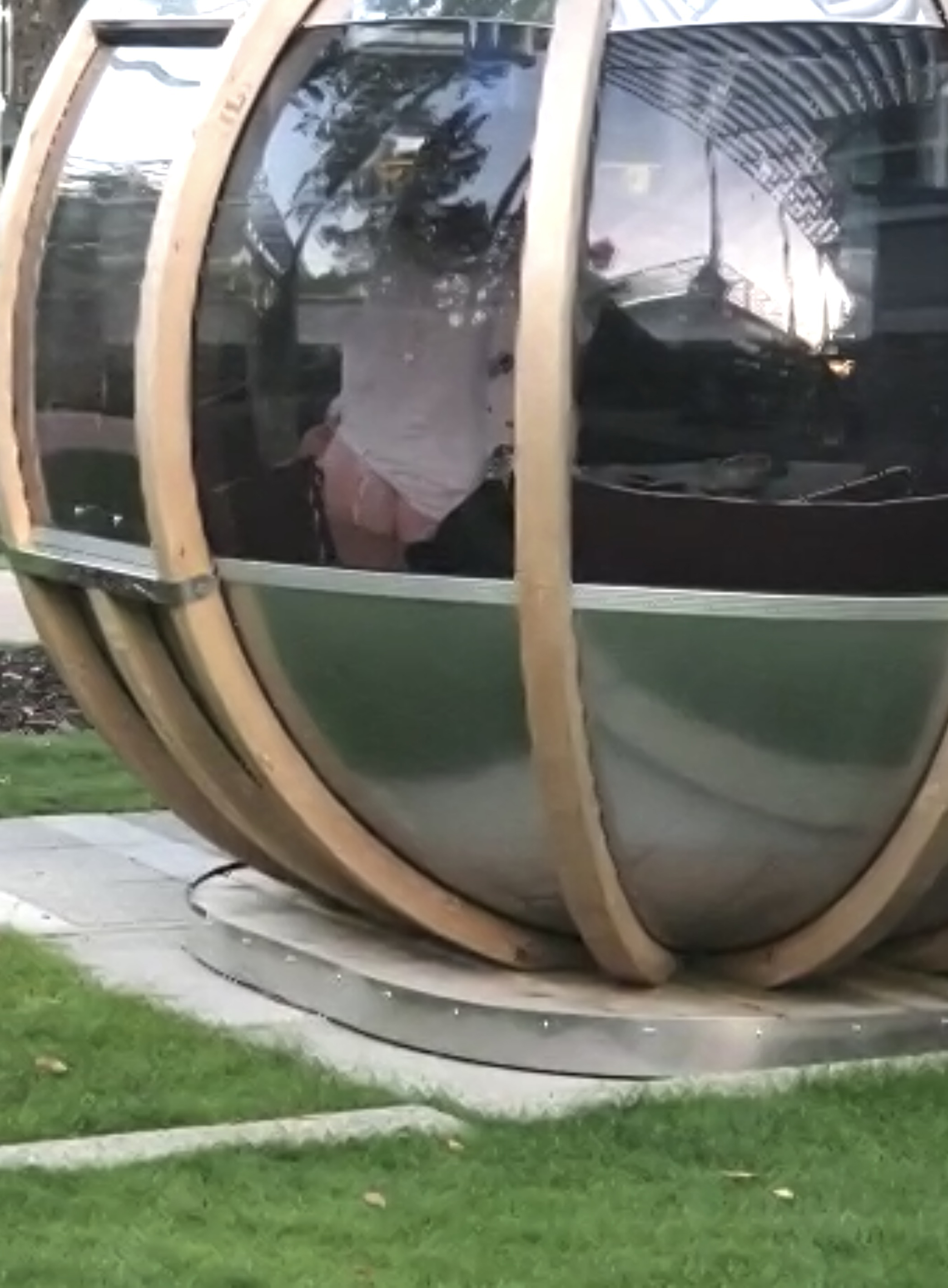 The man stripped off his shirt while his partner hoisted her dress and mounted him in a reverse cowgirl position.

They might have thought they were hidden behind the pod’s tinted glass but passers-by at Chiswick Park, West London, could see exactly what they were having for elevenses.

The IT worker who filmed them said: “The man could have kept his shirt on, then it would have been more discreet.

“In the heat I guess he just had one thing on his mind and the shirt had to go.”

The couple were filmed last week in the grounds of the award-winning park, which is home to the likes of Sony, Walt Disney and Starbucks as well as the aptly named Paramount and Virgin Active.

The pods can be booked for meetings or staff can just walk in if they are free. But during their one-to-one, the couple were unbothered by the pods being open to all — or by the lack of air conditioning.

The witness said: “I saw some other people walking by and spotting what was happening. They looked away in total disbelief but then look back again and realise that they weren’t dreaming.

“The pods are available to all the companies based there.

“For all they knew, the head of Sony could have easily have booked it out to use next.

“Word has spread around the offices but no one seems to know who they are and no one is admitting it is them.”

Chiswick Park has about 10,000 workers on its campus, one of the biggest in Britain.

It promotes itself with the hashtag #ENJOY-WORK while one fingerpost on site promises: “This way for good vibes.”

Operations director Glen Kit-ching said: “We’re aware of the footage and are investigating.”