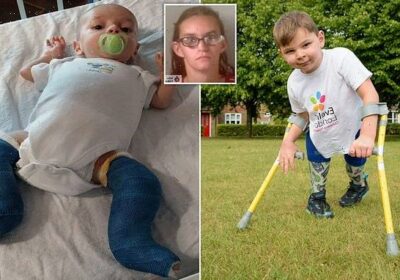 Deputy Prime Minister Dominic Raab has moved to block the release of a mother who abused her son so badly he had to have his legs amputated.

Jody Simpson, 24, and her partner Anthony Smith, 47, were both handed 10-year prison sentences in 2018 for torturing their birth son Tony Hudgell, who is now seven.

Simpson was due to be let out on licence at the halfway point of her sentence on Friday, but the Justice Secretary has exercised new powers – long-campaigned for by Tony’s family – to prevent her release. 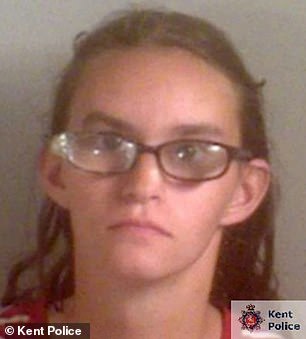 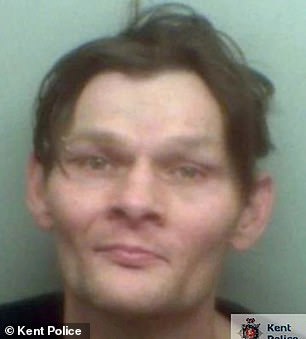 Tony’s birth parents Jody Simpson, 24, and his birth father Anthony Smith, 47, were both given ten-year prison sentences for abusing their son

Child abuser Simpson was told today that Mr Raab is referring her case to the Parole Board for a decision, following changes introduced through the Police, Crime, Sentencing and Courts (PCSC) Act 2022.

Tougher sentencing for child abusers came into force in June.

Now anyone who causes or allows the death of a child or vulnerable adult in their household can be given up to life in prison – up from the previous 14-year maximum.

The maximum sentence for causing serious harm to a child also went up from 10 to 14 years.

The sentencing changes are known as ‘Tony’s Law’, following tireless campaigning by Tony and his adoptive family. 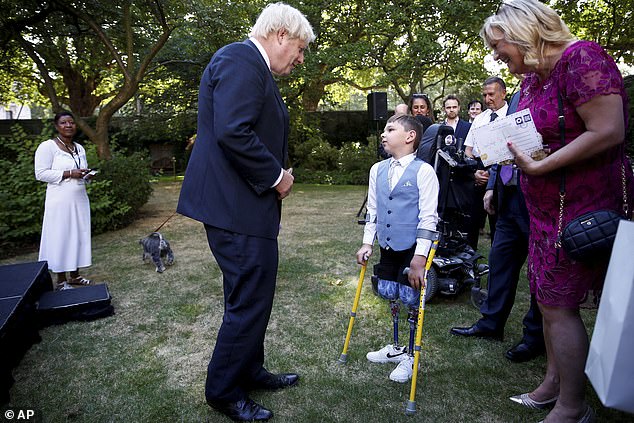 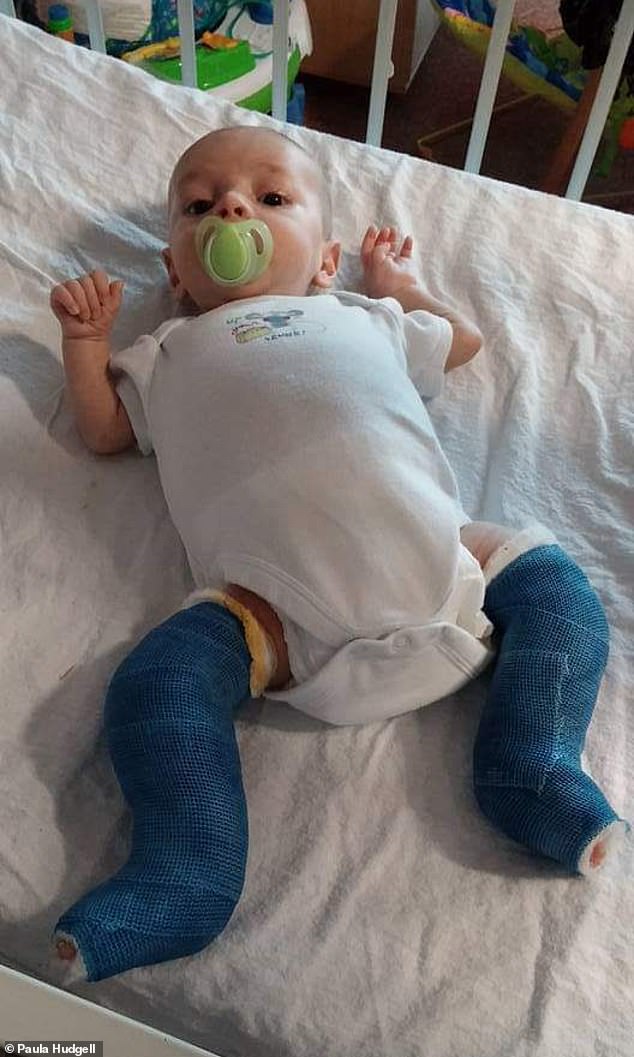 Tony, pictured as a baby at Evelina London Children’s Hospital, was violently abused by his birth mother, Jody Simpson, and had to have his legs amputated

The little boy’s adoptive mother, Paula Hudgell, 54, was elated to hear that Mr Raab has intervened with Simpson’s release – describing it as an ‘incredible feeling.’

‘I’m over the moon and feel quite overwhelmed,’ the mother from King’s Hill, Kent, said.

‘It just makes you appreciate the severity of the case and how much Tony has touched everyone’s hearts.

‘I didn’t expect it. I was almost waiting for her to be released.’

The mum-of-eight added: ‘Tony suffers every single day, and their sentence doesn’t reflect the severity of the crime.

‘These sentences were given out and I feel they should serve that time, it shouldn’t just be half that time.

‘The seriousness of Tony’s injuries are life-long and that’s why we fought for tougher sentences.’ 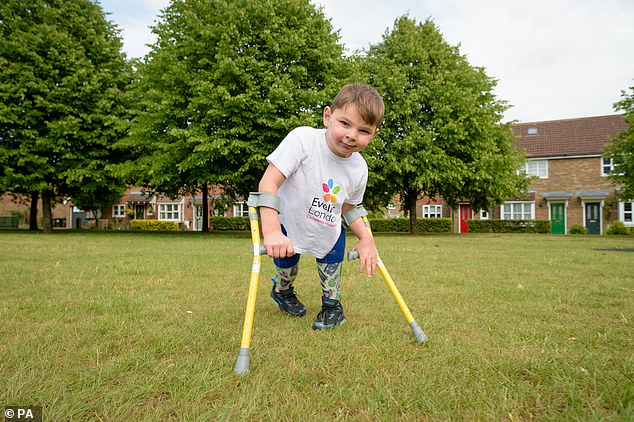 Tony’s adoptive family campaigned with him to get tougher sentences for child abusers, with Tony’s Law now implemented

When she heard the news last week that Simpson was set to be released, Ms Hudgell, who is battling bowel cancer, said the ‘sickening’ news felt ‘like a blow to the stomach’.

Mr Raab said he felt it was his ‘duty’ to refer Simpson to the parole board.

‘Tony endured a horrific and systematic campaign of abuse from his birth parents, and we are duty bound to do everything possible to prevent another child suffering at their hands,’ he said.

‘So, I have referred the case of Jody Simpson to the Parole Board, under new powers designed to keep prisoners incarcerated for longer, when their release would put public safety at risk.’ 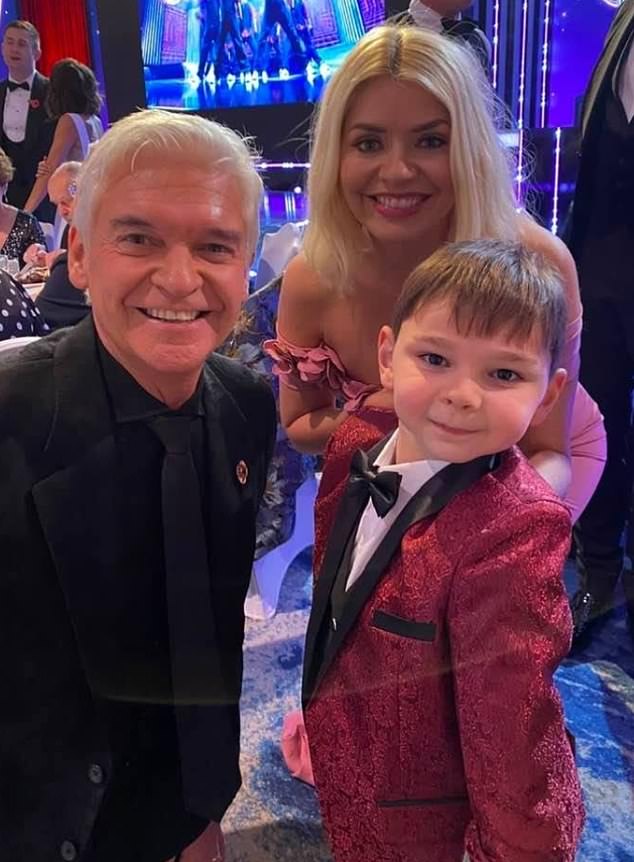 ‘He has touched everyone’s hearts’: Tony posing with Phillip Schofield and Holly Willoughby 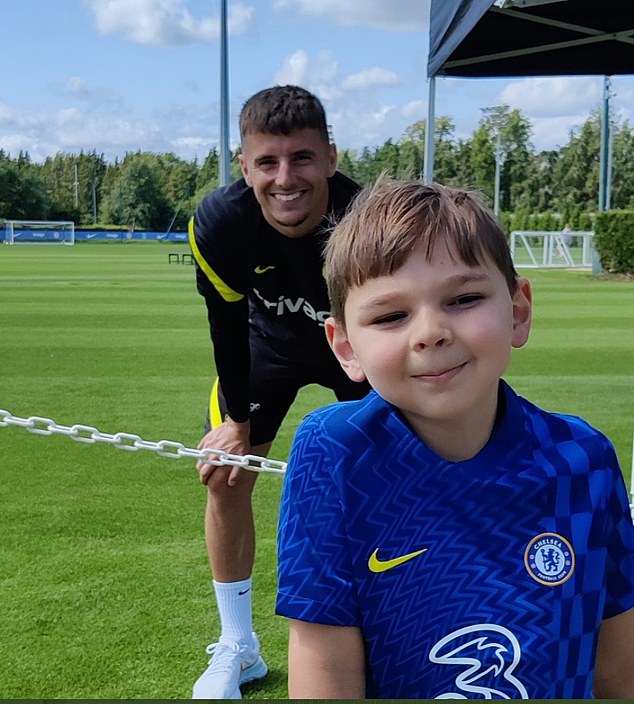 A decision on whether to release Smith will be made by the Board in due course.

A referral can be made by the Secretary of State under ‘Power to Detain’ provisions if an offender presents a significant risk of causing serious harm which cannot be safely managed through the usual licence conditions.

However, it does not allow for a prisoner to be detained beyond the end of the sentence handed to them by the Court.