Quit the excuses — and get New Yorkers vaccinated 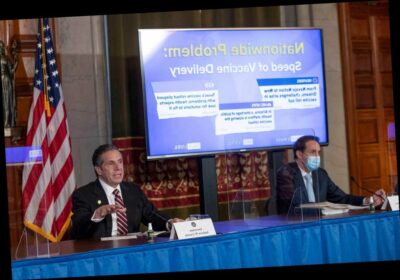 Indonesia plans to give working adults COVID-19 vaccine before elderly

Amid their bungling of the vaccine rollout, Gov. Cuomo and Mayor de Blasio are proving great at two other things: making excuses — and passing the buck.

“This was a much more aggressive undertaking than anyone thought,” Cuomo whined Monday. The nation “was not prepared.” Huh? Cuomo’s had nine months to plan.

People sometimes refuse to take the vaccine, he added — including 30 percent of hospital workers. Yet he himself cast doubts on the shot before the November election.

Cuomo pointed the finger at the feds’ too-slow vaccine program at nursing homes and at public officials, like de Blasio, whose picture he displayed with the words “MUST MANAGE.”

“They have to move the vaccine faster,” he huffed. He threatened new $100,000 fines and no more vaccines for hospitals that don’t use their allocations by week’s end.

De Blasio, in turn, blames Cuomo’s rules and demands more “flexibility” in who’s eligible. Does Cuomo “think our health-care professionals are uninterested in vaccinating people?” Hizzoner harrumphs. Please: He knows Cuomo isn’t talking about rank-and-file health-care workers but about . . . him.

Fact is, the mayor was likewise caught off guard by the sluggishness of public hospitals — which, by Monday, had given out a far smaller share (31 percent) of their vaccines than many private hospitals, like New York-Presbyterian (99 percent).

And Cuomo’s rules have been crazy. A complicated “matrix” to determine who’s eligible and when, enforced by whopping $1 million fines for vaccinating someone out of order, practically guaranteed that butt-covering bureaucrats would go slow. How perfectly Cuomo to then turn around and announce new fines for failing to give out all your vaccines, even if you have leftovers with no one “eligible” to get them — and to vow to take away allotments from hospitals that don’t move fast enough.

The gov tries to micromanage with absurdly complex “matrices” and other schemes. The mayor, meanwhile, never dares to light any fires under the city’s workforce. Both have failed New York again and again.

Here’s the bottom line: As of Monday, less than half of the state’s vaccines had gone out. Enough with the excuses, blame game and bureaucracy. Get New Yorkers vaccinated now.