Quidditch changes its name to distance itself from 'Harry Potter' author J.K. Rowling 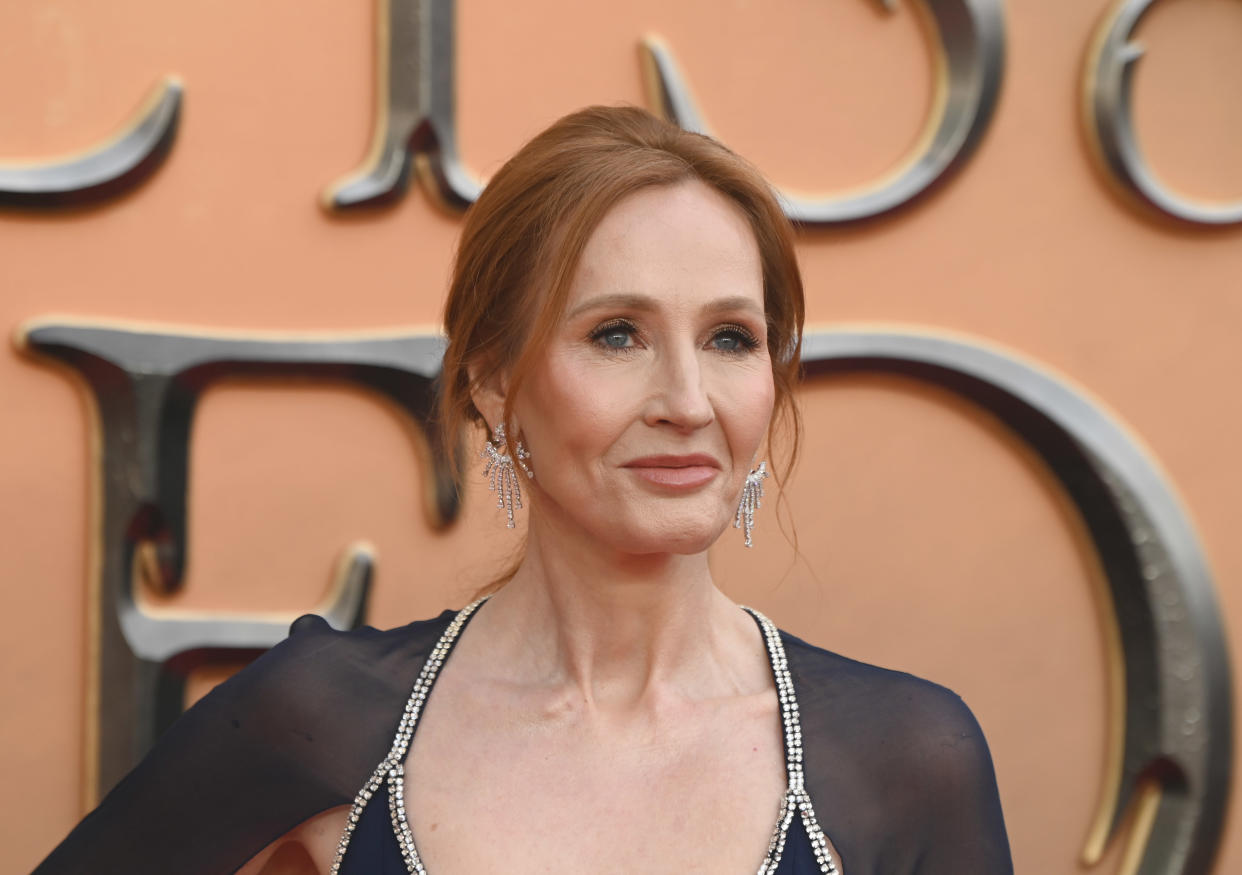 Real-life Quidditch, based on a magical game in “Harry Potter,” has announced a new name for the sport: Quadball.

First, they said the name change was part of an effort to “distance themselves from the works of J.K. Rowling, who has increasingly come under scrutiny for her anti-trans positions in recent years.”

Second, they said the name “quidditch” is trademarked by Warner Bros., and, as a result, the sport’s broadcast and sponsorship opportunities have been limited.

They said they chose the new name after circulating a survey among players and fans. Quadball refers to the number of balls used to play the sport and the number of positions.

The governing body for the U.S. changed its name effective immediately, while Major League Quidditch said it would adopt the name after the 2022 MLQ Championship in August. The International Quidditch Association will also adopt the name change worldwide, according to Tuesday’s announcement.

“In less than 20 years, our sport has grown from a few dozen college students in rural Vermont to a global phenomenon with thousands of players, semi-pro leagues and international championships,” Mary Kimball, executive director of U.S. Quadball, said in a statement. “Our organizations are committed to continuing to push quadball forward.” 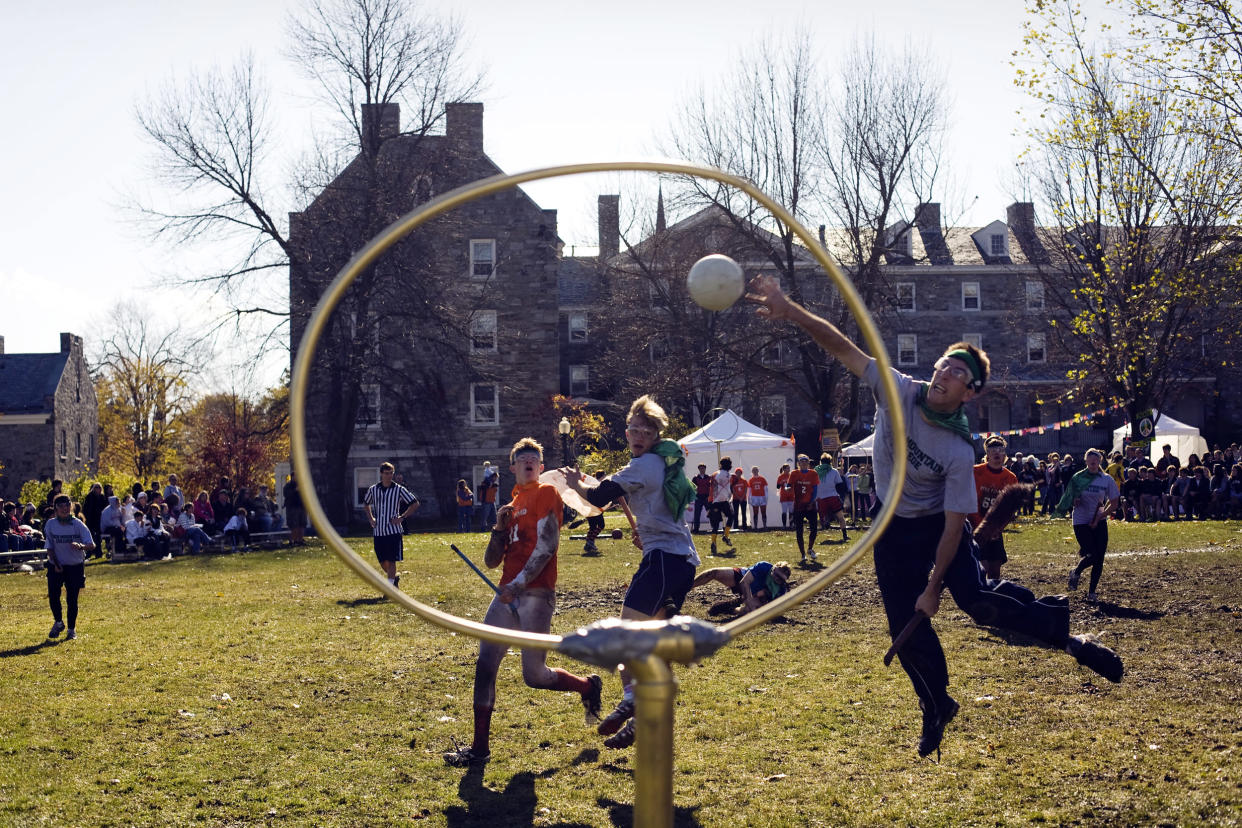 In their statement Tuesday, the leagues noted that Rowling’s views have faced criticism from three lead actors in the “Harry Potter” film series, as well as LGBTQ advocacy groups like GLAAD and the Human Rights Campaign.

Rowling has repeatedly tweeted and written about transgender people in recent years. In June 2020, for example, she wrote a nearly 4,000-word blog post that some critics called a “transphobic manifesto.” In the post, she questioned whether more young people have come out as transgender because of a “contagion” fueled by social media.

She also described her own experiences with domestic abuse and assault, which she said made her concerned for the safety of women and girls in bathrooms and changing rooms, for example.

A 2018 study by the Williams Institute on Sexual Orientation and Gender Identity Law and Public Policy found that there is no evidence that letting transgender people use restrooms and other public facilities that align with their gender identity increases safety risks.

Rowling’s public statements run contrary to the sport’s commitment to inclusivity, the leagues have said. Quidditch, now quadball, has “developed a reputation as one of the most progressive sports in the world on gender equality and inclusivity,” U.S. Quidditch and Major League Quidditch said in December, “in part thanks to its gender maximum rule, which stipulates that a team may not have more than four players of the same gender on the field at a time.” 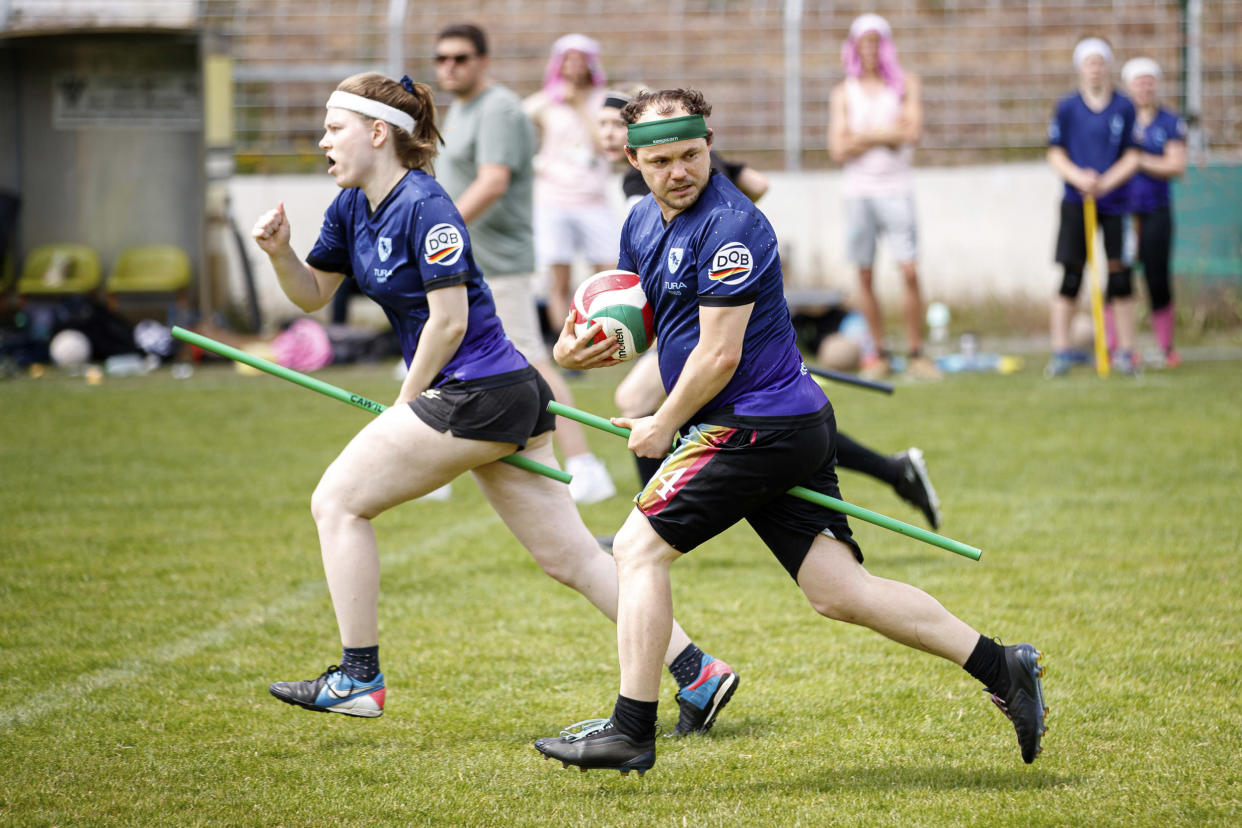 The real-life game, adapted by Xander Manshel and Alex Benepe at Middlebury College in Vermont in 2005, resembles soccer and field hockey, but as a contact sport with broomsticks.

It is now played by more than 600 teams in 40 countries, according to Tuesday’s release.

When the leagues announced in December that the sport’s name would change, Benepe said he was “thrilled that USQ and MLQ are moving in this direction.”

“Big changes like this don’t come without risk, but I’ve been a strong advocate for making this move for a long time,” he said, according to the leagues’ statement. “The sport needs its own space without limits on its growth potential and changing the name is crucial to achieving that.”Follow NBC Out on Twitter, Facebook & Instagram