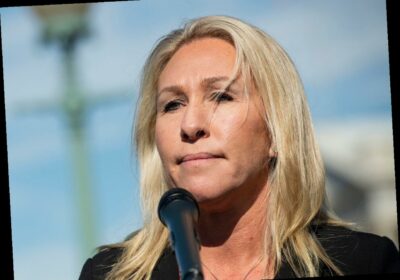 QANON rep Marjorie Taylor Greene has launched an attack on her own political party as her Covid bill delay tactics have frustrated Republicans.

Marjorie Taylor Greene – who recently said Joe Biden should be impeached – shared a series of 16 tweets on Saturday morning to complain about her Republican colleagues. 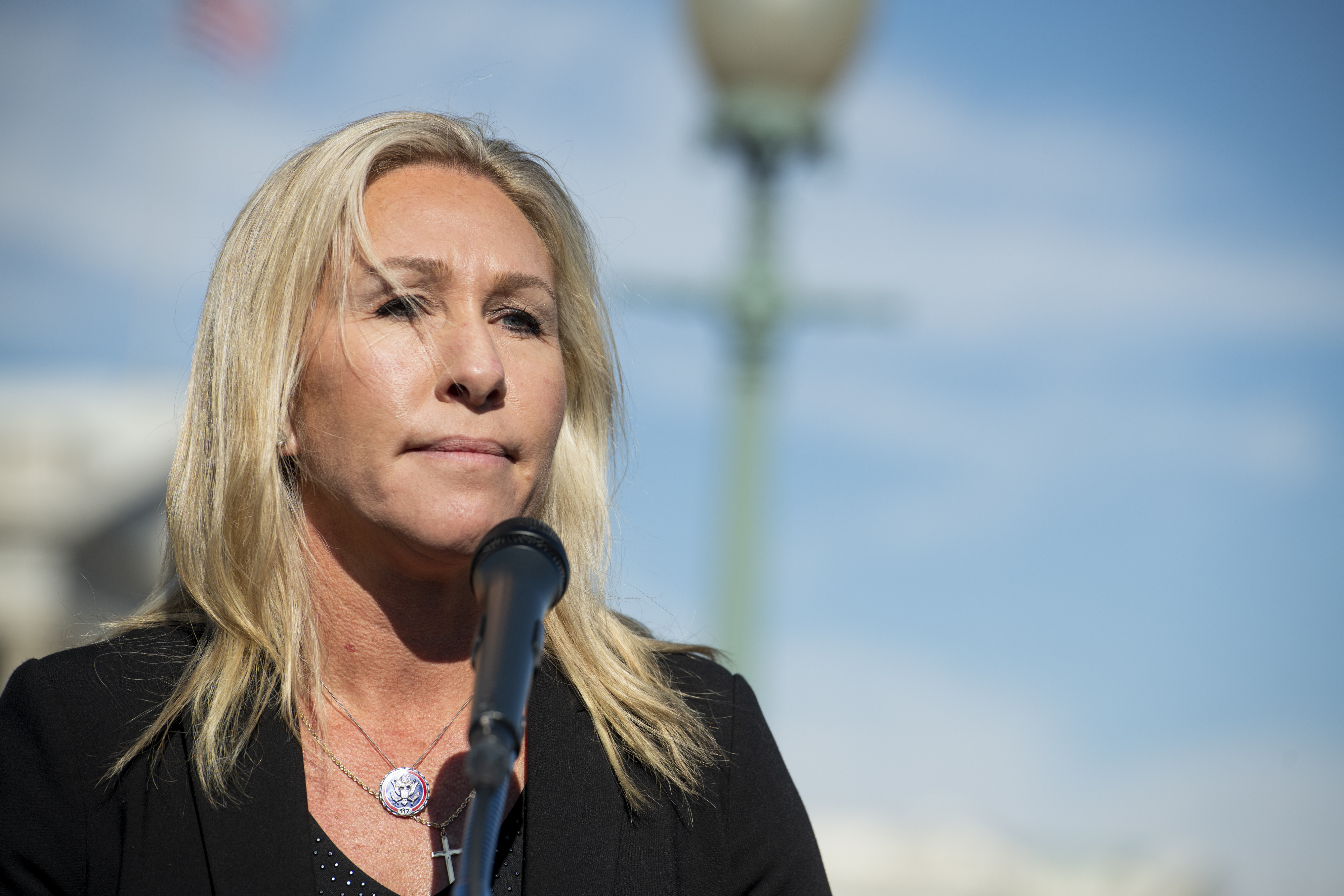 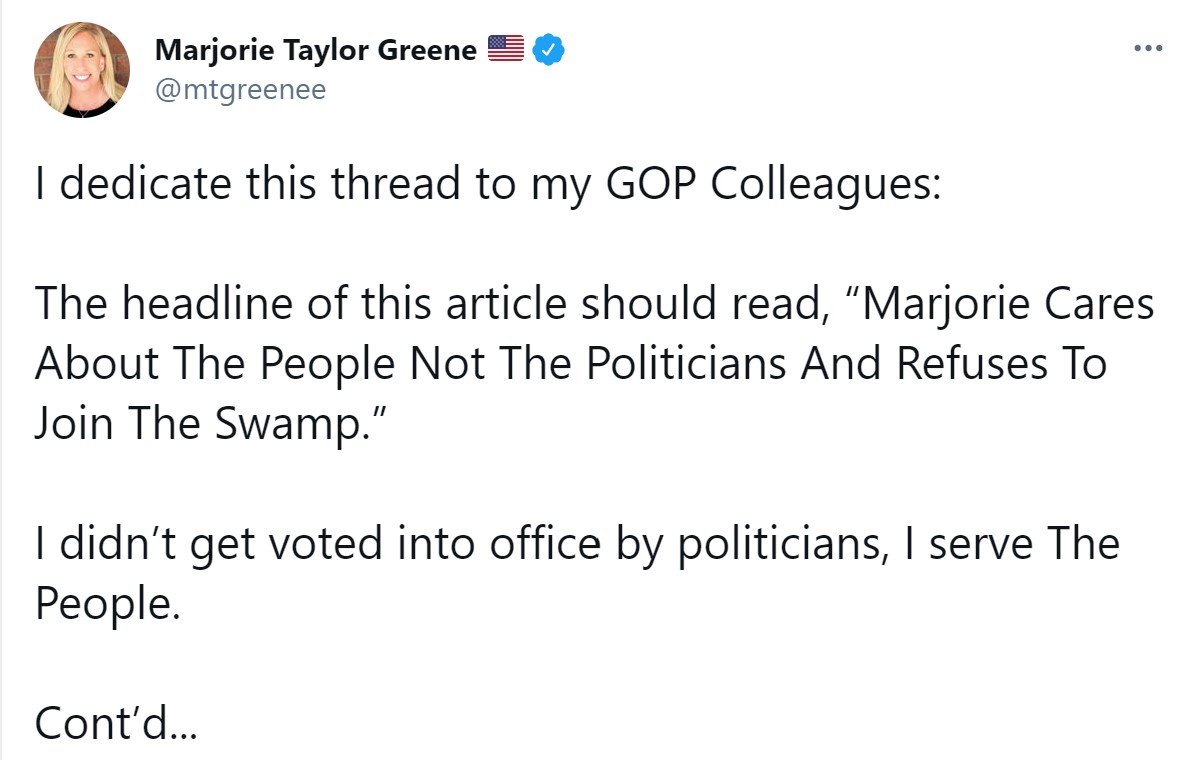 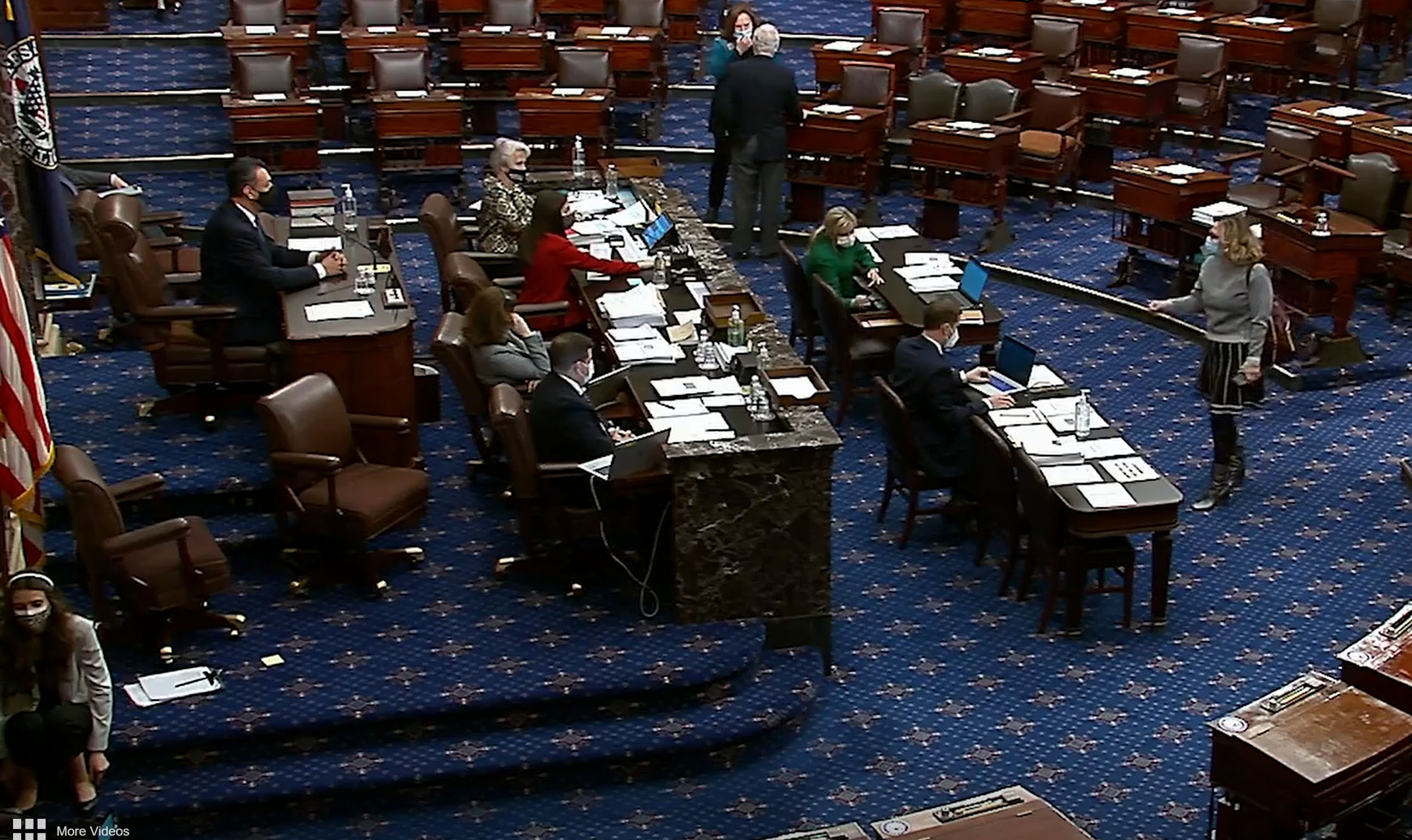 The Georgia representative has continued to interfere with congressional work and voted more than once for a motion to adjourn the House, according to reports.

Greene dedicated her Twitter thread to her fellow Republicans.

Along side her first tweet of many, was a link to an Apple article – which appears to have been removed.

She wrote: "The headline of this article should read, 'Marjorie Cares About The People Not The Politicians And Refuses To Join The Swamp.'

"I didn’t get voted into office by politicians, I serve The People." 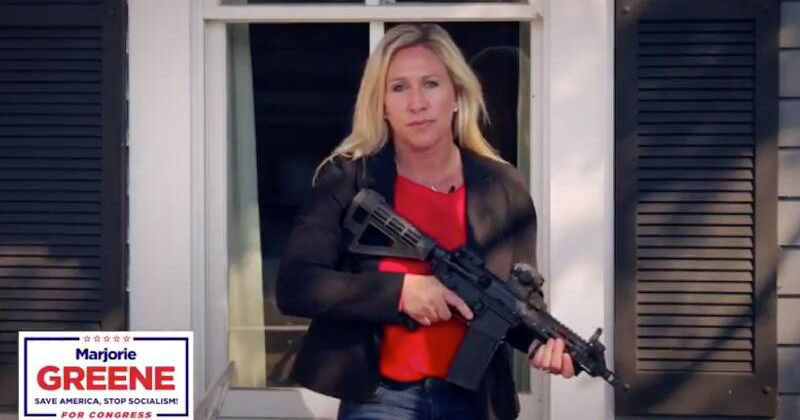 However, The Hill published a story with the same headline on Monday morning – making it seem as the article on Apple was linking to that specific article.

The Hill explained that Greene "forcing futile procedural votes to adjourn the House each day are disrupting committee hearings and virtual constituent meetings."

According to the news outlet, Rep. Ann Wagner, Federal Reserve Chairman Jerome Powell, Rep. David Joyce, and Rep. Tim Walberg were all affected in some way. 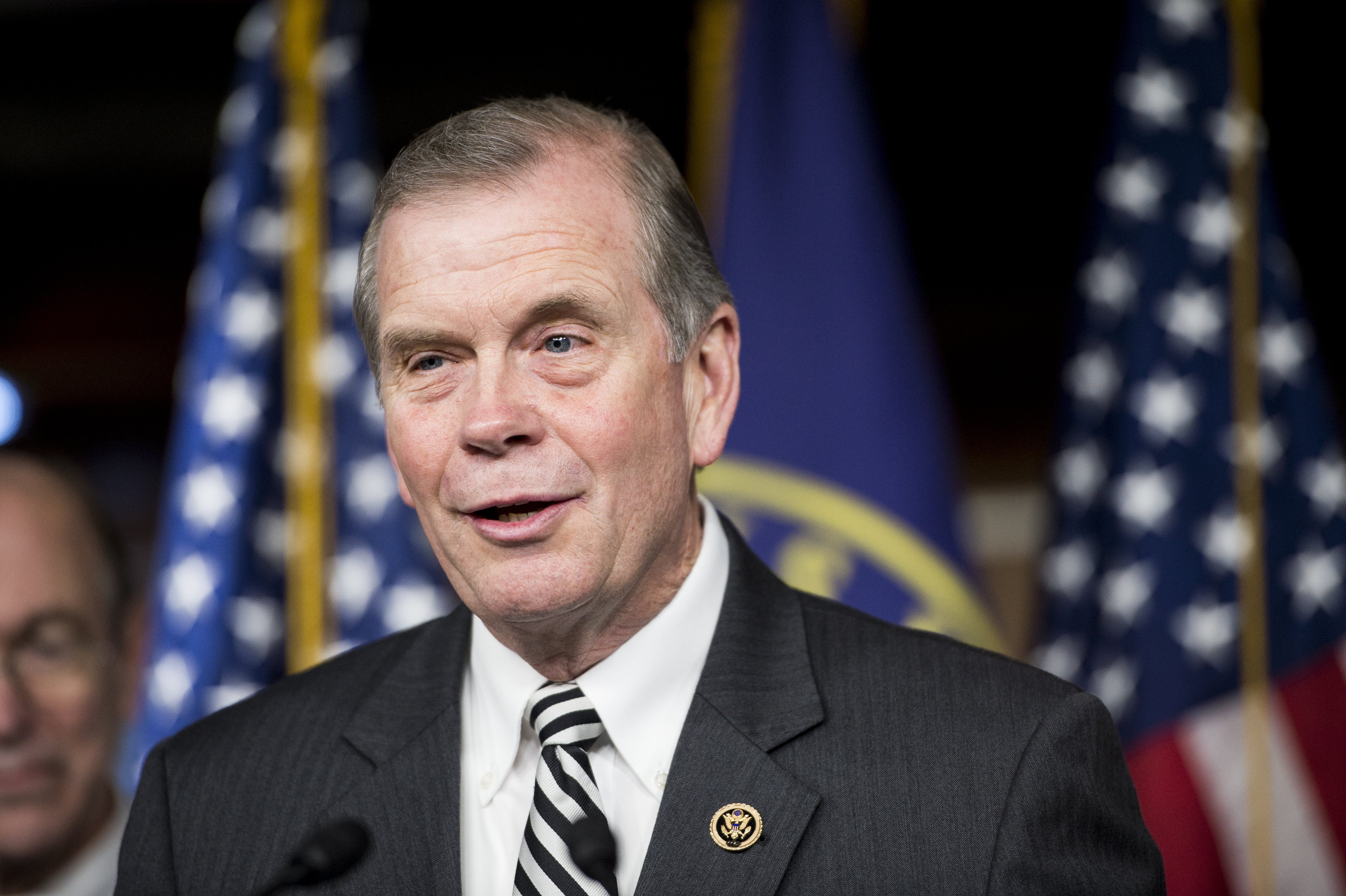 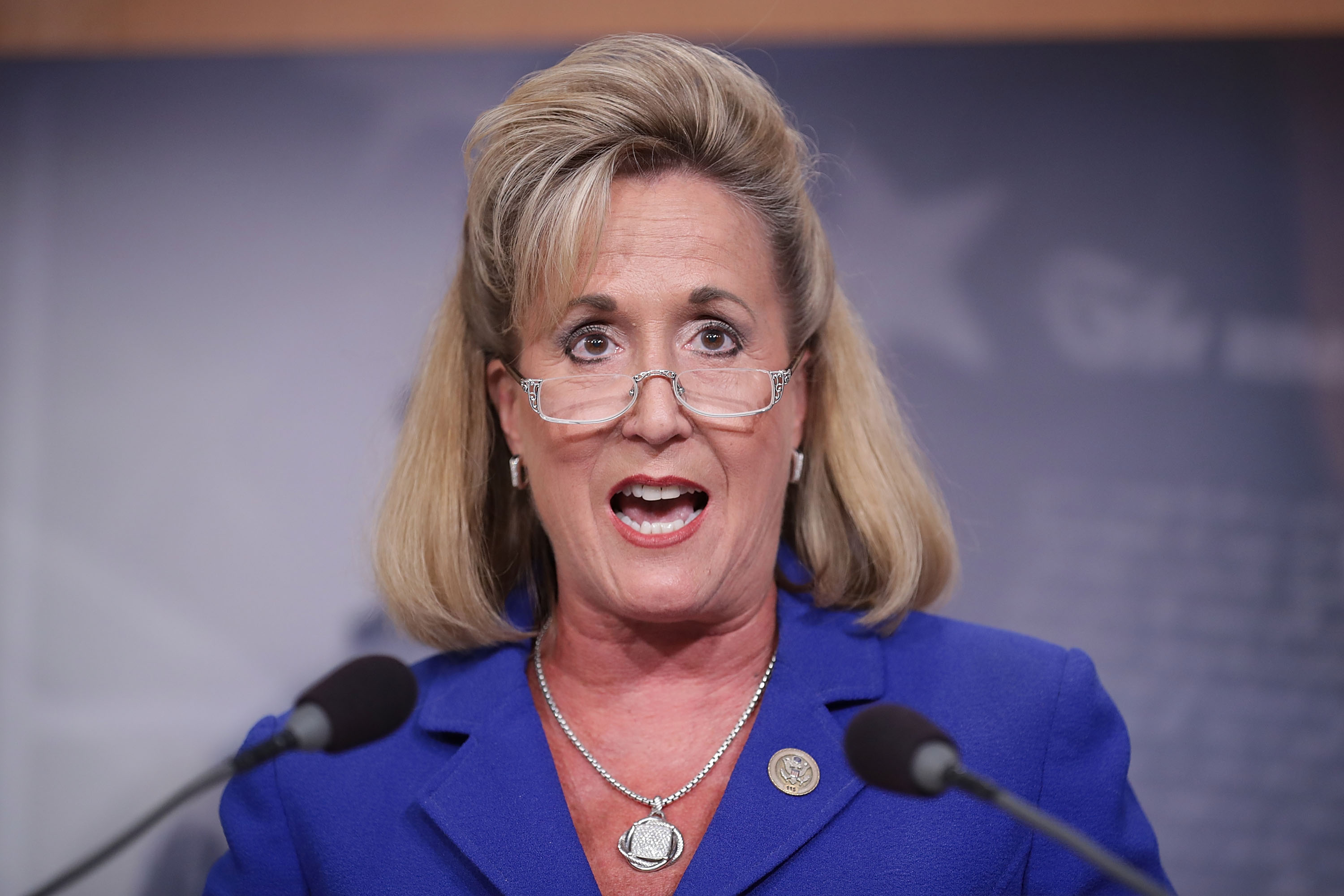 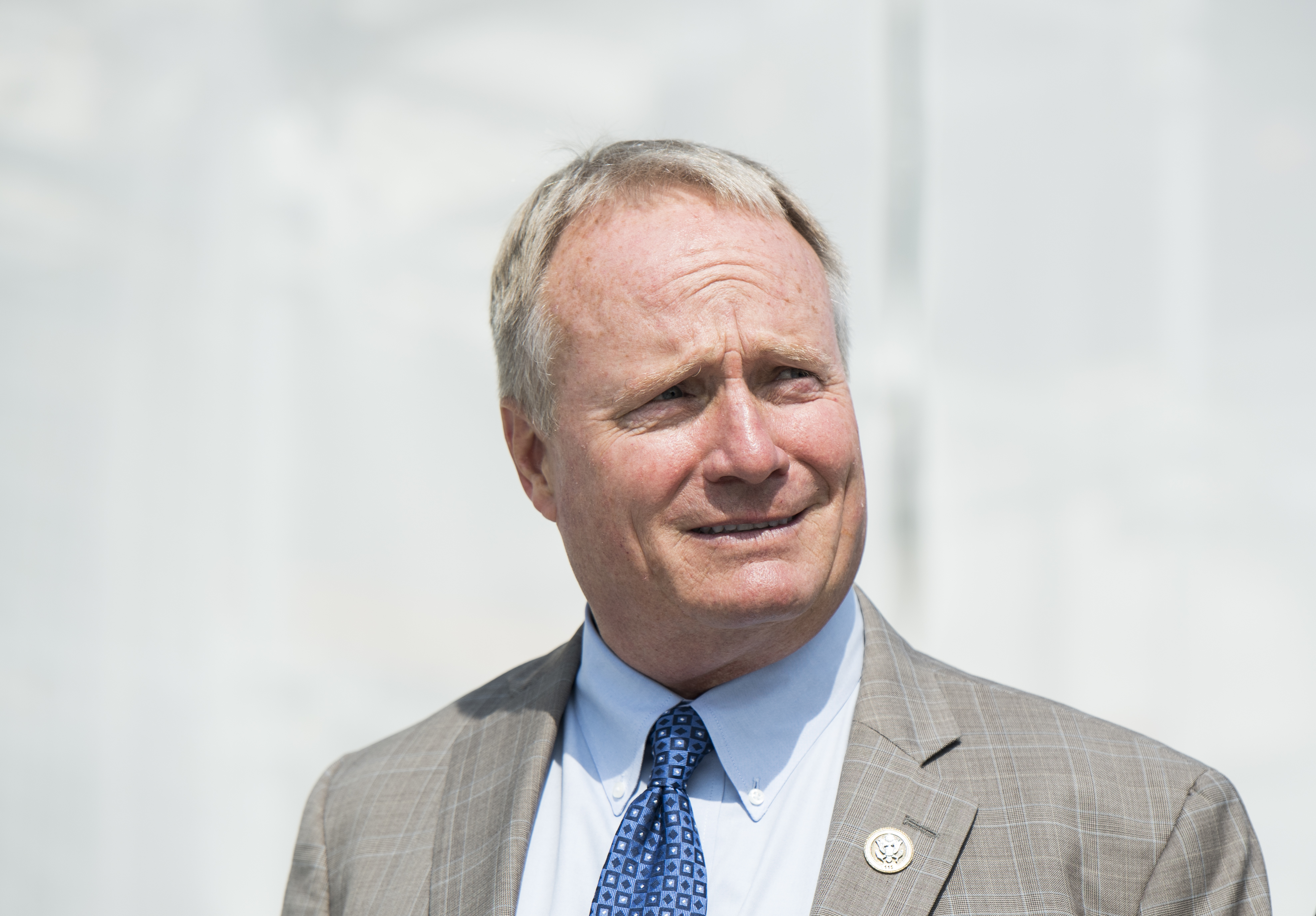 Wagner told The Hill she felt "aggravated" when she had to vote recently on "one of Greene’s motions to adjourn."

Upset about the changes in schedule, Wagner reportedly once said: "Ms. Greene doesn't have three hearings today like I do."

Hours after the article was published, Green wrote the series of fiery tweets.

Greene wrote: "It’s unfortunate that some of my GOP colleagues, who have been in Congress a lot longer than me, don’t share the outrage that Republican voters feel about the Democrat’s radical agenda!

"As if a $1.9 trillion dollar woke progressive spending spree with only 9% to covid isn’t enough. Dems destroying women’s rights and sports, wiping out religious freedoms, defunding the police, HR1, and erasing gender completely…

"Doesn’t seem to be enough to make some of my GOP colleagues feel like they can actually stand up out of a chair and walk to go vote for a motion to adjourn."

The 46-year-old far-right conspiracy theorist blasted her colleagues for preferring to "sit on committee zoom meetings where they are mute and their hands are tied doing nothing." 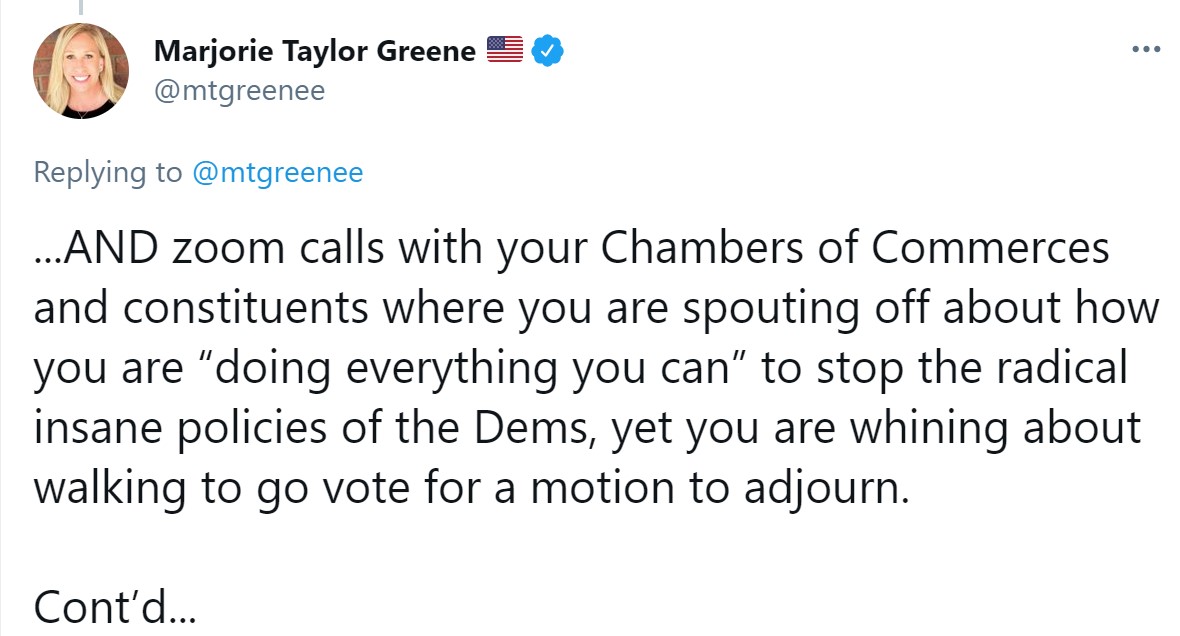 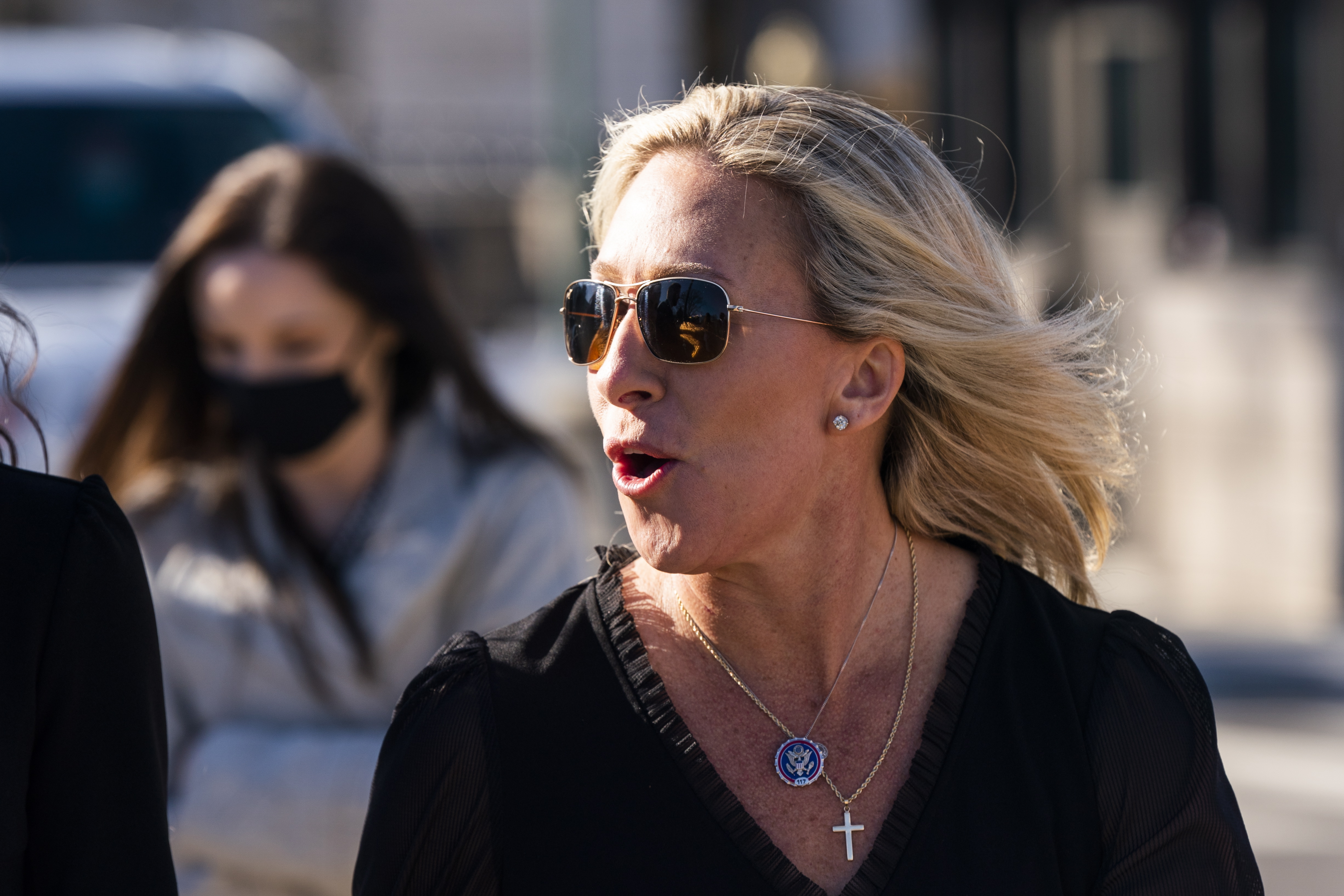 She added: "I call for motions to adjourn so that the Democrats can have at least another hour to come to their senses before they vote for this kind of crap.

"Oddly, some of my GOP colleagues don’t share my outrage and are annoyed with me for trying to do anything I possibly can to disrupt and stop the Democrats from destroying our country.

"They’re annoyed because it was a little inconvenient and I didn’t tell them ahead of time, so they could just complain to me and try to convince me not to do it."

Greene also slammed Nancy Pelosi for making weekly changes to calendars and schedules – as she insisted to her colleagues that Dems "could care less about your ideas."

She recalled how Republicans take part in "zoom calls with your Chambers of Commerces and constituents where you are spouting off about how you are 'doing everything you can' to stop the radical insane policies of the Dems, yet you are whining about walking to go vote for a motion to adjourn."

It appears her comments followed Joyce's statement to The Hill, saying: "It’s a senseless thing that doesn't really provide for productive results in the Congress.

Joyce revealed he had been on a Zoom call when an unplanned vote to end House Business for the day was called.

"All it does is disrupt the organization of the day when you’re trying to meet with constituents when you have to come vote for something that’s not going to pass," Joyce reportedly explained.

Last month, Greene got into a petty quarrel in February with a Capitol neighbor over the transgender flag.

The QAnon Rep placed a sign on the wall outside her Capitol office to ridicule Rep Marie Newman for putting up a transgender pride flag alongside her door.

Greene shared a video of herself putting up the sign, which read: "These are TWO Genders: MALE & FEMALE 'Trust The Science!'"