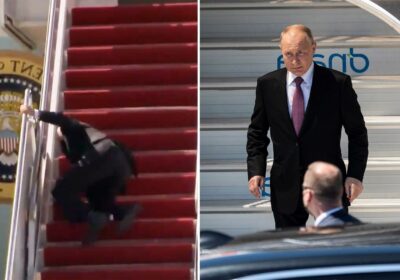 VLADIMIR Putin sprinted down the plane steps in a stark contrast to Joe Biden's recent tumbles on Air Force One.

The 68-year-old Russian President quickly descended the steps of his jet as he landed in Geneva to meet with Biden on Wednesday morning. 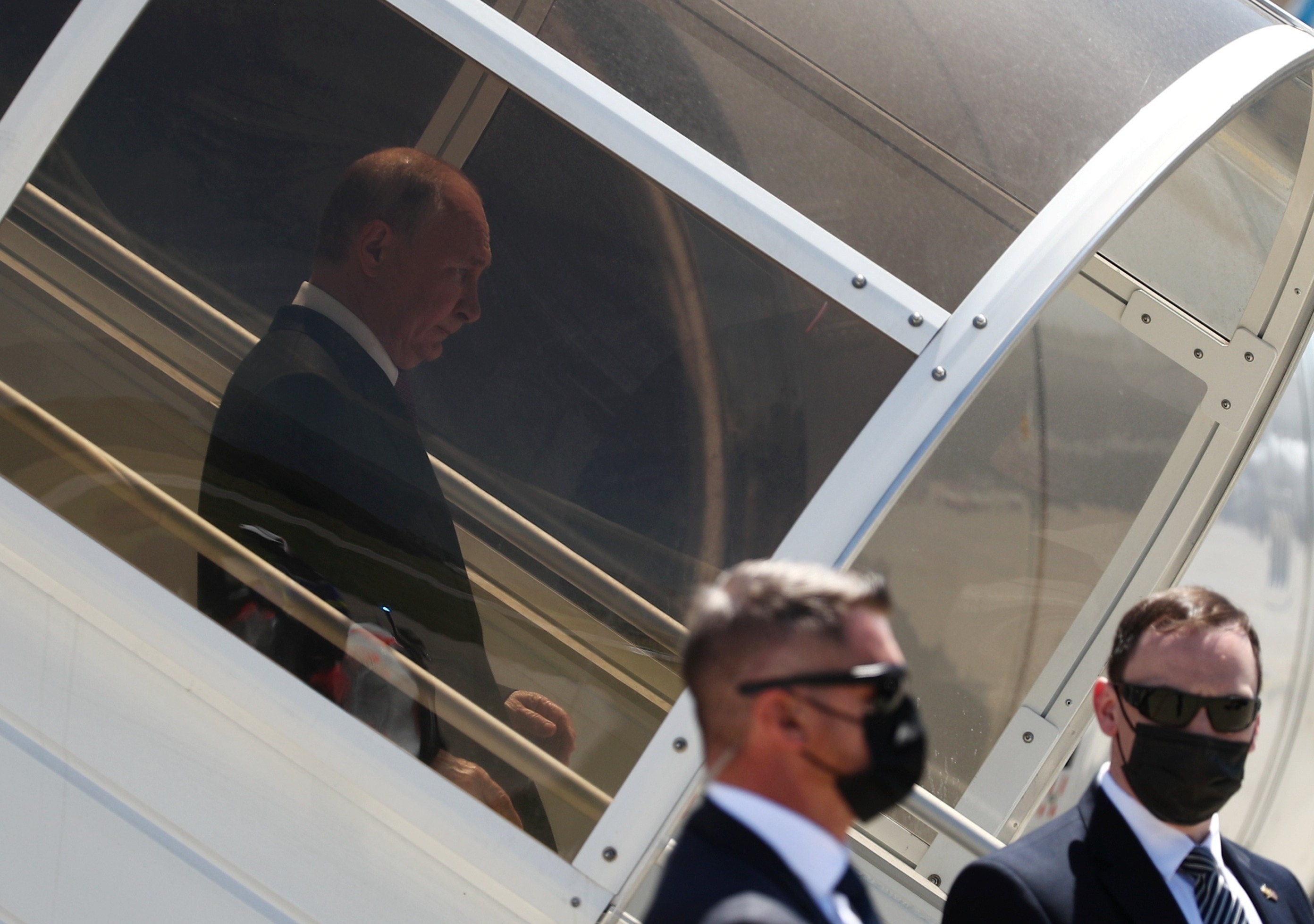 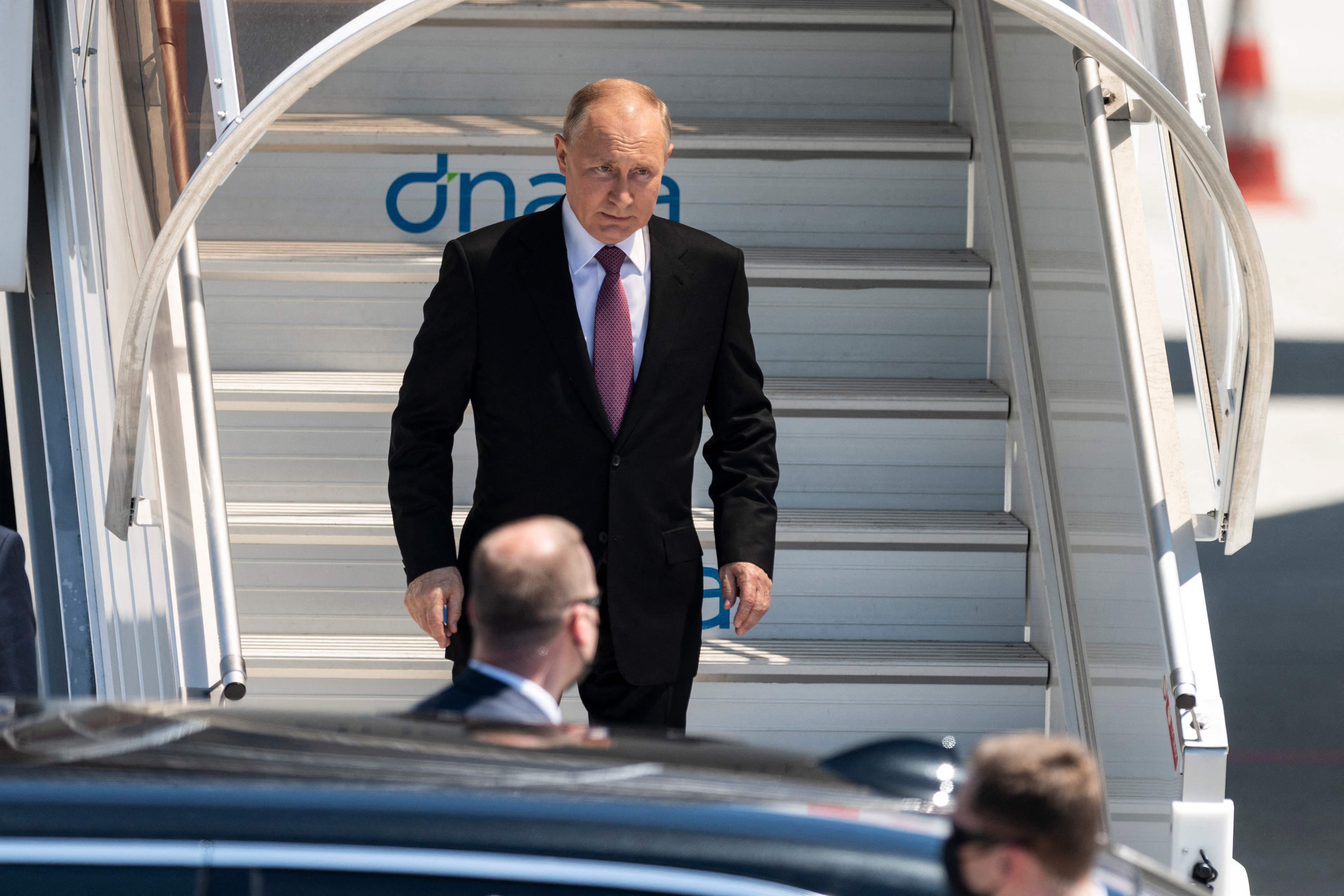 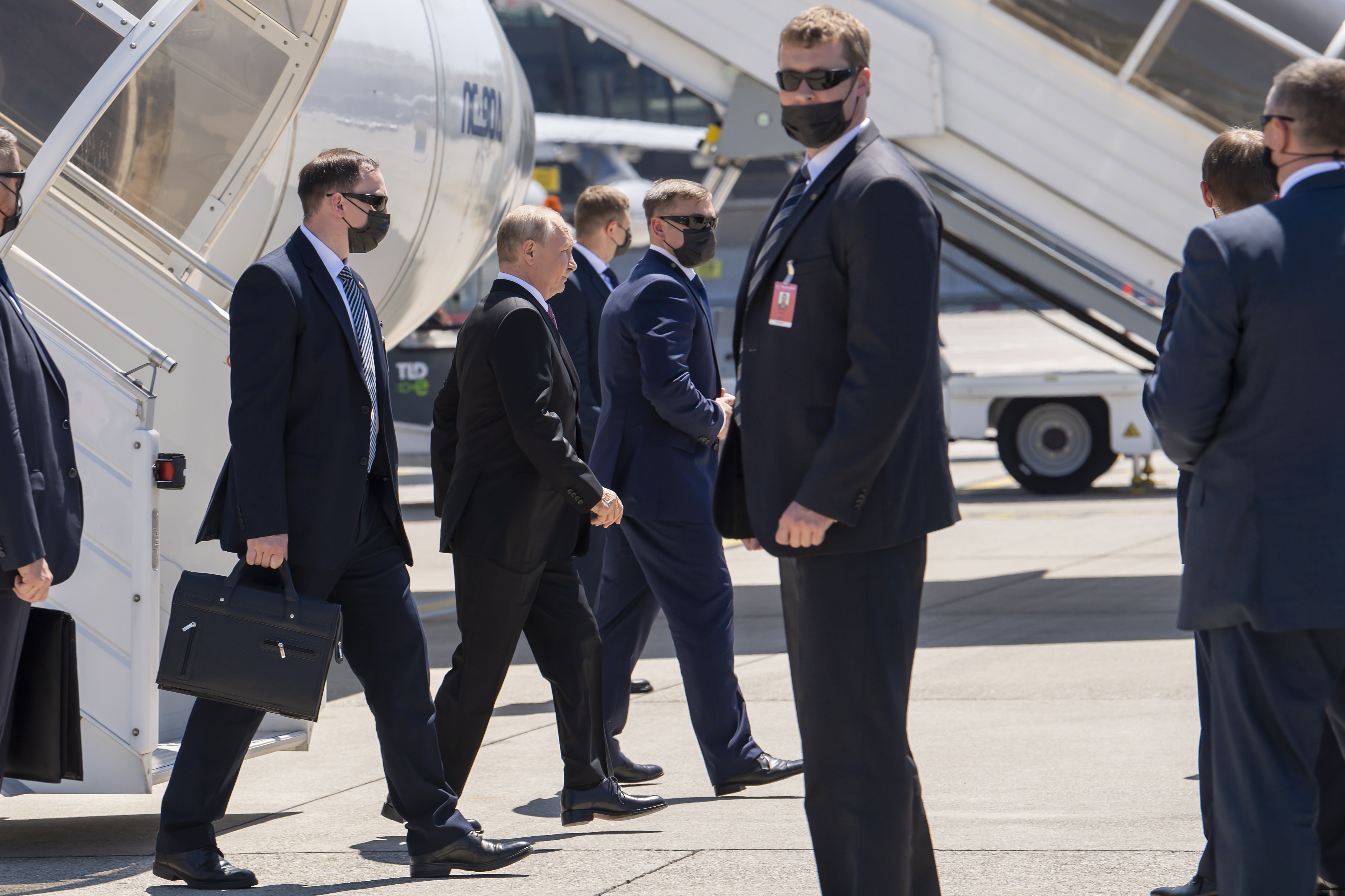 The moment was very different from Joe Biden’s tumble up the steps of Air Force One in March.

Worrying footage shows the president, 78, tripping on the stairs just months after injuring his foot.

Biden was on his way to Atlanta to meet with Asian community leaders following the massage parlor shootings.

He tripped a total of three times as he made his way up the stairs to board Air Force One.

However, Biden quickly recovered and carried on up the stairs, giving a salute before entering the aircraft. 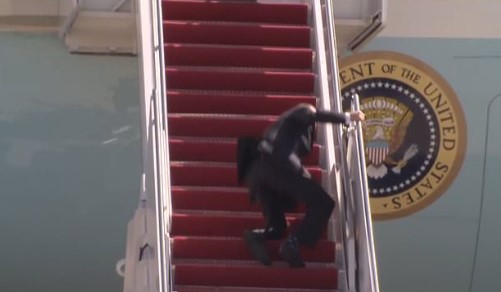 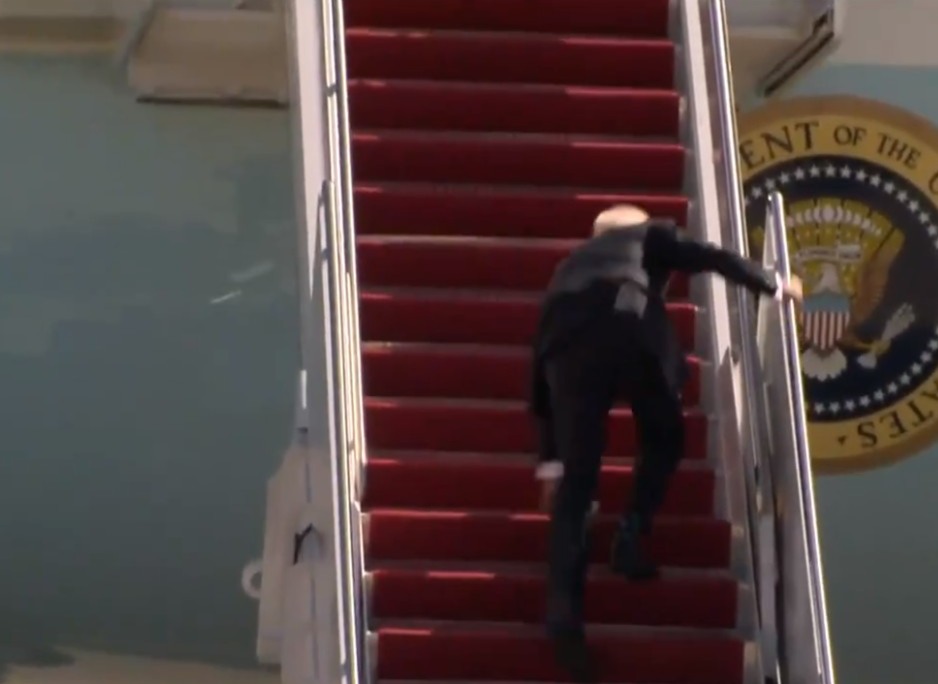 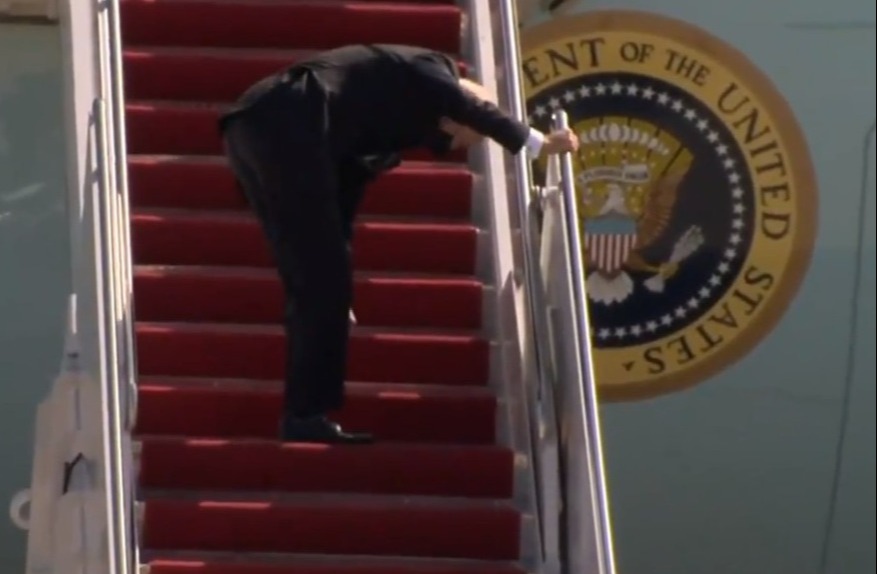 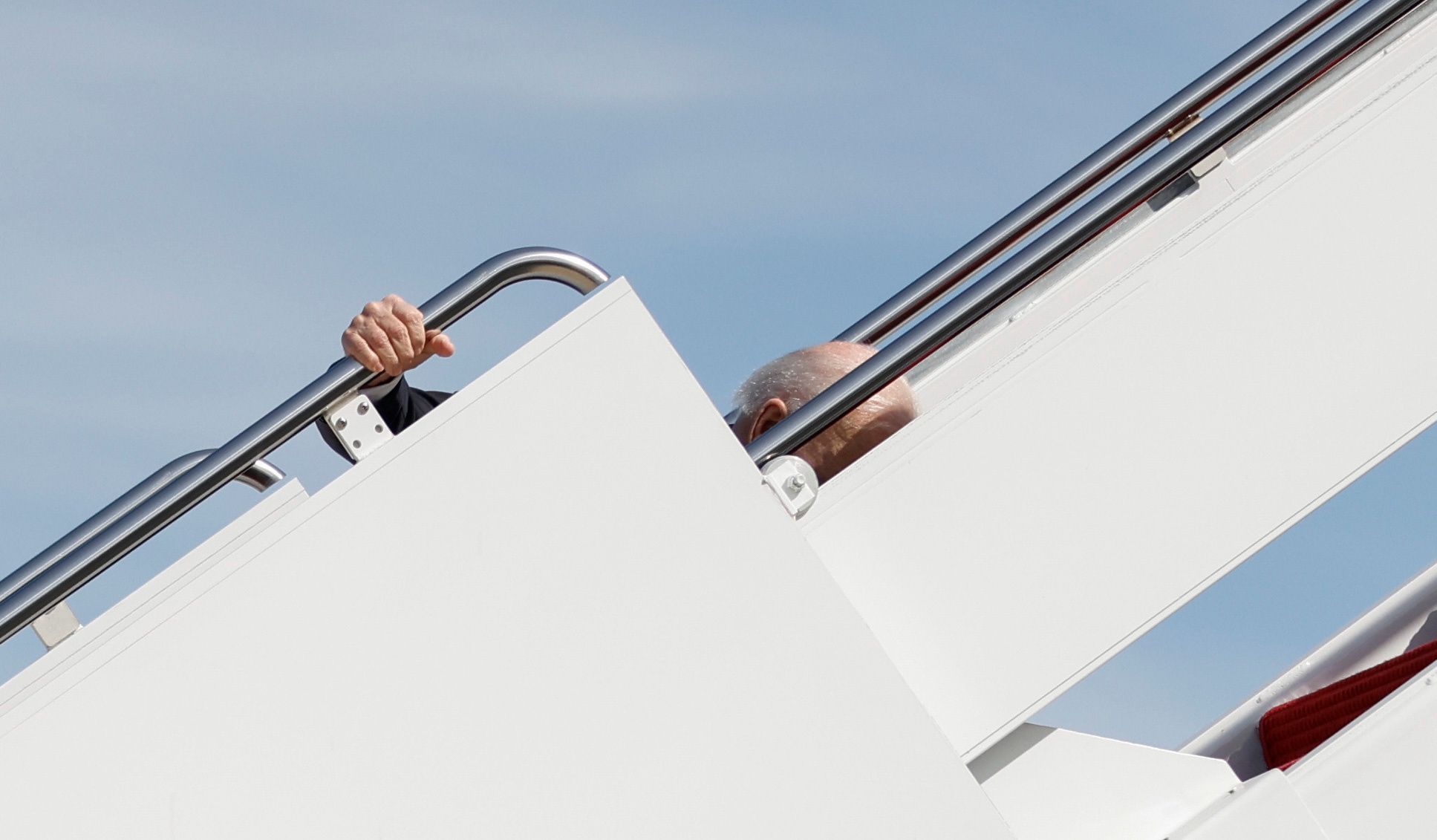 Late last year Biden was seen wearing his typical navy blue suit with a cast on his right foot outside The Queen theater in Delaware.

He appeared at the venue in Wilmington to formally unveil his six-person economic team, a core group that includes veterans from previous Democratic administrations and historic firsts.

Biden was forced to wear the protective boot for "several weeks" after x-rays revealed a "hairline fracture" obtained while playing with his dog, Major.

The US president is meeting with Putin today for crunch talks for the first time since Biden took office in January.

The pair are expected to talk about US concerns on Russian saber-rattling on the Ukrainian border, the imprisonment of Kremlin opponent Alexei Navalny, and Putin's support for Belarusian strongman Alexander Lukashenko.

Washington has repeatedly accused Russia of interfering in the 2016 and 2020 US elections.

Earlier this year, Biden blacklisted six Russian technology companies for "carrying out Russian government-directed attempts to influence the 2020 US presidential election, and other acts of disinformation and interference."

However, Putin called for the US and Russia to work together to fight cyberattacks, saying: "It is our great hope that we will be able to set up this process with our US partners."