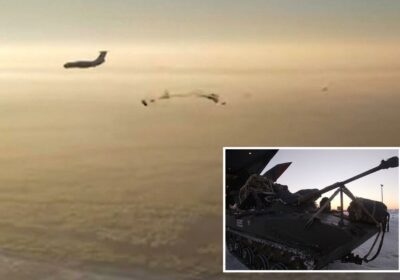 VLADIMIR Putin has parachuted in TANKS in a Ukraine invasion drill as Russia threatens to buzz Europe with nuke bombers amid fears World War 3 could break out.

As tensions between Moscow and Kiev hit boiling point, Russia flexed its military muscles by dropping a tank out of an aeroplane with just a parachute. 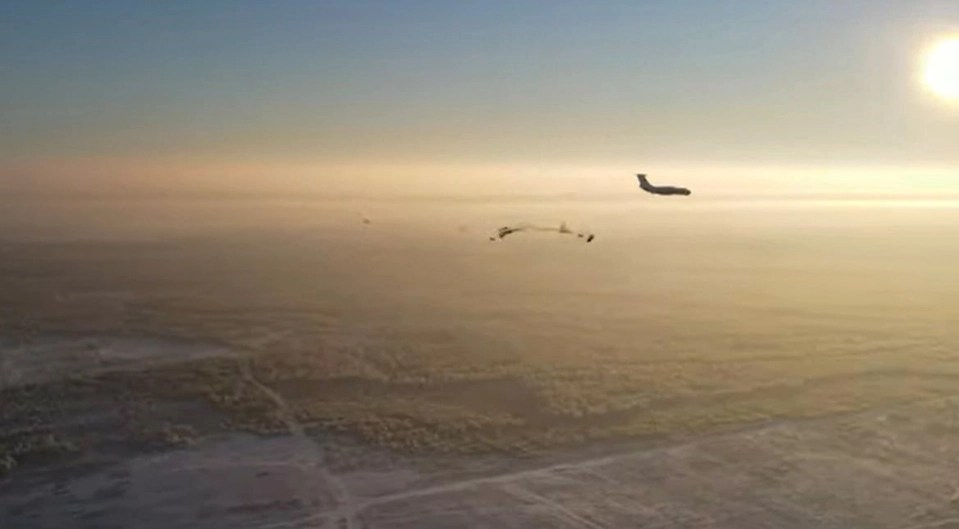 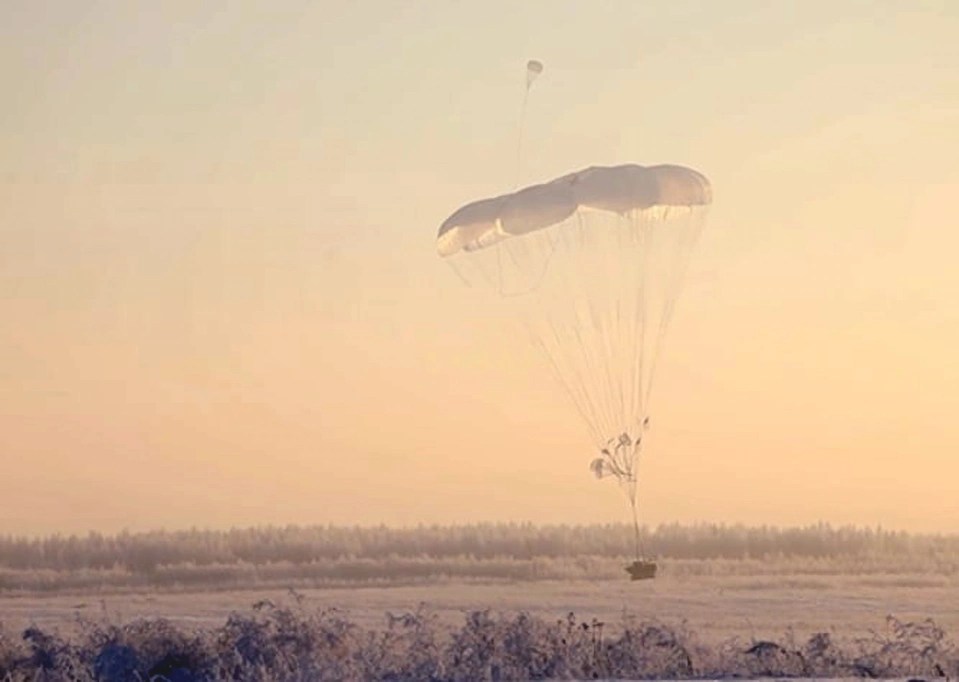 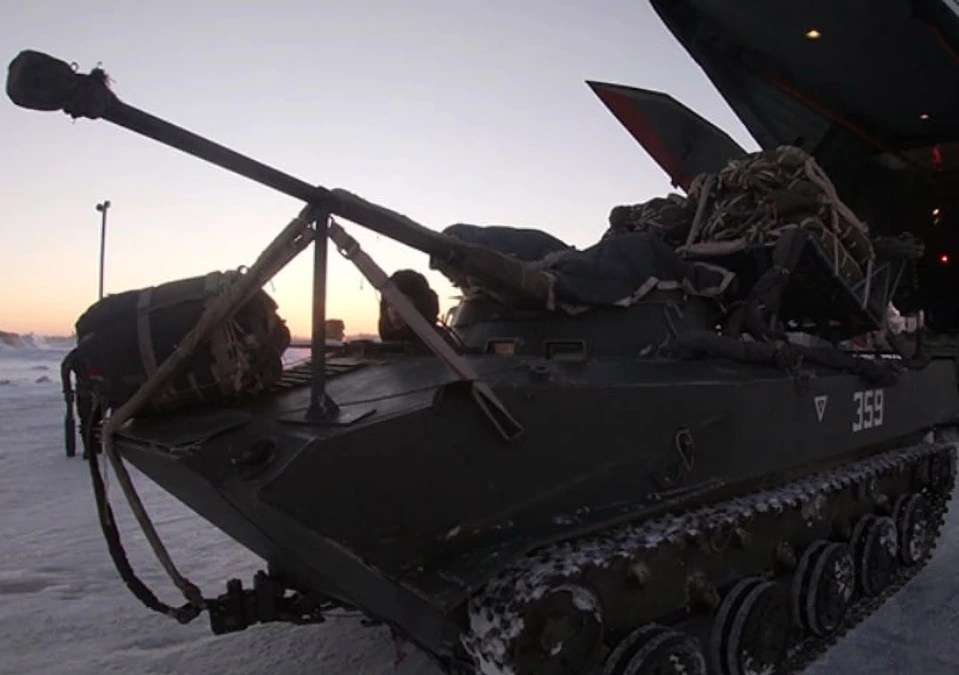 Footage shows the large vehicle complete with a long gun being parachuted along with other equipment out of a Russian military cargo aeroplane during an exercise near Kostroma, western Russia.

The images were shared online by the Russian Ministry of Defence, who said: "Near Kostroma, Ivanovo paratroopers carried out the landing of equipment from military transport aircraft to the Budikhino landing site.

"At the time of landing, the plane flew at a speed of over 360 kph. During the drop at the landing site, the air temperature was minus 25 degrees."

The Ministry of Defence also released a statement in which they said that "servicemen of the Ivanovo Guards airborne formation carried out the landing of equipment from the aircraft of the military transport aviation (MTA) of the Russian Aerospace Forces to the Budikhino landing site."

They added: "All devices and parachute systems worked, the landing of the BMD-2 weighing 8 tons and the P-7 platform with a load of more than 5 tons took place normally."

Meanwhile, Russia today revealed two Tu-95MS strategic missile-carrying bombers were deployed amid tensions with the West over unrest at the Ukraine border.

"[They] conducted a scheduled flight in the airspace over the neutral waters of the Sea of Okhotsk and the Sea of Japan,” the Russian defence ministry said.

A statement added: “The crews of Su-35S aircraft of the Eastern Military District’s Air Force and Air Defence Army provided fighter support in the flight."

The flight lasted more than nine hours and Russia made clear more flights should be expected closer to Europe.

"The crews of long-range aircraft regularly perform flights over the neutral waters of the Arctic, the Northern Atlantic, the Black and Baltic Seas and the Pacific Ocean,” said the ministry.

All flights are “in strict compliance with the international rules of using the airspace”, the statement read.

It comes amid mounting tensions between the West and Moscow over a potential invasion of Ukraine – with growing fears war could break out.

This month US intelligence detected Russia massing 175,000 troops on the border with Ukraine as fears of a potential invasion in early 2022 are mounting.

As the US closely watches on, Russia has warned Joe Biden is pushing the nation to the brink of NUCLEAR WAR.

"You know, it really could come to that," he said last week.

"If things continue as they are, it is entirely possible by the logic of events to suddenly wake up and see yourself in something similar."

Meanwhile, Putin's general has warned Russia's nuke launchers and hypersonic missiles are "ready for action" – further fuelling fears of an invasion of Ukraine.

Chief of General Staff of the Russian Armed Forces Valery Gerasimov said more than 95 per cent of Moscow's ground-based strategic nuclear forces are "kept in constant readiness for combat use".

But it's reported Britain and her allies are ready to use force to stop Russia invading Ukraine – despite warnings it would lead to the worst conflict since World War Two.

Defence Secretary Ben Wallace said the crisis was a key test of the West’s resolve to rein in Vladimir Putin.