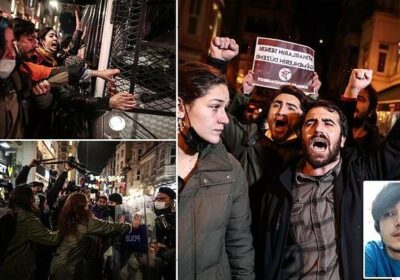 Protests have erupted in Turkey following the death of a medical student who openly denounced the pressures and anxiety he faced at his religious community dormitory on social media before committing suicide.

Second year medical student Enes Kara had discussed the pressures of being an active member of a religious community in Elazığ, east Turkey. In the clip, he claimed he had ‘lost [his] entire joy for life and enthusiasm’. 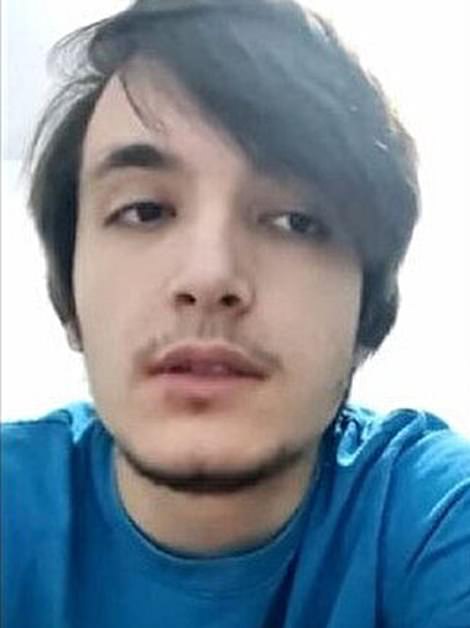 Second year medical student Enes Kara, 20, (above) had discussed the pressures of being an active member of a religious community in Elazığ, east Turkey before taking his own life on Monday. In the clip, he claimed he had ‘lost [his] entire joy for life and enthusiasm’

His friends at Fırat University Faculty of Medicine have joined together in protest at his passing at the campus, meeting in front of the faculty building and holding carnations in memory of their peer.

Experts have now also spoken out against the conditions that such students are made to live in.

The Psychiatric Association of Turkey said in a statement: ‘It is a public obligation to ensure that young people benefit from quality education, housing, food and psychosocial support services.’

The Turkish Ministry of Family and Social Services is also understood to have made the decision to block online access to Kara’s last video posted before he took his own life.

Mr Kara ended his life after posting an online clip in which he shared his concerns for the future and what he experienced in the religious community dormitory where his family made him stay to ‘develop his spirituality’.

Tens of thousands of heartfelt messages speaking in support of Kara were shared online in the wake of the student’s death, alongside the hashtag Enes Kara.

In the video message, recorded around a month ago, Kara, a self-described atheist, complained of having no time to prepare or study for his medicine degree because he was being ‘forced’ to pray in the community dormitory.

The funeral for Kara, who left behind a handwritten message before his passing, took place in the Belen district of Hatay, Turkey, on Tuesday. He is understood not to have been a practicing Muslim when he died, reports bianet.org.

On Friday evening, thousands of protestors had gathered following the student’s suicide, with a handful clashing with police, in Istanbul. 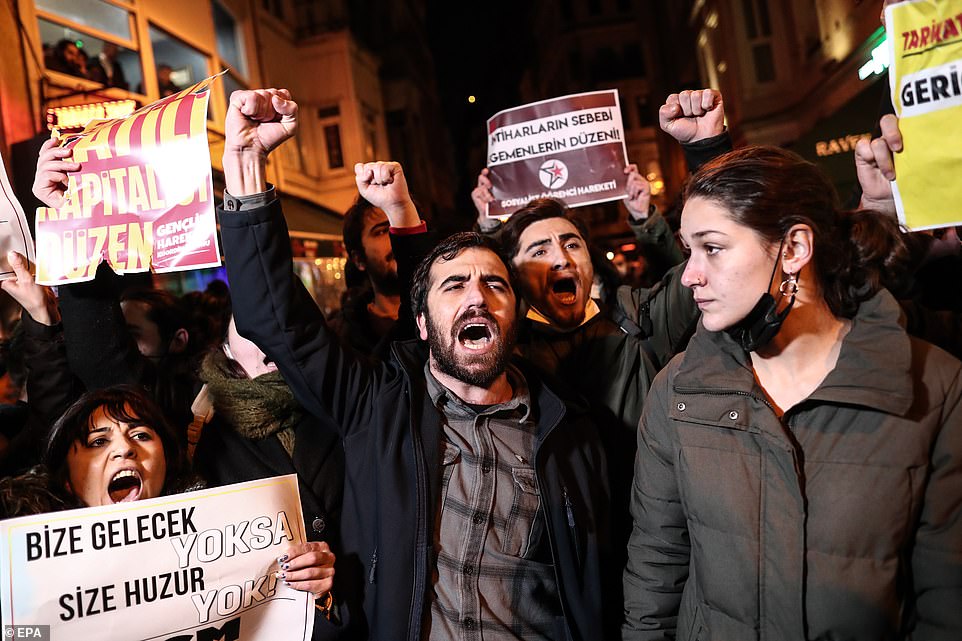 Turkish students took to the streets of Istanbul to demand change after the death of student Enes Kara. The protestors (pictured above) carried placards and chanted slogans on Friday evening 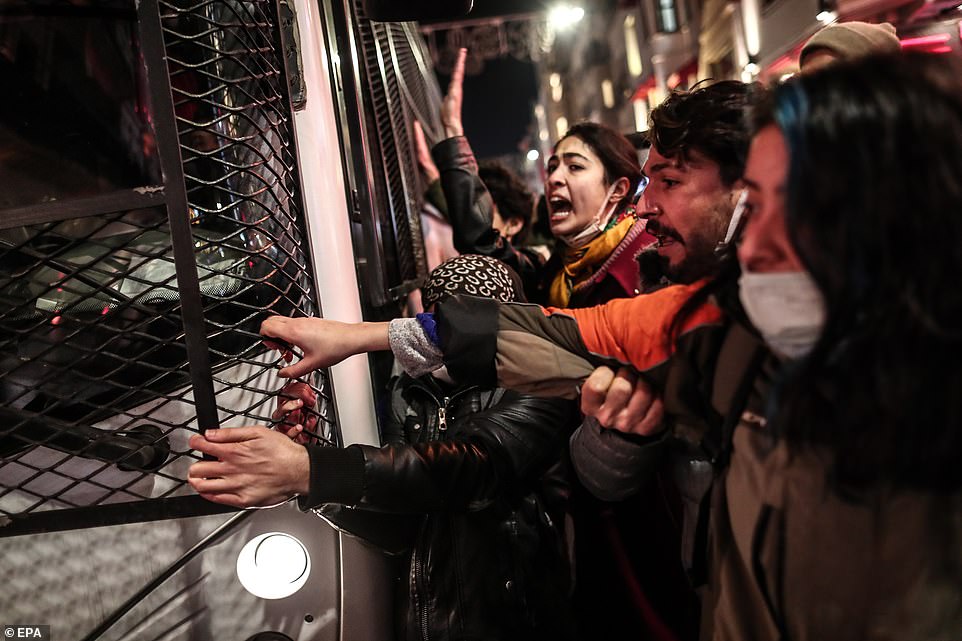 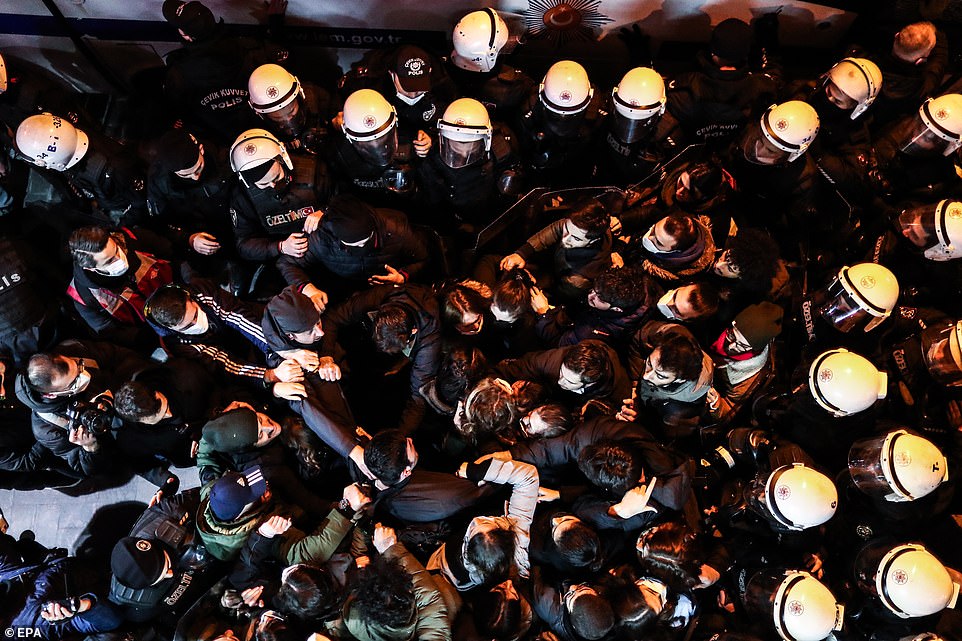 Kara’s passing sparked public outrage at religious community dorms in Turkey – a practice which the teenager controversially claimed ‘forced him’ to perform daily prayers, cook and clean and attend religious community classes before his death. Pictured: Turkish police clash with protestors in Istanbul on Friday

Students were seen holding signs and chanting through the streets of Turkey’s historic capital city. Pictures also showed at least one injured young protestor sprawled out across the street following clashes with police.

Popular Turkish singer Tarkan shared his sadness at Enes Kara being ‘driven to suicide’ with a statement shared online.

He was further crticial of parents who sent their children to be indoctrinated at religious community dorms: ‘Dear mothers and fathers. Before it is too late, sensitively and lovingly hear what your children feel and think and be unconditionally on their side.

‘Respect their free will, wishes and choices. Your priority must be their happiness. The lives they live are their lives. Your children are neither your property nor do they belong to you.

‘They are free souls who have come to the world through us, their mothers and fathers. Instead of putting out their light, let your children illuminate our hearts with that light.

‘Don’t forget that our main duty is to protect and look after our children. Not to make them serve the exploitation of bigoted and fanatical mentalities…’

The ruling AKP party has denounced the demonstrations. Vice Chair and spokesman Ömer Çelik expressed ‘deep sadness’ over Kara’s death, before adding that ‘every death should bring a person face-to-face with his or her own soul.’

‘Those who produce a fight, ideological revenge and division through the death of a young person is not acceptable and not moral’, he added.

The opposition Labour Party has since called on leading figures to fully investigate the circumstances surrounding Kara’s death, and demanded religious community dorms are closed to students. 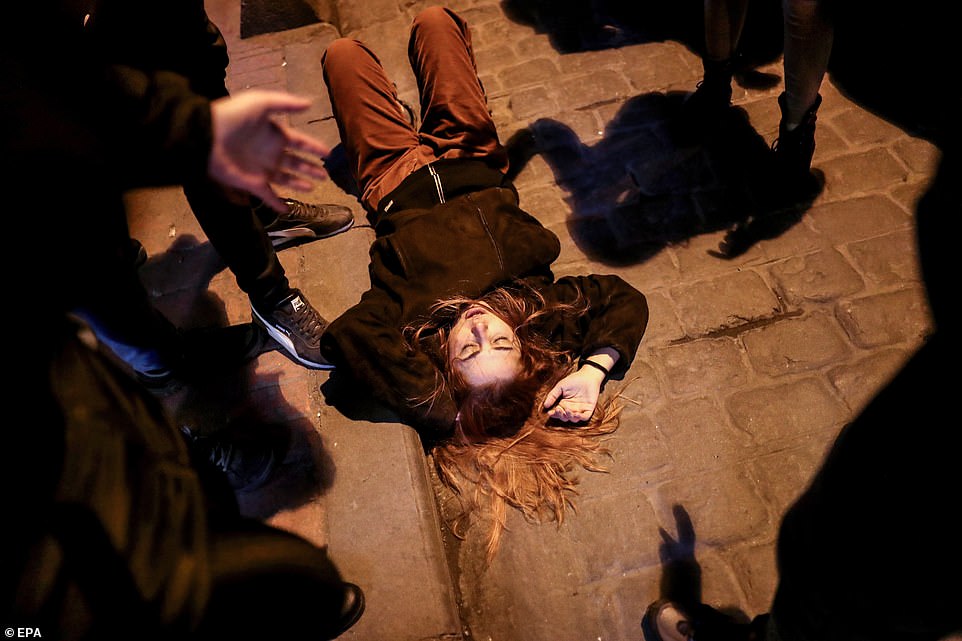 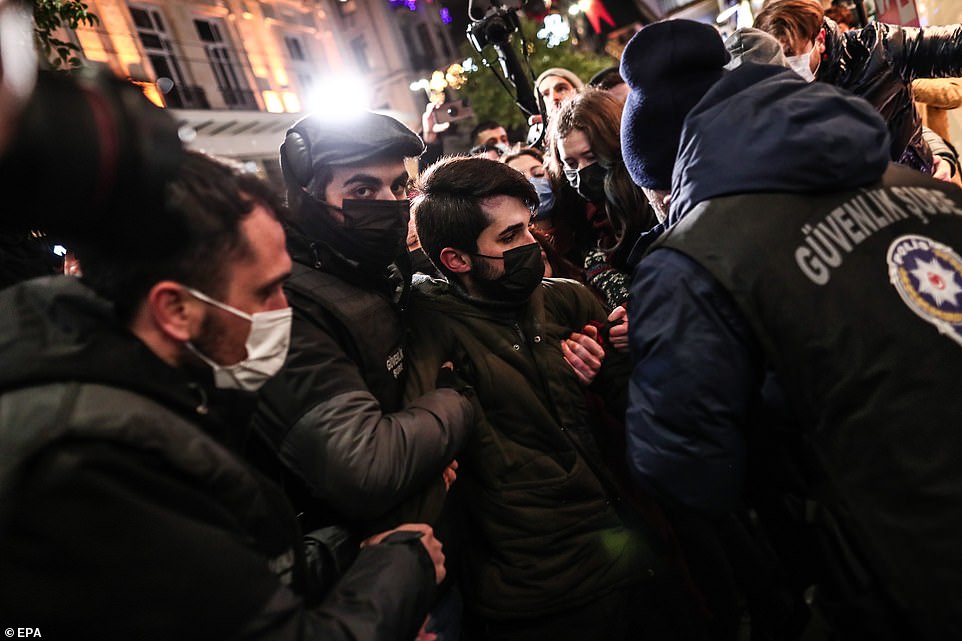 A group of Turkish students, wearing masks, are pictured grappling with police during protests over the death of a medical student in Istanbul 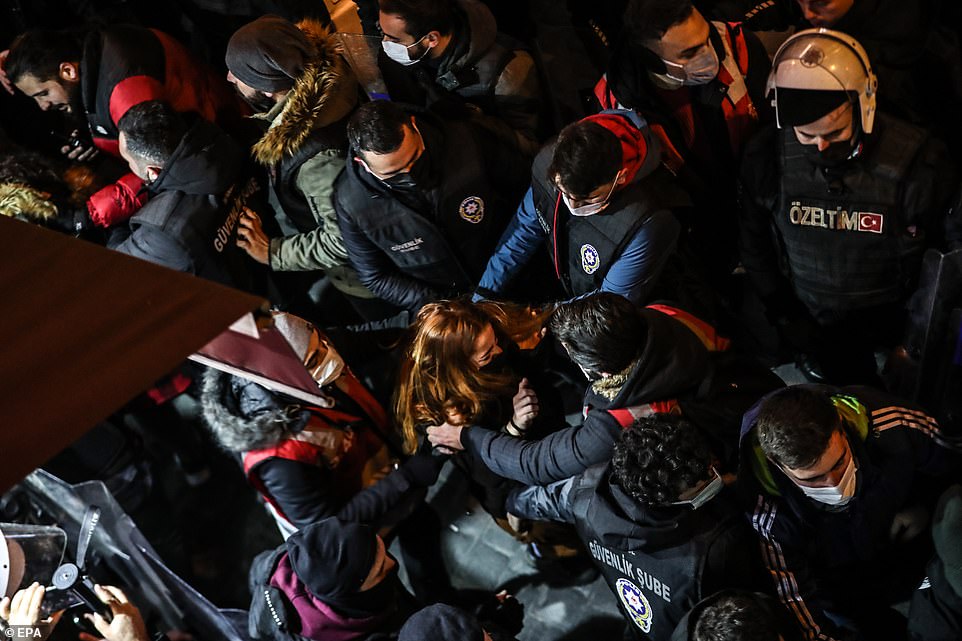