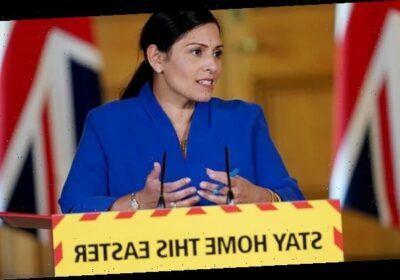 Priti Patel will lead a Downing Street coronavirus press conference this evening – the first to be hosted by a female Cabinet minister in almost eight months.

The Home Secretary will address the nation as the Government steps up its efforts to persuade people to comply with coronavirus rules and its stay at home message.

It will be just the fourth time Ms Patel has represented the Government at one of the events which have been a fixture throughout the pandemic.

It came as Crime and Policing Minister Kit Malthouse warned the UK is at a ‘perilous stage’ in the battle against coronavirus. 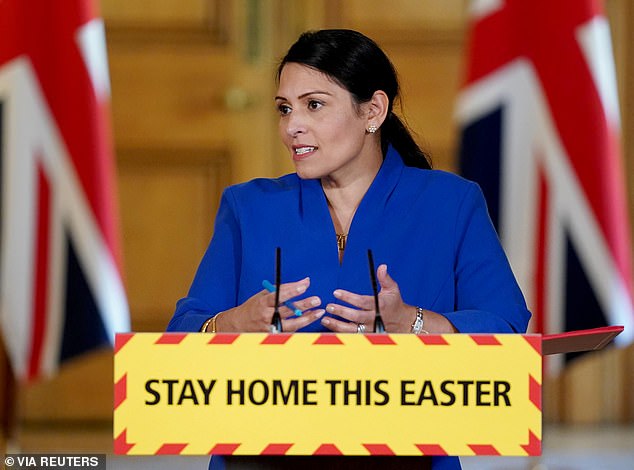 But she has not made an appearance since then with Number 10 having faced accusations from critics of having a ‘blind spot’ when it comes to using female ministers to get its message across.

It is estimated Ms Patel’s appearance will represent the first time in almost eight months that a female Cabinet minister has led one of the Government’s daily press conferences.

It is thought Ms Patel’s press conference on May 22 was the last time a senior woman in Boris Johnson’s top team led one of the briefings.

The Home Secretary is expected to use the press conference to urge people to adhere to the Government’s stay at home message.

Earlier today her Home Office colleague Mr Malthouse told Sky News: ‘We are at a very, very perilous stage in the progress of this virus through our country.

‘If we are going to get through this in good shape, and if we make sure that this is the last, big lockdown of the country, it’s very important that we all stick to the rules, and we see very high compliance.

‘The vast majority of people are complying happily, well, not happily, miserably, but complying, and recognising the emergency that we face.

‘But we do have a small number who aren’t.’

He added: ‘If we are going to make sure that this is the last lockdown – please God it is – we all need to stick by the rules and take it really, really seriously.

‘Unfortunately, we haven’t seen that in some parts of the country from a minority of people who are, frankly, letting the rest of us down.’